A quick review of the Keychron V7, the latest entrant into the popular V series. A 70% open source keyboard with QMK/VIA OOTB! 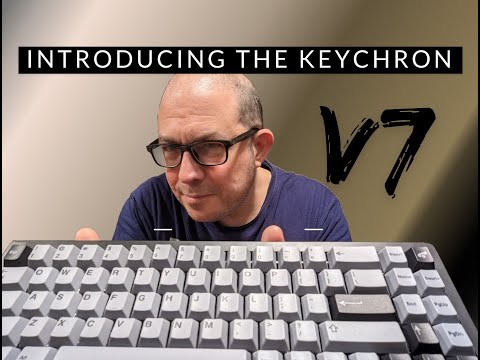 Because of holiday celebrations, I didn’t get to watch most of it. How would you say it compares with the V1, if you have experience with that? That seems to be the Keychron budget leader.

Also, I see that you used U4Tx. Does the board provide adequate silencing? I know the IKKI68 70% can be silenced very well.

It would look good with that set, I agree. It’s quite similar to the V1, solidly built. Keychron had certainly been knocking it out of the park this past year.

Being that the board comes with a steel plate and the U4Tx is not fully silenced, it delivers more of a deeper profile in my opinion, but I’ve yet to modify it.

Thanks. It would actually be a hard decision for me to choose between V1 and V7, hypothetically.

70% can dampen well, I know that. But I think I’ve seen people do silent V1. So…
[Personally, I think V1 might be good for a KTT Mallo build, as they do well on metal plates.]

WRT the U4Tx, do you happen to find any similarity between it and Orange ALPS? Someone is touting the similarity, at least as far as MX switches go. (I think you’d get closer with a half-dampened tactile Clickiez.)

From my limited experience with Topre, the U4Tx does bear a similarity in feel.

Looks like it came fully-assembled out of the box, despite being ‘barebones.’ Is this the case?

I’m wondering if it’s okay in stock form for silent switches. Like, no weird noises or excessive ping, noisy stabs. Because as I suggested earlier, it might be a good candidate for a budget silent build.

These V series come surprisingly good out of the box and I think would work well if looking for a silent build.