There are a bunch of Arisu layout boards running this year, I’ll update this thread with the ones I see.

Wings, $135 without switches but shipping is expensive (!) an in-stock from everyone’s “wuh?” YMDK. It runs QMK but it’s a fork and not in-tree:

Package Included Wings keyboard Assembled with switches + Cable (Only no keycaps) You only need to prepare a keyset can get a full working Keyboard.There is underglow RGB presoldered.No switch leds soldered. Additonal Keycap to make a full...

I’ve got this one on the way and will let y’all know if it’s any good when I get it.

AVA from Sneakbox (they did Disarray), $375 for the first three weeks: https://www.reddit.com/r/mechmarket/comments/kr2r8t/gb_ava_alice_plus_arrowkeys_minus_r_shift/ it’s moved the arrow cluster into the right shift area. Runs this Saturday the 9th.

Maja is running again on KBDFans: https://kbdfans.com/products/coming-soon-vulcan-x-kbdfans-maja-mechanical-keyboard-diy-kit for $329 in “2021 Q1”

oh has this been verified? Id rather this than the AVA

Front of the YMDK version looks too high for my taste.

I completely missed that, thanks!

Also not a fan of the integrated plate, Have that now with my drop alt and I am not loving the ping.

crazy to see it being cheaper than the drop alt though, awesome to have a full alu Alice style board for that price point

Worldspawn is also going to run a Gothic 70 with metal options at some point this year and it looks amazing. 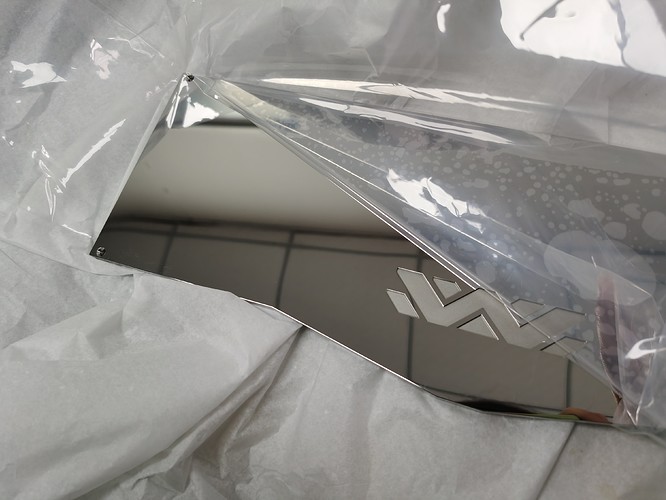 Currently my acrylic gothic 70 is barely functional and in a drawer due to a bridge I haven’t been able to locate. The most beautiful PCB is also very frustrating.

The Trifecta is pretty nifty looking in terms of Arisu boards: https://geekhack.org/index.php?topic=106197.0

The YMDK Wings got here very quickly, it even included a cable, conical metal feet, and what I think are stabilizer parts: 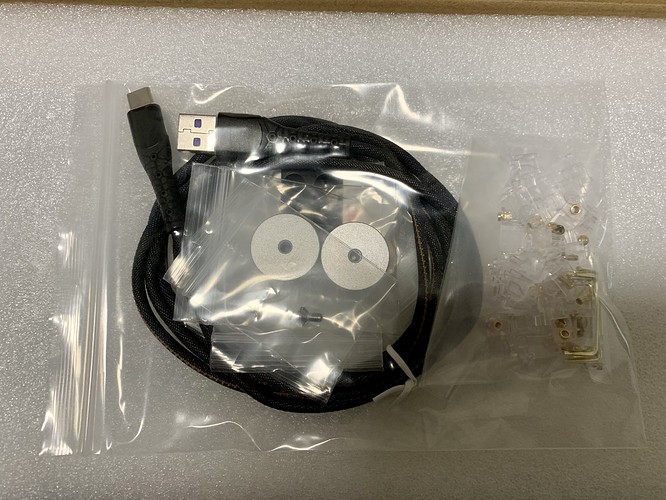 Built the YMDK Wings using Boba switches last night (and a few random sky silents because this thing got here so fast I was unprepared) and it was an easy build. One thing to note is that the acrylic midlayer for underglow is extremely thin, like thinner than most pasta. One or two switches were also tough to place in the superplate. But overall I had an easy time putting this together. The PCB also supports a typical 2U backspace with stabilizer cutout, but for some reason the designers chose to only allow for a split backspace layout on the plate.

There are also spots for standard 2U in-switch LEDs to be soldered in, but the cathode leg is marked instead of the anode so take note if you’re looking to build one of these. The printing isn’t clear and many of the -'s look a little bit like half of a +
I have a bunch of square white LEDs I might install but they won’t do much anyway because I’m using opaque Boba switches.

As noted by YMDK, sadly the PCB doesn’t support USB C to USB C connections at all.
The included cone feet unfortunately had the wrong size of screw, but I had another pair I could use. The bottom of the board also has very clean countersinking for the feet screws.

The default firmware is mystifyingly odd,

1000×352 42.8 KB
just look at that bottom row, and the top-right modifier area where one key is another space key. The good news here is that unlike many Arisu and Alice layout boards, you won’t need a second B key.
I remapped m0 to be on capslock using the YMDK configurator site that just compiles their fork of QMK for you. but that is a constant reminder that this board isn’t in stock QMK.

When I first built the Wings, it didn’t sound great, but once I got my caps on and used it a little bit more I’ve really come to enjoy the YMDK Wings. The front is pretty tall, and with the uniform SA row caps I’m using it only got taller, but I enjoy typing in the more ergonomic layout.

For $135 + shipping this board is an absolute steal for anyone who wants to try out the Arisu layout as long as you don’t want to hook it up to an iPad or another USB-C only device.

The AV3 ASH is another upcoming Arisu layout board, stacked clear acrylic makes it only $175 but I’m not a fan of stacked boards anymore and clear shows keyboard debris so easily https://iv-works.com/product/av3-ash/

Not sure I am interested either, but it does have some innovation. I like that it offers “plates” in different materials, and the stacked steel layers on the bottom to provide weight and angle are cool.

I miss the extra B key in the Arisu layout. Plus I think I have come to terms with the fact that I only need one Alice board. It is cool layout, but the hype has died off for me.

It includes a case I guess.

The type K is super interesting, as is the Meridian. I wish either had arrows.

I guess technically that’s Alice if there are no arrows, not Arisu. (Is that right? Idk)