I’m very new to the custom keyboard side of the mech keyboard experience, but I’ve noticed that bluetooth-capable keyboards seem very very rare on the higher end boards. Is that because the mk community generally dislike bluetooth?

Having the option to go bluetooth, and device swap, is quite enticing for me, since I’m frequently juggling between a personal PC and work PC and having two keyboards on one desk is not very aesthetically pleasing or optimal for space.

There’s a few kits and prebuilts I see with ‘dual mode’ but haven’t seen a high end build with that offering. I could just be not searching the right stuff or maybe bluetooth has fallen out of trends and I just got into the hobby at an unlucky moment.

This has to do with the construction of most high end customs, as they are made out of aluminum or other metals, Bluetooth signals do not propagate through cases well if at all. This could be solved by implementing a plastic signal band into the design, but would still result in diminished Bluetooth performance. This combined with the fact that many people use these high end customs for gaming, as well as the poor bluetooth support in QMK and VIA makes for a pretty difficult innovation path for case designers who would want to implement bluetooth, and due to the relative lack of interest in it over innovation in other areas of the case, (ei. mounting style, material, internal void space) designers most likely prioritize other keyboard elements, rather than bluetooth.

This is just my opinion and reasoning from what research I have done, I am not a high end customs designer obviously, but think I have some understanding of the issues that would stand in the way of implementing such a feature.

Aluminum is probably the biggest one but, bluetooth is also expensive to certify and techinally illegal if you don’t certify. To properly certify a bluetooth device at an approved lab in the US can cost like 10k. You can get a precertified module, which will cost a lot less and you don’t have to do lab testing, but you still have to submit a report to the FCC.

Dang. Those sure are a lot of barriers to having it in custom builds. That’s unfortunate, but something I’ll likely live with. Maybe once I’m back at the office more regularly, and not working at home, I won’t have a real need/desire to be able to swap back and forth devices. =D

As an addendum to this, I’ve been told (although I cannot personally verify) that the QMK firmware’s software license is a type of license that makes it difficult or impossible to include support directly in the QMK repo for several of the preapproved modules due to their own software licensing, and that this particular issue is a major part of why the newer ZMK firmware project was started with a different license.

interesting, could you link ZMK or some info on it? other than an alternative licensing structure, what are some of the benefits over QMK?

Here’s a link. I really don’t know all that much beyond what I said there. I think a lot of stuff that QMK has is still unsupported by ZMK, as it is deeply in its infancy.

I dunno, seems like you could always just write your own driver for the module, but that is probably not easy if you don’t know what you’re doing.

I’d never heard of zmk, that looks pretty cool, zephyr is definitely a lot more popular ime than whatever that os qmk uses.

Percent Studios is the primary high-end custom shop that includes a Bluetooth option. The PC Canoe and the Volt both support Bluetooth. Occasionally a GB will pop up on Z-Frontier or Geekhack that has a Bluetooth option, but as others have said it is not the norm.

I dunno, seems like you could always just write your own driver for the module, but that is probably not easy if you don’t know what you’re doing.

Yeah, I mean: that makes more sense to me for the long-term health of open-source software but it does require somebody to actually develop and maintain that (either for the foreseeable future or until the existing driver maintainers deign to open-source their work) so I understand it being a bit less attractive to folks who want to focus on keyboard firmware itself.

I’d never heard of zmk, that looks pretty cool, zephyr is definitely a lot more popular ime than whatever that os qmk uses.

I think QMK is built on ChibiOS?

Thanks for the suggestions.
Shortly after this post I stumbled upon some IC/GB that had bluetooth as an option. I’ll just have to wait patiently for the next year or so and hopefully another one comes up. =D I don’t mind waiting.

Having bluetooth as an option is just better overall. Though the coiled springs look dope, having less cables on the desk is more aesthetically pleasing to me.

Call me silly, but we need s a wireless usb cable, IE two dongles that simulate a usb cable. Dongle one plugs in to the computer dongle 2 has a battery pack to power it’s self and what ever you plug it into…

That would have to be one hefty dongle if you wanted to store a battery of any good capacity in it.

Ya, I’d imagine, their would be multiple sizes with different capacities, that would be priced based on it’s mAh rating.

Edit: I’d imagine it would be similar in size to the Corsair Qi Charging dongle, maybe a little bigger, depending on the internal battery capacity, as wireless charging and communication tech it’s self has gotten really small. 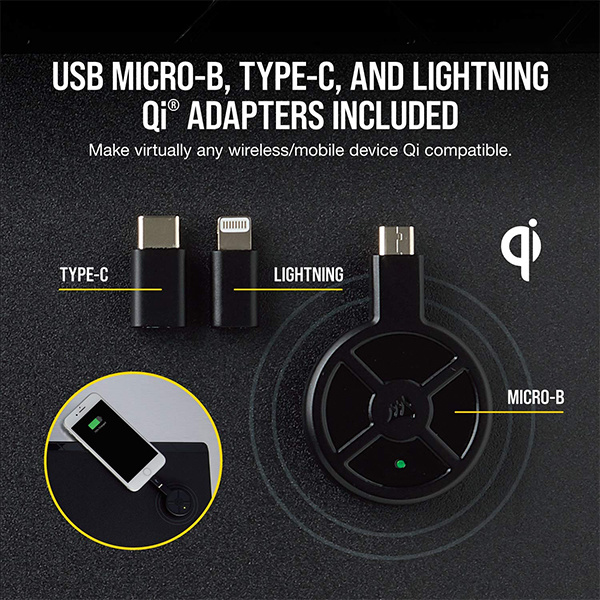 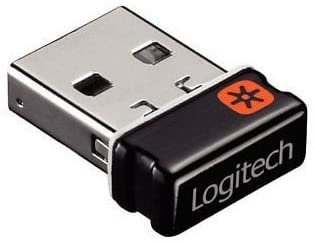 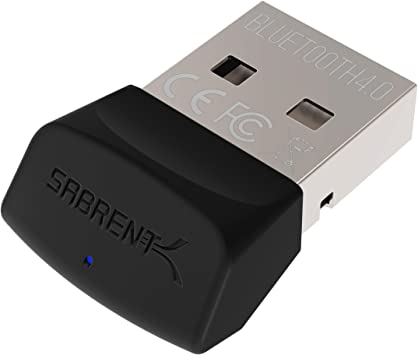 Edit 2: Looks like there was even a spec for it.

Wireless USB is a short-range, high-bandwidth wireless radio communication protocol created by the Wireless USB Promoter Group which intends to further increase the availability of general USB-based technologies. In large, IPv6 was a key of this technology. It is maintained by the WiMedia Alliance and (as of 2009) the current revision is 1.0, which was approved in 2005. Wireless USB is sometimes abbreviated as "WUSB", although the USB Implementers Forum discouraged this practice and instead pr Wi...

I have no idea what I’m talking about, but according to sparkfun hobbyists should be clear without certification.

What does this mean for a hobbyist?

Very little, actually, depending on what you’re doing. The FCC allows a hobbyist to build up to five devices of a single design for personal use with no testing whatsoever. If you are contacted by the FCC (or anyone else) about a matter of spectrum interference, immediately stop using the device, don’t use it again, and you should be okay. Stick to the ISM bands (13.56MHz, 27.12MHz, 40.68MHz, 915MHz, 2.45GHz, and 5.8GHz, +/- a bit for each) for added comfort.

Sure, yeah, but according to that as a hobbyist you can build five of them and it is probably safe to assume you can’t sell them.

Five per “single design”. Yeah, selling is a different story.

This has to do with the construction of most high end customs, as they are made out of aluminum or other metals, Bluetooth signals do not propagate through cases well if at all. This could be solved by implementing a plastic signal band into the design, but would still result in diminished Bluetooth performance.

True true. I’ve noticed most Bluetooth equipped keebs are made with a plastic (ABS/PC) case and an aluminum or steel plate in order to deliver reliable connectivity. What if the case was metal, and the plate was plastic?

I picked up this fiberglass plate that supports popular 61/64 PCB’s like the DZ60, YD60MQ, XD64, and GK64xs (Bluetooth). I dropped this in an Air Force Blue Tofu (Bluetooth Tofu

) and so far so good. It’s been about two weeks now with no pairing or disconnection issues to report. 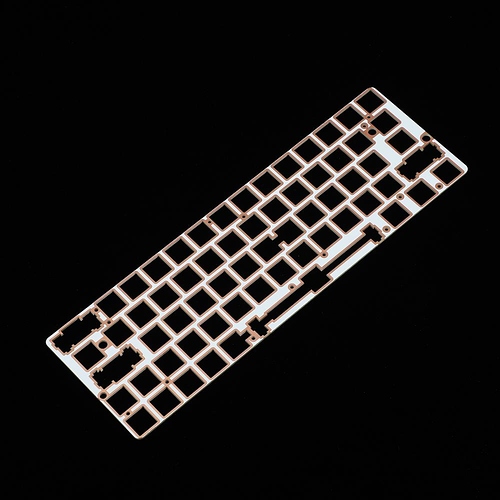 thats wicked, so the GK64xs pcb is compatable with standard 60% cases? I may have to pick one up and so some experimenting