Yea, I’ve tried it with two rings on the polycarbonate housing! There were no remarkable differences. I’ll do more intensive testing tomorrow!

Does anyone have a link for a used or new Realforce perfect for this? I see many types on eBay but unsure as to what the model differences are. Not looking for a silenced one, or any other variants.

I copped mine from the Fujitsu store and I think they still have the best prices.

The RGB ones have MX stems but have worse keycaps so I would only go that route if I was replacing them with a 3rd party set. The regular R2 is Topre stems with the nice PBT caps.

Thanks, that’s actually a really good point. I ordered the After-school keyset from Ryan as well and just saw they’re MX-compatible. So I’ll need to buy an RGB-based Realforce then.

Looks like Fjuitsu store is only for US based customers. I’m in Canada so I’ll have to find somewhere else.

Anddddd I bought the wrong breakout board, too. LOL. 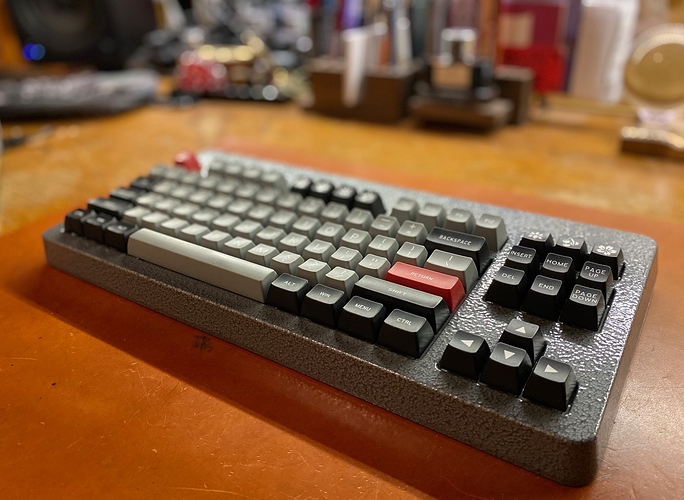 Screen Shot 2020-04-07 at 9.01.24 PM2078×1518 574 KB
I got my Norbaforce Mark II this week. This is my second Norbauer product and boy, he just does not disappoint. The Aperture has a mottled, texture black and grey finish that invites your hand to slide over its surface. There are whole worlds wrapped in the cells that live on the surface of the case. There is such a comforting solidity to the whole thing. At 2-3 kg and is an object of real substance. My obsession with the tools of writing has lead me from fountain pens and mechanical pencils to dabbling in typewriters and now to these mechanical keyboards. It is a connection, a physical connection to the words that I write that I seek and Norbauer has given it to me in a new way. I volunteered, today, in an online video conference meeting to take notes just so that I could be typing. The quiet reassuring thock of each key press was satisfying and real in a way that belies the impermanence of my digital scribing. I think a good part of the satisfaction comes from knowing that I have a part of the creation of this thing. I have lubed the rails and installed silencing rings on each slider. This collaboration between the engineers and factory worker in Japan, Norbauer’s relentless pursuit of perfection in case design, and myself in applying the finishing touches in exactly the way that I desire them has produced a result that completely satisfies me. Well, not quite completely. While I love the sculpt, sound, and texture my SA keycaps but the visual aesthetics are something that I am still waiting to change. Thank you Ryan, this is excellent work.
9 Likes
AccomplishedVacation April 8, 2020, 2:33pm #276

I’m typing on my VHS Norbaforce right now and you just sold me on another one. 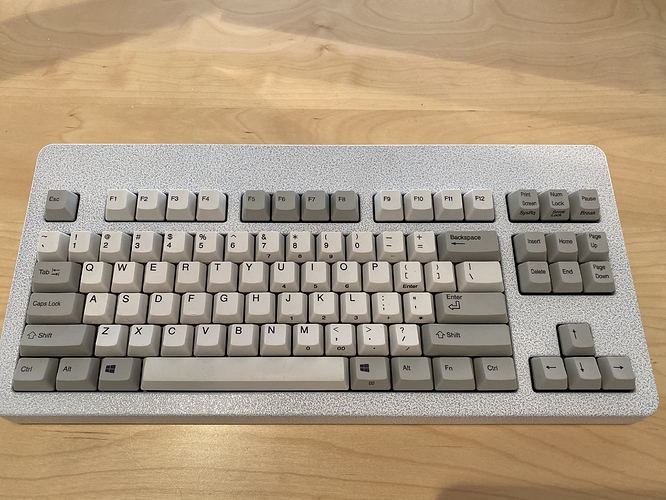 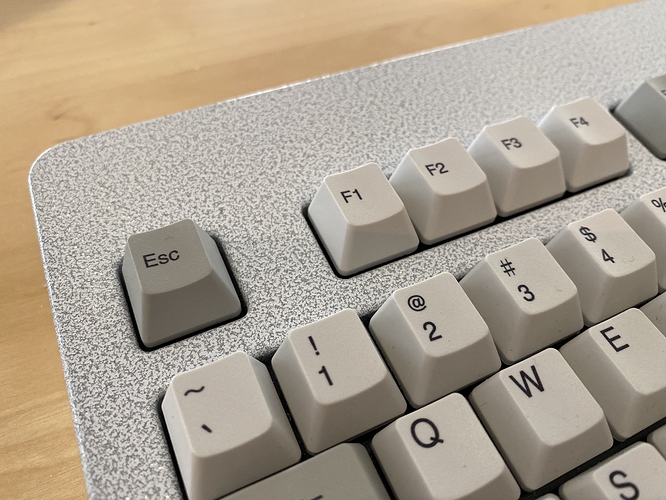 Perfect partner and colour contrast to my Heavy-6 Royal Wrinkle with BoB Leopold F660C, which has been demoted to use with iPad Pro.

I’ve been actively working and prototyping on this for some time now and have made a lot of progress. I’m currently experimenting with an entirely new mechanism for stabilization of wide keys, which seems promising. Switch lubrication I can take or leave, but rattly and wobbly stabilizers are, to me, the worst aspect of the MX experience, and I’m hoping to be able to offer an improvement there before proceeding with offering a full keyboard. But we’ll see. My solution is entirely postulational at this point.

My solution is entirely postulational at this point.

defnitely saw prostitutional and then something relating to prostate. anywhoo, that’s cool news. And yes, I did break down and buy a third FC660c for the polycarb heavy6 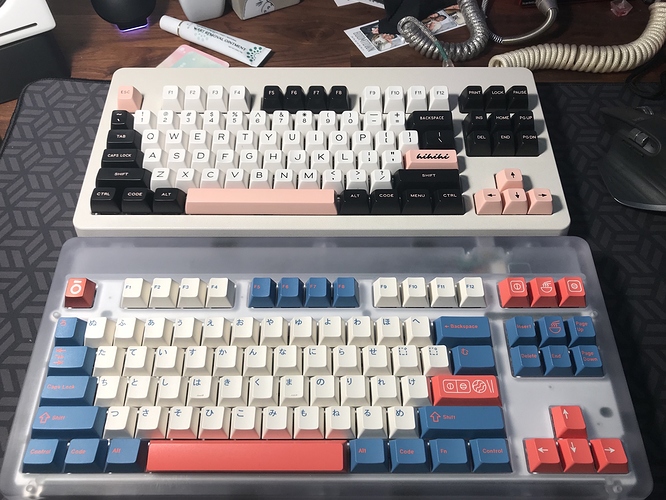 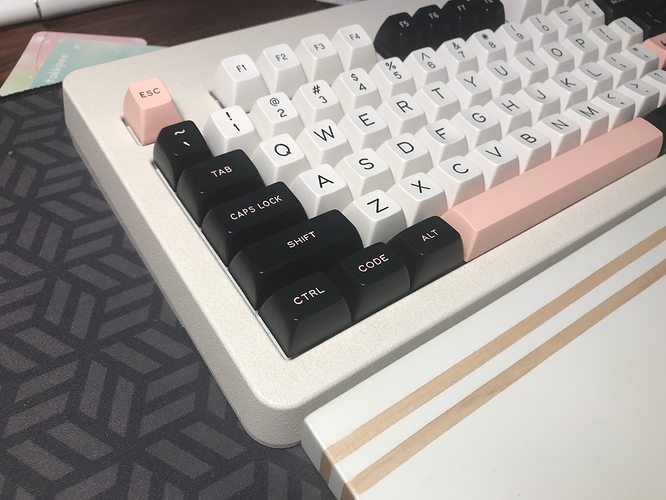 How many folks have used the realforce r2 rgb for this beautiful case? I’m looking at pulling the trigger to build this based on that board as I have been looking for both a tkl and a topre board for some time now. This could give me both but it’s hard to read on if the realforce r2 rgb is worth the investment. I’m unclear what other options would be for the norbaforce(I know novatouch bundle is available on originative but I previously loved my realforce tkl and the norbaforce vhs is just awesome). Also a note this would be for daily driver on a Mac so I’d be interested if anyone else is running the realforce r2 rgb on mac with any issues.

Thanks everyone, stay safe!

I guess I should also call out that I’m clearly interested in Mx keycap compatibility for this rig.

I guess I should also call out that I’m clearly interested in Mx keycap compatibility for this rig.

The R2 RGB would pretty much be your only option for MX Topre unless you wanted to order third-party sliders and swap them onto a normal R2 or 87U.

Reviews of the R2 RGB are mixed and I would agree that it doesn’t sound nearly as nice as the stock Topre without modification, but it’s not also quite so bad as some people make it out. Many folks here have reported good modding results to make it sound good. Most recently here. A foam or sorbothane liner on the inside of any of my housings is also a great idea, and perhaps especially on the RGB.

Got my astrophysical purple Mark II yesterday. It’s awesome, just like my tactical Mark I. My Mark I has been inaccessible since my work was locked down weeks ago, so it’s nice to be typing on a norbauer product again. 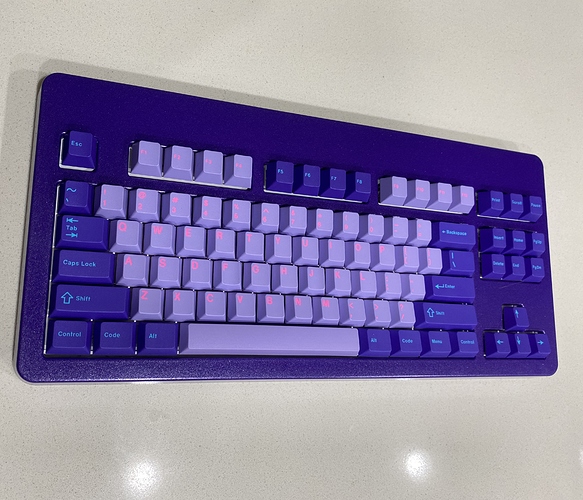 I have been collecting purple GMK sets while waiting for this to arrive. I liked Vaporwave the best, it’s in the shots above.

Still waiting on First Love to arrive, have my eye on Frost Witch. Probably going to stop watching Black Lotus now that I’ve seen the astrophysical in person.

Shout out to @ubben for trading me the variable domes I swapped in while I was assembling the case.

Look out for part 2, where I’ll decide between Carbon, Skiidata, Oblivion and Boba Fett on my aperture finish (and 9009 when it arrives).

on second thought, mitolet is actually a little bit too red for astrophysical. mitolet is the Delete next to the up arrow. 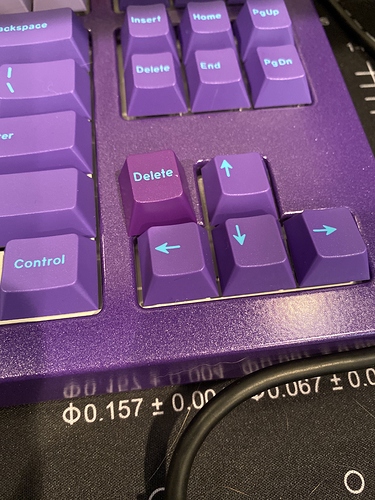 After sitting in a truck 30 minutes from my home for over a week, I finally received my MT3 Serika. 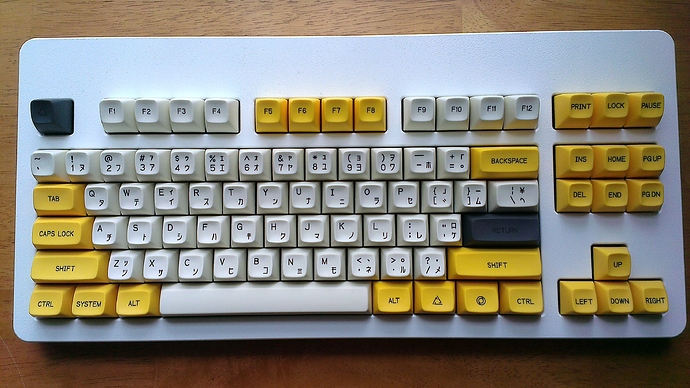 For anyone that has used a noise dampening sheet in the mark ii, what thickness should I be looking for or what have you had success with? Currently I’m looking at 1/8 inch think neoprene sheet here: https://www.amazon.com/Neoprene-Sponge-Rubber-Sheet-Rolls/dp/B07BKP6KFX/ref=sr_1_5?dchild=1&keywords=neoprene+foam&qid=1586770017&sr=8-5

Anyone have recommendations for material and thickness? I’ve been spoiled by pre-cut foam from mkultra for my Mx boards.

I used Silverstone Case Foam, which I think is 4mm, but the fit was definitely snug. I’m pretty sure the cable and ports for the breakout PCB kit are compressing the foam a bit.