Introduction & Origins
This is my first-ever Interest Check, and I’m very new to this process. I’m a software developer from North Carolina, and I’m an amateur board game designer. After buying an Ergodox to replace my MS Ergo keyboard, I found myself going further and further down the mechanical keyboard rabbit hole.

Ortho/dox Blues itself began as a pun. I wanted to make a sculpted keycap set with high Ortho & Ergodox compatibility, and I knew I wanted to use some variation of the portmanteau “Orthodox” in the name. Initially, I began building a set using liturgical colors from the Eastern Orthodox church, but eventually I landed on a fairly simple blue gradient design. 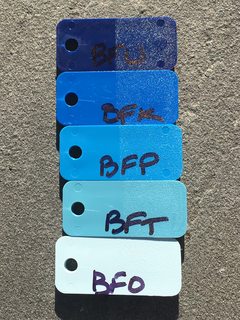 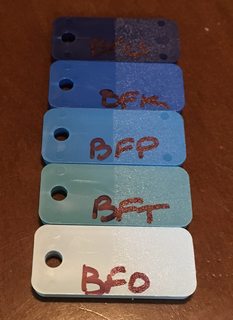 About the Profile
I currently use DSS Dolch on my Ergodox, and I’ve grown to really love the texture and sculpting of DSS keycaps. I noticed that there were very few DSS group buys on this forum or on Reddit, so it seemed like a great new market to experiment with.

DSS keycaps are doubleshot ABS plastic, and they’re produced by Signature Plastics. DSS keycap tops are spherical and have a slightly rough texture, almost identical to DSA keycaps. Unlike DSA, DSS is a sculpted profile; the overall positioning and angle of each row in DSS is a bit closer to that of the OEM or Cherry profile.

So why is DSA part of this set? It has to do with the bottom row. As part of the survey I ran back in September, I found that the Ortho/Ergo audience is pretty evenly split between those who prefer a flatter bottom row (like SA R3) versus those who prefer an angled bottom row (like GMK R4). Because the tops and overall shapes of DSA and DSS caps are very similar, and because the DSA uniform profile is highly versatile for vertical caps, it made sense to me that providing an option to mix the two profiles might be a pragmatic approach for an Ortho/Ergo keycap set. 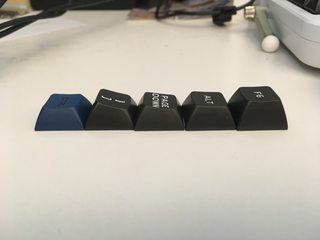 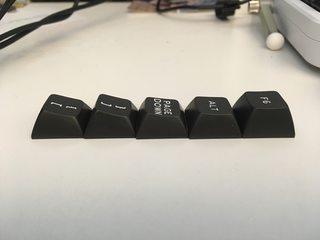 About the Kits
First and foremost, this set is meant to be Ortho/Ergo focused, but not Ortho/Ergo exclusive. That does mean that the kit design is a bit upside-down from what you might see elsewhere. Instead of setting up kits such that TKL users buy just one kit while everyone else buys add-ons, here the Ortho and Ergo users can get away with buying just the Core kit, while it’s the row-staggered keyboards that need additional kits.

The Core kit is similar to what other Interest Checks might call an Assembly kit: it provides enough keycaps to provide baseline coverage for a wide range of Ortho and Ergo layouts (Ergodox, Iris, Sol, Ergodash, etc.).

REMINDER
All images of kits are just simple renders, charts, and simulations. The font used will be SP’s standard Gorton Modified, which is not exactly the same as what is rendered. Kit contents are not final and are subject to change. 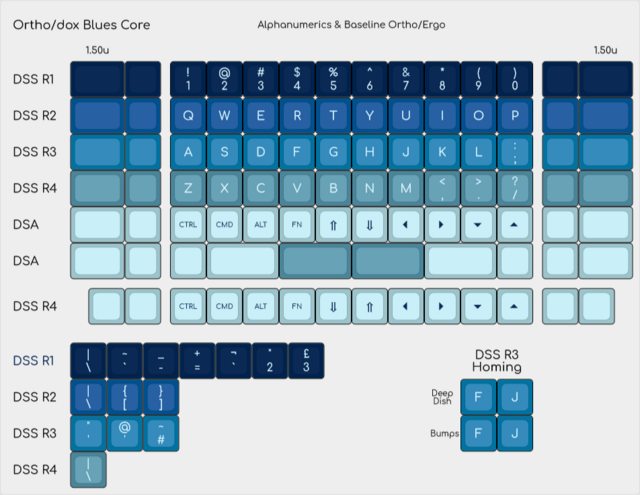 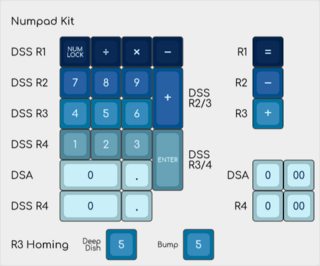 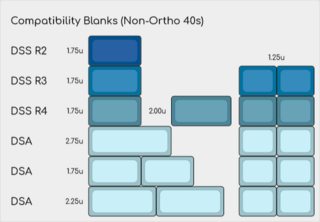 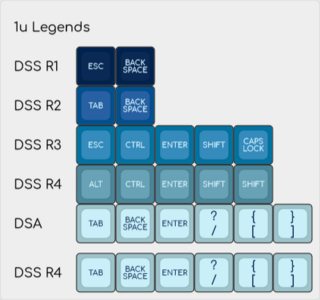 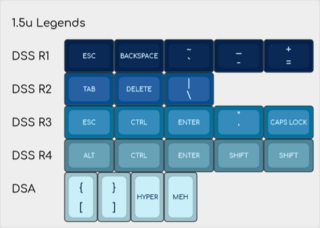 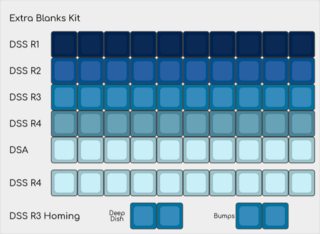 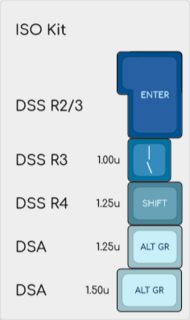 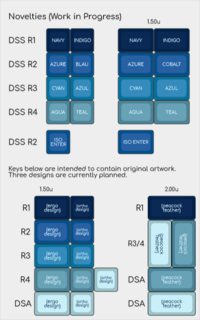 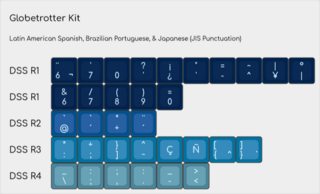 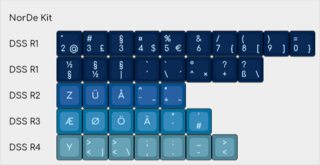 Boardwalk
(baseline requires only Core, this example includes 1.5u Legends and Novelties) 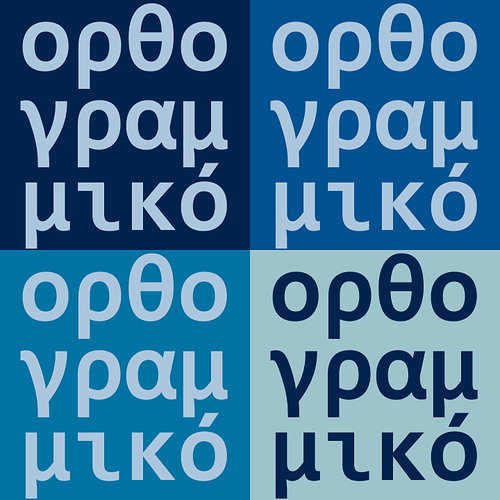 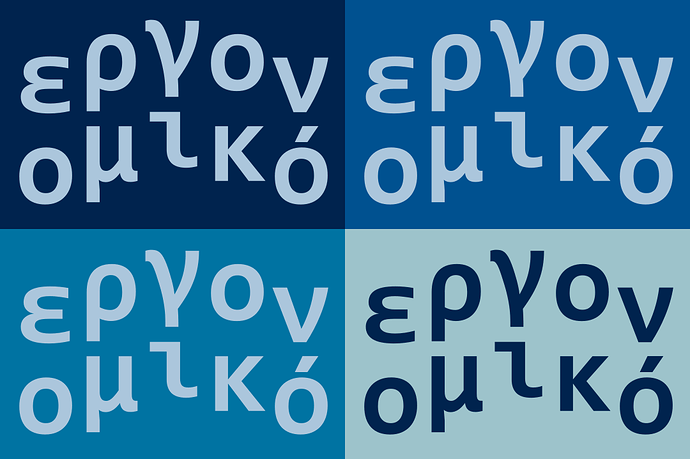 I feel like the blues are too sharp of a difference: I personally think they need to be similar in order for a better gradient effect to be achieved. However, I do absolutely support more ortholinear focused keysets. I also really like the profile!

I feel like the blues are too sharp of a difference: I personally think they need to be similar in order for a better gradient effect to be achieved.

From my point of view not having different percentages of red and green (RGB-wise) is more disturbing the gradient: R2 is a rather cold blue and R3 a rather warm blue. Those two IMHO bite each other a bit too much, at least in the renders and the indoor shot. And R4 has too much of a green tone in there (at least in the renderings and a bit in indoor shot while in the outdoor shot the R3 color looks like turquoise—thanks for providing these different light situations!).

But then again, maybe that’s also on purpose—or because of the historical colors the set started with. And I just noticed: these colors are like sea water: Every shade used could be the color of some sea’s water.

Independent of that: I like the idea of a gradient. With the gradient, using blank keys as generic modifiers—like in the UT47.2 example—doesn’t have the otherwise usually present emptiness on these keys.

I though must admit, that I probably wouldn’t buy that set as I’m usually not into blue. (My keyboards usually have warm orange or green tones with huge contrast, i.e. orange with black or a warm and dark green together with white.)

Just a quick note to those asking about the colors picked for the gradient: as a cost-saving feature, all of these are stock colors provided by Signature Plastics.

I’m stoked on this set. I love blues and gradients, and I use a Helix split ortho with Norman keymap. I’m looking forward to a sculpted set that has the correct letters on my keys.

I usually keep it in QWERTY because I don’t need to look at the keys anyway… but it does cause some amusement whenever someone else tries to use my keyboard unwittingly.