Keeping this sweet and simple for the time being so that this has room to be flexible in how I choose to pursue it. 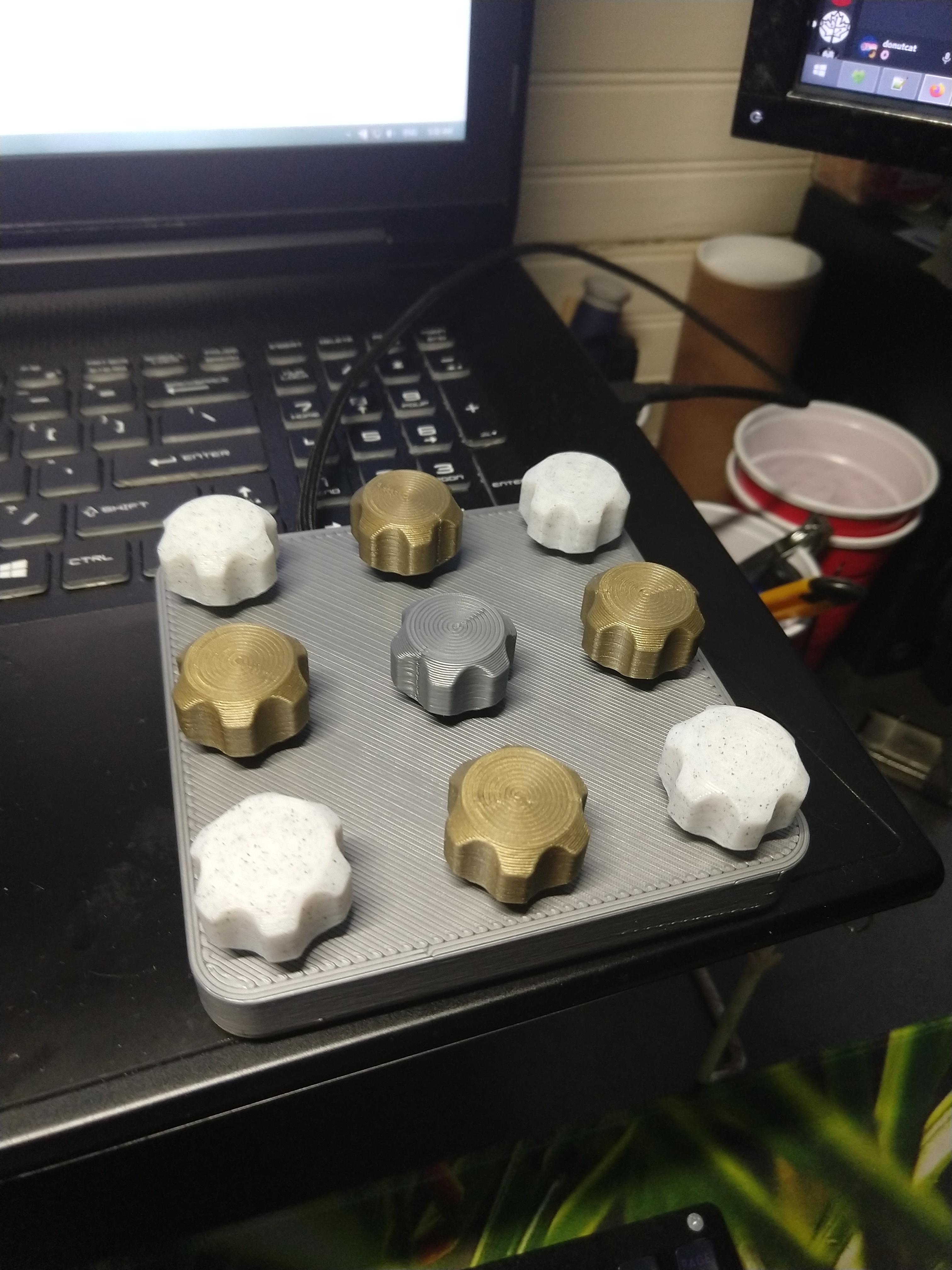 This is a little nine-encoder project that you may have seen floating around, with a build album link included. This one is hand-wired to a ProMicro as a test piece running off QMK, and is using a printed case and knobs. My main goal right now is seeing if people are interested in a small, budget-oriented, encoder-only project board as just something nifty to have. I’d also like to hear suggestions to what you personally might want out of a little board like this

Is it like a fidget spinner or what do you use 9of them for?

Right now each of them is set up with left/right/press/hold functions of volume down/up/mute/setvalue for different app groups on my pc. First one is systemwide, second one is active window, then Spotify, Discord, and Firefox, with the last four I’m working on setting up the usage for them.

As nine in one place could be too many for some people, an idea I’m tossing around is a snappable PCB that would allow you to do anywhere from 2x2 to 2x3, 3x2, or 3x3 setups all off the same base configuration.

Floof told me about this yesterday. I’m excited!

That’s pretty cool. I just recently discovered the Windows+G function on windows 10 that allows you to quickly access all audio sources for volume. It’s a really fast and efficient way to set things up. But this looks even better.

I’m just using AHK and NirCmd with a relatively simple script that’s just running a nircmd function when it receives a keypress. 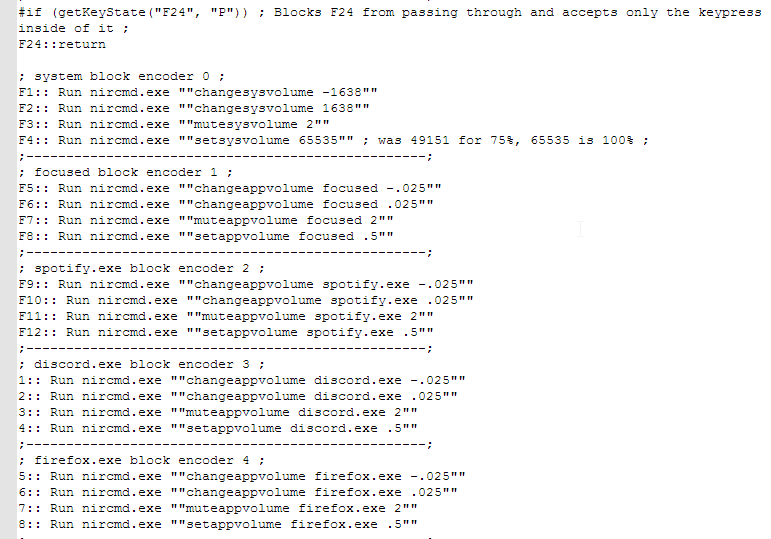 The "changeapp(or sys)volume commands are changing volume in 2.5% increments, muteapp(sys)volume is toggling mute on/off, and setapp(sys)volume sets volume to 50% for when I want to re-reference them. All the stated keypresses are “wrapped” inside a F24 keypress so that AHK can suppress the presses from being picked up by other running apps. This functionality is borrowed and adapted from Taran of LTT and his scripts here.

Eventually I’ll be moving to using AHK’s “hotstring” functionality and sending probably 20 character strings that will include info on what board, switch position, and layer the press was sent from in that identifying string. It’s gonna be super overkill, but I’m trying to setup my personal use case to be able to handle expansion in the future to utilizing stuff like a ScrabblePad as a function board while not worrying about running out of easily accessible addressing for my function usage.

I know lots of people won’t want to or can’t work with AHK and another app, so that’s the benefit of QMK giving as many options for assigning commands as you can work with.