[IC] The Cruciformer: a Tool for Fixing MX Stems

Sorry to hear about your family, but thanks for the update. Stay strong!

Work on yourself first! This tool will be useful but you’re far, far more important than it.

I have reached out to the CNC shop president and my independent rep because the wait is killing me. I’m going to start talking to other shops or in-community makers if I don’t get an answer back soon.

I have reached out to the CNC shop president and my independent rep because the wait is killing me. I’m going to start talking to other shops or in-community makers if I don’t get an answer back soon.

Just let me know if you need any help. For better or worse, I have lots of experience tussling with machine shops to get shit made.

Unfortunately, your experience is more common than not.

Cruciformer lives! I’ve met with the CNC shop a couple times since the last update. We’ve made some great progress and I’m super happy with having waited (although not 100% pleased with the wait, haha) because the tool has improved and we’ve tested it more. The first production run is being machined now and I’m getting ready to send some pre-production samples off to community members for feedback/reviews. I’m working on video of it in action and winding up my testing on accuracy, effectiveness, use, and longevity (all looking good so far!).

Thanks so much for the offer, I’ve worked some stuff out with them and we’re in production now, I hope it won’t be too long before tools get into the hands of others affected by stemageddon (boxgate? Stemgate? GMKquake?).

Update:
It works! It’s happening.gif! It’s being machined now and a first batch is ready to head off to anodization mid-next week! There’s been some minor changes focused on making it work with just the tool as well as with a jig. It’s now easier to use and remove. I’m testing it now and will release the data/findings with the upcoming pre-order announcement. Hit up the IC form if you haven’t already to hear when the pre-order goes live.

Iterative Improvement
There were mostly quality of life changes like adding a handle to help with use and removal, but also some improvements to the base design (check out the original IC for more info on the original design).

Testing
I’m working on several sample sets and will be releasing the data on the measurements of the stems before and after as well as leaving some ABS keycaps on pre-tool and fixed stems for some longer-term stretch tests. I’ve had to sacrifice some switches to see how error-tolerant using the tool is (it’s doing pretty well, even after dozens of cycles of misuse, the cutting edges are fine and the stems are at worst “loose”).
I’ve noticed some extra shavings in testing on the unaffected dimension that’s in spec, so I’ll try to break some of the edges that shouldn’t be unnecessarily shaved.
I’ll provide the test data of the tool in use in future announcements.

Next steps
Get ready for pre-order this next coming week! Since this is a pre-order and not a group-buy, the tools are already in production and it should be lower risk than a group buy. If you haven’t already, hit up the interest check form and I’ll email you too when the pre-order goes live.
I apologize for the occasional silence, a combination of waiting on the shop, personal loss, job transitions, and design changes have made this last longer than planned. We’re 100% moving forward with this right now. I hope to get some un-anodized samples out to community members. I will be updating with some demo videos, machining videos, progress pictures, etc. I’ll start a new thread for the pre-order when that happens, until then, keep checking this thread.

I’m still getting a better sample size (more than 100 switches) but right now, the tool is consistently trimming. I can’t promise anything, but I am planning to release the data on Cruciformer performance and durability in testing life-time. As with anything, performance of the prototype won’t perfectly match the final product, which should be better.

Great news! Have you try mounting GMK caps on box switches after shaving?

I’m going to, but I don’t have any GMK caps on hand (always been too expensive or didn’t fit my layout).
I have some SP DSA grab bag ABS caps that are standing it, but I’d like GMK because of how much more size-sensitive they are.

How is progress so far?

I helped put the last machining finish and visual QC on them on Saturday, just working through the last of the anodizating details to make sure it doesn’t damage the edges. I’ll expect the pre-order to go live tomorrow!

There’s a couple hundred of them ready for the first batch of anodizing. 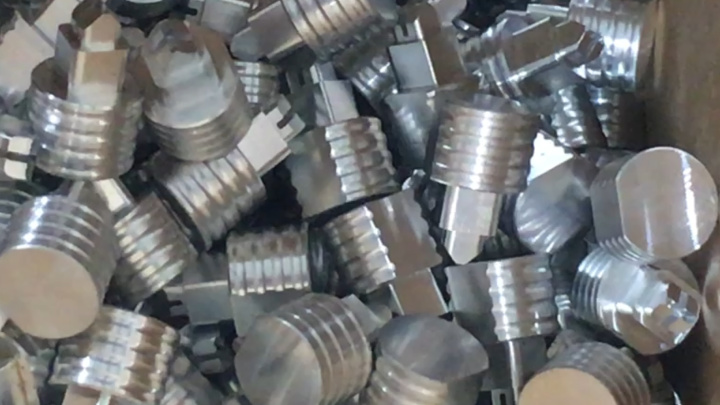 Exciting! I really look forward to this.

Will you share the link to the ordering page here?

Issues with the store kept me from opening it for orders yesterday, hope to get it out today or tomorrow.

Pre-order is open! It’s a soft launch, I’ll be dropping a video demo and the testing data soon.

We’ve decided not to anodize the first batch because it lets users touch up or sharpen the tool, and that was more effective than the anodizing over a longer life time (anodization sharper for longer, but can’t sharpen; not anodized, sharpen forever and still works for dozens to around a hundred of cycles between sharpening). If there is additional demand, we’ll release an anodized version, but for now, just a nail file or emory board will bring it up to sharpness again. My SP SA ABS test caps haven’t shown any signs of stretching and the stems are trimmed to the right dimension even when the tool is dull (more numbers and final details on the jig to come).

Payment done. Waiting for them to be shipped to Hong Kong.