What did you order today?

I love the design of that but the weigh limit of 400g per shelf is too low to be useful for me; and like you said, scaling it up quickly becomes A Project.

I don’t have the wall space by my desk for something like this at the moment, but I’d like to build something with slightly wider shelves for keyboard displays someday: 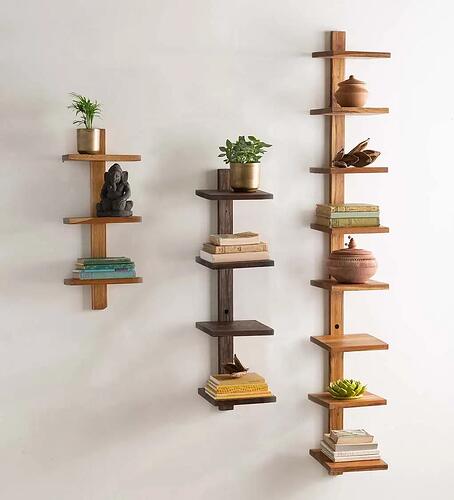 Yes, it was when I found myself watching dado videos on YouTube that I thought… “too hard” (I have none of the tools or access to a workshop)

I did think today wandering around the local hardware shop, that I could cheat by sticking to bits of 6.5mm thick plywood on top of each other where the top one is cut into smaller pieces that leave a 6.5mm gap for the shelves…all I need is some small screws, a handsaw and some woods glue (and someone who can saw a straight line)

I do like the shelves you linked! Nice looking, just need longer shelves

Ha, yes! I ordered one the same day - I learned the hard way why they’re useful.

We discussed our budget for the year. I then ordered a navy Malicious Ergo from CannonKeys alongside an extra PCB and plate, a long screwdriver, and a handful of Cherry clip-in sets

Woodworking is a rabbit hole just as deep as keyboards. They have some overlapping features in terms of cost and the reward that comes from tinkering until something is just the way you want it.

I wanted to cut a half lap in something a few years ago and ordered a beefy router and a bit and then a router guide and some hoses and equipment to improve dust collection and then more bits and a router table and a better guide and more bits.

Anyway, your idea to cheat is a great one!

I’m not sure how wide your pieces would need to be, but a simple miter box (example) could be just the thing you need? Also, fancy tools are definitely fun, but you can make a TON of projects with just a cheap circular saw (yard sales are great for these), a good straight edge, and a decent drill and impact driver. Feel free to PM me if you want to bounce ideas off someone.

Has your Portico75 ever lost its QMK bindings and returned to factory default for seemingly no reason between plug-ins?

I have the older Portico, the 65% one - and while it hasn’t done that, it does have some other quirks.

Most notably, if the lighting is on for more than a few minutes, it derps a bit, usually losing a color or two in part of one or more rows, sometimes with flickering. I generally leave it off, but it does look nice with the polycarb case and all. Aside from that it’s been a reliable workhorse for the past year or so.

I’ve updated the firmware once so far, which let me use VIA, but I otherwise haven’t changed much with it. (That didn’t help the RGB derpage.) The foam gaskets are starting to go; I’ll replace those along with the plate when it arrives in the mail this week. 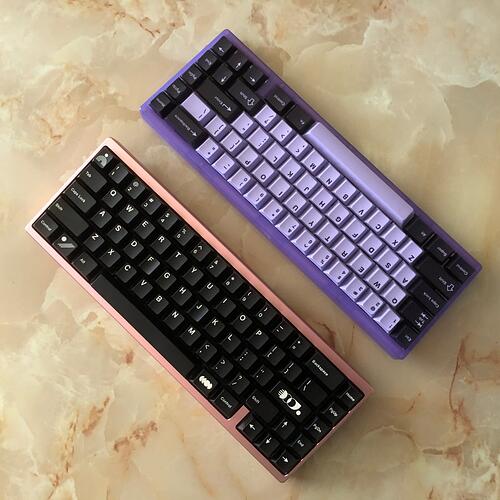 I also have the aluminum one, the Portico68 Black Label - which is honestly my favorite keyboard right now. As far as I’ve seen, that one is free of derp, adds a daughter board, has an open-source plate… it’s the 65% Portico all polished-up. They said the current run is the last one - but also qualified “in this form” - so who knows, they might do a bit more with it, and I hope they do.

I also hope they can resolve the amnesia issue you’ve experienced with the Portico75; it seems like a great keyboard otherwise.

Thank you for your reply and ideas! I went off to Bunnings (local home depot …) and got myself a (cheap) mitre box with saw - the nice one from Stanley wasn’t available unfortunately.

I’ve also bought some craft plywood and wood glue and screws as well as some clamps and screws, and an angle thingy

I m blaming you for this shopping trip, obviously

I’ll let you know how I get on! Good idea about the yard sale - there’s a market on on Saturday where they have all sorts of old/used tools

I’m blaming you for this shopping trip, obviously

Good luck with your project! Feel free to reach out if you have questions and/or share some pics of your project.

Thank you! I might do that when I undoubtedly get stuck

my niece did the math, my friends kid has done woodwork in high school - surely this will work out…(famous last words)

I meant to order Ajazz Diced Fruit Kiwis based on @Deadeye’s review, but ordered Bananas by mistake.

Probably going to regret it. I haven’t bought a Durock switch in a long time. Got tired of having to mod them. Sounds too good to be true.

*4mm travel with bottom out stem. 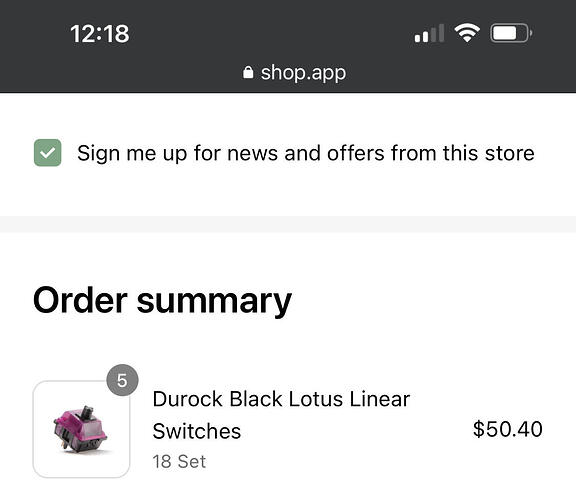 Top housing appears to be “Modified PC & UPE Blend”, not nylon. Let us know how that combo sounds when you get it. 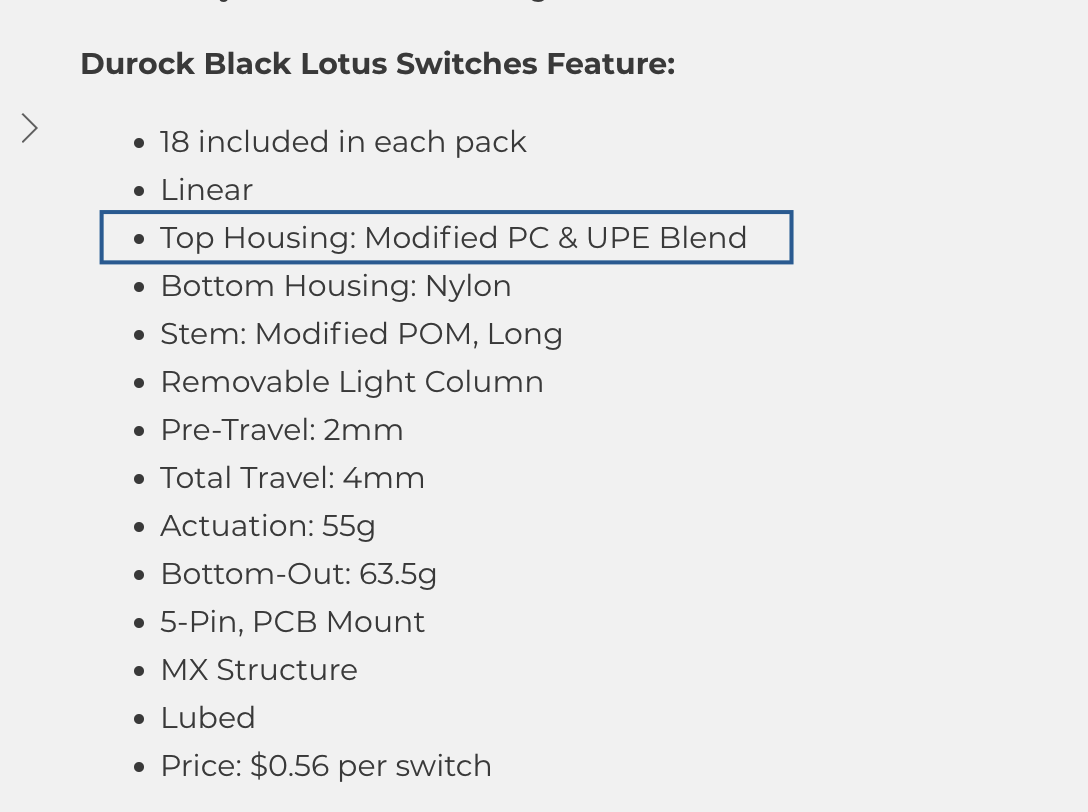 UPDATE: Found a couple of sound test videos on Youtube. First one sounded low-pitched, second one sounded similar to Banana Splits. Don’t know how it’ll sound in person but I liked both.

Interesting. That diffuser shape seems to be a fad at the moment.

Looks like the housings feature the same double rails in the top housing found on JWICK Semi-silents and Ginger Milks. Interested to see what you think of these once you’ve had some time with them.

Unexpectedly found this set at PovertyKeys. I have 3 sets of 21kb keysets so which I’m pretty certain this is the R1 keyset made by Xiami. On sale at half the price ($32). If you’re like me, you may have to use micromesh to change texture and smooth out edges to be a bit rounder to be more like ePBT. As with everything, it’s a tedious task but the result will be thicker ePBT (1.7mm!).

I picked up the ones with Hebrew sub-legends at PovertyKeys - I think they were maybe $40 and they easily seem like the most bomb-proof durable caps I’ve laid hands on. 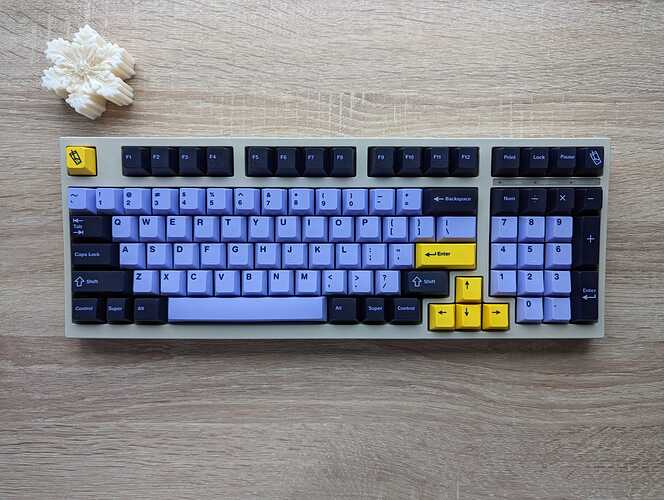 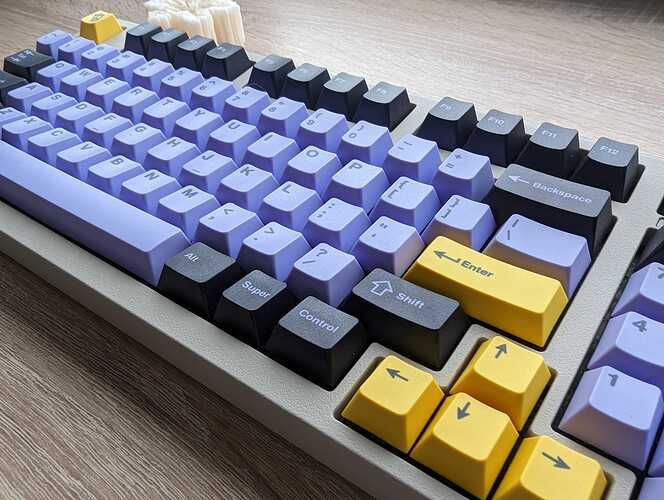 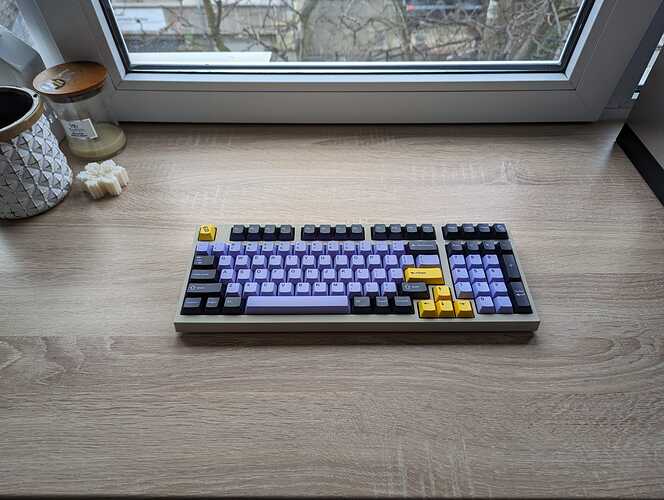 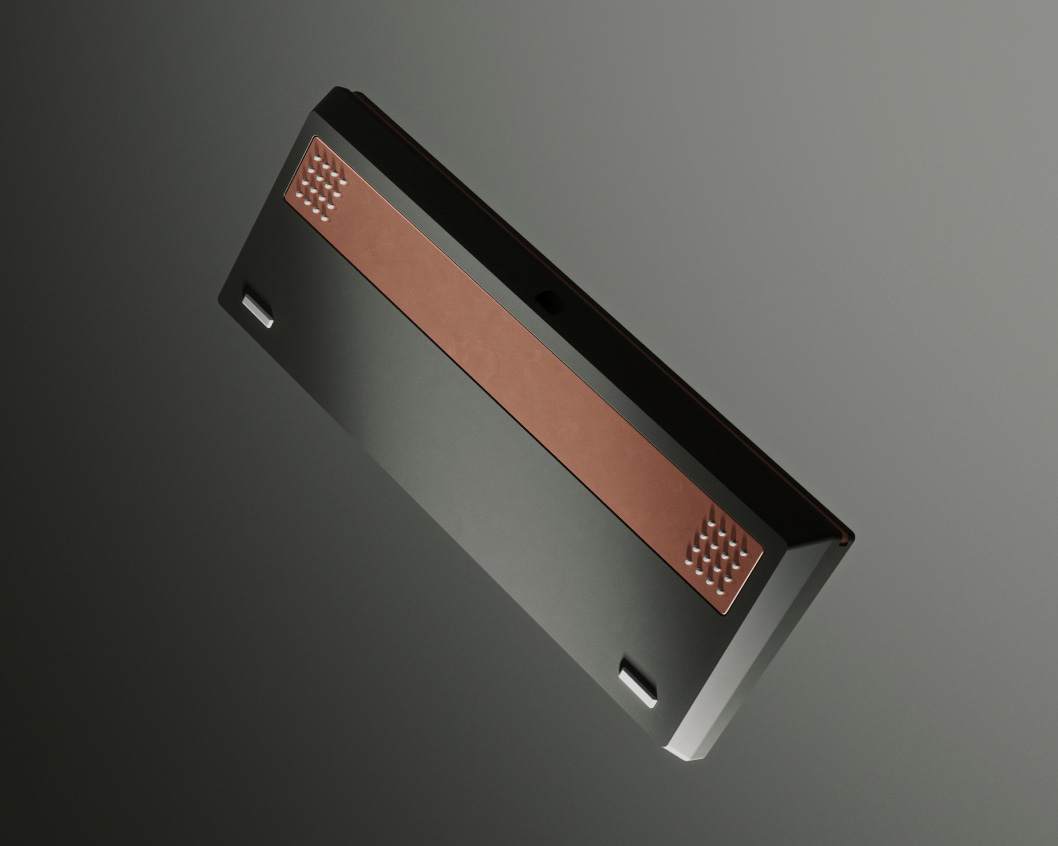 The wood accent got me.

LOL. I started looking at the options on their other boards when I saw the wood on the envoy. The white oak was out of stock for the sonnet. Love the wood accent.

Need an option that showcases it while in use.