Which Lube for Switch Lube: An updated guide on the what, how, and where of switch lubricants

I’ll be interested to see if anyone argues the other view and what their points are.

Hello Christopher! As Krytox GPL205g0 and Tribosys 3204 / 3203 alternatives are difficult to get in Europe, I started on Ebay selling these products. As we are a startup from a couple of enthusiasts formerly working at DuPont, we also sell custom made GPL205g0.

The only reasons I believe someone would use the same switch assembly in its entirety:

1- They have a switch opener with a built-in modding base, and no modding stations. It’s one of the reasons why I plan to mod each switch I get one by one. An example is one of those KBDfans alu switch openers which have the switch tester built in (same as I plan on getting). Since you can only have a single switch open and in the base/slot, you mod them one by one and automatically end up using same parts for the assembly of the switch that you opened.

2- Avoiding dust etc from making its way into your modded switch, causing you to mod or complete each switch one by one. Same result as point 1.

3- You aren’t sure if you can do all the switches in a single sitting. Maybe you mod 10 or 15 each day so you don’t hurry at the end and each switch gets same attention… Same thing then. You probably will do each switch one by one.

4- Being a newbie, you don’t to risk anything. Or maybe like me, it’s more satisfying to the individual that the parts go together to the same switch at the end.

5- This point is something I have seen when trying Franken switch assemblies with the switches on my huge switch tester.
I removed two switches, made a Franken linear, noted how it felt at the end, and then put the switches back together as they were originally. I immediately noticed that the top housing of one of the switches (that went on the bottom housing of the other), actually had a bit more play after being fit with the other switch’s parts.
So, it’s possible the fitment of even a similar type of switch be different for each switch. Thus is why we use films no? Some people actually only film the switches with a lot more play. Some people do them all. But those who film some always say that others didn’t need it. The reason probably is because the switch was a bit looser in its housing contacts… The plastic or whatever material prongs. So it’s possible a switch top housing is tighter and once it goes onto a looser switch’s bottom housing, it becomes too loose for its original switch…

I hope this makes sense. Just my own thoughts and theory using a bit of practical stuff to base it all upon. XD

I still mixed and matched before I had a switch opener. I took them all apart, bag lubed em and put em back together. I often am unable to finish a lube job in a single day. In fact, as we speak, I have an alps board with its guts laying all over my kitchen counter. Not saying you’re wrong, people are different so you could be right!

My suspicion is people who reassemble switches with all their original parts do so because they believe those parts have been broken in together over time and mixing up the parts would be like putting your foot in someone else slipper, even if it’s the right size, it wouldn’t be a perfect fit thus you would compromise your switch’s best potential for smoothness. That’s my theory anyway.

Yeah lately ive just been buying switches 200 at a time, take them all apart, and then when I’m ready to build a board just pull out piece for what I need and lube them and reassemble.

Damn… I would be forever afraid of damaging the parts @dwarflemur

Updated the guide with a new store SpecLub. Haven’t tried their product yet but I should have some coming in eventually. They have stock which is a rare find nowadays. I’ll try and report back once I’ve reviewed their “equivalent” 3203 and 3204.

Damn… I would be forever afraid of damaging the parts

I use one of these and put the different parts in each corner and the springs in the lub bag. That way I can just put it out of the way when not needed, and I can keep the lubes and paintbrushes and switch openers in the middle.

Your link doesn’t work for me but assuming it’s some kind of organizer case usually used for crafts/jewelry/beads etc. If so, I do the same thing and have never had a problem with that kind of storage.

weird, the link works for me. It’s not even that, it’s just a big tray. Maybe an organizer one would be better… 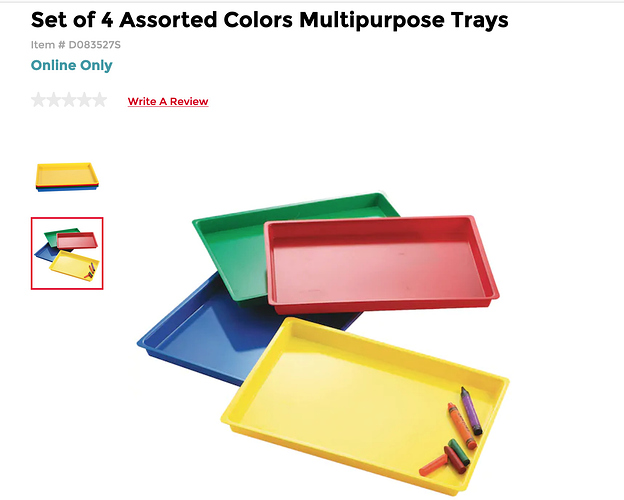 I use them to store my crayons

Might be a weird US/Canada redirect issue. Anyways, if this link works, this is what I use: https://www.michaels.com/deep-utility-organizer-by-recollections/10324327.html

Allows you to define your own bins to different sizes by adding and removing dividers.

bruh ngl I still got a bunch of crayons, sometimes you just gotta bust them out for a drawing. If someone asks for an explanation like they’re five of something you bet they’re getting a crayon drawing (no matter how complicated it actually is) lol

Ah yeah, I might even have one of those somewhere, it would definitely be nice to relieve some anxiety about what would happen if I knocked it off the shelf

Personally I would just go for empty ice cream tubs or biscuit boxes if I found no actual boxes to put the parts in… Easier to store too.

If you’re trying to be economical most plastic takeout/leftover containers work great and you can label what stems, springs, or housings are in each. Just make sure there isn’t any oily residue left as chicken wing grease is a suboptimal lubricant.

Plus, if you’re anything like me, since you are repurposing the containers, you will not feel AS ashamed when out of laziness you start using said containers to tub lube your stems and springs.

I use yogurt cartons for storage for a lot of stuff, those would work well too

Plus, if you’re anything like me, since you are repurposing the containers, you will not feel AS ashamed when out of laziness you start using said containers to tub lube your stems and springs.

I feel this one for real lol

I’m the target group for this

Based in Germany, I couldn’t get Krytox nor Tribosys easily and used SuperLube after being encouraged by this reddit post. I’ve used a mix of about 3:1 grease to oil, and it seems to work fine (on Kailh Speed Silvers, Gateron Yellow, Black, Red. Though the lube seems to stick a bit less well on the Silver stem).

In the meantime, I’ve found @KEYGEM who also sell Krytox. I’ve been debating to get it for my next build, but lacking any real comparison I’m reluctant to spend 4x the price (at least 280 Euro / 100g) when I already have working lube (~70 Euro/100g). I mean even if it’s “better,” is it 4 times better?

Just added them to the vendor list as well, thanks!

Has anyone lubed PE stems? What should I use? I plan on putting them in cream housings lubed with RO59 but I’m not sure what to put on the stems.