I replaced my case with a white one, before it was black, now that I have lubed my switches and stabs, can you show me some white setups? also I am still thinking about getting a SA or maybe just agmk clone depends i might go bow or wob or maybe just SA with white and black

MT3 has a similar height to SA, but I find it a lot easier to type on: 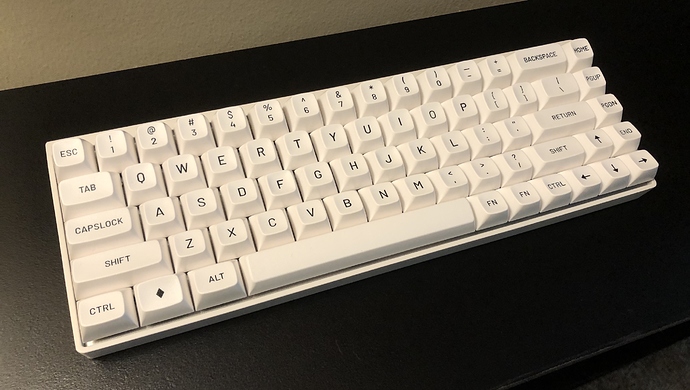 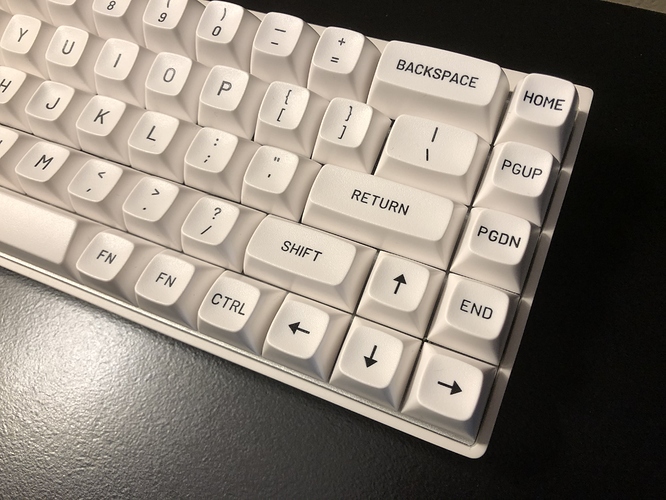 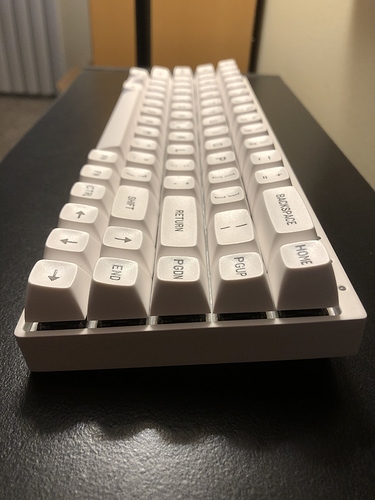 If GMK’s quality control is a 99, the QC of whoever makes these for Dorp is maybe at a 90; I’ve bought a handful of MT3 doubleshot sets for myself and build clients, and I’ve had to exchange a few for injection defects - but if you have the patience for that (or if you just get an “A” set to begin with) you’ll end up with a truly killer set of caps. They look great, they feel great, and they sound great.

Color-wise, these are a pretty neutral white; between the warm, paper-pulp white of Winmix BoW (the set Novelkeys had for a while) and the cool bleached white of EPBT x GOK BoW that was on KBDFans. You might see they’re a bit less warm than the painted white of the Durgod Hades case in the photo.

Get the latest and greatest keysets for your mechanical keyboard! Submit your own designs and vote for your favorites

Get the latest and greatest keysets for your mechanical keyboard! Submit your own designs and vote for your favorites

Drop’s MT3 WOB set is really nice. I’m tempted to get another set.

Here’s my white-ish setup, I’ll have some new spacebars coming to replace the Return/Shift key combo.

Are you getting the Susuwatari bars or something else?

I found a fellow on Etsy who makes keycaps out of Ash and he’s going to make the same sizes, but with a convex top like a spacebar. He just recently bought up a few sets of MT3 profile caps so he got them modeled up and read to machine so these should fit right in.

Oh shoot I forgot all about these, I should send that over to Rickard. I’m sure his models are fine, but these might help.

For like 30 whole seconds, I thought you meant compressed burnt remains, not the kind of wood.

Man people do all kinds of wild stuff on etsy nowadays

I smell a group buy!

A MF68 rebuild with Gat milky yellows and Snow Caps: 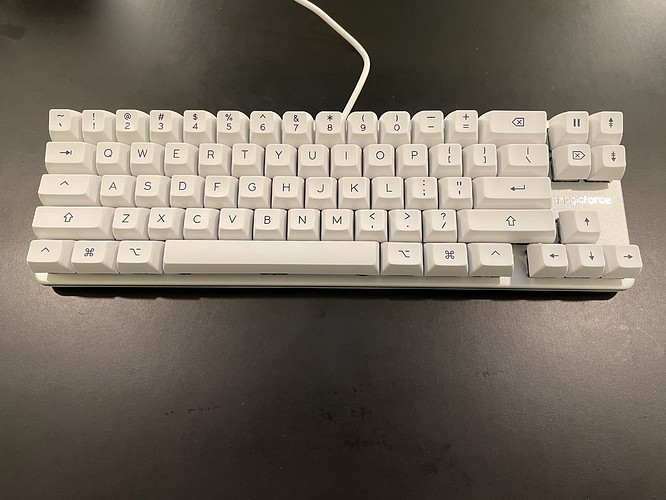 An acrylic Preonic with white case and plate foam, Boba U4 switches, and Snow Caps. I don’t have the picture, but I had the backlight as white during the winter months 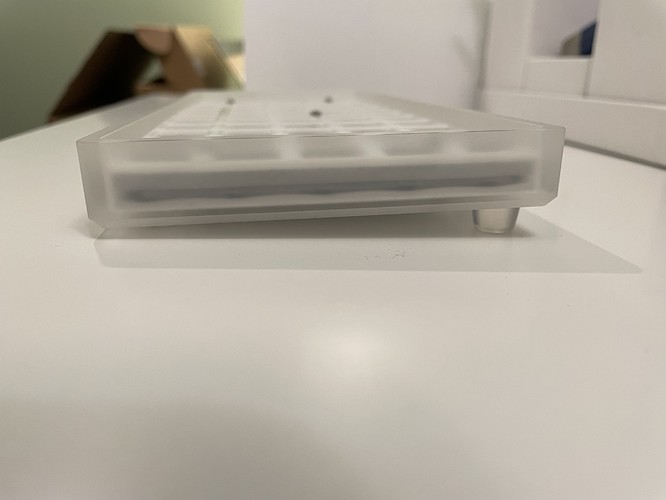 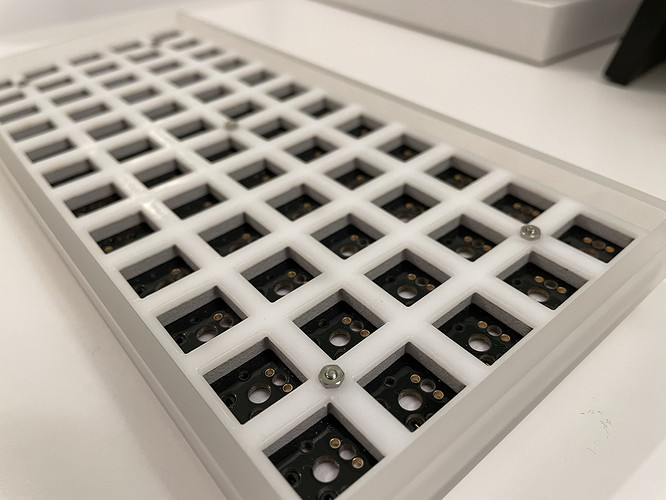 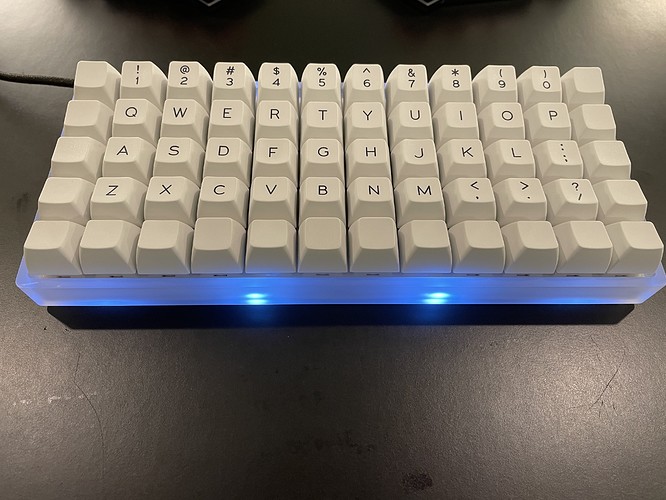 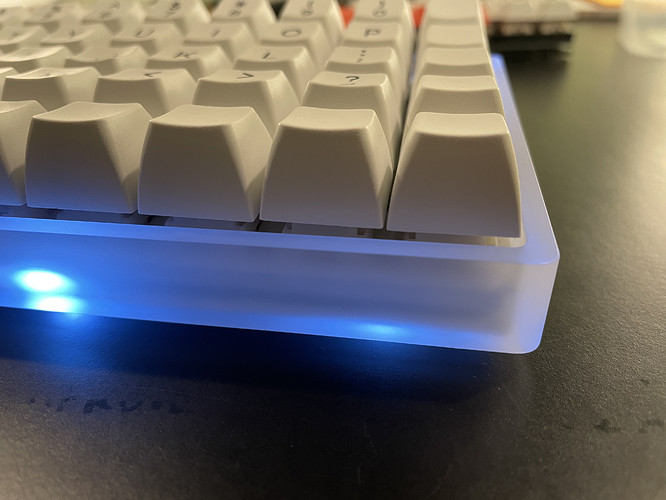 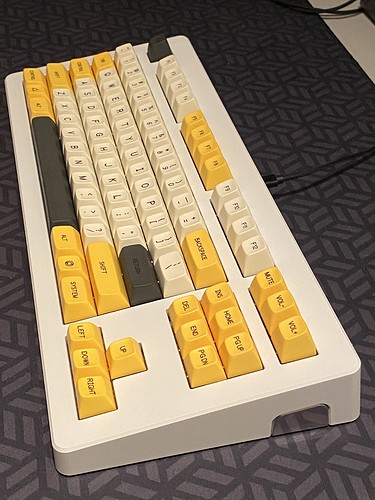 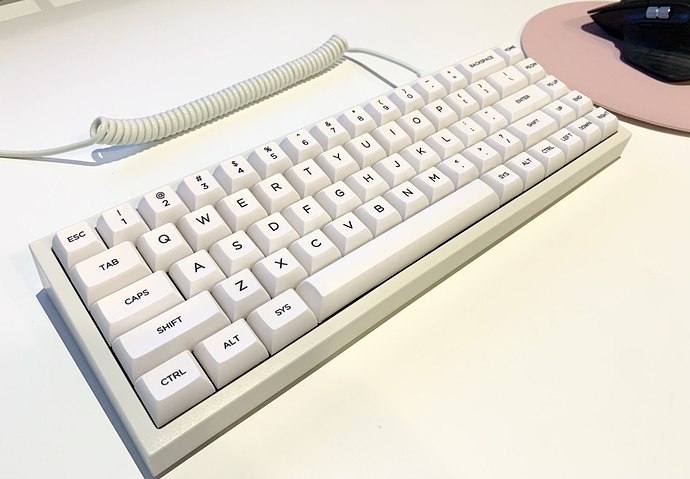