Are there any creative Ortholinear keyboards out there?

The main reason I hate Ortholinear right now is due to how boring the boards are. Why the fascination with cramming as many 1u keys onto a rectangle pcb? For something that claims to be ergonomic it sure likes to ignore the entire reason why the HHKB layout exists, the keys on the bottom left and bottom right of a keyboard are too difficult to reach ergonomically since they reside underneath your palm. It also ignores the usefulness of large keys that make it easier to know where your fingers are on the board based on feel as well as making it easier to hit those keys that are far enough off of the home row that it isn’t easy to have pinpoint accuracy to hit them perfectly everytime.

HHKB and Winkeyless are pretty popular layouts, so you would think that there would be some ortholinear keyboards designed around this principle and not just copying HHKB into a non-staggered layout.

Theres got to be some creative things people could do right?

Has anyone seen a board, or even just a kle layout of someone playing around with ortholinear? Does anyone else feel the same way as me? Maybe I’m just crazy.

Supports a good amount of layouts including an ergodox like version and a Ortho with more traditional modifiers.

Yeah, I love this layout, too

It seems that the maker will release the GB this month

How bout the Zlant or keyblade that are in group buy right now?

Not sure if this fits what you’re thinking of, but here’s a board I’m building at the moment 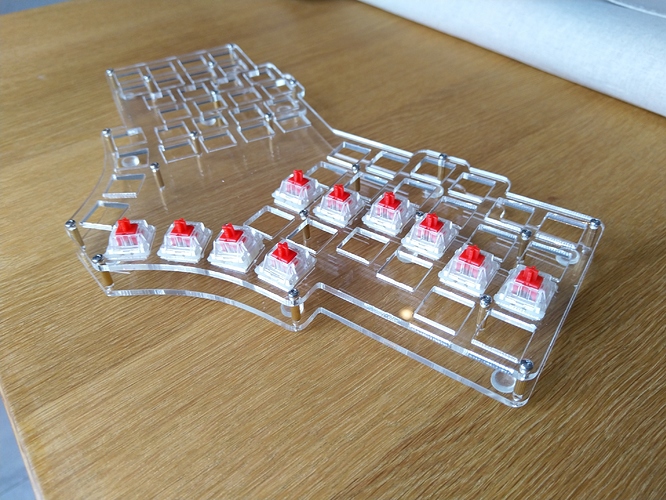 I completely agree with your assessment of the “sea-of-1u’s”. I bought an XD75 a while back, stuck switches & caps on it and instantly detested it. I’ve been using ErgoDox for a couple years, but got myself a CNC machine last year, and tweaked the layout for more comfort. Here’s what my main driver is these days:

It’s much prettier* and the thumb keys are WAY more comfortable to hit than my old ErgoDox. I’ve actually made a couple changes to the picture you see there that make it even nicer: the backspace & space keys are 1u SA row 1 keycaps, and the brace keys (the 1.25u keys that are blank in that picture, at the bottom of the thumb array) are 1.25 SA row 2 keycaps. They fit my thumbs quite comfortably. I’d love more ideas about making comfortable, convenient keyboards. For now, I continue to hack on my custom firmware to make those AdaFruit Feather’s work reliably.

*I attended the Seattle Mechanical Keyboard meet up last weekend, in the hopes of seeing other folks who did crazy custom stuff. Turns out, everyone just buys lots of random wacky keycaps, with occasional off-the-shelf stuff from when I was a kid. I saw 1 3d printed keyboard (they called it an OrthoDox. It looked rather like the thing FSund posted).

I never thought of them that way, but I think that’s an accurate description. I’ve got a keyboard drawer on my desk at home, so I need to be able to flatten the keyboard, so the center feet are just hinged. I’m quite happy with the hardware (the software is still a work-in-progress

There are quite a few more creative boards out there.
Ortholinear keyboards are only a gateway drug

They look cleaner and get rid of the annoying staggering, but that’s it.
You really want an accesible thumb cluster, and also most likely a columnar staggered layout.
Without going to 3d printing and handwiring the Iris is one of my favorites.
If you go the 3d printing path, Dactyl and Dactyl Manuform are pretty creative.
This project is also pretty interestinghttps://geekhack.org/index.php?topic=90726.0

i just got a planck, and am loving it. not sure about the 40% life yet though. so now im going to move onto an xd75, but im also thinking about a dactyl manuform. i think the thumb cluster will be harder for me than going ortho though, i type with my thumbs right under f and j

What are you looking for, and how would you define creative?

My $0.02, even though it’s “simple”, I think the Planck by @jackhumbert is incredibly creative and well-designed. More than just a sea of 1us and the default layout is

. I use the default layout regularly for programming and CAD work with a dash of QMK magic (tap + hold mods on right shift and esc). Plus now the new PCBs you can do fun stuff with add-on boards and gizmos which is cool.

Personally I’m waiting for the next batch of Helix split ortho boards. These have really captured my fancy lately

I daily 4x12 ortholinear boards so I’m all in for the the 1u, corner switches (OMFG yes, even Jack seems to discount them but I LOVE them and hit them with the side of my palm) and lack of big caps except the 2u space. It’s mostly about having everything so close to the home row and as a function focus first but it makes for a less interesting keyboard.

I really see OP’s point about how boring and even insular it is. I was scared off of Let’s Splits for the longest time because it’s. just. 1u. They still look weird to me but it’s what I type on half the time. I’ve had conversations with guys that design other keyboards but still fall back to two 4x6 rectangles of 1u keys in daily use.

Back in the day, things started more interesting. Until recently OLKB PCBs used to support lots of different bottom row layouts. Maybe it changed for the same reasons my boards are mostly seas of 1u caps, it’s evolved into the lowest common denominator so to speak. The beta layouts for the Planck had more variety and even had cool names for different bottom rows. One early beta for the Subatomic had bigger keys too. The Atomic is a perfect working example for why this isn’t more common.It had a ton of layout options but just didn’t do that well or I imagine it would still be in production.

The above are downloaded copies of other people’s (mostly Jack Humbert’s) files that were at one time public so I’m hoping it’s fair use. I just forgot where I found them.

I’ve played around with stuff a bit before I went all in on the 4x12.
One mod I’ve done was with older OLKB PCBs. It’s simple to cut the plate to allow for 4 1.25u on one side instead of 1u. That really opens up keysets too.

I like to play around in KLE with ortholinear keyboards that use standard keycap sets.
There’s the obvious stuff like the ortho 1800, and ortho ISO 60% but I guess they wouldn’t fit in existing cases. That’s probably why there isn’t the obvious ortholinear 60% that uses bigger than 1u caps.

For my own designs, I’ll probably one day hand wire a replacement for my modded Preonic I call the “Lagniappe”. It just makes room for a 2.25u space bar but I think it would be killer to type on. A little more in line with OP’s original points is a 13u wide design that uses the totally awesome for ortholinear 2u vertical Enter. The “Terhune” could easily be a split and with a PCB and universal-ish plates allow for some nice options.

I guess I’ve thought a lot about this, so, thanks for asking the question OP!

Yea, the community definitely has a fragmentation problem, but I think its slowly starting to fade away. Its understandable because when the community was really small it was important to be able to cover as many layouts as possible due to price and lack of competition in the space.

A much healthier market would be one where designers build their vision and don’t give the users an option. If people want a particular layout its much easier for them to make a run for their layout.

One of the main reasons why its hard for new people to get into keyboards is that there is just too many options. How do you even market 5+ different layout options to people, when at the end of the day they will likely only ever use one layout. Its not easily digestible.

Another reason why there is so many options is because its hard to take the criticism from a handful of people that are really upset that they can’t have it their way.

Fortunately we have people like Koobaczech, who’s going to make his keyboard regardless of whether having a scroll/num lock on a 40% makes sense.

Zen and Sol from RGBKB, and the upcoming Ergo60.

I know I’m late to the party, but I just wanted to leave my Turbot here in case someone was looking through old threads for inspiration. 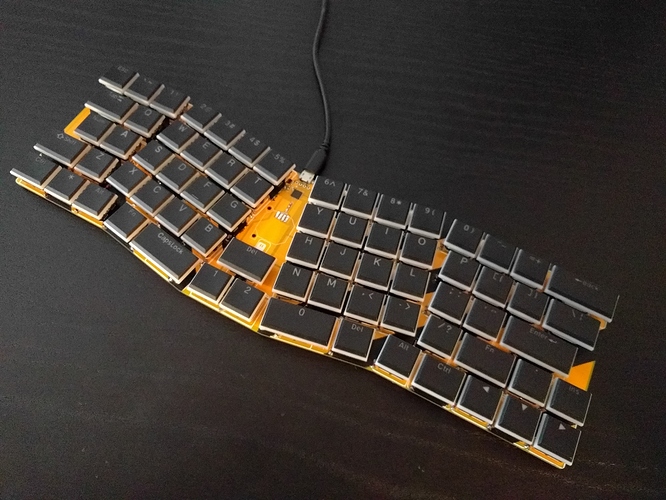 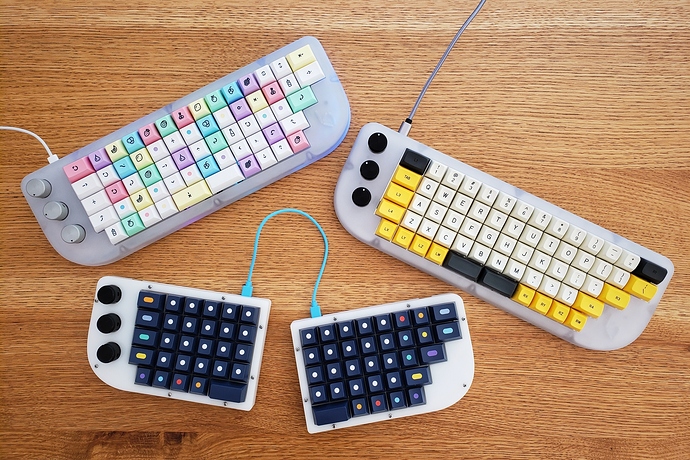 These are so amazing!