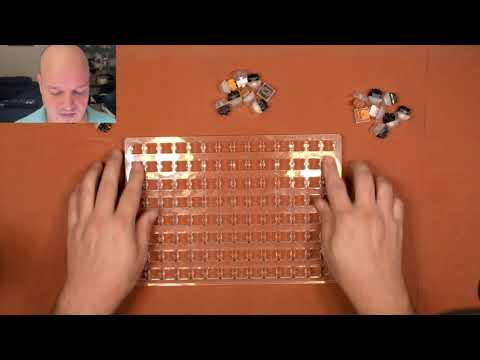 Now this could be interesting! I’ve tried most of those.

These days, I would add SP Star Meteor Orange to the list, as it is clearly an attempt at Cherry-style light-tactile.

I’ll have to watch when I have 45 minutes.

Okay, looking at your conclusions so far, they aren’t that much of a surprise.

Pewter was hyped like crazy and have a high price in aftermarket. They really are considered by many as ‘next-level’ Browns. So it makes sense that it’s a winner.

Gateron Cap is not some weird outlier. It’s new, and not discussed much here, but already gaining a reputation elsewhere. It’s meant to be a next-level Gateron. I’ve already ordered a number of them. (Darn, they would have been great for the NCR-80 I was too slow to order.)

Good observation on Cherry MX Brown inconsistency. Retooled are a switch that could be alright, but could be more consistent.

You’re absolutely right about TTC Gold Brown V2. They are as bad as you say, but they make a great basis for Silent Skies.

I wasn’t surprised to see Kailh Pro Purple in the bottom tiers. It has many sins. But they can also be good to type on nonetheless. They are the preferred switch for some people, and are in custom builds. There’s a reason why it did well in one of the rounds. I find that case and keycap type makes a bigger difference with this switch. Also, modding is highly relevant here.

I wouldn’t mind trying a Kailh Pro Purple V2 that has less of the flaws. It’s a fine concept.

Any comments on the size of the bump on the Pewters compared to the CAP browns?

I have really been loving Pewters. I put them in two my boards (kind of boring, I know) and would love to try the CAP browns, but I would like them to be ever so slightly different. Having three boards with the same switches seems like a bad idea to me…

I haven’t tried the Gateron Cap Brown yet, but they should be as different from Pewter as Browns can be from each other.

The bump profile, spring, materials, housing and factory lube will be different between the Gateron Cap and Pewter. They are different families - Pewter is Durock Light Tactile, and Cap Brown is part of a larger run of Gateron switches than includes linears.

It’s also my understanding that some Cap Brown variants are lightweight for Browns, maybe around 55 G, whereas Pewter has 58.5 and Durock Light Tactile itself comes in at 67 G.

I’m planning to use some Kailh pro purple stems in Gateron ink housings for an upcoming build!

Here’s a typing test with the Gateron cap switches 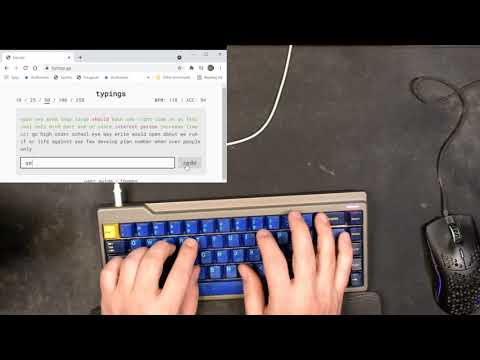 That’s one way to address the scratchy housing.

I put Pro Purple stems in Boba housings. They fit and function, but it wasn’t anything special. Let us know how the Ink’s work out!

Those Gateron Cap switches sound very pleasant and subdued for a Gateron. Did you mod them?

I have not modified them

Haha, is that real? Or a Frankenswitch? There is no way I can keep up any more!

Actually, I have experience with these. I have a bag full of them about 2 feet away.

The TTC Watermelon Milkshake is definitely a Brown, and reminds me a lot of the TTC Gold Brown V2.

Like the Gold Brown, it is a Cherry-style tactile that seems to be meant to be a little larger bump than a Brown. The springs are at Ergo Clear weights, I think 63.5 for the Watermelon and 65 for the Gold Brown.

The idea here, I think, was to create a switch a little more tactile and a little heavier than MX Brown. It is indeed a little heavier, and you can still feel tactility despite the heavier spring, but I feel that it isn’t a smashing success.

Real Ergo Clears are snappier and punchier than TTC-style Browns, they have to be because the bump is large + they sound better, with Cherry nylon housings. It’s not like TTC Browns wobble substantially less than Cherry, either. I mean, what’s the point?

Anyway, so the TTC Watermelon Milkshake is just a Brown with a too-heavy spring, in my experience. But it is way less-scratchy than Cherry in sound and feel, so it has that going.

Since the spring is what I hated, I experimented with various replacements. 14mm 57 G TX was a bit too light, but 15mm might work if I had some.

The best so far was 63.5 G Progressive Spirit. It’s light at the top like a light Brown, but it bottoms-out at 63.5 G like the switch is supposed to. It’s a very soft typing experience, maybe too soft and floaty, and it’s too easy to bottom-out.

I tried a 68 G Progressive, but it felt a little too heavy [it’s perfect for Ergo Clears]. If I could get my hands on some 65 G Progressive [believe me, I tried], that might be perfect.

@djmantis @Walkerstop I am continuing the discussion of Gateron CAP Browns here:

I just received a bag of 110 CAP Milky Brown, and a few samples of CAP Golden Brown. My expectations were that Milky Brown would be better. But so far, I am more impressed by Golden Brown. (maybe my Golden Brown samples are hand-lubed). The Milky Brown are completely stock, and came in a bag of 110. They are indeed intermediate between Cherry Brown and Ergo Clear in tactility. Like @kelvin0113 said, the stem is smoother and the bump is more pronounced than Cherry. So it’s a larger, but less…

Basically, Gateron CAP Browns seem to be a switch intermediate between Browns and Ergo Clears, as they feel more punchy than MX / Gateron Browns, but not quite as intense as most Ergo Clears.

CAP Golden Brown is maybe the more gentle of the two, at least in lubed form. Very close to Milky Brown, but leaf noise is worse, hence the need to lube the leaf area.
Both are more punchy, intense, and cleaner than MX Brown.

Compared to Pewters, I would say that Pewters have a larger overall tactile event than CAP Brown, and a less-subtle post-travel. I think Pewters just have a bigger bump and less feeling of travel. Regular Browns have the smallest bump and greatest feeling of travel.

Very cool, thanks for the shout out. I was able to sell some Invyr UHMWPE stems I had lying around. That basically gave me enough for a swap. I went with the CAP Milky Browns, they should arrive at the end of the week. I am excited to try them.

I am really tempted to pick up that NCR80 board and do the same build you are thinking of.

Yes. The main concern with the NCR-80 build concept is that it is rumored that CAP Browns may leak oil onto the board. Specifically the PCB.

So this could certainly be an issue with a PCB-mount board. I’ll have to investigate, or at least try it and see what happens.

Unlike others, I would say they are close to light Ergo Clear territory, and can barely be considered ‘Browns.’ They are close in feel to 65 G [14mm] L + F Ergo Clears on one of my boards. I think you will find them interesting, at least for comparative purposes.

That is good to hear. A lighter bump Ergo Clear was more the territory I was looking for.

I have heard of the leaky CAPS, however I will state that I believe that was with round1 switches. The ones that were even shipped in little plastic trays.

My assumption is V2 should have fixed this. I know V2s are not shipped in trays any more. It seems that the design of CAPS would kind of hold more factory oil in the base of the switch (if there was excess) however if you jostle the switch around, oil could leak out via the stem hole. If my understanding is correct, that is the only south facing hole on the switch.

At the very least, you could always put all your CAPs in the switch holder with some paper towels underneath for a number of days. That should allow the oil to trickle out… flipping them all back over to solder in a PCB makes things a little tricky though. I am kind of ranting now, but I would like to think this issue is addressed.

Good catch. I think I might have ordered mine from Elboard, way back when. Now I’ll have to go check my order.

All my CAP Browns were ordered around August or so, so they are probably not the V1 that were in use in Q1.

My Milky Browns came in a bag.

I got the V2 Golden brown from Elboard in July, they still leaked oil after only 2 days of use. But perhaps not as serious as V1.

Well, maybe something like the RAKK Lam Ang Pro can handle it. Wonder about the NCR80.

Anyhows, @djmantis I posted some further impressions of the Milky Browns here:

Fascinating typing finding. Don’t meant to spam the board, but interesting comparisons here. I have a board with N-facing LEDs [RAKK Lam Ang Pro], so I only use tall keycaps on it. I was testing the CAP Milky Brown with some ABS MT3 keycaps. Turns out it feels and performs very close to some 65 G [14mm] TX Ergo Clears on that same board. These Ergo Clears were carefully lubed with 205g0 to improve sound and operation, without compromising tactility. Filmed with TX films. The CAP Milky Brown a…

Basically, Milky Browns are weirdly similar to some 65 G 14mm Ergo Clears I have.