(Closed) Looking for a switch with black non-transparent housing & stem, cutout for plate-mounted LED with cherry stem and footprint (hotswappable)

Looking for a switch with

I’m working on my first custom mech keyboard, using typewriter keycaps, so switches and stems are visible and should be black. The inspiration for the keyboard is magic and I don’t want white switch frames, colored stems or flashy glowing transparent switches to show as in 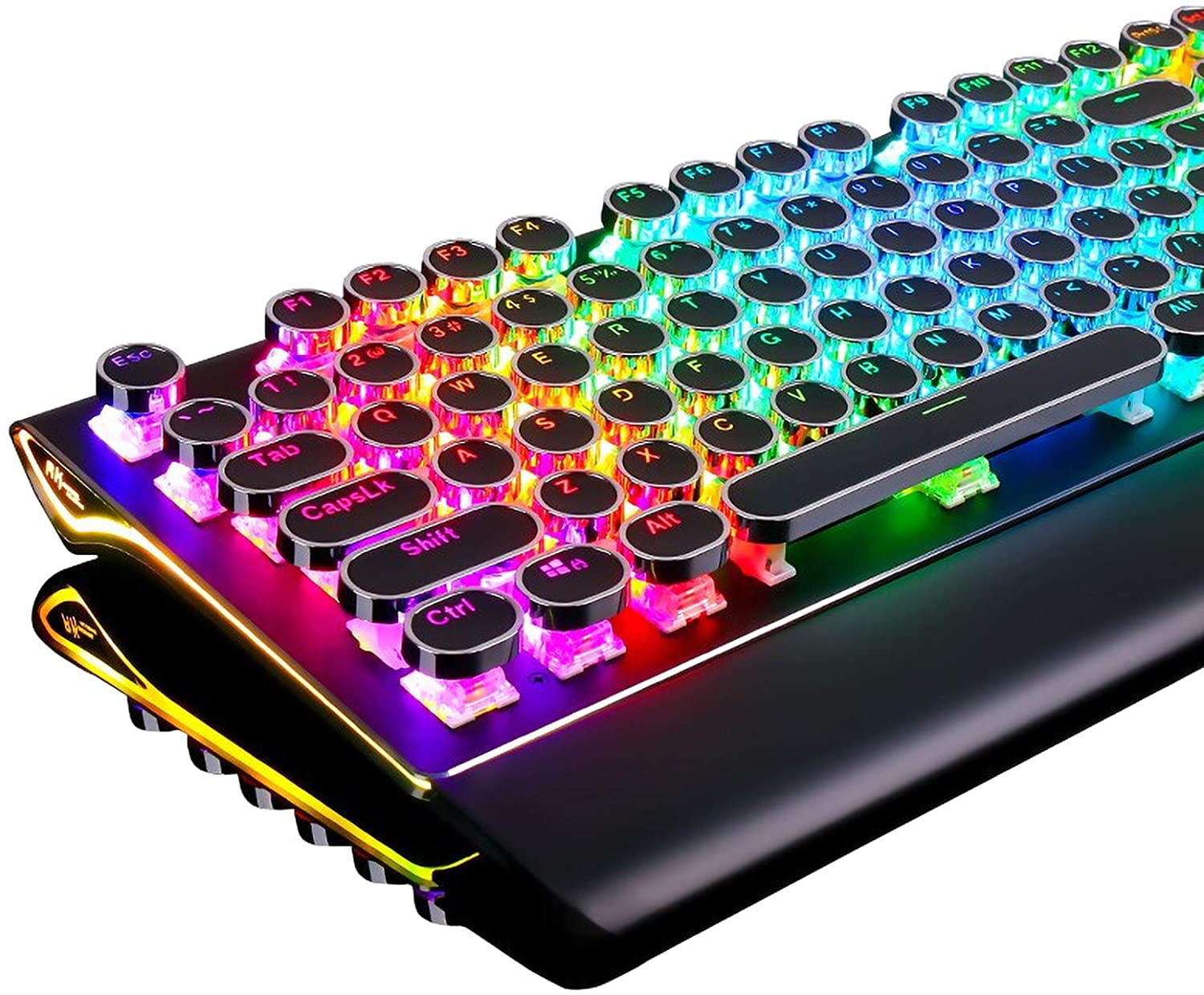 Instead, my goal is invisible lighting for typewriter keycaps (north-facing and hidden behind the stems), similar to the Nanoxia Ncore Retro that uses LEDs mounted onto the Kailh white switch 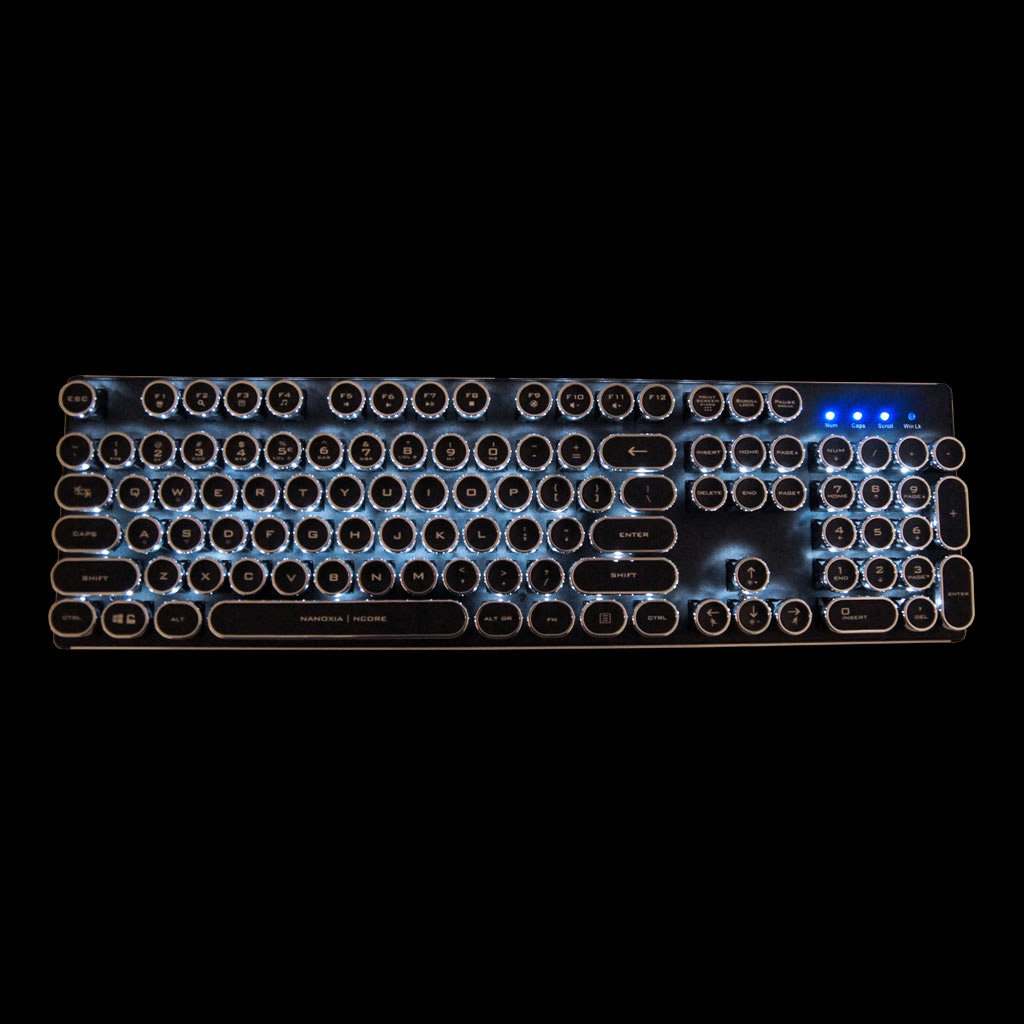 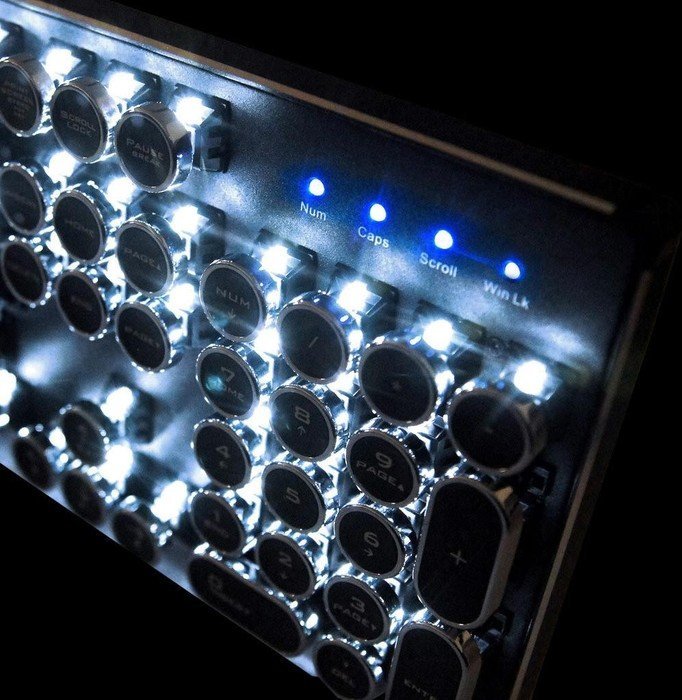 I have a hot-swappable top plate (with a cherry footprint on the circuit plate) and rgb LEDs mounted to my circuit plate which can be customized and animated via the keyboard driver. Also I am playing around with the keyboard a lot, testing new stuff and taking it apart. Therefore I would be glad if I could keep using use my plate-mounted LEDs and hotswappable switches and not have to solder LEDs through the switch onto the circuit plate. 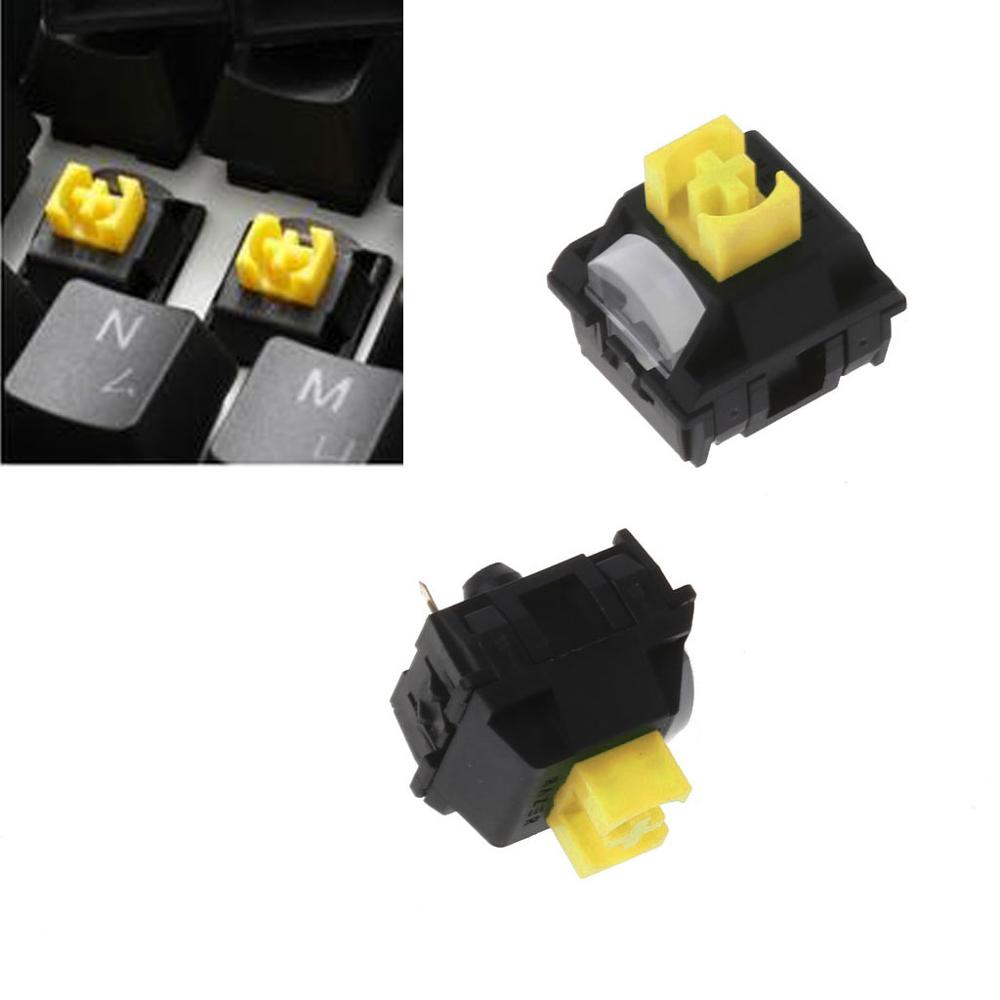 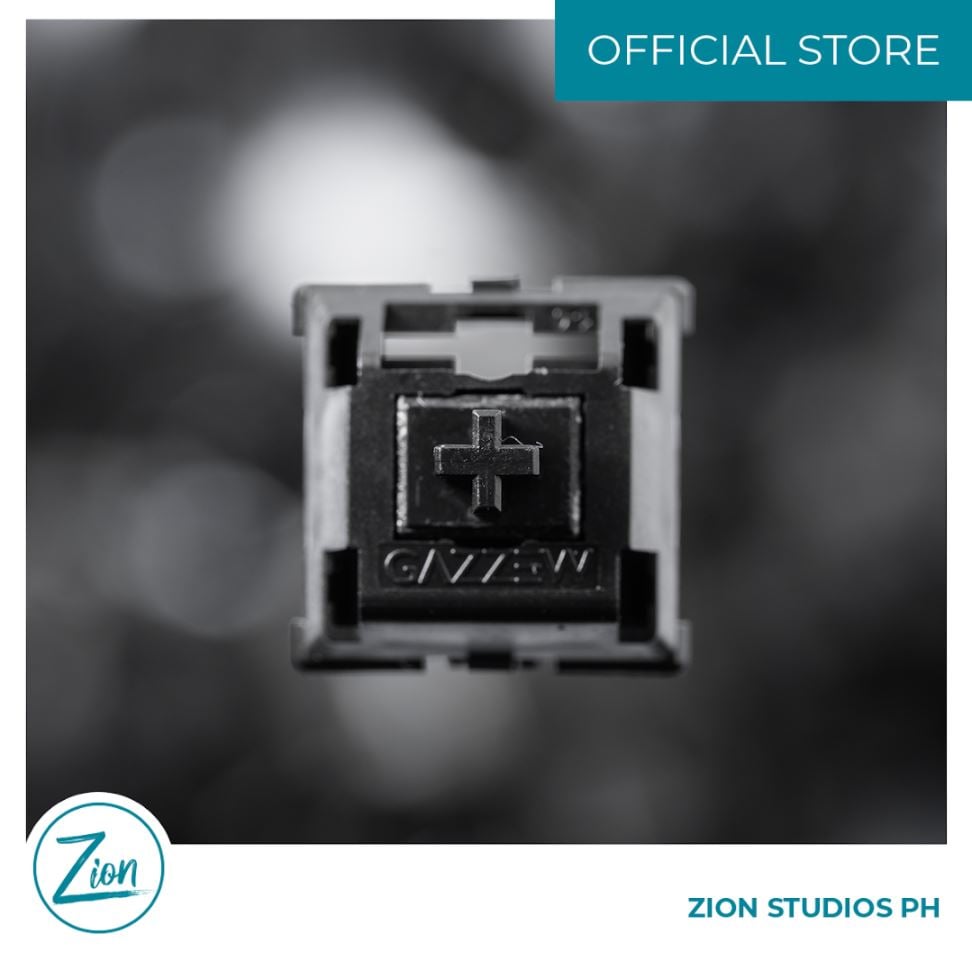 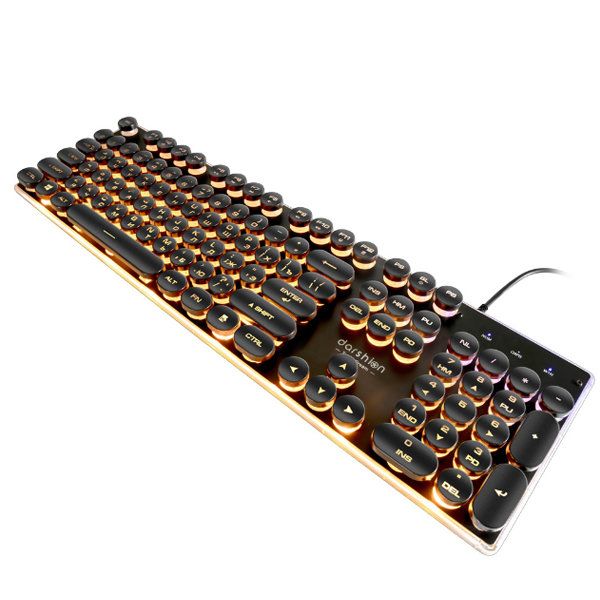 If anybody knows a good switch that already fits the criteria and is available or has an idea of how to make one, I’m looking forward to your input.

Both have only tiny holes on the bottom for LED wiring which might be too little to illuminate a keyboard. But maybe someone has experience or, even better, a photo of it used with plate-mounted LEDs and it works fine. Or I could drill a hole in the bottom Plate to get more light through
https://1upkeyboards.com/wp-content/uploads/2018/03/Cherry-MX-Black.jpeg
Or maybe I could combine the upper housing and stem of one of those 2 blacks with the Lower Housing CAP Black Chrystal silent red Available in QTY of 70 Quantity 1=70 If a race has no history, if it has no worthwhile tradition, it becomes a negligible factor in the thought of the world, and it stands in danger of being exterminated - Dr. Carter G. Woodson HAPPY BLACK...

If it must be silent i would personally get some broken in cherry blacks, cherry silents and put the stems in the broken in housings. If it doesnt have to be, there are many, many options. I’ll elaborate on that if its more of a preference than anything.

What do you mean by “broken in”?
The problem with cherry blacks is they (like most switches with black housings) have only tiny holes for the LED wire on the bottom, which is probably not enough space to get mood lighting from the plate-mounted led through.

I’m really thinking about it.
They are even silent. Even though the 55g version is sold out on the European site (but springs can be replaced should they really prove too hard).

This is my first mech keyboard after years of only chiclet switches.

I really appreciate the craft aspect of mech keyboards but the thought of using loud (or even clicky) mech switches seems very distracting.
(My comparison are unlubed Gateron yellows and clicks Kailh whites that came with the keyboards I am using for my current project and to me they are both loud).

I also think silents might be more versatile (because you could use them in a shared space) and might be fitting for the whole black magic thing.

About using the housings of cherry blacks: Is it only the stem that is silent or also a dampener in the lower housing and even the material of the housing that makes the switch silent?

Yes, it is only the stem that is dampened. Since the cherry blacks dont have much space for rgb, you could get the housings from something like a h1, since the h1 is based off of cherry blacks. But this is only if you really, really want linear. If you like tactile, i’d go for black boba u4s like someone else mentioned here.

Thanks for all your effort.

I went with the Boba Black U4s.

Let’s see how it turns out.

Forgot to mention, broken in is when a switch is activated many times (think in the 10,000s). The ones i recommended, the rndkb broken in blacks are actuated 320,000+ times which makes it smoother and therefore better sounding.

They just arrived. Gonna clip the 5 to 3 pins and maybe install them in the next days. Thanks, milneraj, swarley and amdgobrr for your help, that was a really productive first day of posting for me.

So far I have clipped the switches to fit them into my 3-pin hot-swappable board and I replaced the 65g spring of the Boba U4 with the 45g spring of my Gateron Yellows.
They are a little shorter compared to the Boba springs and, of course, lighter to press. I can’t tell if this might affect the durability of my new switches.

They are still quite light to press but pressing them feels more defined because of the tactility. The silicone silencer on the stems also makes bottoming out a little bouncy (which might not be what some people want), however in my eyes or rather in my fingers all that combined feels more luxurious than the loud and hard bottoming out without tactility of the Gateron Yellows that I had so far.
They are comfortably quiet although a liiittle scratchy because I haven’t lubed the Yellow’s springs yet.

You shouldn’t have to worry about the durability much, the only switch i’d warn about durability with are aeboard raeds v1s, they have a rlly soft stem and can snap off.