Looks like Tai Hao is releasing a WoB set to compliment the BoW set they sold through Novelkeys last year.

However, this kit still uses the terrible mould for the Win keys. They have an icon mould for the Winkey that shipped with V1 Cubic sets that looks much, much better and they really should stick to using it.

Also, like many darker Tai Hao caps there appears to be an anti-oil coating on it to reduce wear, but it leaves the caps looking oddly textured. Not a fan. This was not present on the BoW.

Another fun find - there is a new “MA” Keycap profile. It looks like RAMA KATE but uniform, not sculpted: 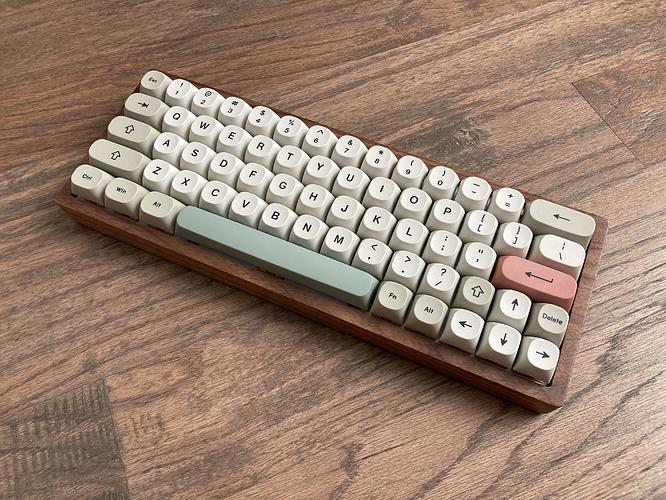 You have a link to more on this “ma” profile? Is it an IC or being sold somewhere?

No information of course they just appeared on Aliexpress. 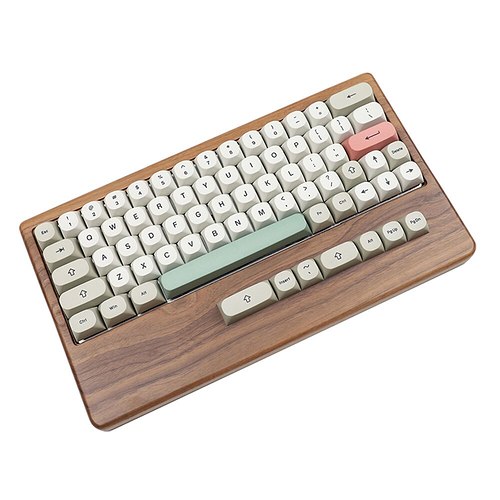 I’m glad to see they’ve fixed the numpad, I would have been a lot more annoyed about how goofy the bow set was if I actually had a keyboard with a numpad.

I remember back a couple years ago when there weren’t so many options for keycaps there was a lot of discussion about the coating on the tai hao caps, iirc there was a not too hard way to get it off, I want to say rubbing alcohol bath but someone should probably fact check me.

That was an antimicrobial coating on their PBT keycaps if I’m not mistaken. This coating should be different (wear + uv protection?), but I don’t know this definitely.

Wow these are perfect just what I was looking for!

I wanted to know what the keycap sizes are for these ma profile keycaps.

What are your thoughts on how they sound and feel and what other profiles would you compare them to?

MA looks to be a fairly flat spherical touch surface with an almost circular perimeter. From the looks of RAMA KATE the touch surface is quite deep cylindrical and longer than wide.

From my findings in creating a deeper more rounded than Cherry cylindrical profile it felt very smooth on ortho layouts. Not so much on staggered as the palms weren’t guided smoothly and bumped into the cylindrical side walls too harsh.

But as with everything keyboard it’s very subjective. Let’s wait until they arrive