Hi. I’m known in the community mostly by the diminutive nickname: ‘Dark’.

My posts here won’t follow a set structure, rather they will probably be more of a stream of consciousness; a place to interact with likeminded enthusiasts and share my passion for design/keyboards/high quality tools with those interested in what I am making.

I’ll post about developments regarding my projects, perhaps my philosophy or thought process; be open to feedback/questions and hopefully enjoy seeing photographs/posts shared from those who enjoy using the tools i’ve created.

Hello and welcome! Those are some cool designs on your instagram.

My next project is of an ‘alice-derived’ layout, based on the TGR-Alice keyboard.
[Functionally the same but due to a different case shape it needs a custom PCB]

I intended to make sure that it was balanced and well proportioned, especially when viewed from above: 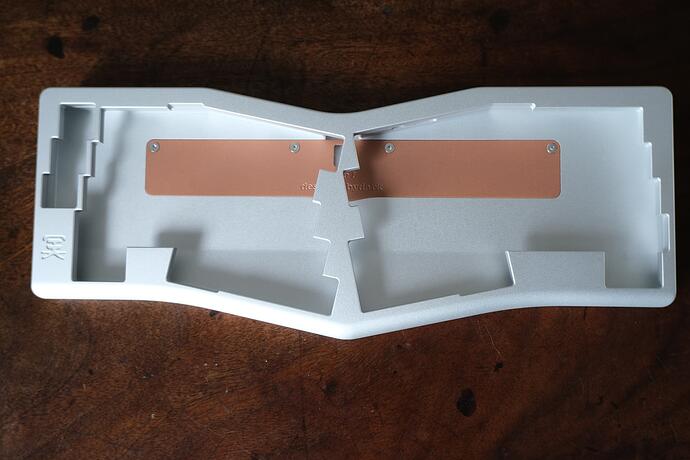 I wanted to add some interest on the side profile by making it somewhat three dimensional in appearance: 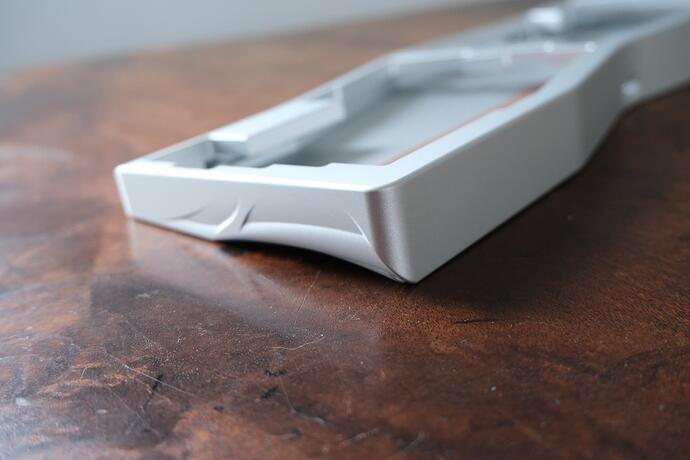 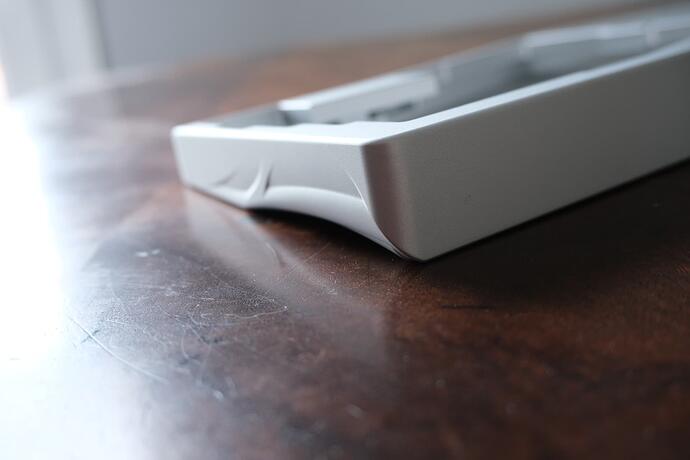 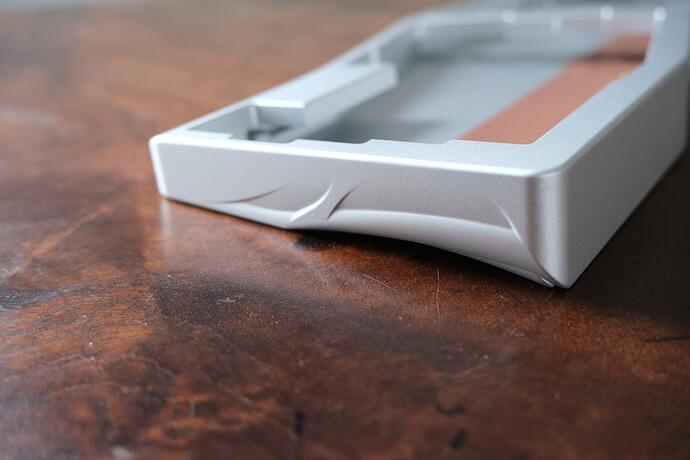 I will be testing both a full and half aluminium plate option utilising my proprietary ‘leaf-spring’ and bumpon mounting method, adapted for this project: 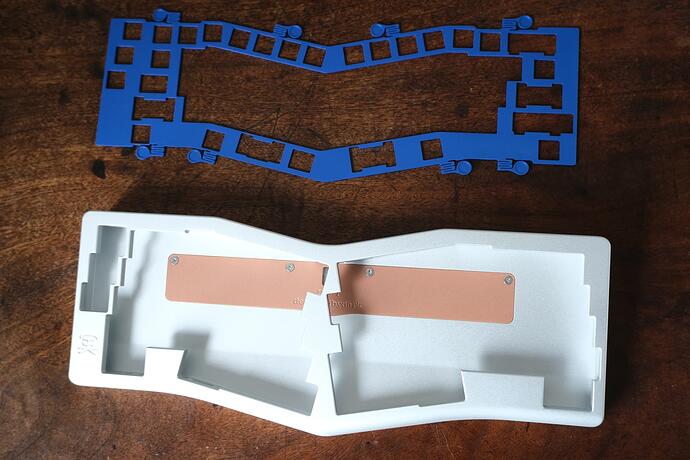 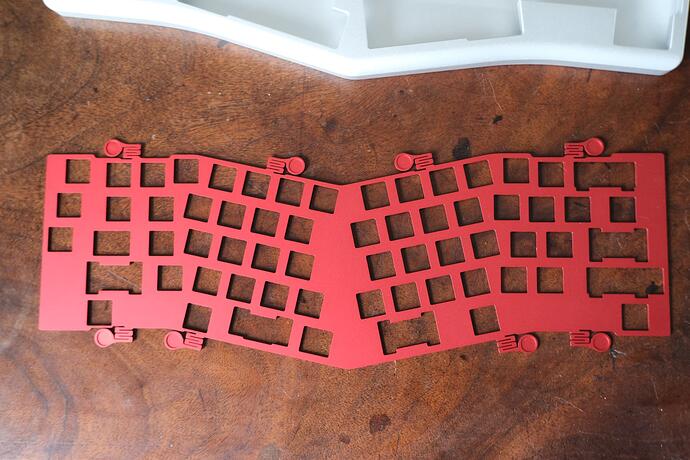 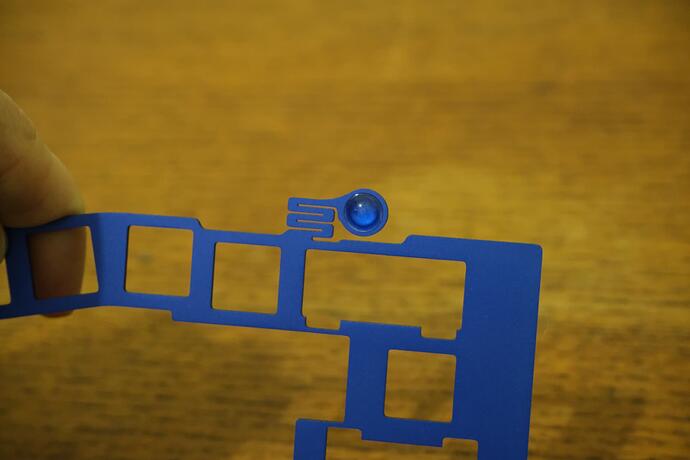 I will attach a view of the bottom case below. From the first prototype, I have noticed and corrected an issue where there was a slightly larger tolerance around certain parts of the bottomcase. I think one of the screws on the bottomcase sits just a fraction of a mm too high, so I will adjust this. The plate is also slightly closer, relatively, to the sides of the case near the right control key and I intend to create a little bit more distance. I am considering changing the side profile somewhat for the next iteration, but it may stay the same. I am having another version of the weight made to account for any potential issues with the jst connector clearance in respect to the bottomcase. The PCB prototypes and additional weight should arrive within the next month so I will be testing/building the prototype from there. 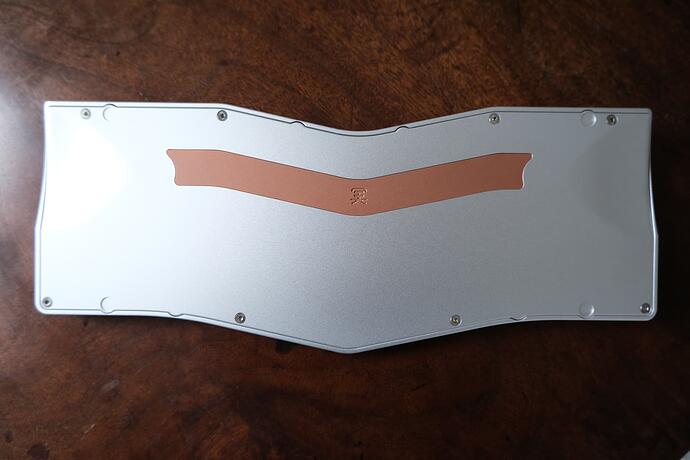 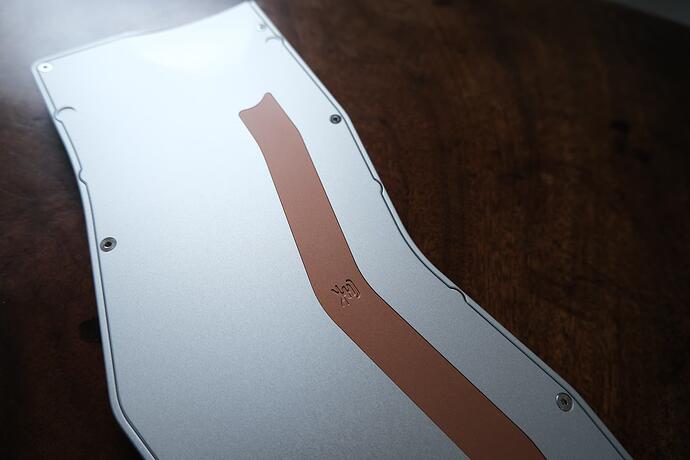 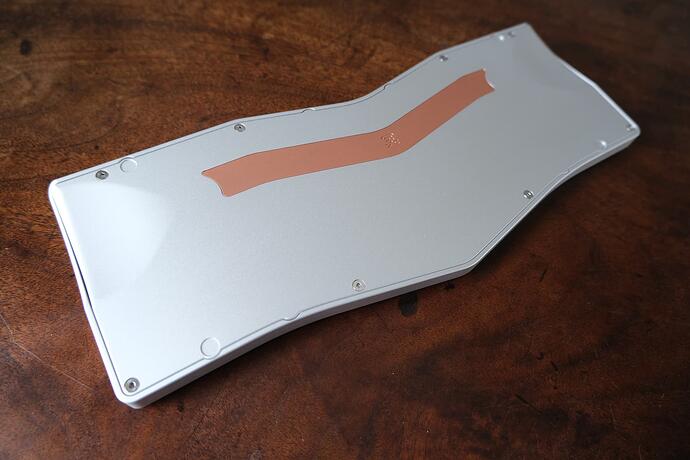 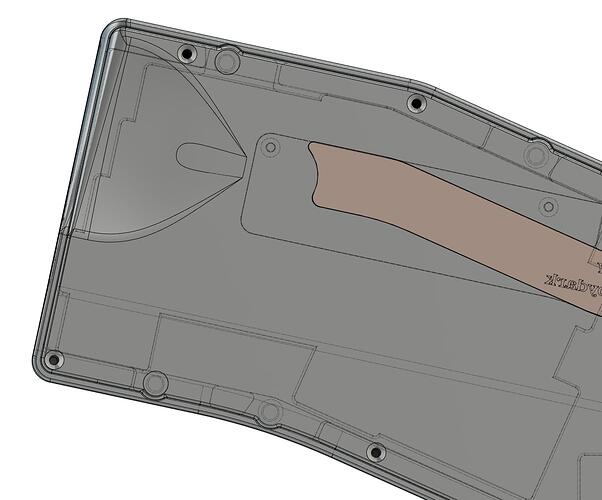 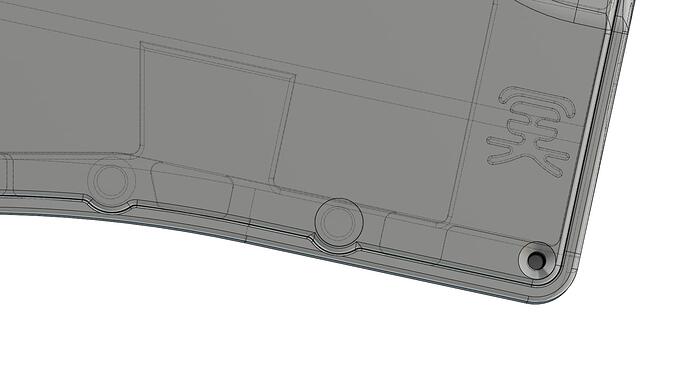 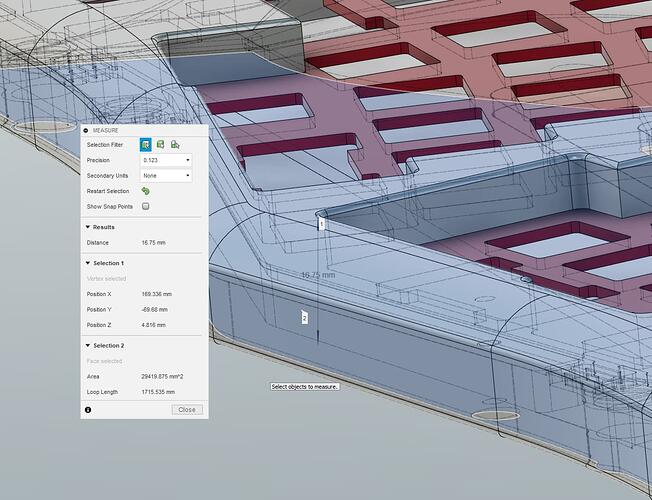 That’s all for now

Thank you! I’ve enjoyed reading stuff here on keebtalk for a while but never interacted, looking to change that now

Welcome to KT man! I really like that Alice like keyboard you’re showing, the curved front & unique side profile really make it stand out from the crowd to me. Super interesting plate mounting method also. Definitely looking forward to hearing/seeing more about it.

Hi there and welcome to KeebTalk.

Lovely design and awesome quality. Are those one off protos?

Thank you for sharing.

Hi there and welcome to KeebTalk.

I really like that Alice like keyboard you’re showing, the curved front & unique side profile really make it stand out from the crowd to me.

Thanks so much for the kind words

Yes this mounting method started as a concept with an earlier project, Visas: 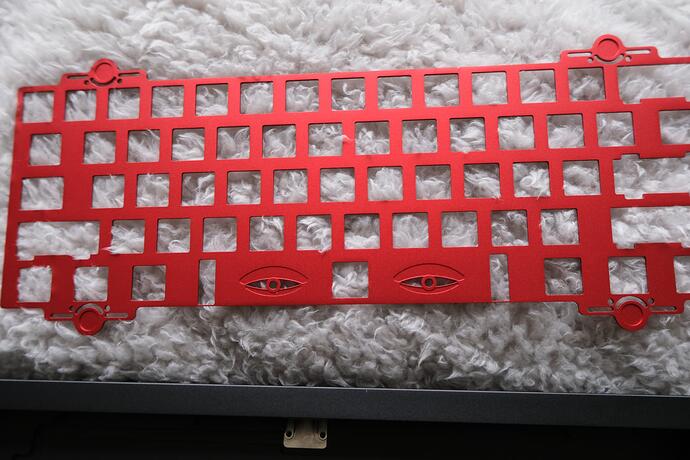 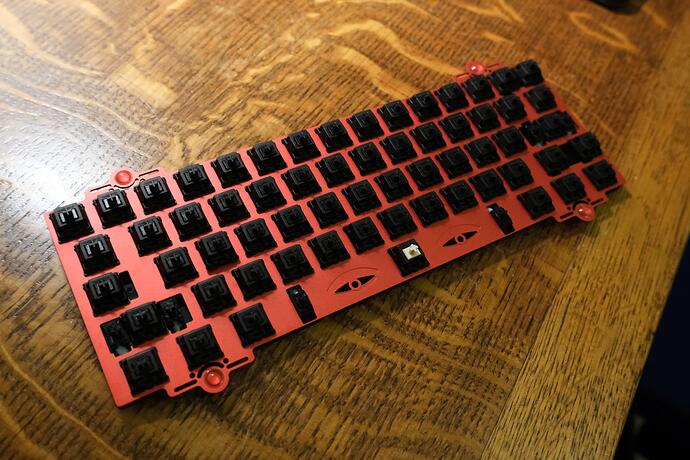 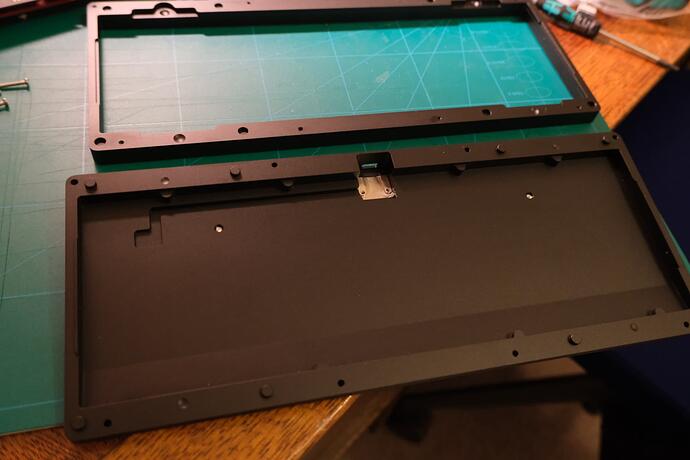 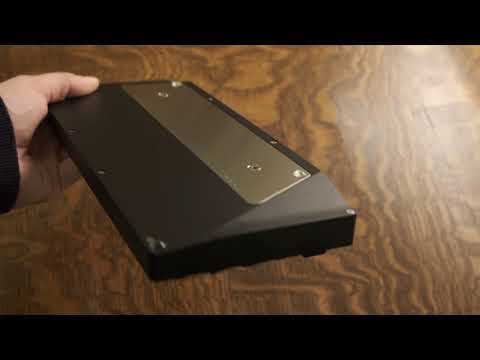 I liked the sound and bottom out feeling brought by the bumpons but I felt it was a little bit stiffer than ideal.

Idol was the next iteration [Status is currently a WIP after going back to the drawing board, these images are of the first prototype]: 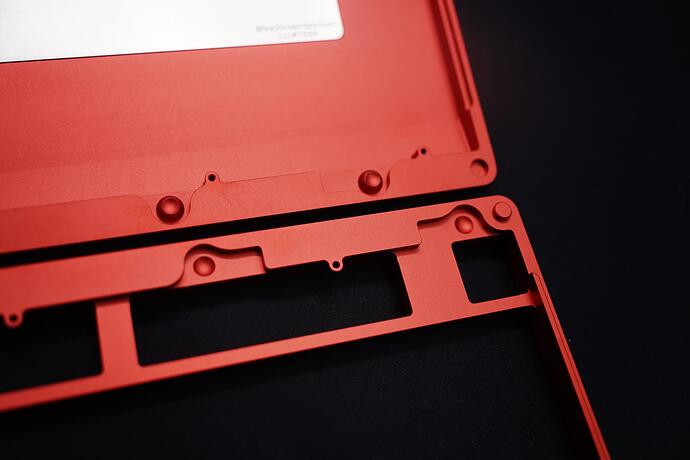 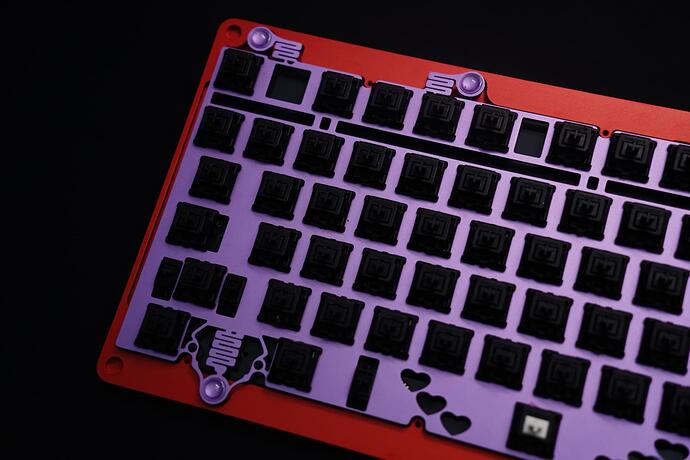 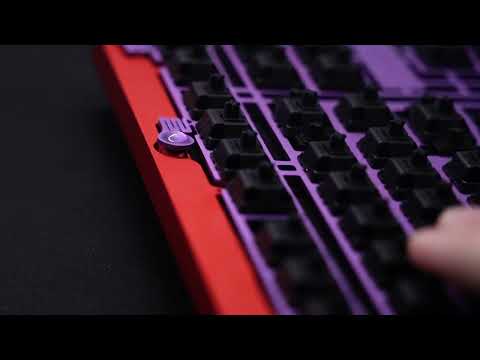 There was some concern about the longevity of the plate; I thought to address these with the latest implementation. There is significantly less flex downwards with this version of the plate vs Idol’s, but it still retains the ‘bounce’ upon the keypress that I was looking for to allieviate the stiffer feeling when typing. I wanted it to be responsive, rather than to sag through flex or to feel stiff. So far the testing I have done is with switches mounted in the plate, in the case - but without a pcb. I feel that it’s not worth doing a demonstration until the board is fully built, so that will have to wait.

There are also some small differences between the thickness of the connecting point around the ‘spring’ part of the plate between the half/full plate versions: hopefully after building both coming to a decision with which to use.

Are those one off protos?

When it’s ready the project will probably be run as a smaller scale production run of 20-30 or so units. For now though it’s just the one prototype, yes.

Cool designs. Interested in trying the bump-on mounting - it’s a cool way to adapt a pretty ubiquitous and inexpensive accessory in keyboards.

Thank you! That’s part of the reason for coming up with the idea: I bought 600 or so and realised I needed another use case if I was ever going to use them all up

I remember these mounting system from GH, completely awesome. There is always nice to see something diferent and innovative in this hobby.