Figured I’d post this over here as well since it doesn’t hurt to have more eyes on it.

Hey so I’ve seen a bit of a surge in posts about people making their own cables, and that’s great! I think any time people are willing to work on something themselves is an opportunity for learning, improving their skills, and maybe finding out they enjoy it. One thing that’s giving me a bit of a concern though is everyone’s favorite cable addons: aviator connectors. 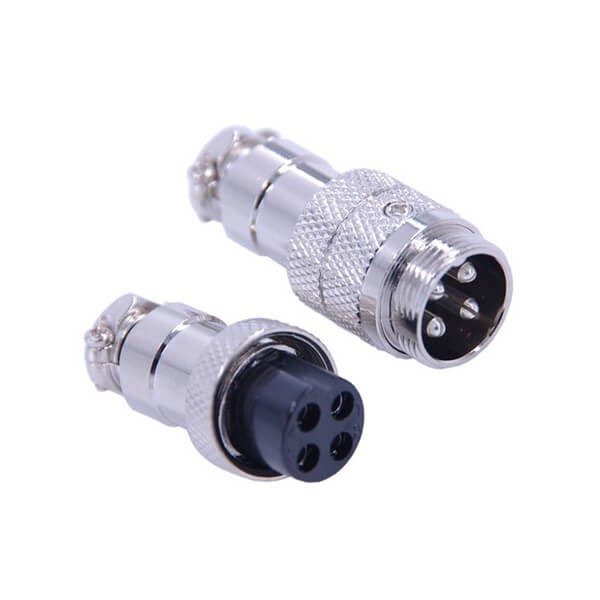 The “16” in “GX16” stands for the approximate hole the threaded bit will fit into(more relevant for panel-mount versions), the “-4” stands for the number of internal conductors, though -5 versions are used fairly commonly. They’re a fun way to add customization and flair to your cables and can also serve the purpose of letting you mix and match device ends with host ends if you have some of each.

The big hiccup I’m seeing some people make is connector orientation. Just like most electrical connectors, aviator connectors have a male and female side that mate together 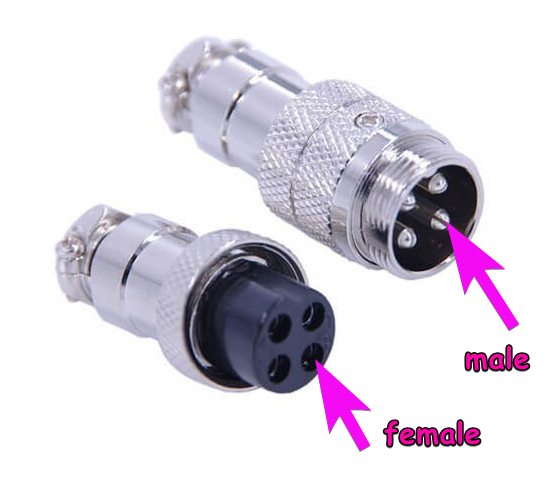 This same concept applies to your keyboard cable you just made. If you’ve put the male end on the host side, the side you plug into your computer, if that’s plugged in and open it’s super possible to get stuff inbetween the pins or even touch them yourself picking it up. Obviously the ~5V USB power is much lower than wall power, but you have the risk of that short damaging the computer it’s plugged into, otherwise known as “not fun times”. If it’s the female side, just like the with the IEC connectors you have a greatly reduced risk of a short ever occurring. Meanwhile on the keyboard side you’re only exposing the male connector pins by removing the power from the board, thus eliminating the hazard.

TL:DR because I know I tend to be a wordy bastard:

Do yourself a safety favor and make sure to orient that fresh aviator connector properly to avoid any potential mishaps on your brand new DIY cable: female on the host(PC) end, male on the device(keeb) end: 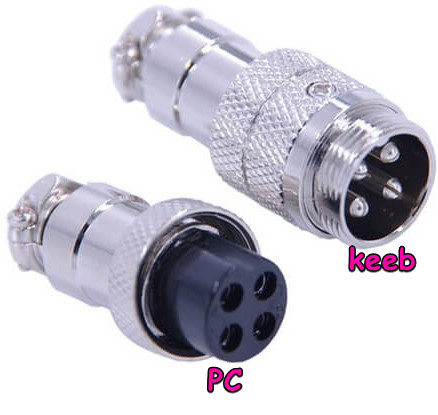 Thank you for this PSA! Having made a couple cables myself it can be a tricky thing.

Yeah, really it’s something that I think most people wouldn’t have the background info to really think about as far as connector orientation here, especially when USB in particular is largely immune from that issue by design. I’m fortunate to have background experience in a whole slew of different disciplines such that I have a whole variety of tidbits of useful knowledge, and I figure this is a safety thing that people should be made aware of.

Are there such thing as magnetic aviator connectors? As is, these connections look like a hassle to connect and disconnect.

Not that I’m aware. They’re a fairly long “throw” connection with a snug fit, so getting a good magnetic connection there would probably be troublesome.

So, these are all done incorrectly?

I’m wanting to sort of avoid saying that another maker’s cables are “incorrect”, but I’ll reiterate that having the male aviator on the host side is a potential risk to safety for users and their host devices.

Not that I’m aware. They’re a fairly long “throw” connection with a snug fit, so getting a good magnetic connection there would probably be troublesome.

Well, I was thinking of something that only looks like an aviator connector. Internally, it could be flat without prongs, like other magnetic connectors.

Thanks for the post! Very informative and not something I had considered.

Also comes at a great time : I had actually made the female side the host side originally when making my first cable, albeit unintentionally haha. I needed to re-do the USB-C side and figured I might as well flip the host end while I was at it in case I ever just want to buy cable ends. Thankfully I’m not done yet so I can go back and re-adjust.

As is, these connections look like a hassle to connect and disconnect.

Yup, they suck imo. I have a cable with them and it’s a pain in the butt to use, I end up just using fixed cables, it’s faster and easier to get them out of the desk drawer and swap the cable entirely.

That said, thanks @donutcat for the PSA; seeing incorrectly done connectors always make me a little bit sad, like seeing PCBs without ESD protection or poorly routed crystals.