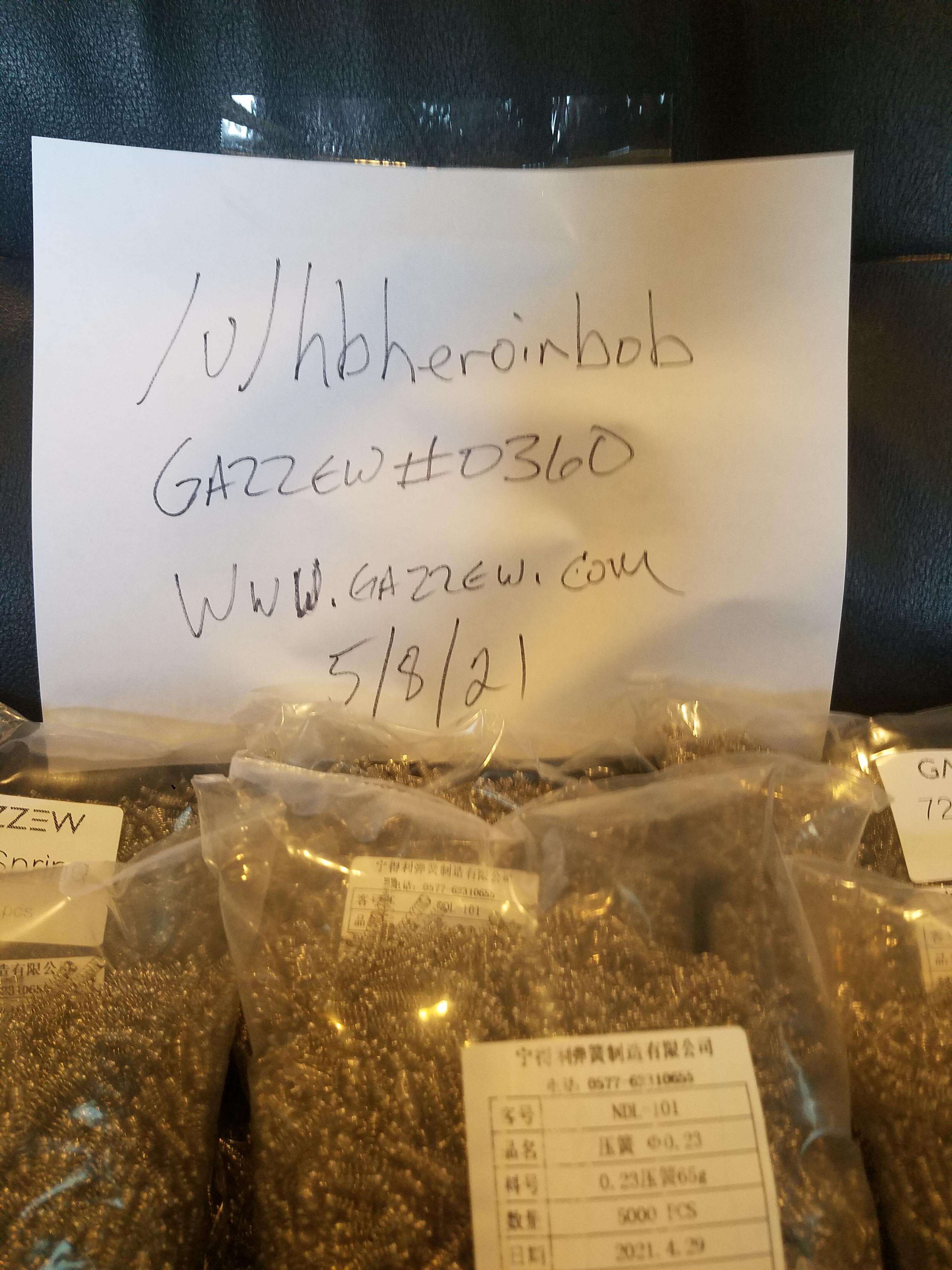 You blink you miss

damn, 2 hours for springs with unknown properties, I miss the time when people gave me a funny look when I said I bought my switches from heroin bob. That being said, glad he’s making money.

When you put it that way maybe it’s good to let some people check the springs out before I dive in. I was totally prepared to throw money at Gazzew just to see what the springs even were lol

I’d imagine they would be similar to the korean ss ones he was including early on. Those springs are great and have never had any issues with them. Excited to try whatever he puts out though.

Definitely want to try out these springs myself also, but don’t expect them to change the feel from any other similarly weighted spring. The progressive & slow curve springs have been shown to make very little difference beyond making the switch a bit lighter (progressive) or heavier (slow) than it’s stated weighting. Slow curve springs do get pre loaded & make the starting weight closer to bottom weight, but unless you are using those super long springs it is not super noticeable. Then I seena good write up on reddit (I think) about how in a switch progressive springs have their tighter spaced coils already compressed pretty much negating them from being able to really change the force curve.

Just a PSA so people know what they are using. I still think progressive & slow springs have a place as they give us weightings we otherwise wouldn’t have. Although do not expect them to change the actual force curve from linear to something else.