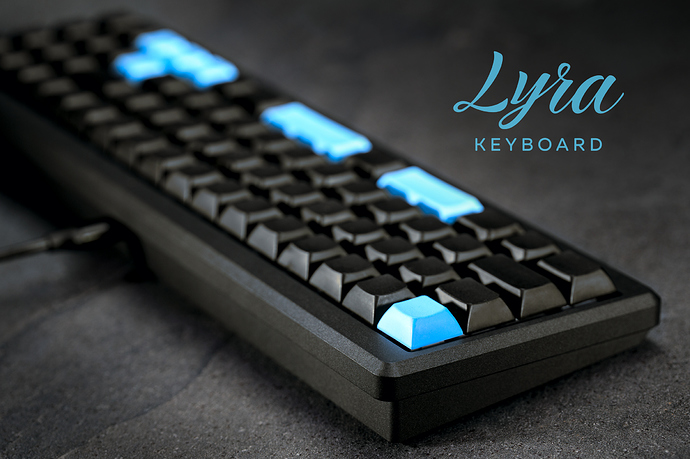 GB is unlimited, MOQ is 50.
There will only ever be one run.

This is probably not a board for me, but I do gotta give you props for a couple things on it after checking out the GH IC page. First of all awesome Ideal to make a right & left handed PCBs/plates, it definitely gives this project a wider reach & I’ve always wondered why nobody did that when their design would allow it? Secondly I love the positioning of your standoffs in the case (all just around the perimeter), I think all tray mount boards should shift over to something like this since it looks like it’ll make for a much more consistent typing feel. Anyways GL with the GB & I hope to see other boards from you in the future!

Thanks! This is the first job. The idea seemed obvious to me. Especially in one layout. But no one realized it. Modified inside the case will go into production: along the perimeter for the POM plate there will be a 1 mm wide board and only 2 racks from below will be rearranged (in the center and on the left), everything else will be stationary

The idea seemed obvious to me. Especially in one layout. But no one realized it.

Huh? The feature of having a lefty and righty PCB/plate and also the general layout (40%/45% + numpad) looks exactly the same as TKC’s Candybar.

Actually, with exception of the different looking case, the standoff positions (which are rather wobbly with the Candybar) and the USB connector position, this keyboard looks astonishingly similar to the Candybar Premium.

I though see that it has some more details being different, like a POM plate.

[Comparing my Candybar Premium’s layout with Lyra’s layout in detail.]

Waaaah, now I see that there is one fine, but important layout difference:

Now I want a Lyra instead of a Candybar. *sigh*

You do got a point there @XTaran, I forgot all about the Candybar premium. Overall though I like this design better too, so I’m kinda glad the Candybar slipped past without me remembering.

now I see that there is one fine, but important layout difference:

Actually, looking at Lyra’s layout options, it even seems to support both variants mentioned above. Look especially at the purple alternatives:

The only exception is that the Lyra doesn’t support a 2u 0/Insert (green alternatives) in a 4u number block. (Which at least I don’t really care about as I want my cursor cross down there.

You got the main idea right.

I first saw this layout in the CandyBar keyboard then I had an idea of doing something similar while adding a split spacebar and adding a possibility to cut the numpad out (leaving only numerics, instead of alphas — it might be helpful for languages with alphabets larger than standard English). 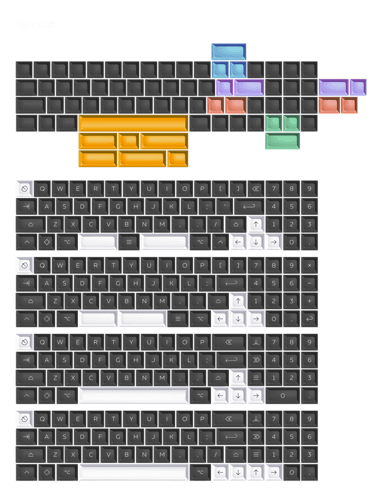 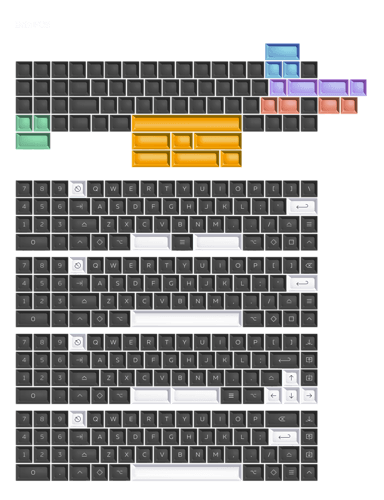