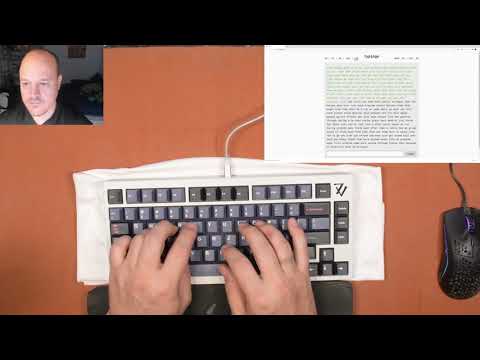 I am kind of hitting a point where I want to put Pewters in all my boards… but that seems lame. I am really fighting the urge to just go down that basic setup for all my stuff.

Pewters with DCS is

Yeah I have been hearing that. I want to hop in on DCS paperwork, but just joined some GBs. I keep running into “when it rains, it pours” situations with GBs I am interested in.

Yeah, that’s about to happen with TKLs.

What’s the general consensus regarding pewters vs. Gateron Cap browns?

I just got some cap browns. I think the Pewters still sound better, and the seem to return quick.

My main issue with the cap browns is that they seem a tad sluggish on the upstroke compared to Pewters. They sound great too, but I think I prefer the Pewters.

For 30$, the cap browns are an amazing value.

Yeah, so I just received some CAP Browns and had some Pewters earlier.

CAP Browns are maybe the first factory Browns that a custom builder might find acceptable in factory form.

They are like ‘more definite’ MX Browns, in that the annoyances of MX Browns have been worked out. They are smoother, wobble less, far less of that sandiness, the tactile bump is more distinct, they sound better, and there is less ping. It’s like an engineer was tasked to produce an MX Brown to what they are supposed to be, rather than what they are.

They seem to be a little heavier than MX Browns, the bump feels larger. I found them to be very close to some light 65 G [14mm] Ergo Clears that had been filmed and hand-lubed with 205g0. So they are like light Ergo Clears, or in-between MX Brown and Ergo Clear.

I think that @djmantis is right that they seem a tag sluggish on the upstroke.

The Gateron CAP Milky Brown seems to have better stock sound than CAP Golden Brown. The Golden Brown produces more leaf noise, which is undesirable. However, if you carefully lube that area, and just that area, with 3204, then the Golden Brown sounds almost as good + becomes a little gentler and may be better on the upstroke. So that’s the best CAP Brown for me so far.

The ideal CAP Brown for me would be something that sounds like Milky Brown or lubed Golden Brown and is like 10-15% lighter / less tactile. It would be MX-brown level tactility but have all the sound, wobble, and smoothness improvements of CAP Brown.

How does that compare with Pewters?

Unfortunately, my Pewters were overlubed from factory, so I can’t tell you much about them. I did later acquire some Durock Light Tactile. They come in 67 G, which is too heavy for a light tactile. My tests suggests that 57 G 15mm might be an ideal spring.

The Pewters are less ‘Brown-like’ than CAP Brown, IMHO. While CAP Brown is clearly influenced by Cherry Browns and Ergo Clears, I think that the Pewter stem is designed as a heavier tactile, like RARA or Zealio V1 or the Everglide Jade stem.

My impression is that Durock tactile all follow a kind of ‘P-bump’ philosophy, where the tactility is concentrated almost at the top, and is quite sizeable, and then it kinda slams down but is somewhat rounded so it’s not just a slam-down.

So, in that respect, you have the T1 which is a big P, and then the RARA [medium tactile] stem which is also a big P but with a smaller bump, and then you have Pewter, which is a ‘p.’

Like the other Durock tactile, I don’t think that there is much pre-travel, at least not as much as Cherry / Gateron CAP / SP Star Meteor Orange.

What I remember most about the Pewter / Durock Light Tactile is that the housing is extremely tight, in the sense of no-wobble. It’s like a Boba housing in that respect. Really the go-to housing if you want a light tactile that doesn’t wobble. Even beats CAP Brown, probably.

So Durock Light Tactile is a tight switch with very little wobble and a bump that begins near the top and isn’t shaped like Cherry. Lube it too much and the bump is gone.

The Pewters are less ‘Brown-like’ than CAP Brown, IMHO. While CAP Brown is clearly influenced by Cherry Browns and Ergo Clears, I think that the Pewter stem is designed as a heavier tactile, like RARA or Zealio V1 or the Everglide Jade stem.

While I can very much so agree that the CAP Browns are more “brown-like”, I… really do not understand the other part of this.

The Pewter/Durock Light Tactile stem is almost identical to a Cherry Brown stem, with only a very slight difference in how much the legs deviate from a linear stem leg compared to how much the Cherry Brown stem’s legs deviate. It is certainly not exactly the same stem, but that does not mean it “is designed as a heavier tactile”; it’s the lightest tactile stem that JWK has made, and both the first runner to try to get it to GB (DALExSNAIL) and the first runner to successfully get it produced (glizzo of Parallel Limited) were pushing JWK to make a light tactile switch, as a refined Brown-like tactile.

Whether they failed to do so (to you) or not, the stem itself (the legs of which pretty dramatically differ from those of JWK’s heavy tactile offerings) and the people involved in making these switches indicate that the intent was to produce a light tactile.

I don’t have a lot of experience with this stem. My Pewters indeed felt near-linear, but there was a LOT of lube in them.

I read a lot of conflicting accounts about these switches, and it makes me wonder. My factory Durock Light Tactile feel heavier than many Browns, but that is because of the spring. I’ve neglected testing them as much as I could have, because they just don’t come in the box the way I want.

The differences from Cherry Brown are probably causing me to see Pewters in a different way. I probably should have separated designer intent from what I saw as the result.

I read a lot of conflicting accounts about these switches, and it makes me wonder. My factory Durock Light Tactile feel heavier than many Browns, but that is because of the spring. I’ve neglected testing them as much as I could have, because they just don’t come in the box the way I want.

Totally fair! This is one of the reasons I started trying to collect switches and take them apart myself; what’s heavy to some is light to others, and the lack of a consistent etymology for… gestures broadly… seems to create more communication problems as time goes on.

No hard feelings, though; I realize that what I wrote could feel harsh when I was aiming for informative, which is my failure. We’re all trying to figure out how to convey things we’re feeling with our hands, and that’s tough!

Yes, there is a subjectivity here.

I keep comparing, in my head, the Pewters with other Durock tactiles. The Pewter bump doesn’t seem large, but it does feel like a scaled-down T1 or RARA stem to me, in terms of shape. That may not be accurate, but it feels that way subjectively.

I’ve sometimes though of creating a classification system for tactiles, but it is uncertain if any standards will stick among people who customize keyboards.

One of the things I heard when I first got Pewters was that there was too much lube. I used Kleenex to wipe off each stem (particularly the legs) and then re-lube with 3203 (none on the legs). Filmed with TX.

The second round that I got, the lube looked much more consistent. However I copied the same setup for the second batch.

Might be worth it to give this strategy a try if you still have some.

Pretty crazy to counter this to Milky CAP browns that required no real work out of the box and at 30$.

Certainly, it would be hard for me to justify the price differential between Pewters and Milky CAP Browns.

But Durock Light Tactile / Pewter has advantages: a tighter housing, almost no wobble. It also has a somewhat different-feeling bump than regular Browns, whereas CAP Brown is more reminiscent of classic Brown tactile-shape.

So it’s not entirely apples to apples. Well, it’s kinda like Macintosh vs Delicious.

Personally, I do not like the sound of Durock Light Tactile, and believe it needs lubing, whereas any work on Milky Browns is kinda unnecessary: you either like it or you don’t.

There is something to consider in the comparison, however.

Gateron CAP Browns, at least in early runs, were known to have leaked lubricating oil on some occassions. So that may have mitigated against the early reputation of the switches.

I’m not sure if they still do that. But if you are concerned about the possibility of lube leaking onto the PCB, then the Durock Light Tactile could be a better choice.

I’ll need to lube them or something, I have mine in a FL980m(rubber dampening only) and both the stock R1 iteration and the filmed R2 iteration I have feel and sound kind of “crunchy” in comparison to the lubed Naevy V1.5s I have on my Melody96. I’ve narrowed it down to the leafspring of the housing fighting against the stem, but IDK why it’s complaining so much at such a low weight and tactile event.