How to straighten GMK Spacebar?

I recently warped the hell out of my ABS spacebar and had to buy a new one. Thing is, that ones warped as well. It’s usable, alright, but makes even TX stabs tick on the left and right side.

I’m not convinced I can nail it with a hair dryer, and buying more spacebars seems out of the question. So, here’s what I could come up with:

A: Do some Black Magic on my stabs

B: Straighten the spacebar

C: Maybe have someone else straighten it for me?

I’ll be open to hear any suggestions. 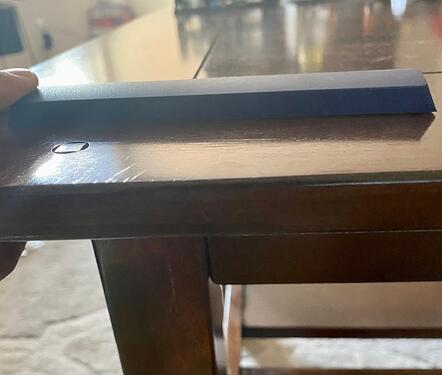 I think the boiled water method is the easiest and most likely the safest. You boil some water, let it sit for 30s and then take it out and straighten it. My GMK Cadet II spacebar is also a bit wrapped, which is really annoying considering the cost, but I’ll still fix it.

Important note from the author of that video:

Blockquote
Only if it’s PBT plastic. If It’s ABS plastic, need to do it with warm water, not boiling or very-very-very short in boiling water (dip)

So for something like GMK, you want warm water:

I’d go for the higher end of the range, namely 43c. 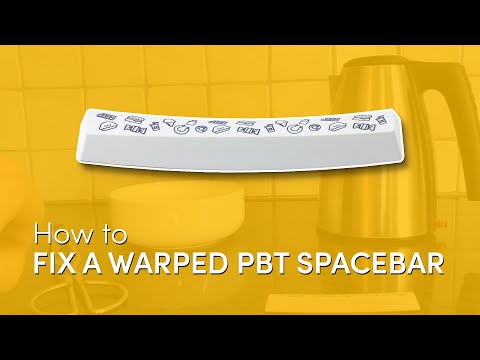 I’ve heard that the spacebar would melt. If you get to trying it, please let me know!

Melting temperature of ABS is about twice the temperature water boils at, so I don’t think melting is much of a concern.

My suggestion would be to just bend the stab wire to accommodate the warped spacebar, as opposed to straightening the spacebar to match a straight wire. The stakes with bending/un-bending the wire are way lower than with heating and straightening a spacebar. If a warped spacebar doesn’t bother you aesthetically then bending the wire should achieve the same ends. My thinking is that the stab ticking that results from a warped spacebar is a matter of the parts of the system not moving in sync, everything being straight minimizes the likeliness of this happening but I think everything being the “same amount of bent” would work well enough.

Which direction would be optimal for this? I use flipped space, so the right side peaks up.

How come people always warn to not use boiling water?

Last time I’ve tried using boiling water to fix a spacebar (OEM profile from a gaming board) it wasn’t successful.

Could be out of ignorance tbh. I for one, have no idea about that, so I simply passed through what that video says.

Alrighty, I tried the 43C Water method and it didn’t work. It just might be on my end, but my spacebar just wouldn’t stay down.

Do you think a higer tempreture would help? Like Cloud said, maybe around boiling water?

I think it’s fair to say the next step would be a higher temp.

I would guess matching the bend of the spacebar, so bending the wire up just a little on the side that spacebar is bent up on.

In regards to the heating and straightening the spacebar, you could also try longer soak time as an alternative or in conjunction with higher temperature. Once you find the right temp/time combo, its also important to keep the spacebar flat until it cools down completely.

I just tried to fix a gmk 6.25 the other day with a heat gun. Had tried really hot water before and it didn’t work. Unfortunately the heat gun warped it more… I mean getting the bar hot enough to reshape inevitably makes the warping worse at first. It took quite a bit of time, but it’s useable now… though one bit looks melty. And I melted my backspace by accident lmao.

It was a rough afternoon.

Nearly cried. No joke. Thankfully mechmarket pulled my sorry butt out of here

Edit: This is the previous spacebar. I did not screw up again. 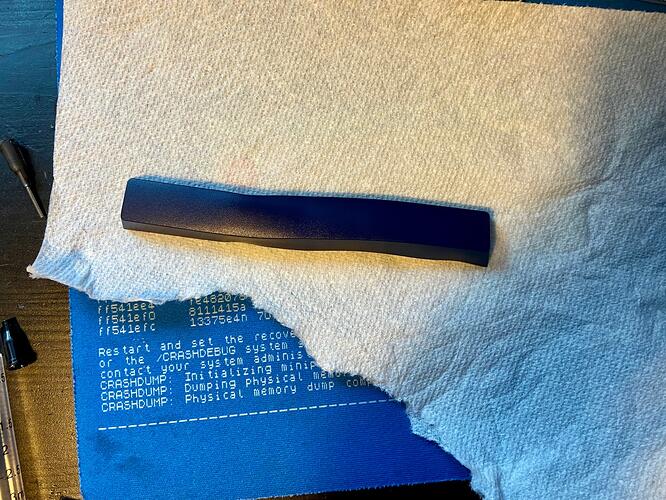 I’ve had good luck with correcting bent space bars with a hair dryer. I just get it relatively hot and start pressing it down on a flat surface.

Alrighty, @adi518 method worked like a charm. Straighter than companies after June 31st… Thank you all!