I had an AI design some keysets

I recently got access to OpenAI’s GPT-3 API beta.

As my first experiment, I decided to try to get it to design some keysets.

I gave it a few example keysets as prompts, and then would start off with a keyset name (i.e., “GMK Diode”) and the AI would generate the set inspiration as well as the color scheme of the set.

Here’s an extremely lightly curated sample of what it created (with some quick renders with Keyboard Render Kit): 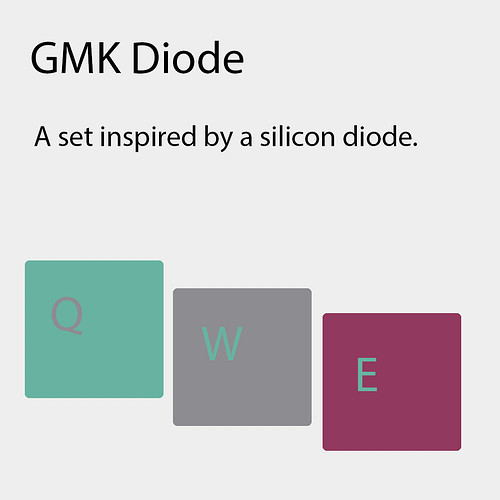 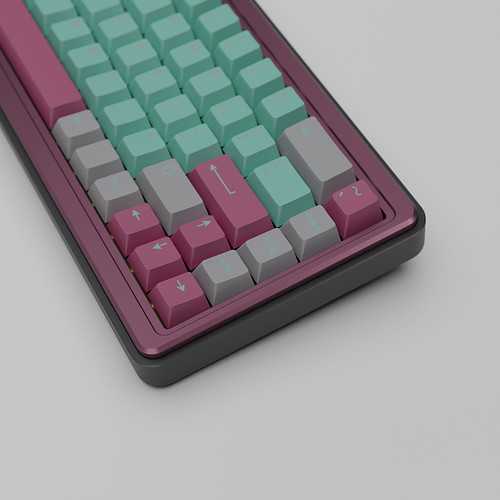 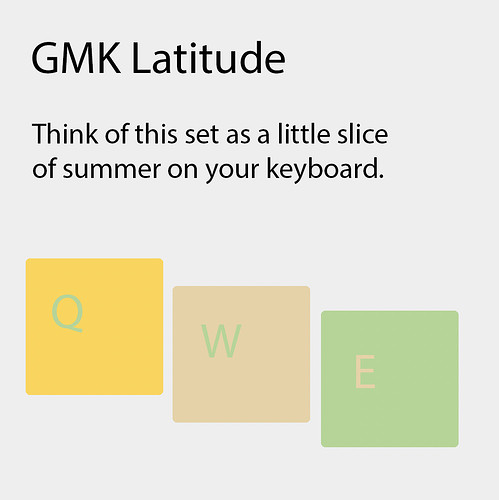 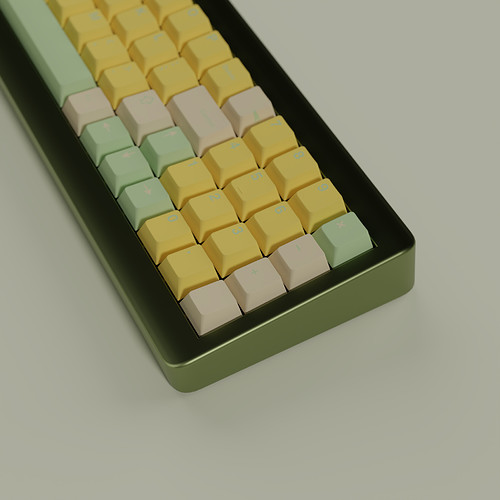 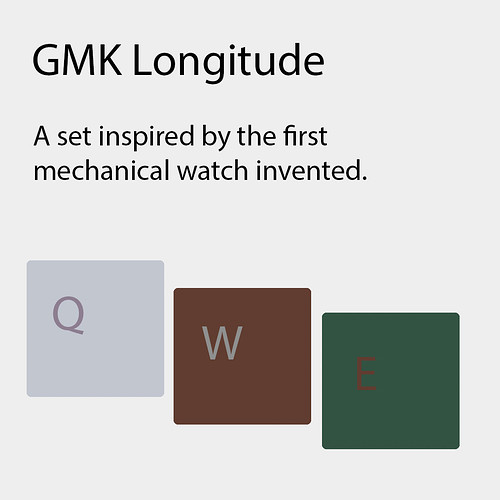 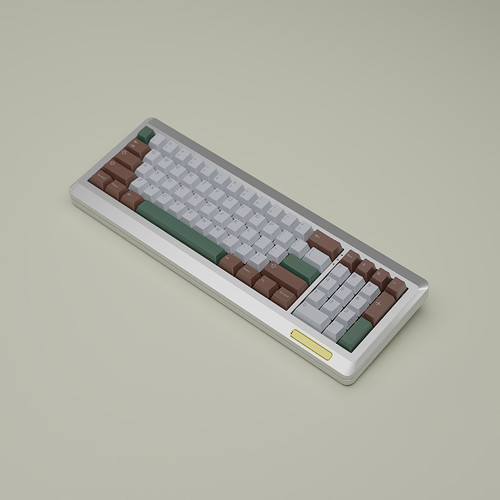 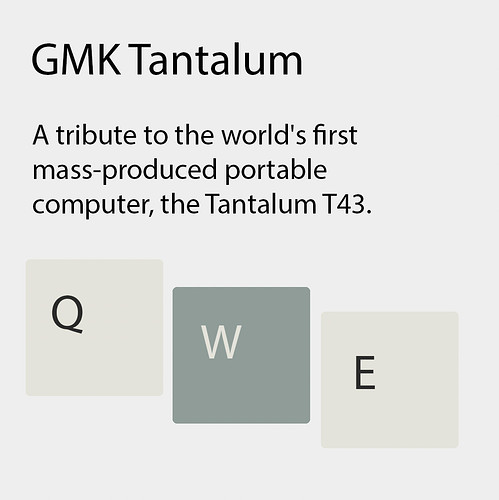 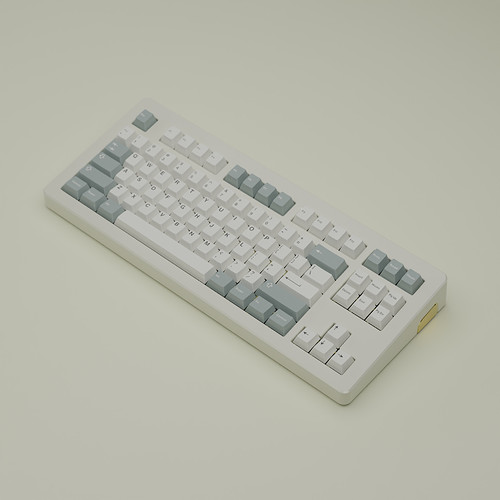 On this one the AI thought up the name (GMK irl) as well! A strong statement from a digital brain on the real world. 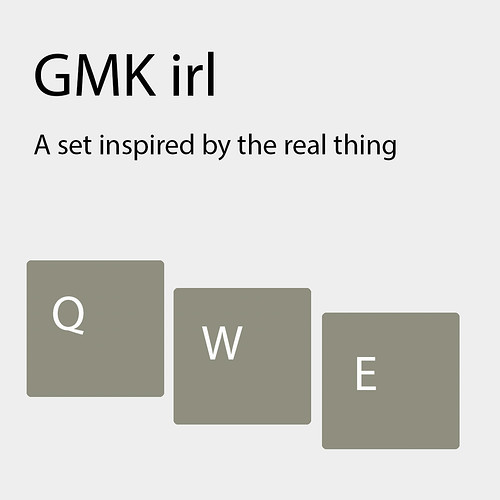 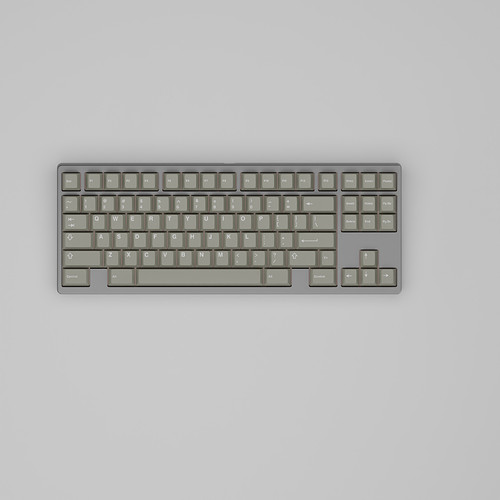 Here’s a bunch more I haven’t rendered out yet: 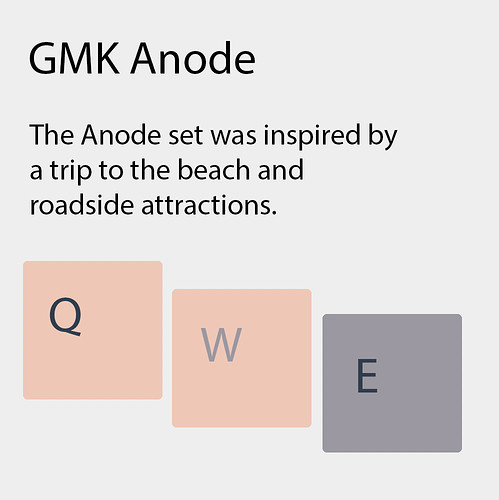 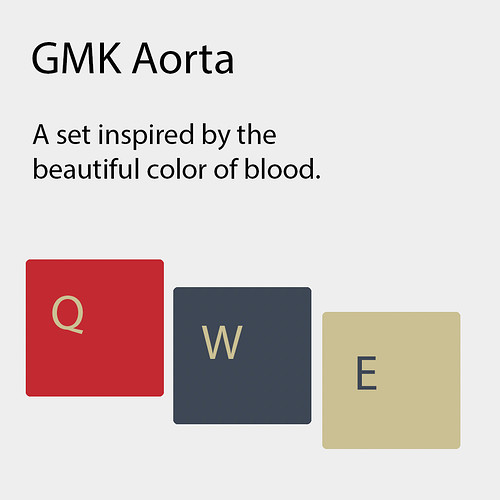 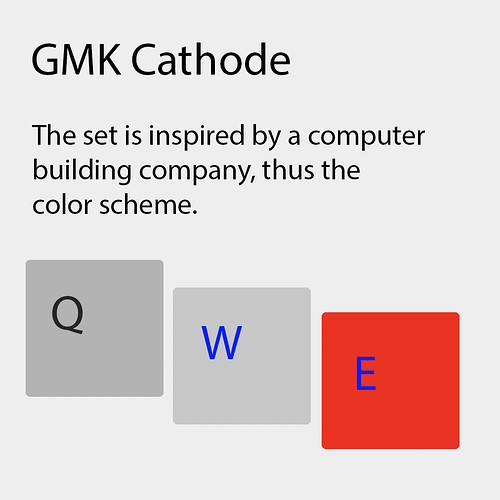 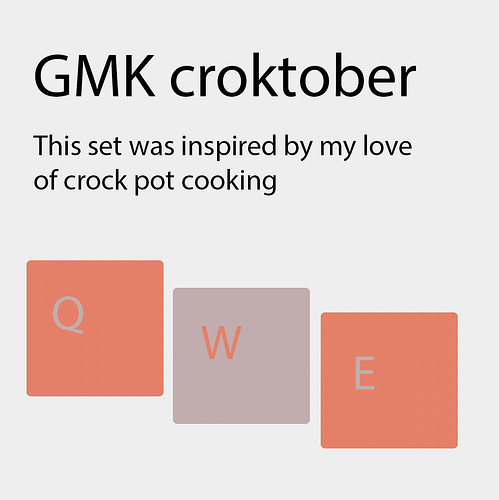 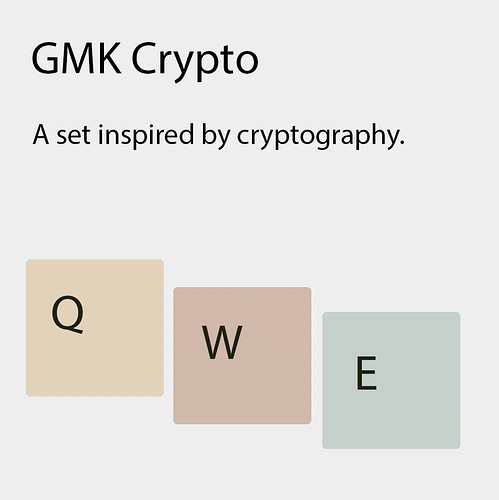 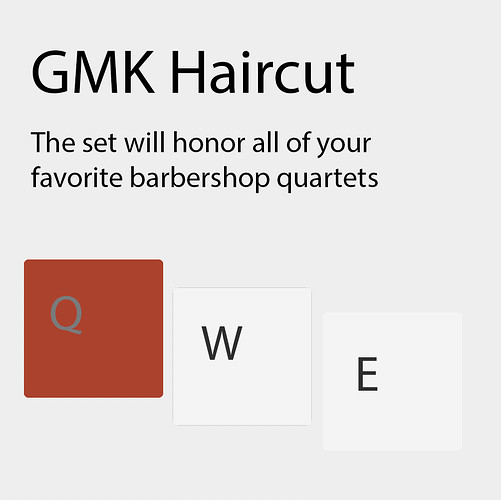 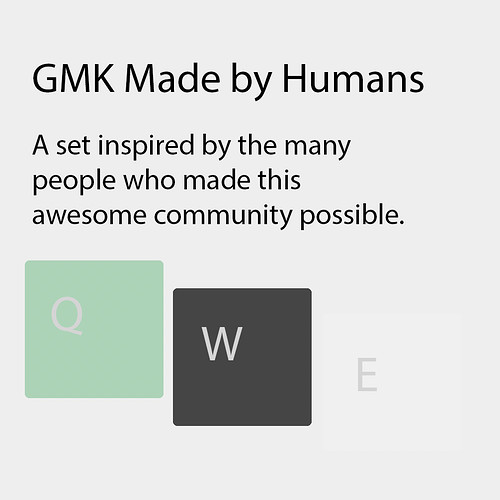 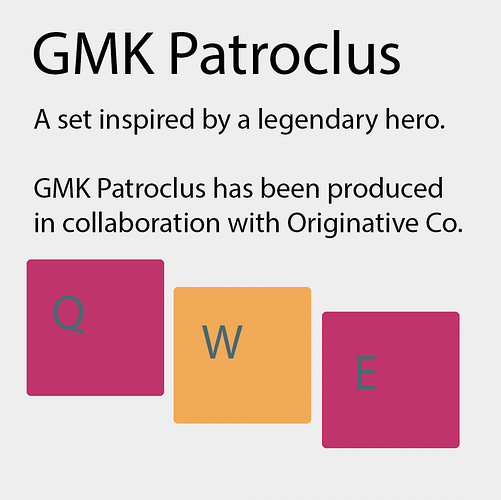 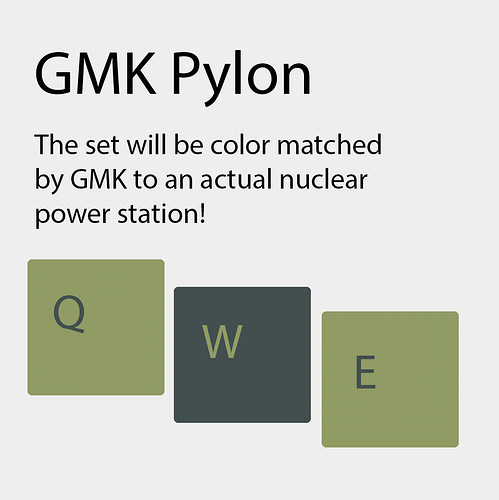 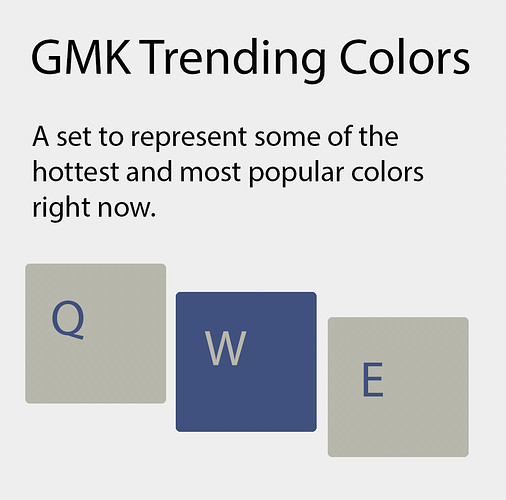 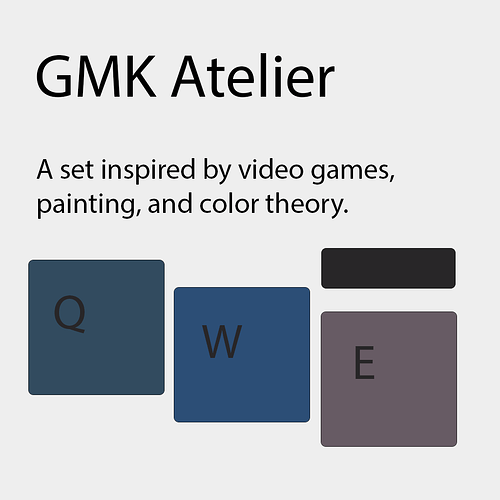 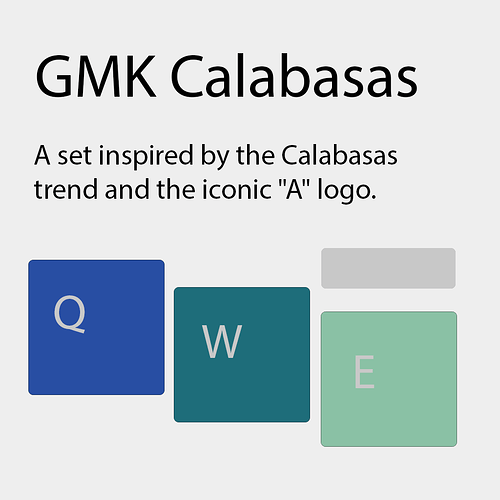 Some of these are better than designs from “real” designers

Aorta and Atelier peeks my interest.

here’s some renders of Aorta and Atelier 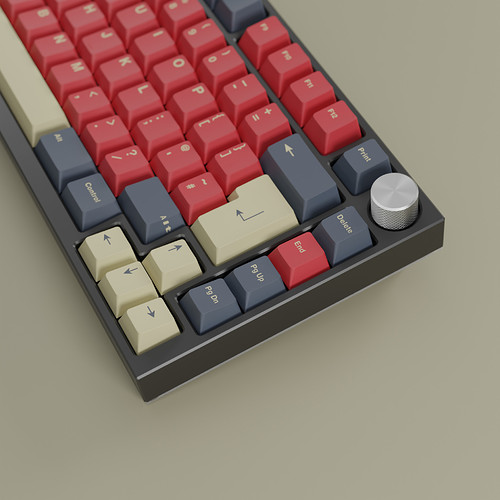 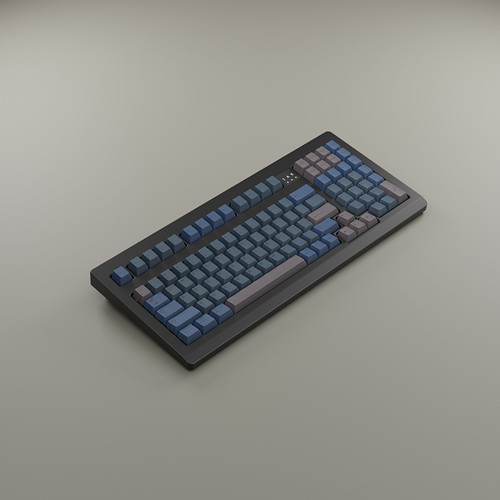 Atelier reminds me of Tai Hao Tomcat. I like the muted pastel combinations the best.

Tantalum and Haircut actually look nice. Made By Humans looks like a washed-out Delta. Trending Colors and Pylon I could envision going to GB in 2021. IRL is also basically GMK ASCII.

I like Crypto and Trending Colors. A lot of them seem too low contrast to me. If there was some way you could create a metric for contrast to ensure the legends stand out better that would be helpful. Really cool project. 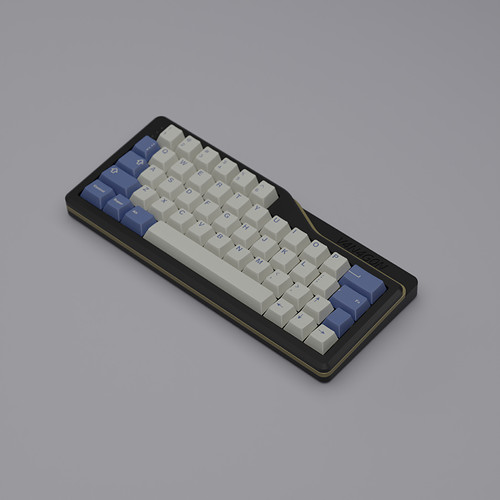 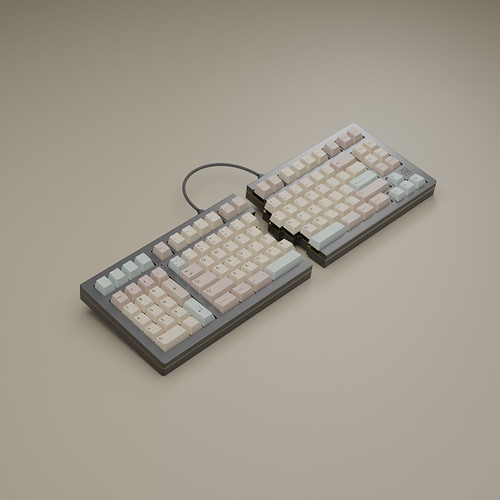 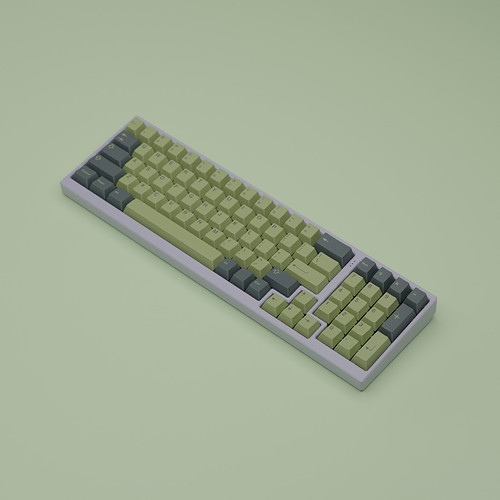 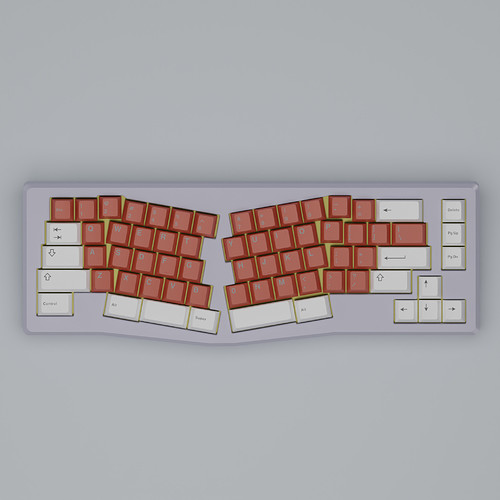 That’s awesome, I’m handing in my master’s thesis on OpenAI API as an information infrastructure and it’s impact on HCI in two weeks. Very jealous you get to play around with GPT-3. Have you tried training it with a json layout or KLE and seeing what pops out? Could be fun to see “peak ergo” or “200% layout” as imagined by the world’s most bigly smart correlator.

What would be interesting is if you set up a website for user/r/mk input and (slowly) train on that.

I had the AI generate a backstory for the Tantalum T43:

The T43 was a hybrid of the best features of earlier computers; it had the solid state memory and reliability of a Davenport, the compactness of a Commodore PET, and the video capability of an Apple II. It was an instant hit with the business world, when it opened up previously unheard-of opportunities for small businesses to automate their operations.

The T43 was produced by the Tantalum Computer Corporation, headquartered in Philadelphia. Shortly after the introduction of the T43, however, the company came under intense scrutiny by the Federal Trade Commission and other government agencies for its monopolistic practices as a hardware manufacturer. Tantalum was accused by the FTC (which had itself recently awarded Tantalum a prestigious award for competition in the business sector) of violating Section 2 of the Sherman Act. Ultimately, Tantalum was forced to divest itself of all of its hardware manufacturing operations. The company was later reorganized and renamed Tantalum Enterprises; it now exists as a software manufacturer.

Even before the FTC investigation began, however, the company had lost its early entrepreneurial spirit in favor of vertical integration. By 1979, the company had begun an awkward move into the software business, with a few oversold products (such as the T89 word processor) that were not up to the standard of its hardware products. The FTC’s meddling in Tantalum’s affairs would prove to be a great boon for its competitors. Other companies took advantage of Tantalum’s troubles, releasing computers with advanced features, such as memory expansion and built-in high-resolution graphics display (including VECTOR GRAPHICS), that had always been considered Tantalum’s “secret weapons.” The “Tantalum Wars” are still very emotional in the computer community, and Tantalum has never really recovered.

The FTC eventually ruled that Tantalum could remain in business, without hardware manufacturing; however, Tantalum’s reputation was so badly damaged by the controversy that it never regained the success that it had with its T43. There is no doubt that had it not been for the FTC’s intervention, Tantalum would still be considered a major player in the computer world, and would have survived the “Tantalum Wars.”

In its final form, the T43 was a truly amazing bit of technology. It was the first color computer to sell for less than $1000; color monitors were included in the base price, and there was factory-installed memory expansion for those customers who needed more. It had a built-in high resolution graphics display, and a mouse (the first to be mass-produced in the US) that was compatible with the Apple II.

The T43 helped to change the face of business in the 1980’s. Business people could now automate their operations, rather than relying on clerical workers to do the jobs that computers could do faster and better. The T43 was a hit from day one, and within a few years the competition had responded with comparable products.

Unfortunately, as with so many other companies, the move into the business market proved to be a mixed blessing for Tantalum. Although it became very profitable, the company lost sight of its core strengths: quality and innovation. In an attempt to stay competitive a series of “me too” products were released, followed by the misguided “Tantalum Computer 2000,” which was a joke from day one. The company never really recovered, and in early 1985 it officially withdrew from the hardware business: making it the shortest-lived computer manufacturer ever.

I gave it a shot with raw KLE data this morning and didn’t get very far. I’ll experiment with some other ways to get it to generate layouts. (Ultimately layouts just might be too small of a search space to get much interesting stuff generated)

crocktober is a great idea, tbh. There’s already a few sets that are inspired by “high-end” brands (finer things for one). Running crocktober in a naturally shiny profile like SP, KAM, or even HSA (if it ever ships a set) would match the glossiness of the enamel.

I can imagine all of the crocktober renders now with a Le Creuset Iron165 on a beautiful kitchen counter next to pots and pans.

This has actually sparked an interest for me. @norbauer , from a pure feasibility standpoint would it be possible to coat a steel (or aluminum) board with an enamel similar to that on a Le Creuset pot? A quick google shows that the enamel is fired at 1450 degrees

I would imagine so, though that is typically higher than even bake-off temperatures for powder coat on aluminum, so you might want to stick with steel. The trick would be finding someone to do it. Also bear in mind that the cosmetic results from enamel are typically below what we keyboard people have come to expect on custom CNC housings, but for the sake of novelty and in keeping with the Creuset theme, I like it.

Man, now I unironically want Crypto. Running one of these sets as one designed by AI would be a really neat novelty!