In case you weren’t aware, the ScrabblePad is a thing that exists. 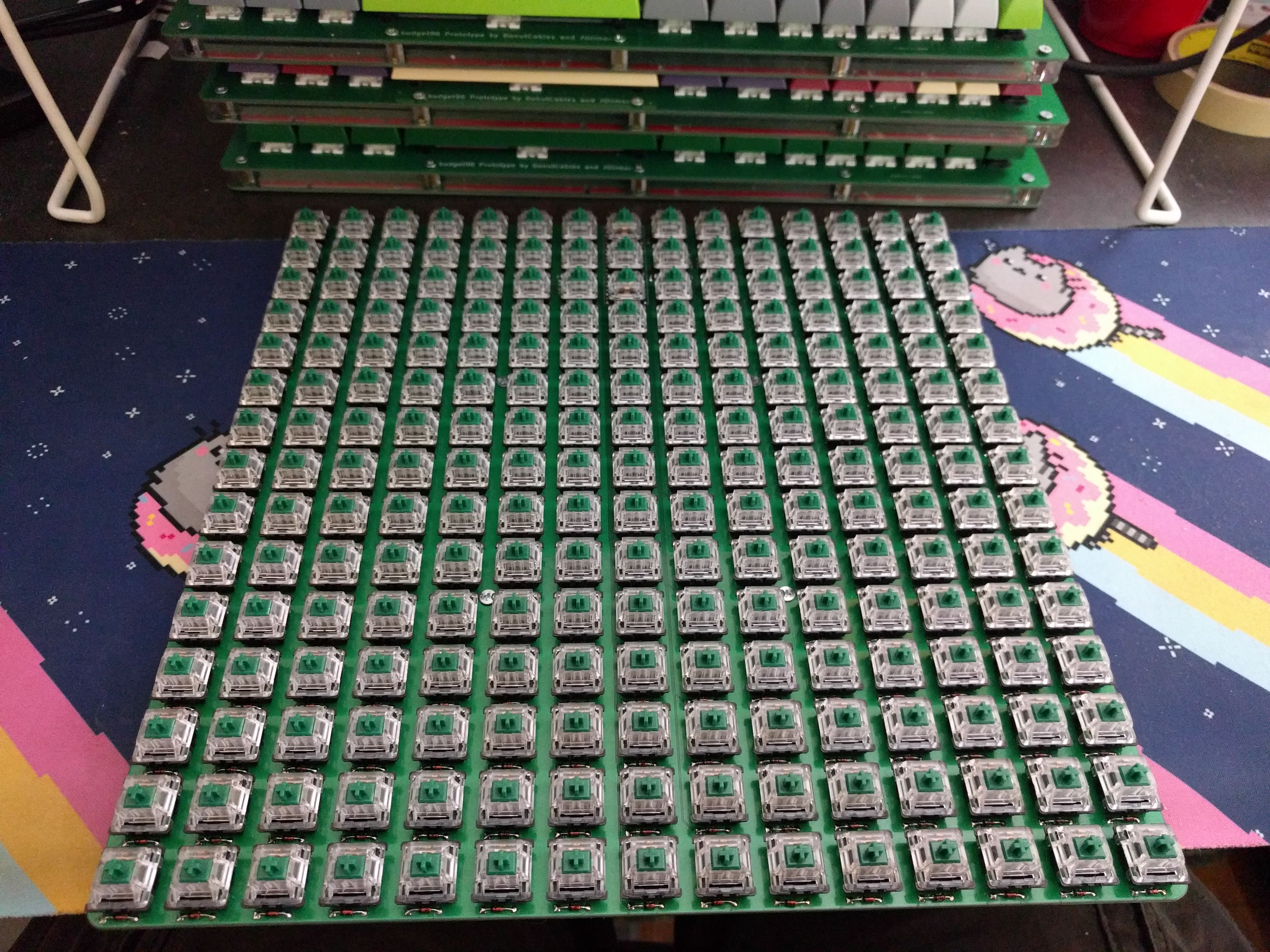 Originally IC’d back in the far off land of 2018, this was designed to go right along with the then Scrabble XDA keyset and the accompanying Scrabble Board by Novelkeys. 225 keys in a 15x15 matrix, powered by a Teensy++2.0, hardware support for a TRRS port and PJRC MicroSD reader, and internal pin and RGB pin headers, ScrabblePad was my first foray into taking a board all the way from idea to KiCad design to production, and arguably my most successful/troublefree GB to date. So obviously I want to push my luck and try it again

This time I’d like to take it a little further. Without marketing it as a pairing to another case/board I don’t have to worry about meeting any design constraints other than my own. My current goals are as follows:

I’m back working on this and a few other PCB projects after that thing I do where I run into a problem and then just shelve the project for months. Here’s where I currently sit:

Looking forward to getting this moving forward as much as I can given current limitations and other projects.

sounds very cool. Would you envision people using transparent uniform caps to create board games (maybe like Go) on it? It sounds awesome I’m just trying to wrap my head around some of the things you’d envision in the LED Matrix Project realm.

So besides the combined usage(keyboard + LEDs) the main thought was non-keyboard LED matrix usage. For example, I’ve seen quite a lot of just using RGB panels for wall art, for vumeters, and other colorful stuff. 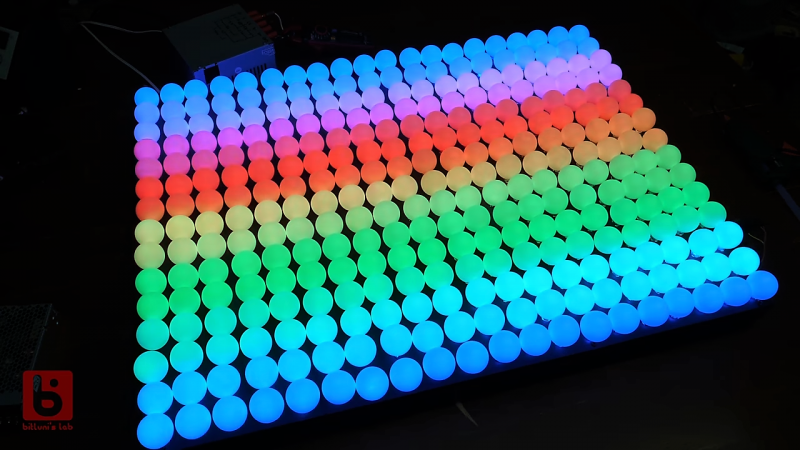 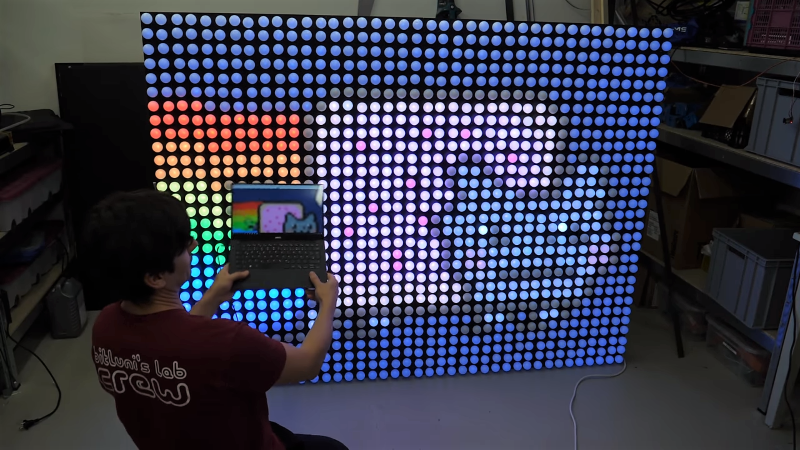 My thinking is, opening the design up to be used by the same people that may be working on this sort of projects is an opportunity to increase the reception and reach of the base board itself. The more people that get in on the board, the cheaper it gets, and the easier to justify the other expenses for builds like needing 256 caps and switches

And also I’m pretty sure some magic can be done to utilize the bluetooth/wifi capabilities of a symbiotic ESP32, especially on KMK/CircuitPython setups.

will mount this on my wall for leds. thanks

I see and I look forward to playing around with it. I think a 16x16 Go board could be very cool, especially since the LEDs would mesh so well with the trinary state of the game (white/black/off). I have seen color-based Sudoko as well which would be a good match. Some interactive game of life stuff would be cool as well.

It appears you can get 250 translucent DSA caps on Flashquark for about $100. Perhaps a side-gb could knock that price down a little bit. SP makes them as well but on PMK it’s $15 for 10 so nearly $400 to cover the board (though again, a GB might also be able to bring the price down)

I’ve actually got some leads on Cherry relegendables that I’ve just been sitting on for awhile; This would be a good opportunity to try them.

@donutcat
I ran across those blank DSA caps on Flashquark again today and I couldn’t remember what I wanted them for but I finally remembered. This!

How’s it going with the project? 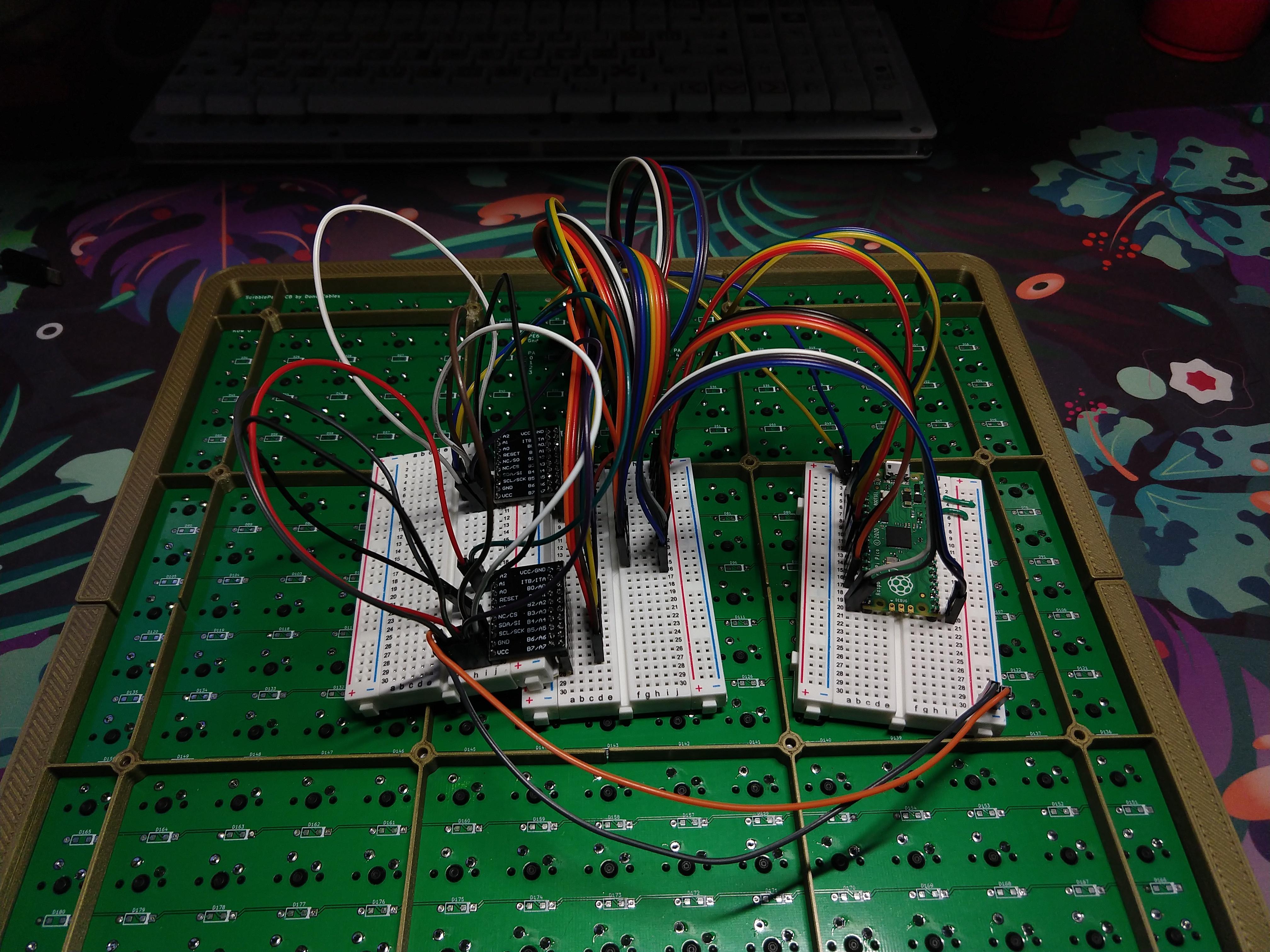 Okay, I can recognize the pi pico, but what is that monstrosity you’ve created with those breadboards?

So that is a slightly bodging that’s had to occur because these MCP23017 proto boards have the outputs directly next to one another so they can’t be (easily) plugged in properly. I’ve slightly improved it since by using two sets of standoff headers and jumping the inner row of the first 23017 down a few rows.

This right here is my rig for testing my KMK code in a better way than just touching pins together. I’ve currently gotten keymapping for the entire matrix +1row/+1col down and next step will be the per-key RGB setup that I’m emulating with a 16x16 flex panel and waiting for a USB power meter so I can properly test limits there. Current rate of stuff “just working” I could see having assembled protos ordered before mid-March.

So lets start with this 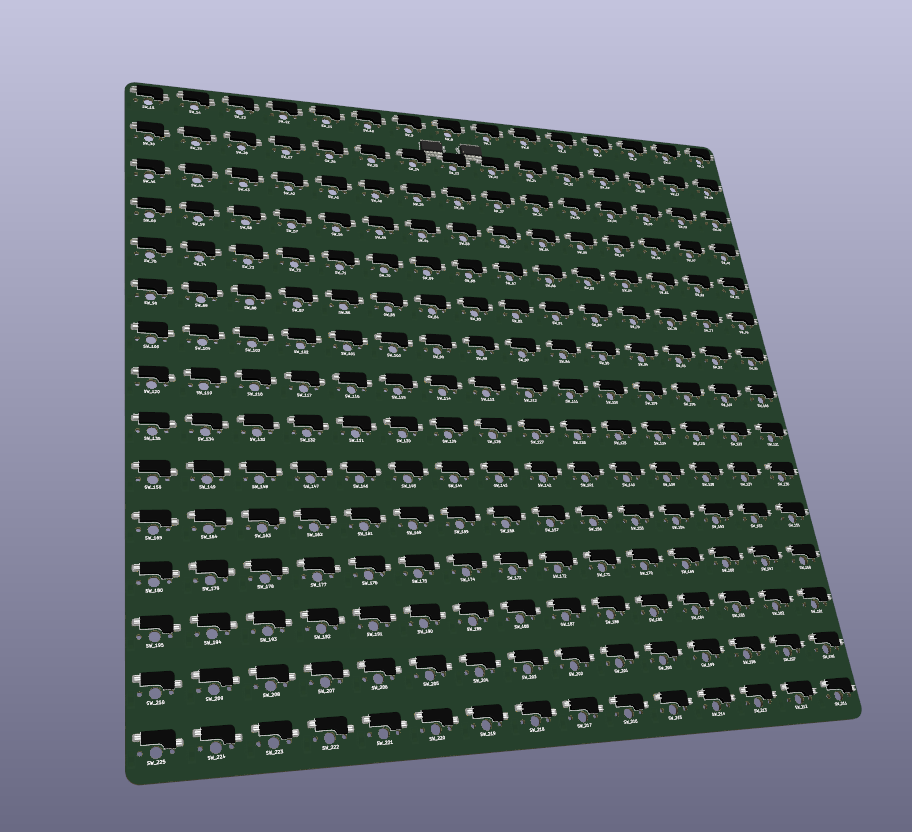 Keen eyes will note the 15x15 array instead of 16x16. With DSA Scrabble around the corner, I’ve been approached with interest in another ScrabblePad run at minimum with a chance of doing things funkily. Right now I’m looking for feedback. Obvs I’d been pushing the 16x16 for a bit but with a little collab on the table I can’t really say no to any chance to make hardware happen. Could just do the 16x16 and then do like a blocker for people wanting the 15x15 layout, Idk. Kinda awkward to have the different layouts possible and having to really only pick one to make available.

Let me know thoughts on the matter. Controller options is pretty set in stone at this point, really it’s just settling on 15 vs 16 and then finding case/mounting options.

Still don’t know what I’d do with this but I like it. No opinion on 15 vs 16 for me. Sorry to be so unhelpful.

not sure if this is still on the table

but just wanted to re-iterate my support.

also, in terms of 16x16 vs 15x15, if you went 16x16 and used an acrylic blocker for a border (to create a 15x15 board) you could use the LEDs under the blocker to run light patterns even without a switch in them, would be pretty cool – or this could be done with blank caps as well.