One thing that has always bothered me about manufacturers of “Cherry profile” keycaps like ePBT is the height of their keycaps relative to GMK’s. GMK keycaps sit lower on switches and thus look better and feel better than those from other manufacturers. For me, that’s part of the big draw for GMK keycaps.

Additionally, I’ve noticed that keyboard designers will choose the height of their case bezels to sit just above the bottom of GMK keycaps so that there is no apparent gap. If you use keycaps from manufacturers like ePBT, which sit slightly higher on key switches, you get that awkward gap.

I thought this was maybe a PBT/ABS thing but OG dye sub PBT Cherry keycaps and even modern BSP-manufactured keycaps sit at the same height as GMK as far as I can discern and don’t have the height discrepancy so I don’t think it has to do with the chosen material. Additionally I have cherry profile POM keycaps that sit as low as GMK.

Why would manufacturers like ePBT get this wrong? Is this small but significant detail bother others as much as it does me? Maybe I’m just OCD? Curious if others think about this.

It is annoying. Luckily, many designers are taking this into account now and set the switches slightly lower to accomodate more profiles. MT3 sits very low, which is one thing I love about it.

I didn’t realize MT3 sits lower. I’ll have to take another look.

it doesn’t sit lower than GMK. I’d say GMK is about .3mm lower than MT3, but for spherical caps, MT3 sits lower than SA or DSA. And some boards just NEED that sweet spherical set

And this all matters for silent switches, as well.

Allegedly, ePBT being out-of-spec [per Cherry] means that the caps bang on the housings more audibly than GMK. So ePBT isn’t as quiet on Zilents.

[WRT Zilent tolerances, GMK/Cherry and KAT seem to be well-aligned.]

The OP also mentioned BSP. Is that similar to CRP? I have a CRP set on order. Should be in-spec, I guess?

Interesting comment about Zilents. The homing keys on ePBT definitely have that problem from my experience.

I’m not certain about the relationship between BSP and CRP but I’ve seen them used almost interchangeably in the past. BSP is a manufacturer based in Denmark. Originative sells their keycaps: 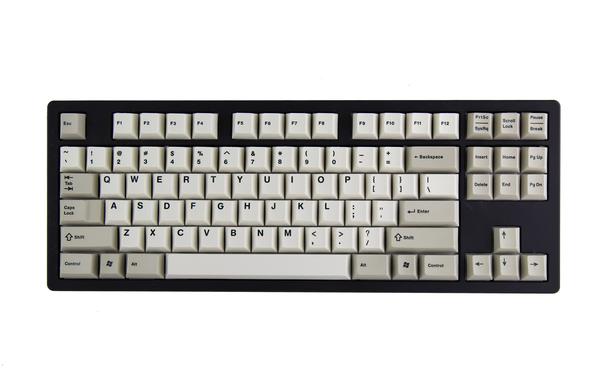 With a dark black font legend on a creamy beige color, this classic style was a popular color combination for Cherry Corp's mechanical keyboards from 1986 to 2009.  We added three extra options to your liking of color. These are brand new, made...

They are fantastic by the way. I highly recommend them if you don’t mind the cost (and the fact that they don’t come with a space bar).

I’m running EnjoyPBT WoB on Zilent v2’s and have 0 issue with keycaps impacting the switch housings…
Is ePBT a different company then EnjoyPBT or are the the same company?

I’m not sure everyone’s experiences will be the same. I may or may not have experienced this when I tested ePBT on Zilents, I can’t even remember now.

i have had the issue with the scooped homing keys hitting underlying switches. My solution was to add zealencios or equivalent on those caps to get rid of the annoying tapping noise that was happening on only those keys. North facing switch washers should work as well but at the time I couldn’t find any available for order.