Inside and out of a IBM PS/2 Host Connected Keyboard

I needed to take photos of this specific keyboard for an article I’m working on, so I thought I’d share some of them and other existing photos I have!

This is an IBM Personal System/2 Host Connected Keyboard, a 122-key Model M (or M122) buckling springs keyboard. It was a terminal emulator keyboard with IBM 3270 PC legends produced from 1990 to 2000 by IBM US (1990-1991), IBM UK (1990-2000) and Lexmark (1991-1996). It constitutes the main example of what I call a Type IV Model M122, which were the final breed of 122-key Model M introduced by IBM. You can see my page comparing the types of M122 for the full details, but sufficed to say, Type IV is a battlecruiser-style M122 with lock-lights and easy PC compatibility. “Battlecruiser” contrasting the earlier and slightly bigger “battleship” M122s that visually resembled the earlier 122-key Model Fs. These became the basis of Unicomp’s current PC 122 keyboards and terminal emulator products they continue to manufacture for Affirmative Computer Products.

I modified the layout of my German example quite a bit, so above is what the keyboard should look like by default (and in English). Speaking of J. Elliot, they have an excellent page on info about these keyboards. They extensively cover the scancodes, keymap and possible drivers for this keyboard.

Anyway, notice the awesome blue legends for PC-style functions? It’s a nice callback to the original IBM 3270 PC 122-key Model Fs such as P/N 6110344. Unicomp can make keyboards like this today, but their blue is darker. They also sell a 3270 PC button pack as well. 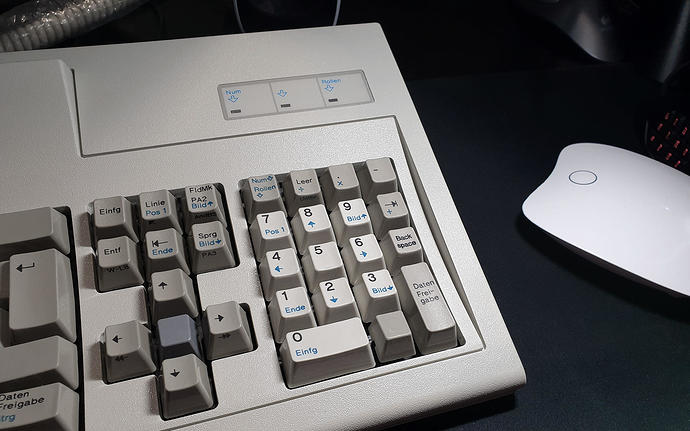 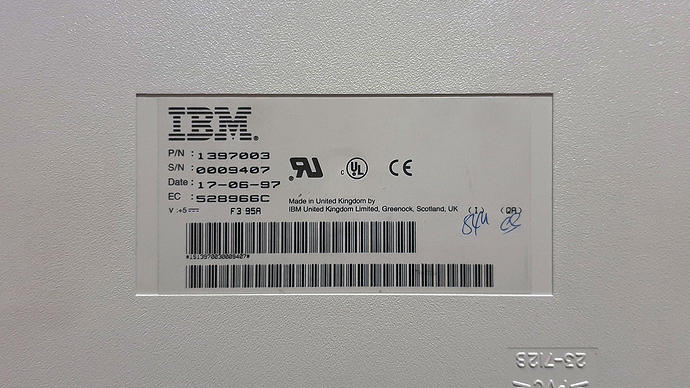 The lock-light overlay is also unique and very cool! Regardless of language, it should have blue text. 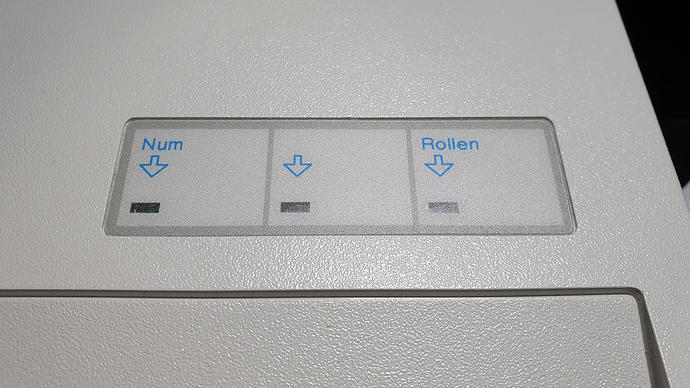 The inside is mostly what you’d expect if you’ve seen a Model M before. The rivets surprisingly helped up amazingly. I didn’t get this keyboard NOS, but it was extremely well kept. About the only issue is that one of the screws holding the case together has rusted slightly. 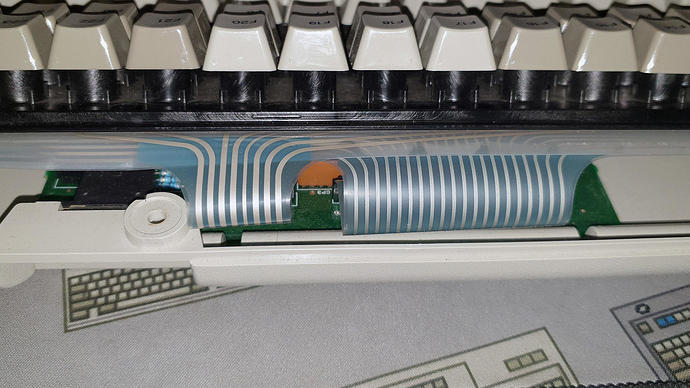 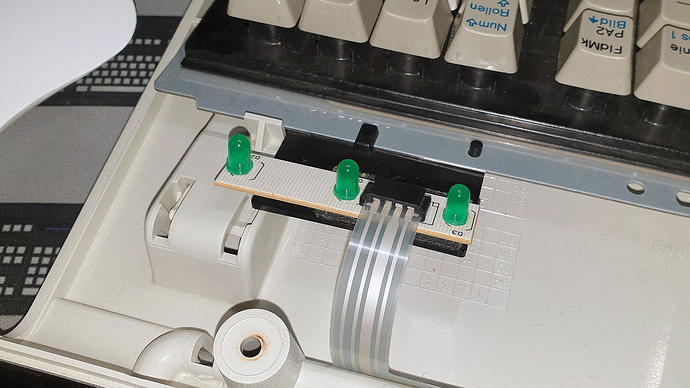 Of course, the main party piece of this keyboard is that it has an SDL port. It can accept PS/2 or AT cables. The keyboard supports all three IBM scancodes according to J. Elliot, and indeed, this keyboard will work with your average PS/2 port or active converter. So, no need for a Soarer’s! My venerable perixx PERIPRO-401 works fine with it.

If the inclusion of an SDL plug doesn’t bother you, there are also many other Type IV M122s with or without SDL. You can see all the Type IV part numbers I know here, just beware that ‘Quiet Touch’ rubber dome Type IVs also exist. 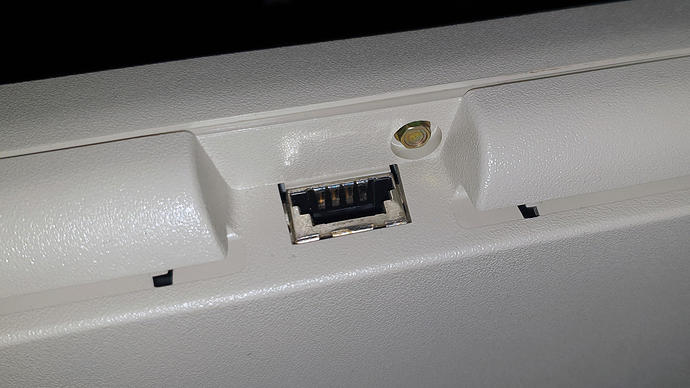 A telltale sign that this is a late Greenock keyboard is the fact “PVC” is embossed on the back. I seldom see this with IBM US or Lexmark keyboards. Anyway, the fact the case is made of PVC is why it hasn’t (and why most Model Ms don’t) yellowed. 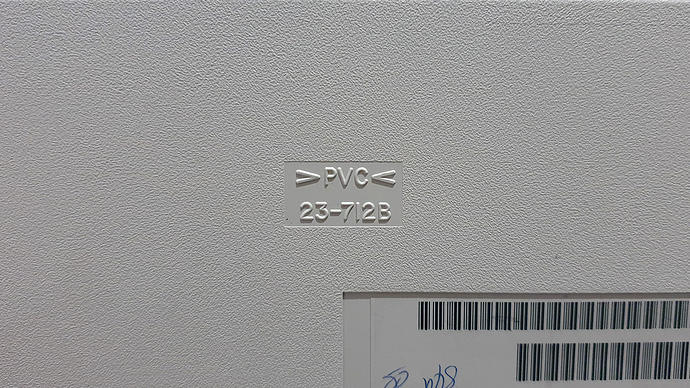 Another giveaway that it’s a late Greenock is that fluid drainage holes are present, but there are no channels to guide the liquid! Lexmark-made examples would have a channel here. 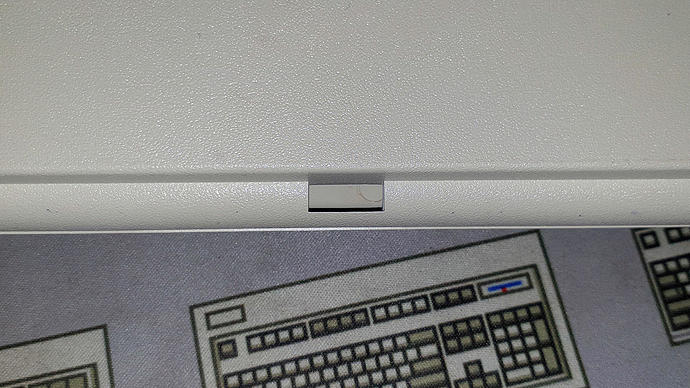 The controller is a bit different to a standard SDL-based 101/102 key Model M controller. The fact it looks mirrored is the obvious difference. 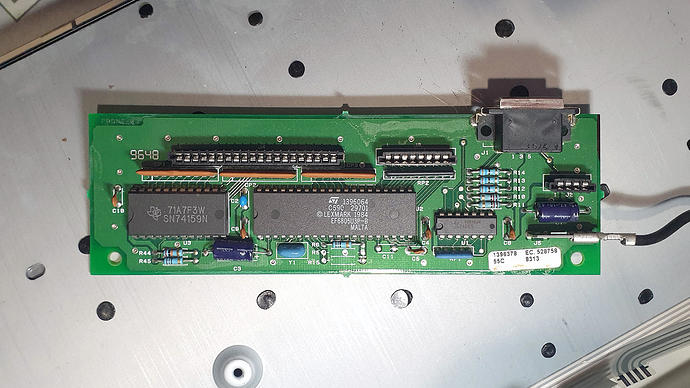 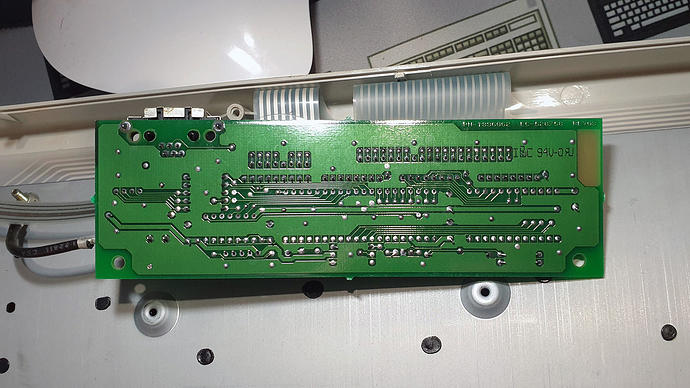 Anyway, that’s it for now! Hope you enjoyed this mini tour!

Recently purchased a 122 and I didn’t know they made ones with lock lights! I would’ve kept my eye on one of those instead.

Great write up as always mate.