Is there a difference between Outemu Dustproof Blue and Outemu Box blue?

For context here’s the switches Shoobs made: 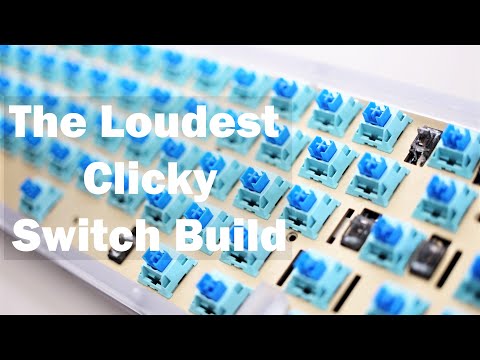 Is there a difference between Outemu Box Blue and Outemu Dustproof Blue?

Additionally did Shoobs used a box blue rather than a dustproof blue for his build?

From my perspective, the “Walls” on the dustproof blues seems a bit thicker on the KPRepublic version while the Outemu Box Blue and the Outemu Blue Shoobs used seems to be a bit thinner.

Dustproof switches are often mistakenly (or misleadingly) called BOX switches, because of the keycap shaft shape, but BOX refers to a boxed contact assembly not the keycap shaft shape. These Outemu switches use plain old MX-style contacts and there shouldn’t be any significant difference between the erroneously-called “Box Blue” and dustproof blue.

These Outemu switches use plain old MX-style contacts and there shouldn’t be any significant difference between the erroneously-called “Box Blue” and dustproof blue.

This is accurate - though I’ll note that Gateron has recently complicated this by calling their latest round of Ink switches “Box Inks” because they have the dust-shielded stems. Aside from those, though, any official “box” switch is going to be a Kailh with semi-sealed contacts.

As for the different wall thicknesses - I believe those are different iterations of the same switch. Over time manufacturers make changes either for performance reasons or efficiency on their end, among other things. I know Outemu has iterated on their basic blue at least a few times over the years.