I feel you. Waiting too, checked keygem today to see when estimated shipping was. May to june.

It was only a smidge late. Initial impressions of the R2 (which I’m typing on now) are very positive.

The new plate seems good; on one hand I’m not the biggest fan of embedded standoffs, but on the other, it’s that many screws I never have to fumble with - and they are nice brass standoffs in there.

The new stabs are pretty good, too! I decided to try them out lubed with just 205g0 to see how they perform. They don’t work any miracles, but they’re way above average - the quality is good, and more importantly, the design is good.

They don’t have the “Zeal seal”, but the tolerances for the wires are tighter than average - and while they do have a little ticking with the way I lubed them, I’m very impressed with how little there is. If I lubed good ol’ Cherry screw-ins this way, they’d rattle like Methuselah’s bones.

I went for the bluetooth version this time, which I haven’t flashed yet. It has basic functionality, but no layers and I’m not sure if the rightmost column does anything out of the box. I appreciate being able to use it before I learn how to work with TMK, though. slogan. They should write you a check for that one.

Just a quick update after a few days with the R2.

For the most part, it’s just like the R1, which is a good thing. I think the most meaningful difference is the plate, and it might need just a little revision:

Once I put all the switches in, the “sandwich” of plate, silicone, and PCB was bowing noticeably. I’d seen a bit of that with other boards including my R1, but this was a little more.

Inside the plastic case, some amount of the bowing persists. I don’t believe this is the case with the R1, but I’ll be looking into this more for my write-up comparing the two versions with a couple other keebs.

Functionally, it doesn’t seem to make any difference and everything appears to work fine, but it is slightly weird.

If possible, I might switch-around the PCBs so that I have the injection-molded R2 plate in the metal case; I think that one is sturdy enough to flatten-out the bowing.

One more note about the bluetooth PCB specifically: I was pleasantly surprised to find that not only is the whole main layer already programmed-in, so are the basic function layer commands I tend to use, as well as the right nav column. (I thought it wasn’t before, but it turns out that was a bent pin. :x Oops.)

So, I still haven’t even looked at TMK, but this keeb is essentially fully-functional for me right out of the box. I dig that.

I haven’t actually tried the bluetooth itself yet…

Edit: tried the bluetooth with my phone. Works flawlessly. The keeb appears to automatically enter paring mode when unplugged from USB, or when a key is pressed after a while of being unconnected - an orange light flashes to indicate. Once paired with something, you can plug it back into USB and swap back-and-forth with LShift+RShift+U. It’s great!

One more edit; if you’re curious, here’s a readme page that covers the YD67BLE pcb, among others.

Alright; one more little bump to this thread - KBDFans is having an “excess stock sale” of these on July 27th - so if you’ve been waiting for a chance to snag one, here’s an opportunity.

I didnt have the bowing with the pc.

It’s possible the bowing is a fluke, or more from the switches than the plate - Water Kings are known for inconsistency.

Same. I think the KBD67L is probably the best bang-for-buck in the hobby right now.

I went to Divinikey because they had ePBT Miami Nights back in stock and may have also picked up one in Transparent Tiffany because I’m a sucker for things that are mint colored (or mint-adjacent). I’m excited to give this thing a go!

Yes, this is a common opinion and exactly what I would say after using one.

It’s honestly shameful how much it outclasses the ‘premium’ prebuilts in its price-range.

[TBF, the KBD Lite ships without switches or keycaps in its default configuration, but it still blows away empty hotswap keyboards in its price-range as well.]

As if I need another reason to dig this board. It’s so purdy.

Oh goodness… I didn’t need to see that.

I built my wife’s board using the injection molded version of the case and it is a really nice board.

I know! I had to resist that one.

One criticism of the metal cases that made it easier not to sell a toe for the polished one; I really think they should put a chamfer / bevel on the seams.

Most materials including aluminum will warp very slightly from being worked, so even if their CAD files are perfect, the seams might not match all the way around. The difference might be thinner than a hair, but on shiny materials that stands out as plain as anything. A mild bevel would pretty much eliminate that and the “unresolved” feeling the current seams give me.

Looks like the sales page for the upcoming R3 was updated recently.

I see a new color or two vs the last time I looked, including a very bright orange that would pair great with something like Tangerines. I wasn’t too excited about the new colors that came up for pre-order, but I do think that orange looks pretty rad, and the green one kind of makes me want to contrive a Dr. Enuf themed build…

Looks like the pre-order period is over, as the price has gone from $109 for the preorder to $119 for when they will be in stock later this month. Either way I think the kit is priced fairly.

Aside from the new color case options, it looks like there will also be colored polycarb plates, and the silicone dampener / weight is available as an option with the kit now.

I’m quite a fan of the Ikki68 Aurora after getting my hands on one not long ago, but the KBD67L remains my favorite overall in the segment, and I still think it represents the most bang-for-buck when it comes to the potential quality of experience.

If you’re looking for a middle-market board, this is definitely one to consider, and it will be in stock pretty soon.

Quick update; looks like they’ll be having a sale the day after tomorrow, with the R3 kit going for $99.

Not bad! That’s twenty bucks off the already agreeable MSRP. At very least I’m grabbing one of those nuclear orange cases…

[ insert Shia Lebeouf DO IT meme ] 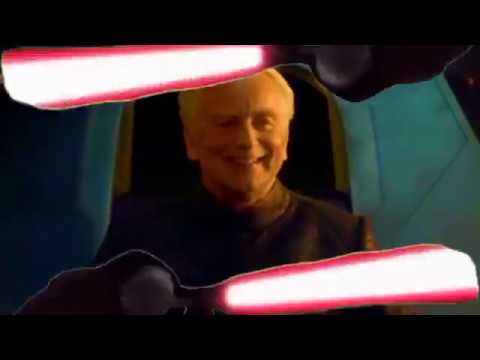 Ha, and they still have that all-critical data point:

Are there any non renders of the orange case? Only one I found is the one pic with all the colors with the black filter thing but want to get a better look at the orange

I believe this one is a photograph, probably taken under fluorescent light: