So this happened to two of my MD HPs in my E6.5 when removing the caps today… 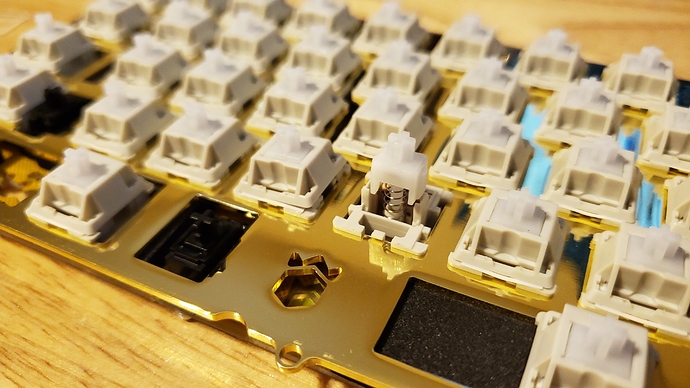 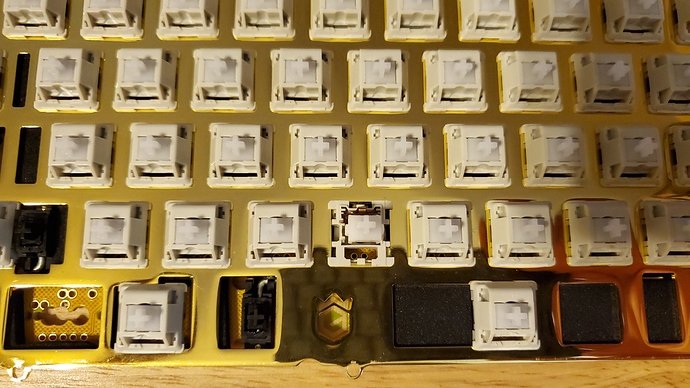 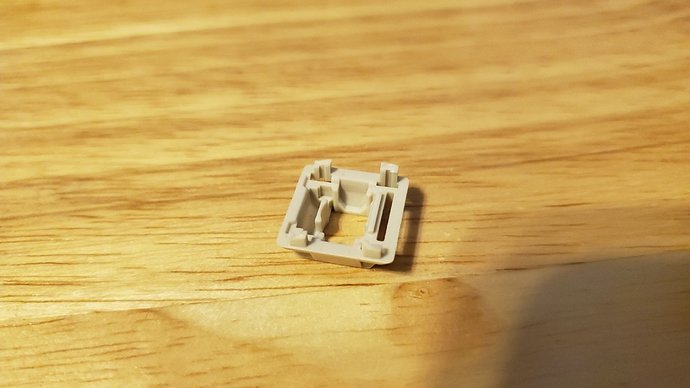 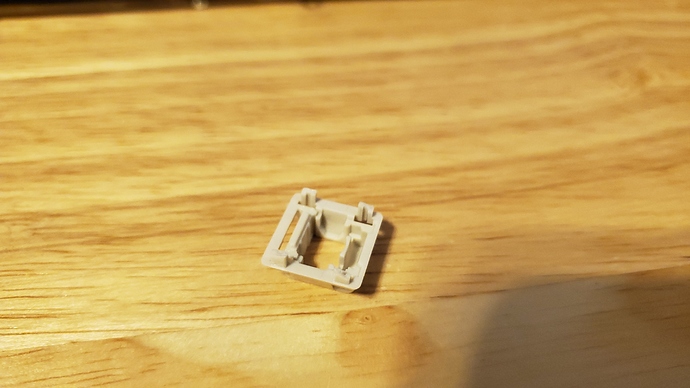 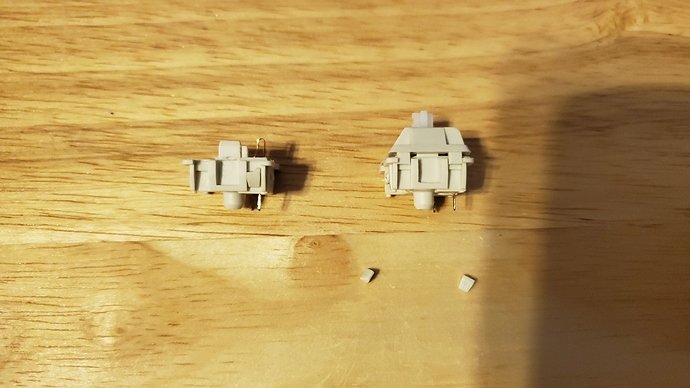 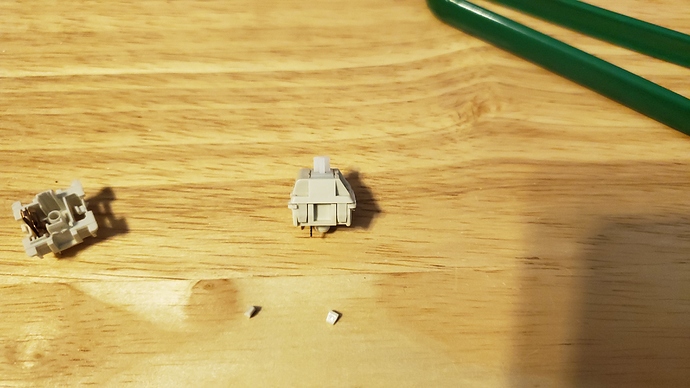 20191101_115826.jpg4032×2268 1.74 MB
All four tabs broke of the top housing of one switch ( V ) & two tabs broke off the other ( C )! I’m always pretty careful when removing caps & while these switches were a pretty tight fit in the plate this should not be happening. I also found a switch that had two malformed tabs on the top housing in my batch of 110, but didn’t think much of it at the time. Now between that & some rumblings I’ve heard of other people having issues with their MD HPs I’m wondering how well these switches are holding up for everyone?

Thankfully it was just those two one my E6.5 & it was a very easy fix since I had a few extra switches from the batch I made for this board. Anyways anyone who has had issues with MD’s HPs please chime in, trying to see if this is widespread or just some bad switches that got past QC here & there.

This happened to me just 2 weeks ago. Thankfully I had an extra top to replace it but I was also surprised. It happened on the tab key which I use often.

That’s not good. This is the kind of thing I haven’t heard of since many times ago, when people were warning about the MX clears ripping apart due to their cap grippiness

This happened to me on a switch or two as well on my e6.5.
The worse thing is that most of the switches aren’t even working properly, meaning that they work when pressed multiple times quickly. I tried doing everything I can whether it be re-cleaning, building, and lubing or testing diodes/resistors on the pcb. Still not working. It happens on random switches too, stock or lubed and not in any precise key. My conclusion is that the switches are faulty. I don’t know if anyone else has had a similar problem with the HPs MD.

Mine haven’t broken in pieces (yet), but I was having random switch failures so I pulled them out of use as it was just getting too frustrating to have so many missed keystrokes while working. Hell, the best thing about these switches was the cool storage box they were shipped in.

I haven’t had any issues with switches not working properly with these yet & I got them I two boards so I got that going for me. Although the more I hear the more I am worried about them. I’ll keep a close eye on my E6.5 & ACR60 then report back if I come up with anymore issues with these switches.

I just had my second failure right now on my d key. This is not looking good. I’ve been using mine for maybe 2-3 months now of daily use.

It failed the same way as before. The legs of the top switch housing break off.

Edit: Note that this is on a 5mm brass plate and my HPs are switch filmed.

I used only gsus to make holy gsus and built 6 boards(more than 60 * 6 switches in total) before. I switched keycaps on these boards like at least once or twice for each board. Haven’t notice any similar issue yet.

It doesn’t take a lot of force to pull the keycap after assembly. So I doubt that you would simply break it when pulling the keycap. As we know that the housings of panda/gsus/md holy panda are slightly bigger than most switches. They fit very tight on many plates - people reported from time to time that they failed to install the switches into the plate. Sometimes you have to push the switch real hard to make it sit into the plate. I suspect that’s the time you damage the legs already, but these damaged legs haven’t break into piece because the tight plate hole still clamp the legs until you pull the keycap and then the stem pushes the top case straight up much harder than the inside spring - only then the legs break into piece totally and the top case flies away.

FYI, I have not seen any of my ~300 Panda housings failing to activate except for a few with leaves damaged while reassembling. When a key fails, it’s usually bad soldering or broken PCB parts.

I’m thinking that this is the culprit as well, as I’ve had no other issues across two boards with MD’s HPs & haven’t had any top housings break on my ACR60 who’s plate they fit much better in.