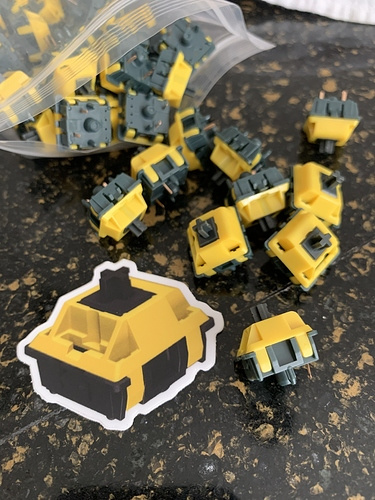 Got my Seriko switches in the mail today. I should note that I own several different JWK produced switches, but this is my first time to try a silent linear. These could be similar to silent alpacas, but I’ve only every tried the standard version. Tacit switches were my first silent yet tactile JWK switch. Everything else I own is linear. These are my observations from a few hours with the switches:

So, do they unseat my beloved MX Zilents for best silent linear? There are trade offs. I love the fact that the wobble is minimal. Wobble is a pretty substatial issue on MX Zilents. However, I still prefer the overall feel of the press on the MX stems to Serikos. The Serkio key press feels somewhat shortened to me. It’s not as satisying. I’ll have to keep at them for a while before I can make a firm decision.

TLDR:
Overall good silent switch that benefits from a lighter spring swap. Still not an out of the ballpark hit for slient linears.

Thanks for the write up! Do you happen to have any thoughts on using grease or oil for lubing the sides where the silencing rubber is?

I used a very light coating of 205g0. It seems to stay in place best for me.

BE VERY CAREFUL in lubing the side rails. You can easily screw up the rubber dampeners! Even a light brushing can cause it to turn incorrectly.

I might even suggest that you lube the top housing instead of chancing messing up the dampeners on the side rails.

Yeah, it sounds strange, but the rubber parts are just like a rectangle that slips over the side rails. If you brush up against it, it will spin out of place! 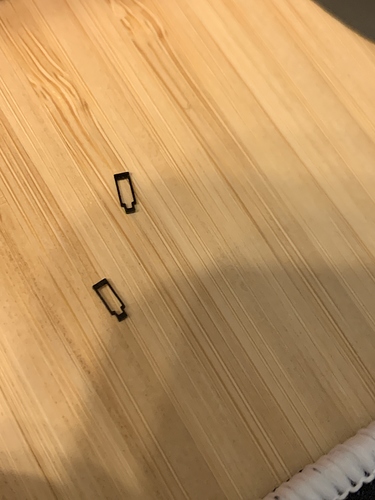 Hmm, guess Helios are made in a different way then.
It’s molded in those.

Good info on the housing! I hear similar from other customers.
We asked them to change the terrible wobbly housing, I think Dailyclack told them it is unacceptable wobbly (samples), and I pushed back a bit more later on. From what I can tell they’re way tighter than any JWK/Durock/Everflow/etc. brand I own. They also sound thocky out of the box which is great!

The crazy long delay aside, I’m pretty happy with the switches we got.