So, the stabilizers on my novatouch were still bothering me, still a little rattly, even after applying the following:

For the non-spacebar stabs, I had previously tried standard o-rings (red, black, blue, clear) on the external (far left and right) keycap stems (not the center stem), but they reduced the throw far too much, and were way too mushy.

I finally started hunting down thinner o-rings, and have been using these two now for the last week - so far, I’m liking them. I’m using a mix of them depending on the mod key (alas, I don’t remember which now, I’ll have to pull them off at some point and note which goes with which).

While they are both technically 1mm in thickness, one of them has a smaller diameter (which is a little harder to get on the stem) - however (i believe) by stretching it, it’s makes it a bit thinner than the 1mm. The difference between the 4mm & 5mm is definitely noticeable.

Anyway, I thought I’d share. If anyone else tries it, I’d love to hear your opinions.

An HHKB Type-S BT is arriving on my doorstep today - and I was wondering if you had any advice on how to dampen that thing’s rather infamously loud spacebar. Google hasn’t brought me much help, but I figured I’d ask around here and maybe Reddit before i go and do anything to it.

I don’t have a HHKB, so not sure what style stabilizers it has, but on my Novatouch, I opened it up, added a liberal amount of Permatex 22058 Dielectric Grease to where the metal bar winds through the plastic stabilizer, and then my “secret sauce” is putting tiny bits of low density (hence very springy) latex foam underneath the long part of the bar connecting the two stabilizers. I promise to take photos next time I open her up. This worked so well that I don’t find need to fiddle with it further. (i.e. I’ve not tried the tiny o-rings on the spacebar).

The HHKB spacebar issomewhat of a Topre-adapted Cherry stabilizer, and they’re different from other Topre boards. I’m wondering if a lot of dielectric grease on the moving bits of the spacebar would help, and I’ve even wondered about the RAMA method for Cherry stabs (using heatshrink on the wire to dampen the impacts) would have any major effect. Granted, I can only test that when I have heatshrink and a spare stab wire or two.

hey, thanks for that, I’m currently working on my novatouch and I would be very interested in some more info to replicate that, can you help?

Welp, I haven’t had a need to open up m Novatouch since then, so no photos - however it’s a really easy mod. The trick will be getting some latex foam - I got mine from an pillow (they’re $50 - eek) – but here’s a cheaper option:

I cut a really small strips - about 1cm long by 3mm – right off the edge, so it’s in an extruded triangular shape - I then put them under the stab wires on either ends - totally dampen out all sound.

Here my barrage or new questions, really interested in the mod and didn’t completely understand yet:

I’m using GMK and I have noise bottoming up as well but I think solving that might require other measures?

I used “make up sponges” as foam. works nice. And is much cheaper.

@txeni - sorry that I missed your post 2 weeks back:

Did you put that between the wire and the upper part of the case?

between the wire and upper plate it attaches to: 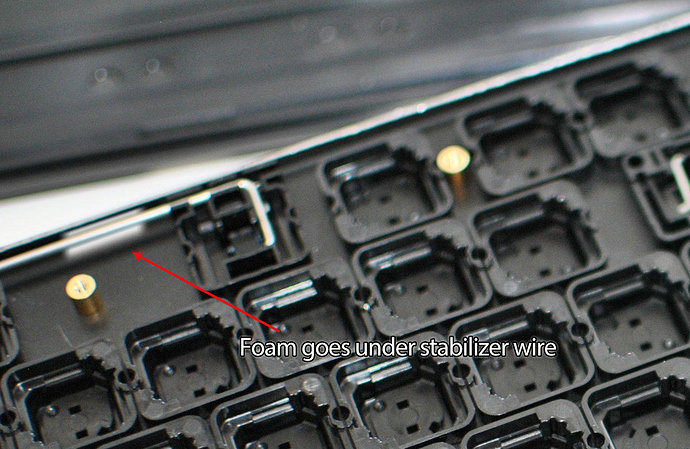 Did you glue it or just leave it there?

Do you put it perpendicular to the wire?

parallel to the wire.

Is this silencing the upstroke or the bottoming up?

both are pretty quiet - it also increases the pressure required to press down, but just a smidge. You can control how much by using more or less foam

Can I ask what keycaps are you using?

Apologies for the not-so-great photo - I need to take some better ones: 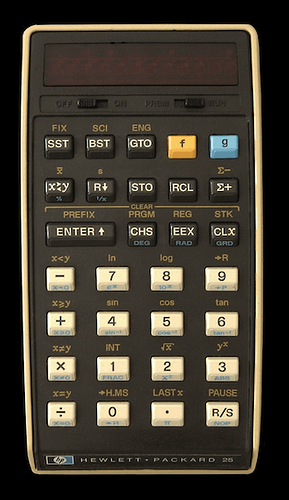 One more thought: play around with the amount of foam you use: start with just a sliver. A little tiny bit is plenty to completely dampen the sound.

Thanks a lot for the detailed explanation!

Thanks for sharing that photo and explaining your process. I quite like the stock Novatouch, but it might be fun to mess around with modding it for an even better experience. You’ve got my gears turning.