My Glorious Panda Review - Should you be Glorious or Holy? 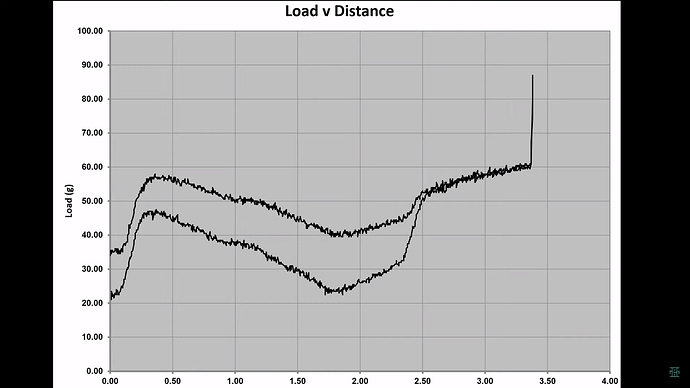 Great review! Gonna have to try these for myself.

I really enjoyed this review! You covered everything, kept it light, and focused on the important (and interesting) stuff. I especially appreciate the super-imposed force curve graphs with the comparison analysis.

Yeah, I might have to cop some of these.

Huey you dang did it you convinced me I need to get some of these at the very least for my tactile collection. *sigh*

How do these compare in feel vs. JWK tactiles like T1s, Koalas, and Lilacs? Anyone have the glorious switches and one of these variants who can offer an opinion, even if anecdotal?

I like the T1s and Lilacs b/c of their fairly low-key bump, especially Lilacs.

LOL so true, although that phrase reminds me more of my young & stupid illicit behavior more than the hypebeast culture TBH.

are these highly sought after items being arrested or…?

Love the review. You’ve convinced me I need to at least give these a try. I’ve heard some people say that the spring on these are a bit pingy but it seemed from your sound test that it can be fixed with some good lubing.

As can many issues with most switches it seems ahahaaaha

Glorious intends these to be available most if not all of the time; I don’t think they’ll be difficult to obtain.

In the future I might seize some of these switches to put into evidence.

In the future I might seize some of these switches to put into evidence.

I just received these (second batch) and I don’t think they’re “Holy Panda” at all. There’s no raindrop and that’s the whole point of getting HPs. It’s a no go for me.

Edit: they’re still good switches. I want to make that clear. It’s just not HP in my book.

Yeah I would tend to agree with you, but honestly this is probably a good thing as it further separates it from real HPs. Also I’d imagine from a design & production point of view, having the stem slamming off the bottom housing is not a desirable thing.

Just put these in my new Space65 Cybervoyager and have to agree that they don’t sound like traditional holy pandas — but they do sound really good imo. I lubed them but didn’t film them (didn’t try, but haven’t had any success with other hp variants). I’m certain that the keyboard and caps play a big role in the sound, but my spacebar is almost as thocky as my hhkb (the other keys not so much). They have a nice round tactile bump and aren’t overly tactile imo (which is how I like it). I’m quite pleased with them, but may have to pull a few that still have some spring crunch (even after lubing). I had been planning to put some drop pandas in until this video. I’m saving my “real” HPs (yok based) for some future builds I have coming.

All the HP variants I have messed with could be filmed with thinner films (like kebo’s films), but really did not need filming. I’d say you’re just fine without them. In fact probably better off without them in the case of Dorp’s official HPs.

I got a bunch from the first run of them & the top housings are much more brittle than any other switch top I’ve messed with. Had them breaking legs off on me left & right. Admittedly that was from putting them in a tight brass plate, but still no other switches did it with the same plate.