I recently built this Mysterium with the laser cut case, metal plate, and all via a group buy done by someone who wasn’t CFTKB. My switches are Bobas via Gazzew It’s a wild board, and not one I appreciated very much immediately after building it. Building it was the best part, except that by following the included instructions, and by a lack of sense on my part, some of the diodes ended up sticking out a bit. I still might try and go back to fix them later on if I ever get better at desoldering.

Here’s what the Mysterium looked like immediately when it was done being built: 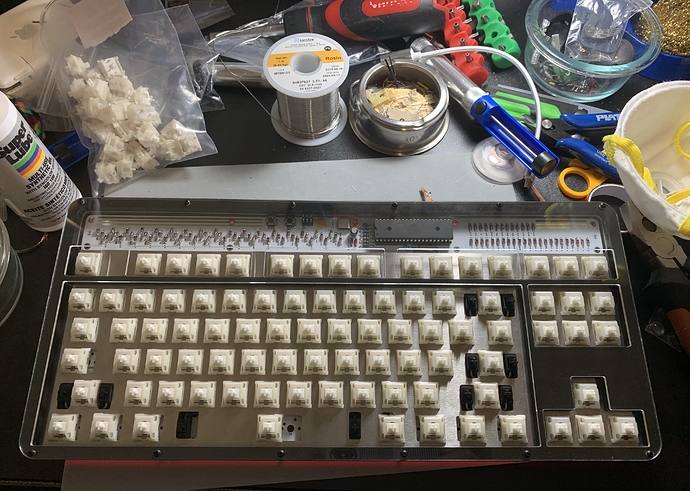 The only major frustration with it is that I am personally kind of tired of stacked acrylic. It’s a good value, but I think the layers look mediocre and more importantly they’re a limiting factor in what cables will fit and lead to other issues with stabilizers. At first I couldn’t find a single USB-C cable in my collection that would physically clear the port. Finally, a day or two later, I remembered I had a USB-C cable from Apple to try. That one fit, but was too short to reach the one C port on my computer.

Two or three days later I came across C-A adapter that finally made it possible to use the Mysterium. Here’s what it looks like now, with GMK Metropolis: 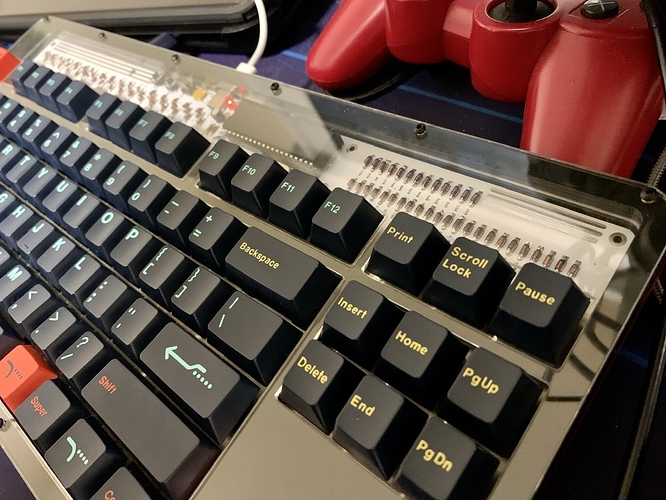 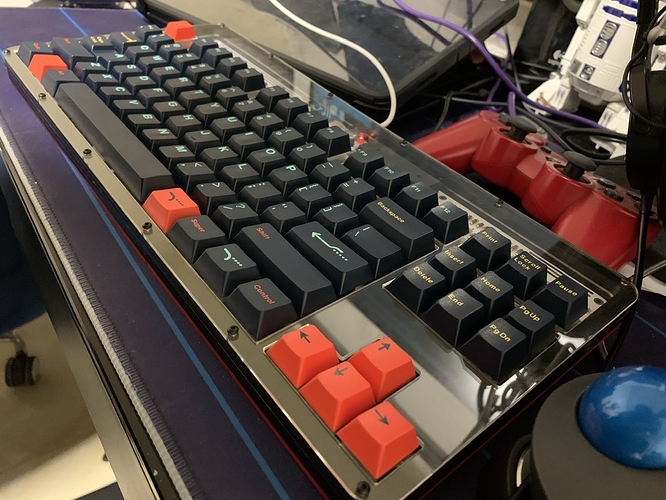 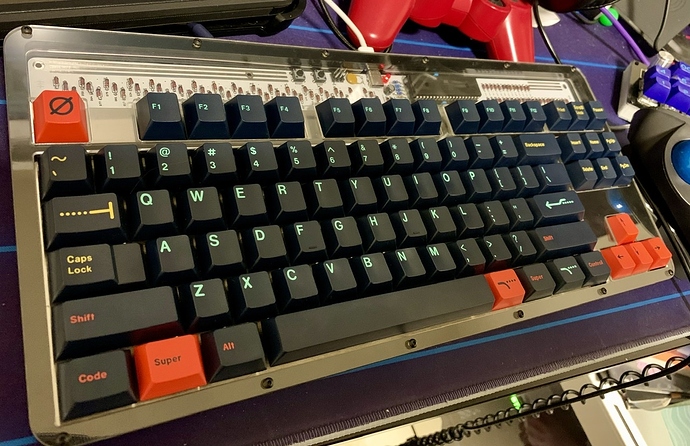 The only thing left to do is to find a white LED strip for lighting the top area like this person did.

I really appreciate the metal plate, it was a solid choice to replace the previous plate layer, and the Boba U4’s are an unexpected surprise. They are stock from mk ultra and feel incredible. Don’t know if I’ll keep it, but there is a lot of good work into this Mysterium and I recommend building one for the experience.

Dammit. GMK Metropolis too? You set the bar mighty high my friend. Gorgeous.

How have you liked typing on it?

I think I’m a bad judge of sound and feel. My first custom was a clueboard LP 66% and I have mainly used various Alice layouts with the majority of those being layered acrylic, so I don’t have a lot of experience with other types of mounts. With this Mysterium I find that I miss the more ergonomic angle of the Alice and Arisu boards, I switched back to one in the middle of a Rainbow 6: Siege match even though something else is wrong with that arisu-layout board where I’ve never been able to get the stabilizers to operate correctly. The Mysterium just hurts to use sometimes.

The other stacked Alice’s all sound good to me, but they all have silent switches and I wear headphones when I’m at the computer, so I’m not really listening to them while I work or game and as others have noted, the Bobas are actually quiet unlike the Zilents which still make some noise.