One of my favorite 65% Prebuilts, what is yours?

It´s the Acr Pro 68 by Akko, Acrylic Case, PC Plate, Crystal Switches and PBT Keycaps, such a great Board for only 130$. 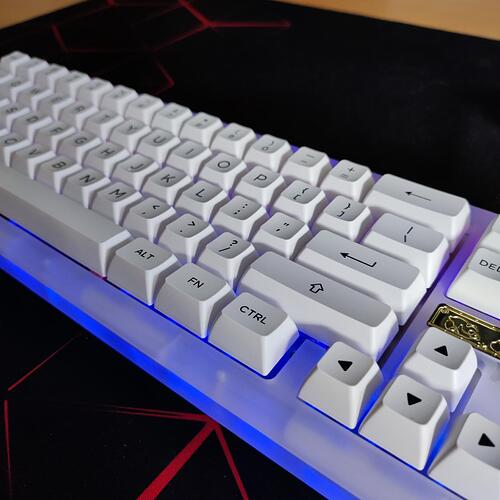 Hey, welcome to site! Good topic to bring up too with all the great budget options out there now. I haven’t been in the pre built market for quite awhile now so my fav 65% pre built would be a tie between the Leopold FC660C & 660M. Although with some prebuilts coming with gasket mount, hotswap, PCB mount stabs, etc. nowadays I’d imagine there are much better alternatives to the 660M. Honestly the line between prebuilt & entry level custom is becoming blurred it seems. Curious to see what people come up with here!

I love how good reasonably-priced boards have been getting - and I’m also glad to be seeing more examples of that layout with the 2 x 2 nav cluster in the top-right. Having a 65% keyboard that doesn’t need any special keys is pretty neat.

I’ve been curious about that Akko - I think they’ve been making good stuff lately. That board in particular looks inspired by the Ikki68 Aurora kit, but knocks the price down significantly while retaining gasket mount and other modern goodies. Seems like a great option.

If we’re talking strictly pre-builts here, I think I’ll have to go with the MelGeek Mojo68: 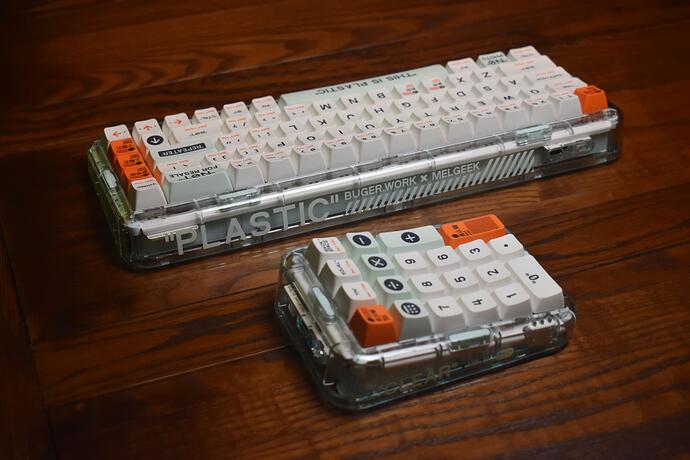 Pictured above is the “Plastic” version and its now famous, oft-copied companion keyset. Here’s what that one sounds like with Gateron G-Pro 1.0 Browns, right from the box:

More than any other prebuilt I’ve tried so far, this one does a good job of bridging the gap between other ready-to-go keyboards and middle-market kits like the Aurora. It’s got pretty much all the features one would expect - minus ease of dis-assembly - I wouldn’t even attempt that on this model.

It’s gasket mount, has a plastic plate (which I’m assuming is PC), is full of dampening material, comes with one of three keycap profiles designed by the same company, and it might be the most aesthetically-developed prebuilt I’ve ever seen. There’s plenty going on visually with this particular colorway, but I see the design in general as thoughtful and well-resolved from every angle. Even the tooling marks and support structure inside were considered from an aesthetic standpoint - aspects usually relegated to afterthought status.

There’s a thread about the board with lots more commentary and a few photos here.

This is a three-mode keyboard, meaning it can be used wired, with an included wireless receiver, or over bluetooth.

Depending on options, sales, etc. this keyboard tends to be somewhere around $250. That’s a lot of dosh for a prebuilt, but I really do think this is one of the best out there, nearly reaching the experience of using a custom keyboard. (Nearly - the stock stabs perform admirably, but will still need some love to satisfy any enthusiast.) 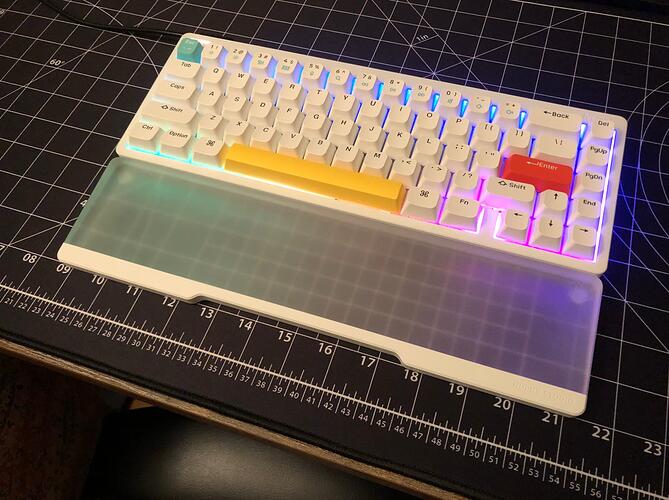 This is a little bit more familiar to traditional prebuilts at this point, but manages to set itself apart in a few small ways. It’s a composite of metal and plastic, with a plastic bottom tray and an aluminum top shell that surrounds a large plastic light diffuser that goes around the top of the keyboard - hence “halo”.

Here’s what mine sounded like out of the box, with the Gateron Baby Kangaroos (part of the G-Pro 2.0 series) it shipped with:

It’s tray-mount, so no fancy typing-quality stuff going on with the case - but there’s plenty of dampening inside and it comes with nice caps. (Much better than the optional shine-through ones; skip those if you go with this keeb. If you want shine-through, I’d grab a different set that’s doubleshot.)

Like the Mojo, this is a 3-mode keyboard - that means it can be used wired, with an included wireless receiver, or with bluetooth. Also like the Mojo, you can choose which connection method with a physical sliding switch on the back.

This one is closer to $130, putting it in more direct competition with other prebuilts like Duckys and Akkos.

One thing I think both of these have in common is that they both look like they could be alternate-universe retro Apple products - just from slightly different eras.