One possible source of the muted sound on GMMK Pro: The Glorious hotswap sockets

Hi guys, I’m Poligone. And I’m using a GMMK Pro as my daily driver and I love to mod the sh*t out of it.

As you already know (or not), Glorious has their own hotswap sockets that don’t look like Kailh or Gateron: 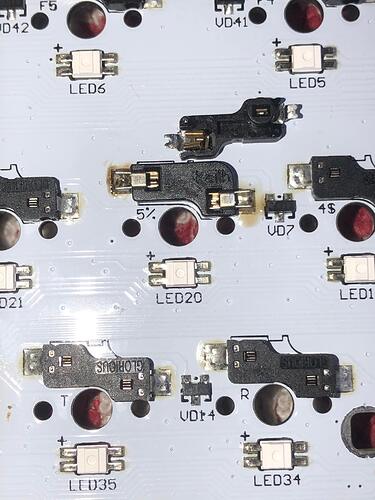 Socket Swaps (1)1536×2048 260 KB
Glorious vs Kailh sockets. Notice the left/right pins (solder joints), the leaf mechanics and the housing. I also noticed that Glorious use a sub-par plastic which is easier to break than Kailh sockets.

In the previous post: https://www.reddit.com/r/MechanicalKeyboards/comments/tthydn/fiy_the_hotswap_socket_does_change_the_sound_of/
I’ve tested some of the keys and recorded a video with sound difference of Kailh sockets and Glorious (Y key vs T and U), Link to 1st video: https://imgur.com/edkQSkp

But as far as I know, that’s not a good test because as some of you said, I should test it on the same key. So here is the second video, with the same Kailh socket on Y key, and new soldered Kailh sockets on T and U keys, with the same switches, same keycaps, same board. 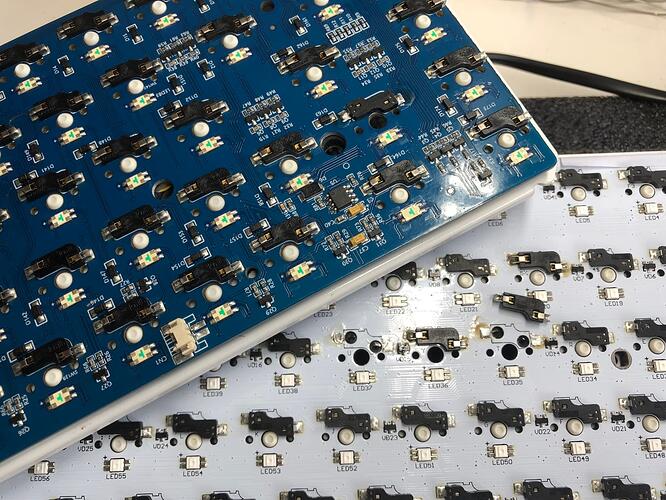 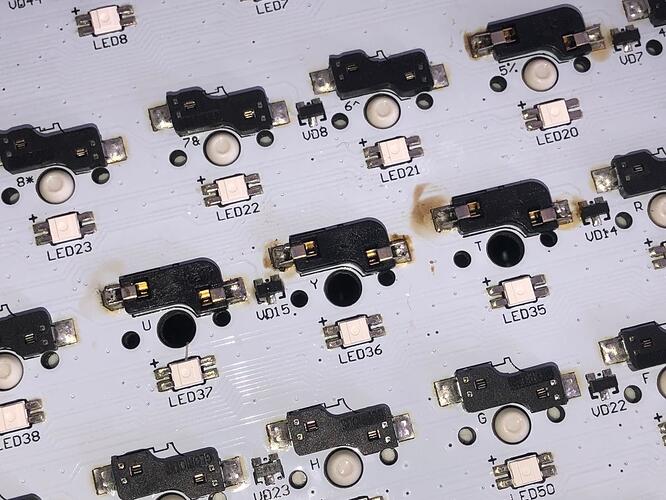 I had no more spare Kailh sockets, so I took them from my other cheap board and soldered them on my GMMK Pro, Link to 2nd video: https://imgur.com/p0TNbTa

All 3 keys are Kailh sockets. IMO the sound of these keys are now more consistent while the U is a little bit louder.

You can judge by yourself.

I don’t personally assume that every sockets will sound different, JUST Kailh and Glorious. And I think one of the aspect that contributes to the muted sound of the GMMK Pro is the Glorious sockets.

I’m still waiting for my Kailh sockets from Taobao to come, so I can replace all of these Glorious sockets for the better sounding Kailh sockets.