Has anyone tried these? These look to be the same as the Opblack (nixdorf inspired) switches but with a gray tactile stem… and in stock, not a group buy. I’d love to try some out, but DHL shipping is $32. Yikes. And standard shipping has been taking up to 2 months.

Wonder if any US retailers are planning to sell these at some point.

damn that looks like an endgame housing at the very least, with a polished tactile stem? almost worth the bonkers price tag, and still worlds cheaper than actual nixies

I think the selling point here, and justification for the pricing is the “secret material” top housing. But that could just be hype. Interested to say the least. Surely they can bring out other vairations if these are otherworldy good.

Secret material is just hype and marketing. They play on the fact that nixies exact material is unknown.
So it must be as good as nixies

In a reddit discussion, people presume it’s a T1 clone.

I have opgreys and they are a Rara variant, not a T1 variant (hope that helps)

Is the difference between Raras and their ilk and T1 variants specific to the stem only or are the housings typically different too?

The stem is different and the leaf is much less strong (this is where the actual tactility reduction comes from, not the stem). The housing molds seem pretty similar.

RARA is now considered a “Durock Medium Tactile,” which means it should be using a less tactile leaf than T1.

RARA is also supposed to use a stem that’s distinct from T1. The RARA stem is ‘Clear-like.’ It’s possibly derived from T1, but more ‘rounded’ and toned-down.

The “Durock Medium Tactiles” basically are supposed to be using a RARA-style stem inside a normal Durock housing that has a weaker leaf.

You see these in RARA V2, Penguin, Dragonfruit, and Taro Ball. These should all fit the bill.

T1 leaf is distinct enough that putting a RARA stem into a T1 housing is considered a new category of switch, hence the Group Buy for “Twilight,” which apparently hasn’t been done before.

Thank much for the breakdown.

The board I’ve been typing most on recently has Moyu stems (I think a standard T1 with a long stem, don’t take my word for it though) in a RARA V1 housing and the feeling is perfect for me. A round bump with a short travel and a muted thock.

A while back @iaman mentioned that FFFF Tactiles are in the RARA family so I got some because I can’t seem to get my hands on any more V1 RARA, I haven’t had the chance to try frankenswitching the FFFFs with Moyu though. At first glance the FFFFs do seem to be made from a different material as the RARAs but I don’t know that for sure.

I have the V1 RARA stems hanging about so I’ll have to try some of the Twilight switches that you mentioned. I have hundreds of Koala housings left over from when I used to make Holy Koalas.

The RARA stem is ‘Clear-like.’ It’s possibly derived from T1, but more ‘rounded’ and toned-down.

The interesting thing about the various Rara variants is that if you take them apart and compare their stems to T1 stems, you’ll find the bump on the stem to be roughly the same size (in this case I mean “deviation from a linear stem”) and sharper than the T1’s bump, with slightly more pretravel before the bump starts.

The more mellow tactility is purely from the difference in leaf strength; transplanting a Rara stem in a T1 housing produces a tactile every bit as strong as a stock T1, but sharper than a T1 (and with some pretravel). This frankenswitch result is why the Twilight switch IC was opened; to expand JWK’s offerings to include a sharp tactile.

EDIT: There has always been a lack of clear communication about and standardized photos of switch components, especially for tactiles and their stems, which leads to a lot of confusion about how different types of tactility are produced. I’m excited to be working with another switch collector on a tool purpose-designed for taking useful, standardized photos of switch stems that can be used to compare these components more easily, so hopefully I’ll be able to talk more about that soon(ish).

look forward to seeing the results.

As for the other aspect of tactility you mentioned (leaf): are there any ways to visibly measure the type of tactility a leaf might give you? Do we know the aspects of a leaf that affect futility.

Well that’s really cool about the stem catalogue. Would be really curious what you find out about the Everglide Jade stem, how it relates to Zealio V1. And where the stems from the Stealios fiasco ended up.

If JWK is trying to mimic MX Clear, than a sharper bump makes more sense. I ended up with a sharper bump when putting Clear-like stems into the T1 housing. Sharper than T1, just as tactile, but not the big ‘lump’ that T1 is.

I hear conflicting things about the RARA stems. They should be sharper, given their design, but several people describe them as more ‘rounded’ than T1. It may be subjectivity, or a different relative meaning of rounded. I found them Penguin stem to feel pretty rounded in the Penguin housing, but maybe that was my lubing. Dragonfruit felt a little sharper and bouncier to me, and I’ll probably be trying RARA V2 and Taro Ball soon. I already kind of know what these stems feel like in the T1 housing, as well.

I hear conflicting things about the RARA stems. They should be sharper, given their design, but several people describe them as more ‘rounded’ than T1. It may be subjectivity, or a different relative meaning of rounded.

I think the difference here is in the overall pushfeel rather than the stem.

The stem itself is not rounded; it’s quite sharp compared to the T1 stem. But the switch itself, compiled together, has a rounder feeling than the T1.

As best I can tell, this is due to the strength of the leaf inside each housing; the T1 (and variants) has a very strong leaf, so when the bump of the stem is pushing against it more resistance is felt, but the Rara (and variants) has a fairly weak leaf, so less resistance is felt which makes the overall pushfeel of the switch seem more round (because the overall effect is less resistance when the stem is in contact with the leaf).

I whipped up a graphic really quick to try to explain this visually: 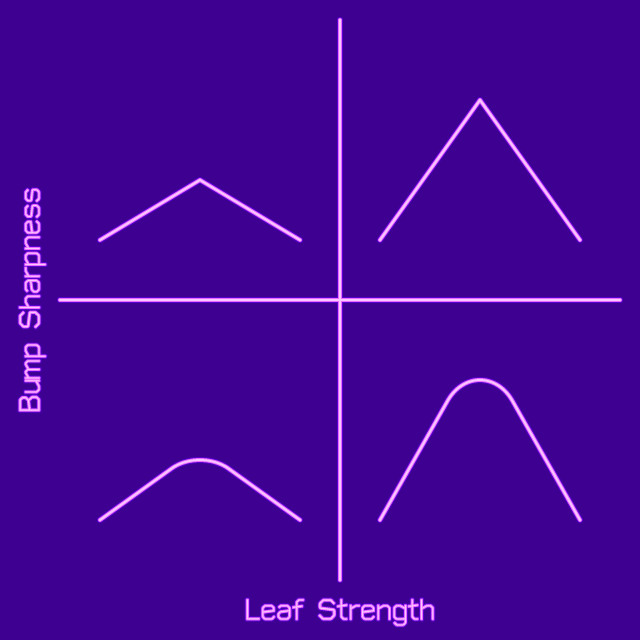 Unfortunately if you&#39;re reading this alt text you are going to have to trust my words640×640 9.71 KB
The sharpest curve is easily the one where the leaf strength is high and the bump is sharp, but perceptually the curve with high leaf strength and low sharpness is “sharper” than the curve with low leaf strength and high sharpness. I think you’d much rather drive over a speedbump (if you had to drive over one at all) shaped like the latter than the former, and would also probably say that the former is sharper than the latter even though the latter is objectively sharper at its peak.
4 Likes
HungerMechanic April 17, 2021, 8:04pm #16

Yes, that closely corresponds to my experience, and why I became interested in the RARA stems in T1 housing.

As an update: Taro Ball switches arrived last night and I had an opportunity to open them up today.

Can now confirm that these are another Rara/medium-tactile variant: sharper stem with slight pretravel, lighter leaf.

Ooo…I am thinking of getting the Taro ball switches…is the tactility in between Mx brown - T1?

I really love this visual!

Not sure if Pewters and light tactile fit in this for JWK, as their bumps are so much lower…