So, just added this little fella to my collection. An IBM Personal System/2 L40SX Numeric Keypad or Model M3, as IBM designates it. This thing is a buckling rubber sleeves keypad, giving it a special status somewhere in between rubber dome and buckling springs on what to expect. I think it’s quite underrated as a low-profile switch.

I’m currently in the final stages of developing and proofreading my biggest article to date - the Model M4/M4-1 family story. As such, I’ve been purchasing and compiling a lot of stuff regarding it, and this Model M3 is a sure part of the story. Please look out for the release of what should be the largest and definitive resource on the IBM and co buckling sleeves keyboard family, coming in a week or two, if you’re interested! 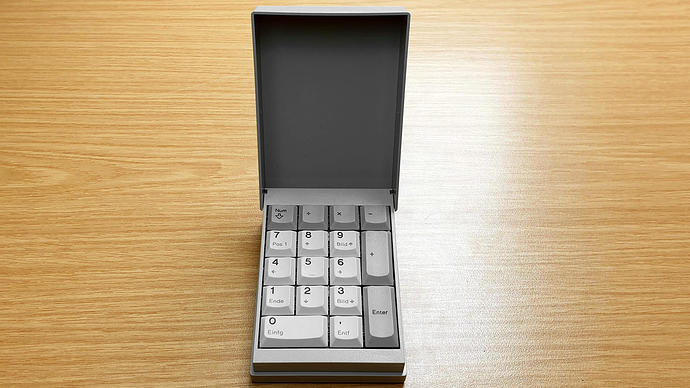 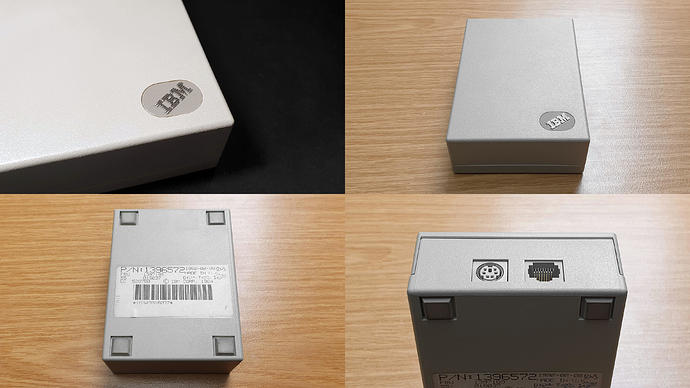 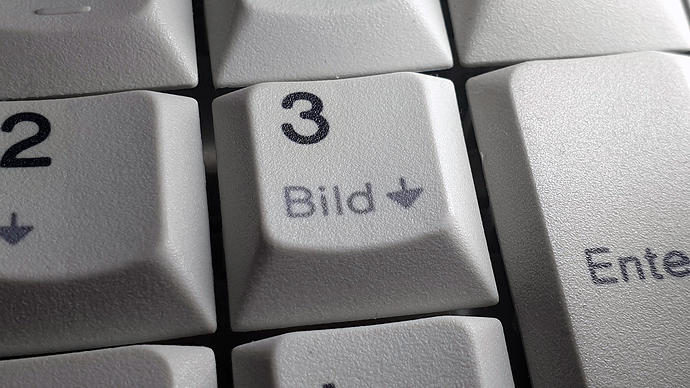 The keycaps are thin and low-profile of course, but they’re still PBT dye-sublimated judging by material feel and how similar to buckling springs the text looks. By today’s standard, they’d probably be excellent in a laptop context. 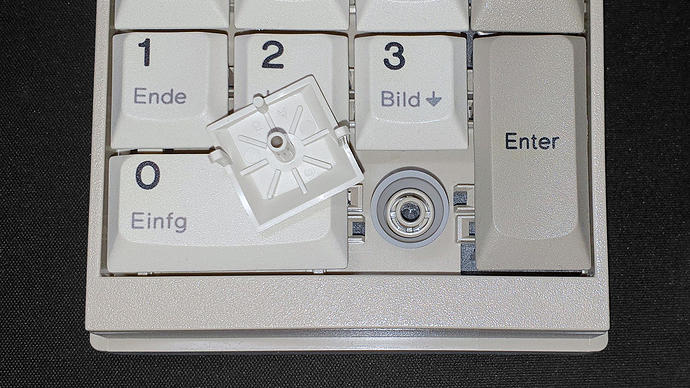 31920×1080 440 KB
The sleeves constitute a rubber sleeve placed on top of the barrel plate that provides tactility and return force but does not directly actuate the membrane. Thus, they give minimal to no mush. The rod on the keycap is what bridges contacts, giving it a solid bottoming-out feel. The two hooks on either side of the keycap help with stability and especially keeping the keycaps straight. 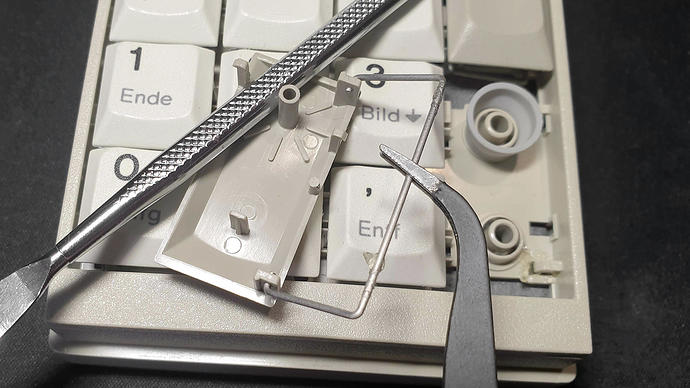 41920×1080 252 KB
The two-unit key stabilisers were pre-lubed from the factory! Speaking of factories, my one is an IBM UK-produced example; IBM UK never typically put “Model M” directly on the stickers of any of their keyboards, but you can see the “Model M3” designations on US-made examples. 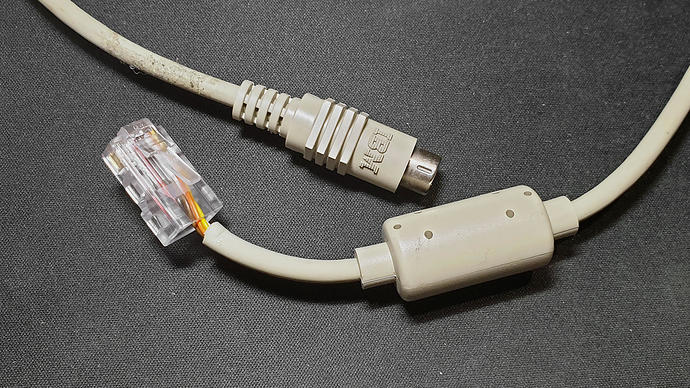 81920×1080 548 KB
It has a PS/2 mouse passthrough port and a modular 8P8C “ethernet-like” jack. The cable terminates in a PS/2 plug, but it won’t natively work with any PS/2 ports or adapters except for the mouse passthrough. Basically, the PS/2 plug is wired like a mouse PS/2 port but the two usually unused pins are repurposed for keyboard CLOCK and DATA connections. Thus, you’ll need to make your own converter to take this into account or make your own 8P8C to PS/2 cable that corrects the pin arrangement to make the cable keyboard-dominant. 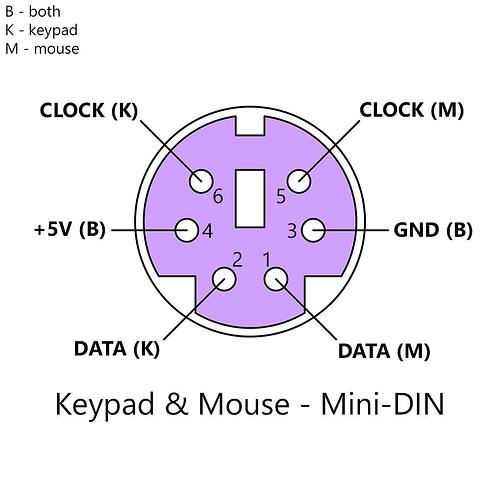 The pinout (socket-side on the host computer), which I originally worked out from a later IBM keypad - many ThinkPad and ThinkPad like laptops had keypad companions that were wired similarly. 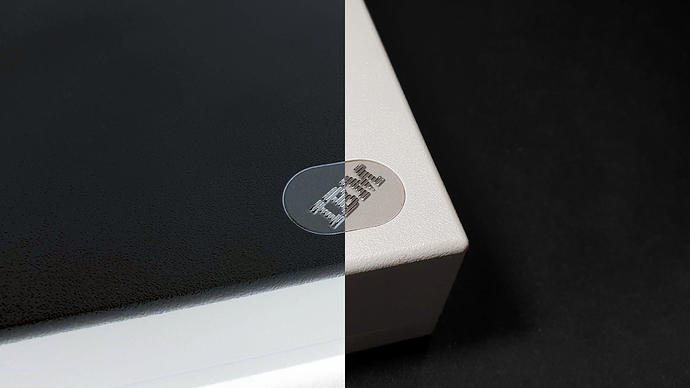 This is probably the wrong detail to focus on, but I totally love that it has a cover.

Not at all! It’s a very neat (and cigar box-esque) feature!

Look at those low profile keycaps! I don’t think I have seen ever those before. They look like an early predecessor to the chiclet keycaps you might find on an early laptop.

I love the subtleness of the box. Just a single corner logo on top. Nothing extra or fancy.