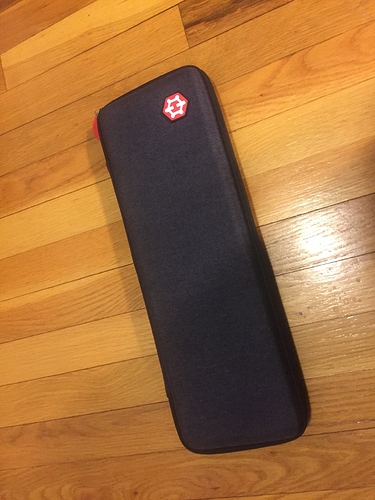 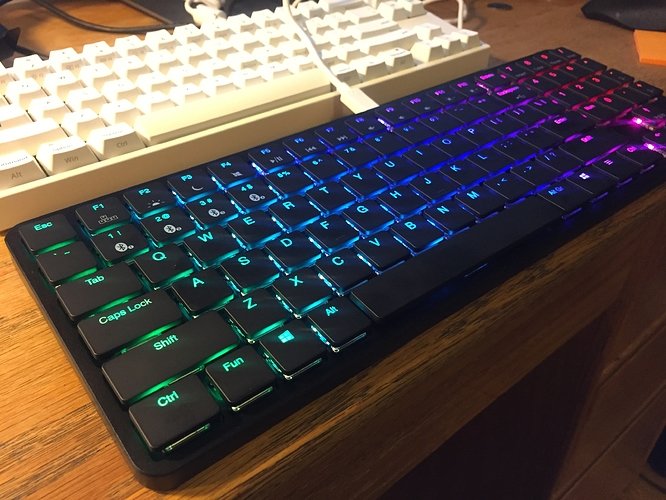 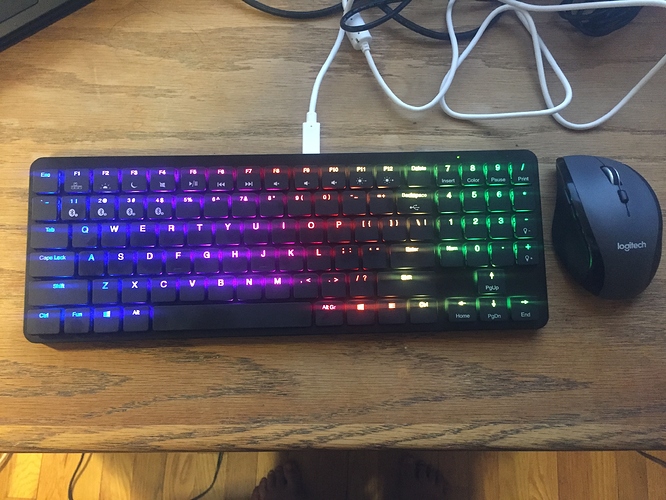 Forgive me, I’m a lousy photographer and I still have an Iphone 6. This is the review of the Hexgears X-1 I posted on reddit. I know that Keebtalk is mostly enthusiasts and customs builders, but I think this layout is nice and even if the first execution of this board wasn’t great, it bears some discussion. Anyway, my review:

After some deliberation (I passed up on the kickstarter), I ended up buying a Hexgears X-1 for work. I’m moving to a new office, and everyone is going to be “hot-desking”: meaning, I keep my stuff in a locker and choose a new seat every day. Kind of like a college library. Or writing a screenplay in a Starbucks. I needed a keyboard that fit the following criteria:

The bluetooth doesn’t even factor in because my work computer will not permit non-approved devices to connect via bluetooth.

It came down to 2 board for me:

I had read about some of the issues people were having with the Hexgears stabilizers and the space bar, but I decided to roll the dice. The board came in a couple of days ago. I haven’t used it extensively yet, but so far, here are my thoughts:

ETA - I don’t think the following are really cons, I just think these things could have been differently executed:

Look, if I’m being honest I probably jumped the gun buying this board, but I had typed on an early prototype at a keyboard meetup and I thought it was a great idea then. If I had to pick a couple of things to improve for the next round, it would be:

1) improved acoustics (seriously, it’s so fucking loud for a low-profile) and, along those lines, 2) stabilizers

However, I do want to emphasize that I really, really love the layout and overall design of this keyboard. This is the first keyboard I have encountered that feels like it is trying to make full-size functionality portable and that is a big deal to me. I think that I would prefer fewer bells and whistles (backlighting, for example), in favor of a more solid typing experience, better stabs, and less noise.

Please excuse any typos, and my shitty photos. Feel free to ask any questions.

Seems like a deal breaker for an office. Have you trialed it yet?

I havent taken it in to work yet. I’ll see if I get any complaints. Hopefully none. It’s louder than my home board, which has silent switches, and my laptop keyboard, but I dont know yet if its much louder than a standard rubber dome. The ringing is really what gets me.

How does it stack up against the wired apple keyboard, in terms of sound/noise level? I got one for a friend, but I don’t actually get it until end of January

It’s definitely louder (and if you got the clicky switch, it’s much louder). The keys have longer travel, and feel stiffer (I have the brown switches, which are heavier than the red switches). I think it’s a much nicer board to type on than any of the apple chiclet boards. And it works seamlessly with mac (except for the modifier keys), including even the function row, which shocked me–most mechanical keyboards do not play nice with apple. The only thing is my mac says it doesnt recognize the keyboard, but then it works fine.

The board rings slightly when you type on it, and the switches bottom out very noisily, which apple keyboards don’t.