Pretty cool all around if you’re into sculptured SA.

You can even have French layout

This is a very nice thing what SP just did !

Rip pricing for anyone running something the least bit non-standard. Pricing in cart for a 96key is $222. Sure it’d be cheaper if you dgaf about legends, but then what’s the point.

It hurts a bit indeed…
But still it is a good start, with the hope prices could lower a bit in the future.

With so much family and friends asking for good AZERTY keycaps, well at least there is a solution now…
I may take the bite for one set just to check.

True, I hadn’t priced anything out, but it looked the same to me as other SP sets? What’s the price range for kitting a 96-key usually?

They’ve had this offering since January, I believe. I asked them to consider a nice beige option or even the colors used in Granite. Also asked if they would think about offering the winter white from Un-Alice. They basically said no.

But maybe if more people ask!

So the big thing looks to be the $54 “Alt” kit that I really only need for the 1.5u bottom row and some R1 nav keys, both of which are normally at least in a 65% kit of some sort, but here they make stuff like the TKL/60%/65% kits super sparse.

I wish that doubleshot would be available.

I’m guessing they aren’t doubleshot since they are PBT. Apparently, getting doubleshot right in PBT is really difficult and much more expensive since twice the molds have to be created.

Yes. And they just made new molds for PBT last year, so it will probably be a while until they invest further.

You can buy blank 7u spacebar for 8$

But are those not abs? I guess you would have to do individual keys for the same colored pbt bars.

Oh! I didn’t know they are PBT. I thought they are ABS.

Yes I had to make a tsangan bottom row kit. I ordered it about a month ago and no one there has mentioned any issues with the tsangan kit I made. So I think they are capable of doing it for these standard sets. A few of the alpha kits have arrived. Looks pretty nice. Got a Cyrillic, and Chinese set in a color close to u9. 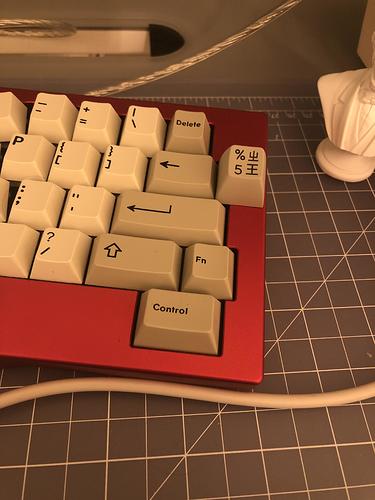 Can you tell how did you go about doing that @Dafraz117 ? Could you also post pictures of your set and the color codes perhaps

Just to let you know that I ordered 2 sets a few weeks ago.
And as said @donutcat, you’ll most of the time need the Alternate kit for your use case (in mine a 75% board); this one alone costs 60$ and makes your total purchase very pricy.

Now as I said earlier, if you are looking for some niche layouts like AZERTY you don’t have a lot of options available excluding KAM and KAT sets from Keyreative.
This is THE reason I took the plunge TBH.

Now I am curious to see the overall quality (rumors say they are pretty good), and I’m a sucker for SA anyway