I recently came across a post by Zambumon on IG about Staebies by Aeboards. And a video just recently got posted about them and from what I can discerned they sound really good for dry stabs.

Has anyone found any more information on them?

Image attached is from Zambumon’s IG 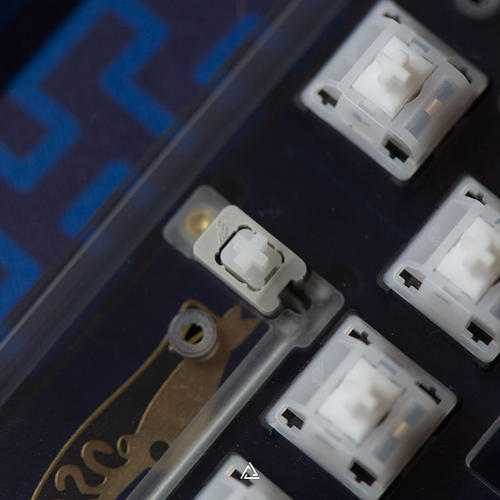 There is very little rattle, I’ll give them that, but it’s very scratchy sounding, probably due to the tight tolerances.

Would be great for my silent keyboard that I cannot seem to get the 6U off-center spacebar stab silenced for. Clicks like crazy, even after every mod imaginable

Considering the stab is unlubed in that video the sound is damn impressive. Barely any rattle! Although that points to very tight tolerances, which worries me how good or bad they’ll take to lube. IME switches & stabs with super tight tolerances tend to be a real pain to lube. You usually have to go with a thinner product & very light amounts to keep them from getting sluggish. For switches that’s not a big deal, for stabs though it is. The thinner product & smaller amount needed doesn’t help with sound much. So I’d expect a properly lubed AE Staebie to be just a tiny bit quieter than what it is in the linked video. Either way I’ll definitely have to grab a couple sets for testing when these go on sale. I’d be very happy to be wrong about my above assumptions. As a stab with super tight tolerances that can be made to sound like most other properly lubed stabs would be a game changer IMO!

I can’t wait to get my grubby hands on a set of these. Did anyone else notice the part that’s covering the stab wire? That looks pretty interesting indeed.

Although that points to very tight tolerances, which worries me how good or bad they’ll take to lube.

Amen brother. Plus I never assumed tightening the stem and housing tolerances would have much impact toward reducing rattle or ticking. Idk. I’m hoping what I’m hearing, but not shown, is that they tightened the tolerances between the stab wire and stem like Zeal does on theirs.

With Zeal’s, you’re almost “breaking the seal” when first inserting the stab wire into the stem since there’s a piece of extra materiel you need to push past that’s designed to cradle the wire against the inner stem walls preventing it from unintentional movement. With other brands, you’d just plug this gap with lube and hope for the best. 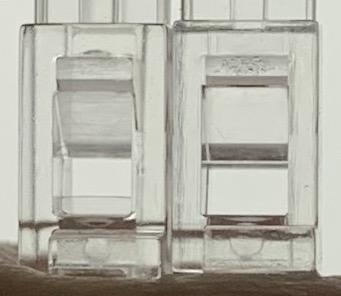 Did anyone else notice the part that’s covering the stab wire? That looks pretty interesting indeed.

I really like that feature too! Definitely will help protect the stabs from getting gunked up over time. I also agree with what you are saying about Zeal stabs vs other manu’s stabs like Durock, really would be nice to see on these Staebies. Cause I’m sure they’re gonna be pricey LOL!

The part covering the stab wire will be due to Zambumons plate being thick PC or Acrylic. These stabs have been pretty impressive but do need refinement which I believe is in the works now, just to do with stem tolerances being very tight . Once things are loosened up some, I believe they will be far better. I have never had a stabilizer with this little rattle, AE is definitely on the right track.

I keep reading this as scabies lol. Looks pretty interesting.

Available at CannonKeys
I didn’t need another set of stabs but that didn’t hold me back from ordering a set.

Designed by Zambumon in collaboration with AEBoards, these custom keyboard stabilizers were created to address common frustrations for a better building and typing experience. Staebies are optimized for GMK keycaps, and may not fit your keycaps,...

Oh snap. Gonna have to order some as well. For science!

Sure I’ll order some, why not. Zambumon hasn’t let me down yet

Same line of thinking here @Manofinterests, just ordered one set this time around though as these are the test run.

Well they’re sold out for now - looking forward to you you guys’ thoughts!

bleh I missed out, I’m at work and was planning on ordering at lunch -_-

I’m curious how many bulk ordered. I mention to the CK team to consider adding an order limit. But they’re didn’t think it’ll be gone so fast.

I walk away for a second and … dammit.

looking forward to you you guys’ thoughts!

I will give them a test tonight. Initial thoughts: 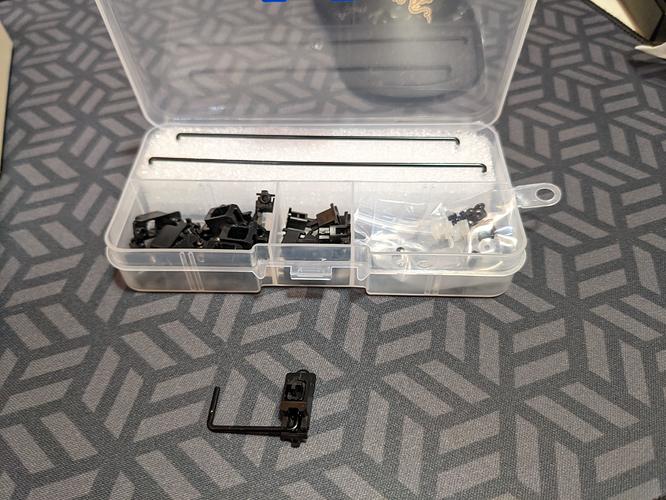 Edit: I tried a couple of them comparing to Durok v2s.

Basing my views compared to Durok v2s which I use by default and haven’t had any problems with. I didn’t check any other reviews other than to see that they were being made and they were good so to not be too bias. (Used Leopold keycaps instead of the recommended GMK, I had 2 sets of identical keycaps figured it was better to use the exact same key between the 2 different stabs for comparison)

Stuff I need to get used to:

Conclusion, I am not ready to bin all my existing stabs and replace them with these. But I would buy them again and look forward to using them in my next rebuild to give a full test (sometime over the next few weeks). I think they will only get better and it is very encouraging they are taking feedback.

Photos (photos are on Imgur to not take up too much Keebtalk resources):
https://imgur.com/a/Kx1TRMP

Edit: 2 fully installed
Finished building up my daily driver with Staebies. For lubing went a heavy on dielectric (extra were the wire clips in and and in the back of the insert along with a normal amount on the wire itself). On the insert a medium coat of 205g0. Then spamming the stabs removing the keycap and wiping any excess lube off. Only one stab needed to go in with a Q-tip to remove excess lube to get rid of a little sluggishness and bring back the switch characteristics. They are perfect no ticks extremely little wobble for a stab couldn’t be any happier with them. (I could have probably gone lighter with the lube but since they came out so good I didn’t feel the need to try a bunch of different things)

The Treehouse discord AEBoards channel has been active at receiving feedback asking questions and trying to help or at least understand why certain things came up.

Got mine in sitting in my mailbox! I’ll throw them on my hotswap 60% when I get home & report back!

I wonder if they did this for a better fit around plate foam. The overall footprint looks a bit smaller on the PCB. I’d imagine foam around these stabs wouldn’t have to compress and contort as much.