Also any recommendations for light-medium tactile switches that have some pretravel before the bump actuation? I’ve tried Ergo clears which I like the tactile bump profile of but they are still pretty chalky feeling even after lubing and filming.

I would say look at gateron blue inks or outemu phoenix. Both seem to be less rattly than your standard cherry blue. A clear upgrade imo

Hello, am looking for recommendations for the best click-jacket clicky switches.

Outemu Pheonix as @primuds said would probably be one of the to-go click jackets. Have you tried lubing your click jackets with an extremely thin layer of thin lube? Some say (my in-head theorycrafting) it helps “refine” the click sound while reducing the jacket rattle.
In my younger and more experimental days, I actually quite liked milky gat blues spring swapped with 62g springs.

Also any recommendations for light-medium tactile switches that have some pretravel before the bump actuation? I’ve tried Ergo clears which I like the tactile bump profile of but they are still pretty chalky feeling even after lubing and filming.

Hmmm, maybe Halo clears (not like mx clears or ergo clears despite the name) might actually be a pretty interesting option. Other modern options might be Poliao switches. Additionally, I think @Nebulant has liked Kailh Pro Purple switches in the past and has said positive things about them. NK_Blueberries might also be an option although they could be hit or miss depending on your preference.

Another on the pile for Outemu Phoenix stems. I have some in linear Cherry housings and I quite like them.

For a light-medium tactile with pre-travel [e.g. Cherry-style], there aren’t many options.

On one keyboard, I use Everglide Jade. It has a stronger bump than MX Brown, but runs at pretty low weights.

The stock 58.5 G weight is actually a little low for the switch - once you build up enough force to clear the tactile bump, you’re pretty much racing towards the switch bottom. So 60 G 14mm TX is more advisable. But, if you really want some ‘Ergo Clear’ weight behind it, use 62 G Spirit springs.

You need to lube with 3204 to improve the sound [the functioning is fine], especially near the leaf, which is the main culprit. You can’t use the switch in stock form, but lubed it is the best MX light tactile. [Polycarb plate is ideal for this switch.]

Another option I recently discovered is putting Gateron Orange stems in T1 housings using ~60 G L TX springs. It’s definitely comparable to an Ergo Clear, as I’ve tested them side-by-side. But this Orange T1 or T1gerine is sharper, snappier and more authoritative than Ergo Clears. Less chalky and more stable because of Durock housing.

If the Gateron Orange stem isn’t tactile enough for you in the T1 housing, you can instead use an Everglide Jade, MX Brown or Clear or other similar tactile stem.

The new Durock Light Tactile stem doesn’t offer much pretravel, but it’s better than nothing I guess. They work in T1 housings for more force, or you can put them in the Medium Tactile housings, which are good housings. I like to run Pewter stems in Taro Ball Housings at 57 G. It’s a sharper and larger bump than MX Brown, but less pre-travel. I think T1 housings exaggerate pre-travel a bit, so those might be ideal.

If you want a smoother, perhaps better-sounding Ergo Clear, you can put MX Clear stems inside Penguin housings. Penguin is a Durock Medium Tactile that comes unlubed, so that you can do it right. The trick is to only lube the tactile legs (yes, that’s right, tactile legs) on the MX Clear stem, and lube the rest of the switch carefully as normal. You can get away with a 60 G 14mm TX spring here, if you like, or just use the stock 63.5 G spring.

I’ve tested these, and they definitely are smoother and have less “noise” than MX Clear housings, and can be made to sound very good with lubing, filming is not needed as it’s already a tight switch. Although some people film theirs. You can also instead use MX Brown stems, but then it definitely becomes a light tactile.

So it’s either lubed Everglide Jades, maybe with up to 62 G springs for that Ergo Clear weight, or various frankenswitch options. I suppose you could also try Greetech Browns, or TTC Gold Brown V2/V3 which are either heavier Browns, or attempts at Ergo Clears.

Will definitely take a look at outemu phoenix switches as a couple of people in this post have vouched for them as well. Thanks!

Will take a look into everglide jades and some frakenswitches, thanks!

Everglide Jades will feel like a light tactile at the stock spring weight, but light-medium at 62 G.

You can also use the stem in Gateron Orange, it’s more tactile than the Gateron stem.

Another Frankenswitch that I didn’t mention was the Gateron Orange in the Boba housing. It actually becomes a medium tactile with the more tactile Boba leaf - I used a 62 G weight. Very easy to build, may not even require lubing.

Of course, you can do this with MX Brown and MX Clear, as well.

The Panda housing is also useful for making things more tactile. Everyone talks about Holy Pandas, but you can put an MX Brown stem in a YOK Panda housing and run it using a stock 60 G Panda spring. It is definitely more tactile and poppier than MX Brown, but not a heavy tactile. However, you will want to lube it as it sounds terrible.

Finally, I have seen Aliaz stems work in a T1 housing, they’re about as tactile as Gateron Orange. That’s an expensive combination, though, and it’s not like it will be a silent switch.

Will take a long at gateron orange switches as well.

Thanks for the suggestions. In your post you mentioned “Poliao switches”. Did you mean to say the Kaihl Polia switches?

For the click-jacket clicky switch, you could look at TTC Skylar, Kailh Speed Bronze and Outemu Snap Blues

For the light tactile switch, it’s also worth considering Akko Ocean Blues. @keebwizard has a little write-up on them here

I am referring to Everglide Jade Green’s, not Dark Jades. Easy to mix up the two, since Everglide uses such close naming terminology. 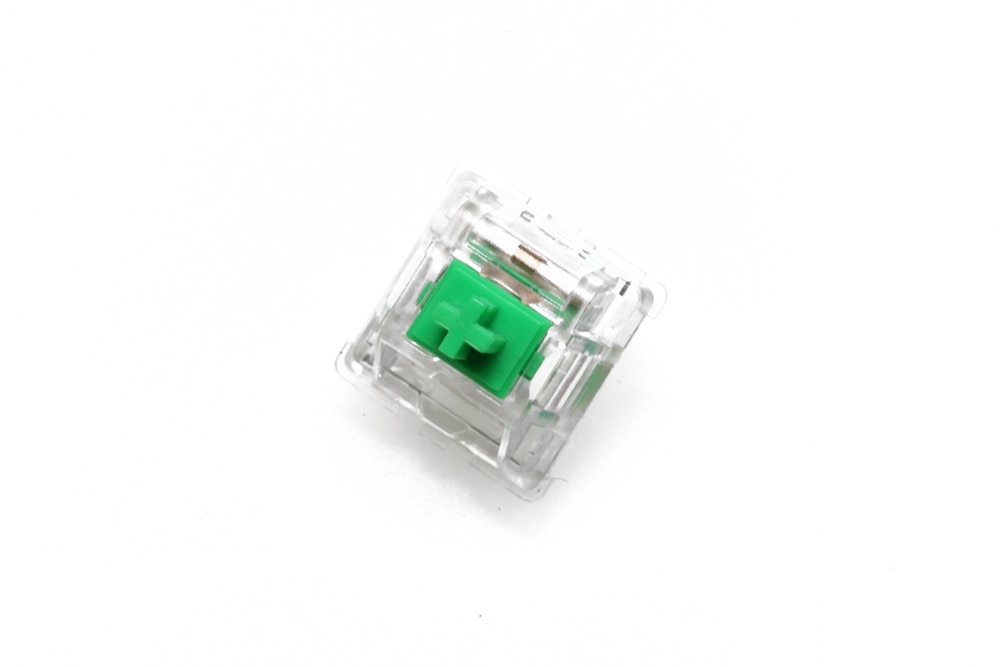 Yes, the Everglide Dark Jades have very little or no pretravel, but that’s not the switch I’m talking about. The Everglide Jade [Green] is a light-medium tactile shaped kind of like a Zealio V1.

The Gateron Orange switches in stock form are a very light tactile, almost linear. But the stems can be used in all sorts of housings to make more tactile frankenswitches [Boba, T1, and probably YOK Panda housings for starters].

I have Akko Ocean Blues, but I wouldn’t say that they have pre-travel. They are more like Pandas or Dark Jades.