So you can put a GK64 into a Tofu case, but it takes a little extra effort. My GK64 has a carbon fiber plate.

The plate is too big and needs to be shaved down a bit smaller in both the vertical and horizontal dimensions. I used a file to do that, being careful to try and keep the lines straight on the edge of the plate.

Another thing you gotta do is drill some access holes in the plate so that you can get a screwdriver in there to screw the case down using the standard Poker mounting holes. See the plate has built-in standoffs that attach to the PCB with a screw that goes in from the bottom of the PCB. You can sneak the screws in there between the plate and the PCB and use the holes you drilled in the plate to tighten them down. 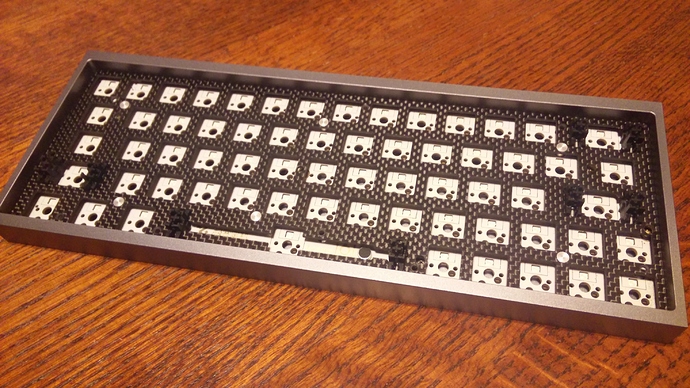 The switches I used are Revo Whites from Taobao. These are a light and smooth linear almost identical to Gateron milky whites, but with a nicer gold-plated spring that is also quieter. 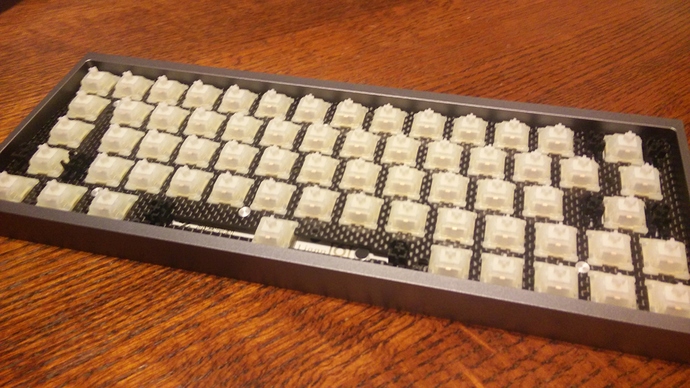 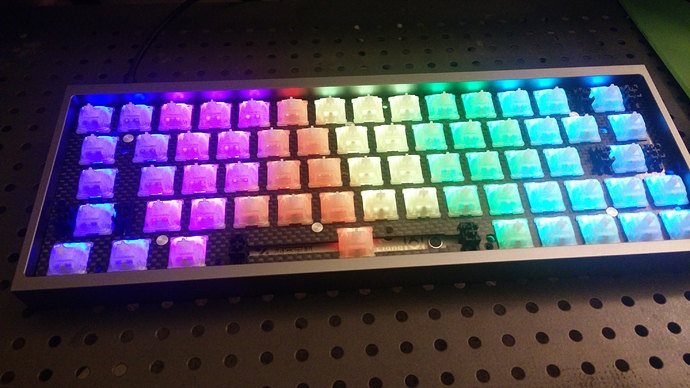 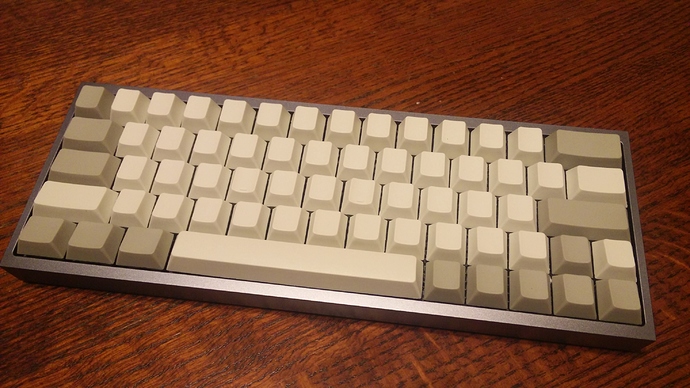 RGB memes but only around the edges 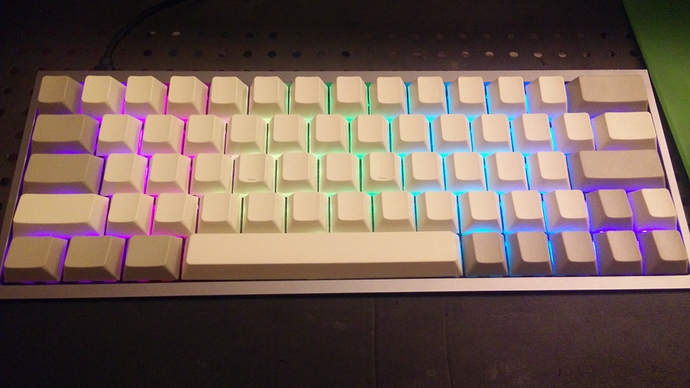 To anyone else looking at this post and thinking they are going to do the same, please remember to wear the proper personal protection equipment! Shaving down the PCB will cause flakes that are incredibly hazardous to your health!

Other than that, this build looks very clean! Great work on it!

No PCBs were shaved making this keyboard, it was the plate that needed shaving. Just wanted to clear that up.

Having said that, carbon fiber dust can’t be healthy either so the warning still is relevant lol…

I totally mixed up plate and PCB in my head when reading this post! Just goes to show you shouldn’t post without your morning coffee…

And for those thinking about using the GK64 pcb with a regular plate (so NOT one made for the GK64 pcb). I tried it but in my experience just the switches without soldering didn’t provide enough clamping force to keep the pcb and plate together strongly enough.

Interesting that was your experience because lots of people have had no problem using the gk64 or xd75re with a floating plate in a tray mount case like this. The pcb is secured to the case so the switches only need to hold themselves and a plate in which IME is not an issue.

When you pull off the caps the plate doesn’t try to separate from the PCB bringing the switches with it?
Same question for removing switches
Or do you just press down against the plate while pulling out a cap or switch?fasdfcvzcvcv

I’m sure it’s fine either way I just like how the plate is solidly anchored to the PCB by screws on the GK64, and the PCB is solidly anchored to the case, so everything is anchored with screws except the switches and keycaps. I actually preferred to reuse the stock setup for this reason vs. finding another plate. Besides, I couldn’t even find a fixed-layout GK64 plate anyway, it was all universal plates, which I dislike especially on a hot swap keyboard.

You could easily have laserboost cut you a steel GK64 plate but I prefer CF over steel anyway… Not for any good reason though I guess, I mean, it’s a tray mount keyboard, plate material isn’t going to make much difference as long as the plate is tight fitting to the switches so that for hot swap, the switches don’t feel loose. This plate is a nice tight fit so I like it.

Where did you get the CF plate from, really like to have one, have a standart plate now and it sucks

It came with the GK64 at the time, they were selling a version of GK64 with wooden case and cf plate