What are the worst switches you've ever tried?

Of course, there are switches we all like and love to type and recommened to others, but there are others like the Cherry MY, ML and Amstrad Spring over membrane which come to mind as crappy ass switches.

Cherry MX Browns. but they where no normal MX Browns. Normal ones are actually pretty decent.

i got them for way too chap on aliexpress, and aftewards they turned out to be fakes.
-scratchy as hell,
-stems that wouldn’t fit standard keycaps
-one switch wouldn’t come back up after being pressed.

Damn, this sounds like a switch that didn’t go through any quality control testing lol!

Any kind of keyboard similar to these monstrosities are a crime 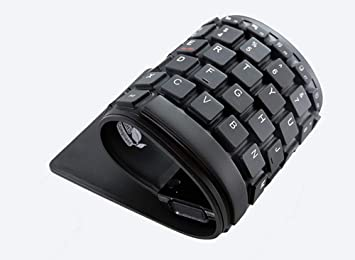 Super-scratchy old Cherry red and blacks are worst “real” switches I’ve used. A lot of cheap OEM keyboards were worse, but I have no idea what switches were in those.

As far as MX & clones goes some 100g Aliaz switches from a 10 pack I got to test were easily overall the worst I have tried. The springs groaned & crunched when the switch was pressed then the silencing pads were kinda sticky. It was one of very few switches were I would describe the feel as gross LOL! Thankfully Aliaz housings are great for frakenswitches.

On a side note, I’ve never tried one but those KBs that are just projections onto whatever surface I think would honestly take the crown.

Oh this will be fun. As far as my personal experience goes…

This is one of the least pleasant keyboards I have ever used in my life - edged out only by the floppy “roll-up” style portable style ones. This is a genuinely disappointing typing / gaming experience.

- Some keys are odd proprietary shape or position

- Sounds like drumming a melon with floppy gloves on

+ Touch is in fact soft

Basically, it’s hot garbage, but it will do in a pinch.

So why do I call it “inspiring” ? Simple. It inspired me to buy a mechanical keyboard. That board I am extremely satisfied with and will use for the rest of my days. Extra star just for that!

Ooof! You do not pull your punches! 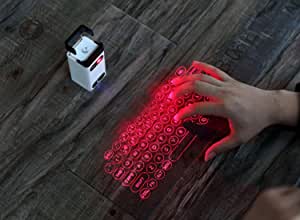 What if you overlay that over a quality mech keyboard tough?

OMG for a premium switch these ping and crunch like bargain Oetemus. I liked the tactility and nothing else.

For the money they are the worst.

Well maybe not quite. Arctos switches are also incredibly bad. Not via design flaw, but because of inconsistency. When every other switch feels like different tactility due to varying degrees of scratchiness and some switches stick you know you have a bad switch.

My first mech was an og razer Blackwidow TE. It was so damn loud that I looked into silencing it and what I did turned out to be possibly the worst thing I could.

I made jailhouse greetech greens with latex silencing pads.

Stupid me used liquid latex to paint on silencing pads, this was before even aliaz switches were an thing. Additionally the fit within the switch made it so the rubber O rings I used got stuck, every single time.
The resulting abomination was stiff and would bind on ever single key, within the key.
To top it off I screwed a couple of traces so I had no W, M or left Ctr.

Straying away a bit from Cherry, but the worst I have ever used are Matias cloned Alps switches. Wobbly and scratchy as hell.

Greetechs are the biggest pos mx clones in existence

Realisticaly they are not that bad. Don’t get me wrong they suck:

They’re loud
They’re not tactile at all
But they don’t bind or missclick and they didn’t break on me.