What did you get in the mail today? 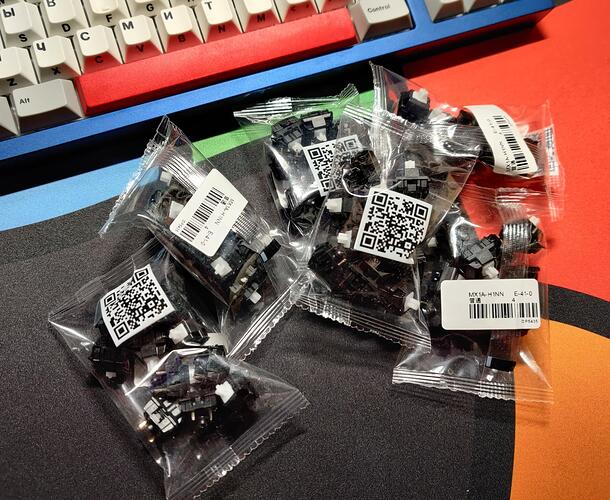 Half-priced Xiami set from PovertyKeys. These are even thicker than CRP set shown at above. Chonky! 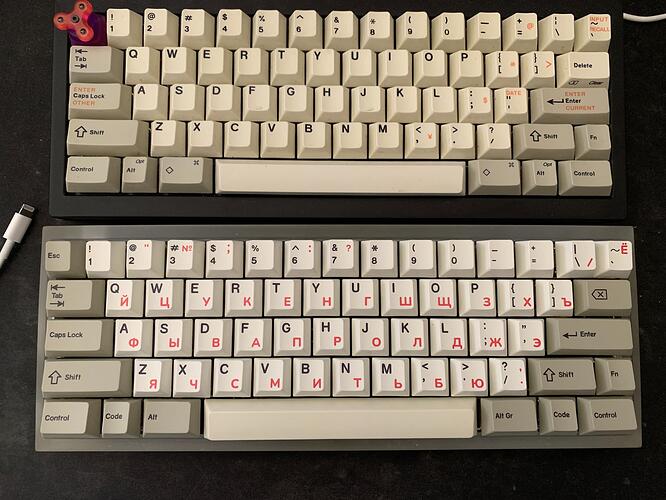 I’ve got a problem now with these switches. After lubing with 205g0 they are the best switches I’ve ever used. I was going to put them in my Frog TKL but it doesn’t have backlighting, so the cool diffuser is wasted. They look sick in one of my hotswap 60% with polycarbonate keycaps.

The problem? I have all these switches sitting around that I’ve been needing to lube or film or spring swap or all 3, but now I wonder if I should sell them and get more black lotus!

Wow, that’s strong praise, Pixel. Might need to get a batch now

Unlubed, the high pitch tick on wobble is annoying to the point I wasn’t going to use them. Tub lubed with 205g0, they are exceptional. I think I’ll keep them in a hotswap board for a few months to see if the tick comes back.

I went to snag some after your initial post but DK was down to three packs - I grabbed one just to try them - might have to grab more when they restock >.>

I think this is the earliest Model M/Model M-based/membrane buckling spring keyboard I’ve seen, and it’s a beauty! Includes typical early Model M and Wheelwriter/Quietwriter keyboard assembly perks such as rainbow plate, ‘cushionless’ pivot plates and factory-fitted O-rings. Plus, all rivets are intact! It was the keyboard assembly for the IBM Wheelwriter 5 electronic typewriter, which alongside the Wheelwriter 3 and Quietwriter 7 were collectively the first vessels of the Model M design when they were released in the latter half of 1984. 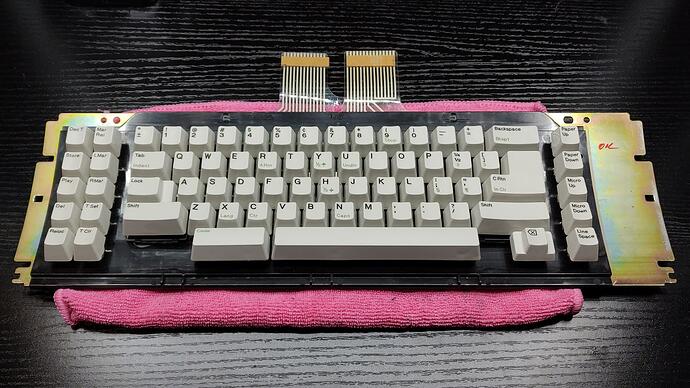 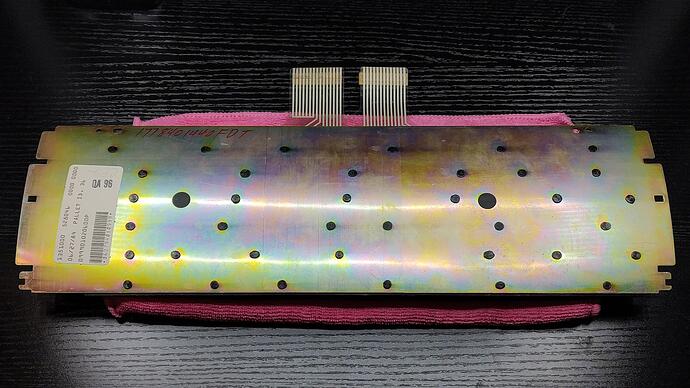 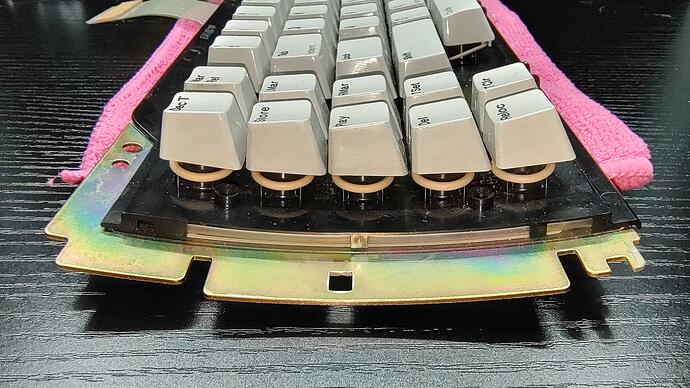 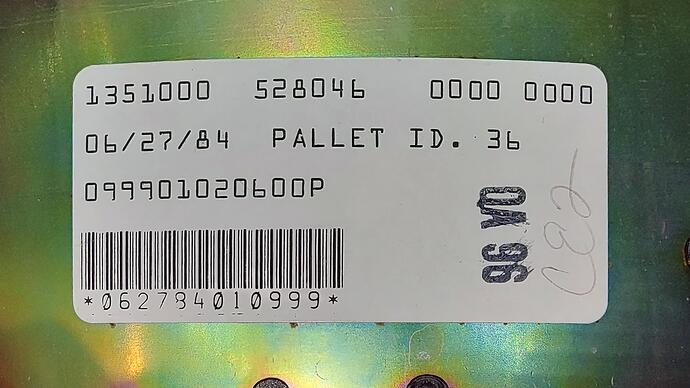 I got me some of the new switches from XMI,
or The Erland’s as we in the SWE-community like to call them.
They feel really nice in the hand and feels and sounds a bit similar to Box Ink Pink just as I hoped for.

Also got me some 55g 2-stage springs, but now I’m not sure if I want to switch them.
Also got some films, but they seems to be tight AF soo…

A package from LEGO also arrived. 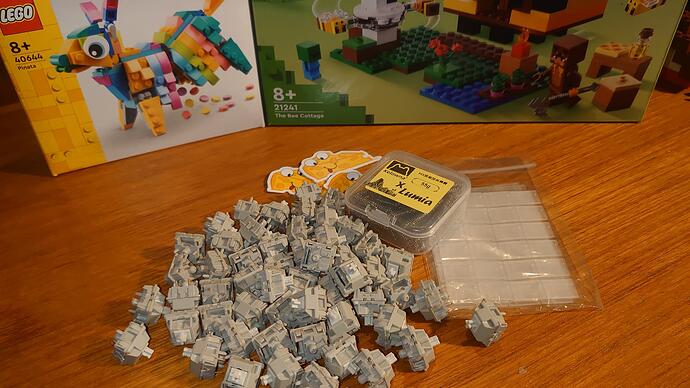 Today I recieved my order of Key Kobo BoW from NovelKeys_
They are pretty nice but my order was missing the Stepped Caps Lock key, which sucks because most of my boards are built with a stepped caps. I contacted NK about this so now I’ll wait.
More pictures and comparison to GMK Below. 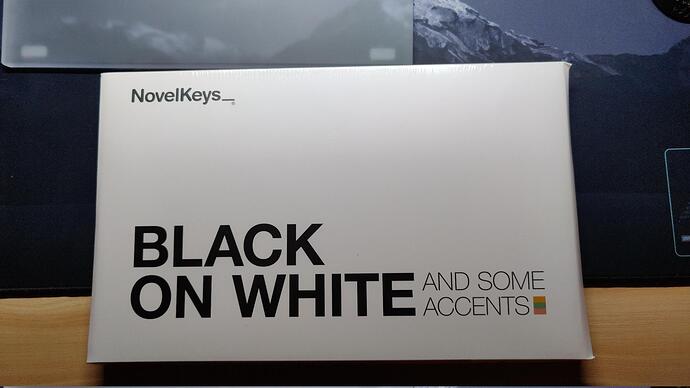 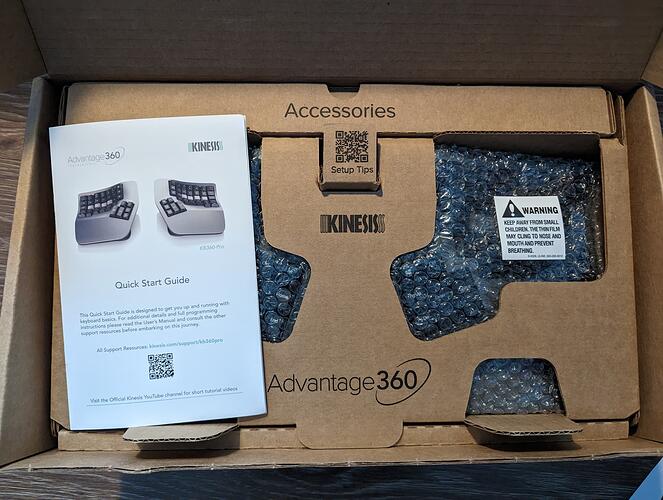 Received my VGN Futurewave switches today. They appear to be Outemu, as the molds are almost identical to my cream pink Outemus. They have long pole stems and come with a longer spring and factory lube. Haven’t tested them in a build yet, but they seem to be quite nice in the hands. Very nice even, looking at the <15$ price. 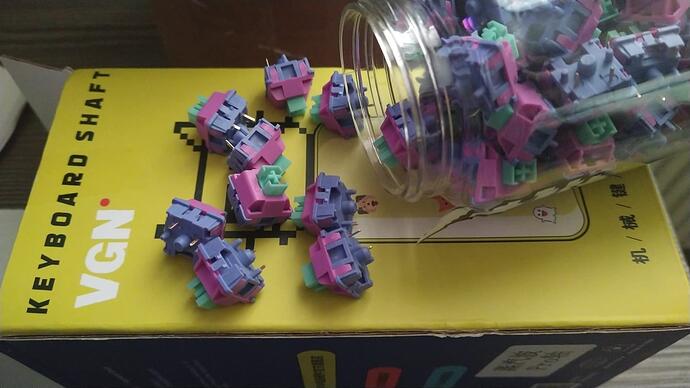 Dang those are some kaboodle colors and I love them.

For 35$, quite a steal. Starts to feel like an addiction to MT3 caps. 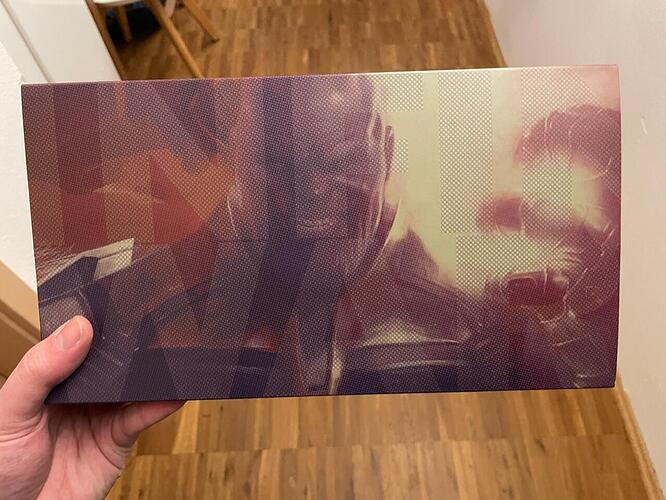 18+ months later, ePBT Scandi has arrived and…I’m disappointed. Everything is fine quality-wise but the set just didn’t come out how I thought it would. Comparing it to ePBT BoW, here’s what I mean (pardon my famously warm and poor lighting): 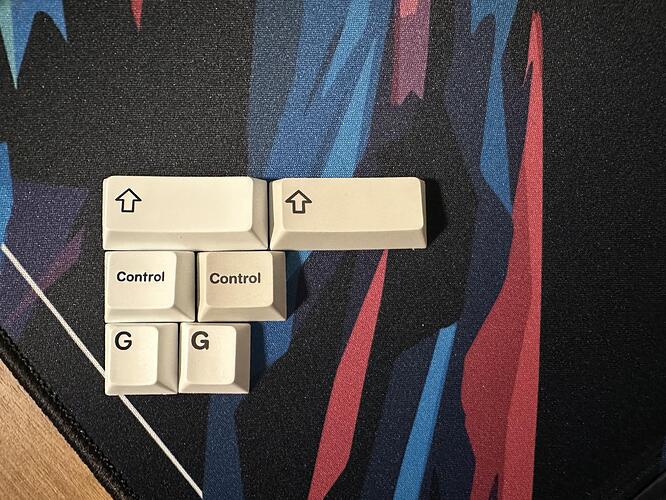 Lesson learned I suppose but sadly I don’t think my decorative tastes translated to one of my hobbies.

But the font on that G makes me believe it’s not a ePBT. Anyone knows when they made that change? 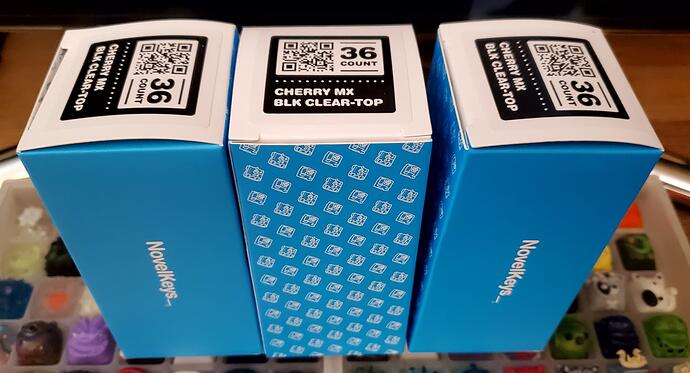 20230128_1334401893×923 164 KB
Got my batch of the new Nixies in today! In a quick test in my hand they feel like Cherry switches, slight grit but not what I would call scratchy. Sound wise they surprised me a bit, outside of a case they are have a deeper top out than vint blacks! The stock spring feels ok, but has some decent crunch to it, probably can be worked out with some oil or lube if you’re not spring swapping yours. Overall I’m pretty excited about them, they feel just like a batch of NOS vints I have & are a little deeper sounding on the top out than normal Cherry tops. Think these are gonna go in my Thermal+ whenever I finally get it!

Edit: So out of curiosity I threw some TX long 55g springs in a few of these & also compared the Cherry milky top to a Gateron milky top. For the top comparison the Cherry ones seem to be made from a harder, shiner plastic. The Gateron tops are more dull in the light & much softer, which is kinda weird cause the Cherry tops sound deeper

. Adding some good aftermarket springs really livened up the switch! I think once lubed with a swap to some good springs these will really shine!

Thermal+ whenever I finally get it!

OOH, i saw that they are finally complete though. Shipping soon!

Mine is arriving today. Maybe you’ll warm up to the look. I don’t think it looks bad. Like you said, it just wasn’t what you expected.

I’ve certainly had that reaction to many keysets in the past. But once I get used to them, I can appreciate them for what they are. Of course, I’m a terrible keycap hoarder and I probably should have sold them!

Yeah I saw the email too so perfect timing with these switches LOL! I just hope Rama doesn’t take forever to ship them all out. Definitely excited about it though!