What do you do when a keyboard that is not in your rotation dies?

I have several keyboards… more than I can use. One of my keyboards I happened to be using stopped working. Because I needed to keep working at the time, I switched it out and went back to working, figuring that I’d look at it later.

I decided to take a look and see if I just needed a quick fix, and found out that though the MCU is detected by QMK toolbox and it senses when it is reset, it won’t actually program it.

I don’t intend to use this keyboard again- in fact I have another to build that was going to take its place. But I still think about spending time on it, even though I should be building another in my backlog. I was even planning to sell it one day- it was that low in my rotation. But for some reason, it calls to me to spend the time and most likely the money on something that I won’t ever use again.

Has anyone been in that situation? 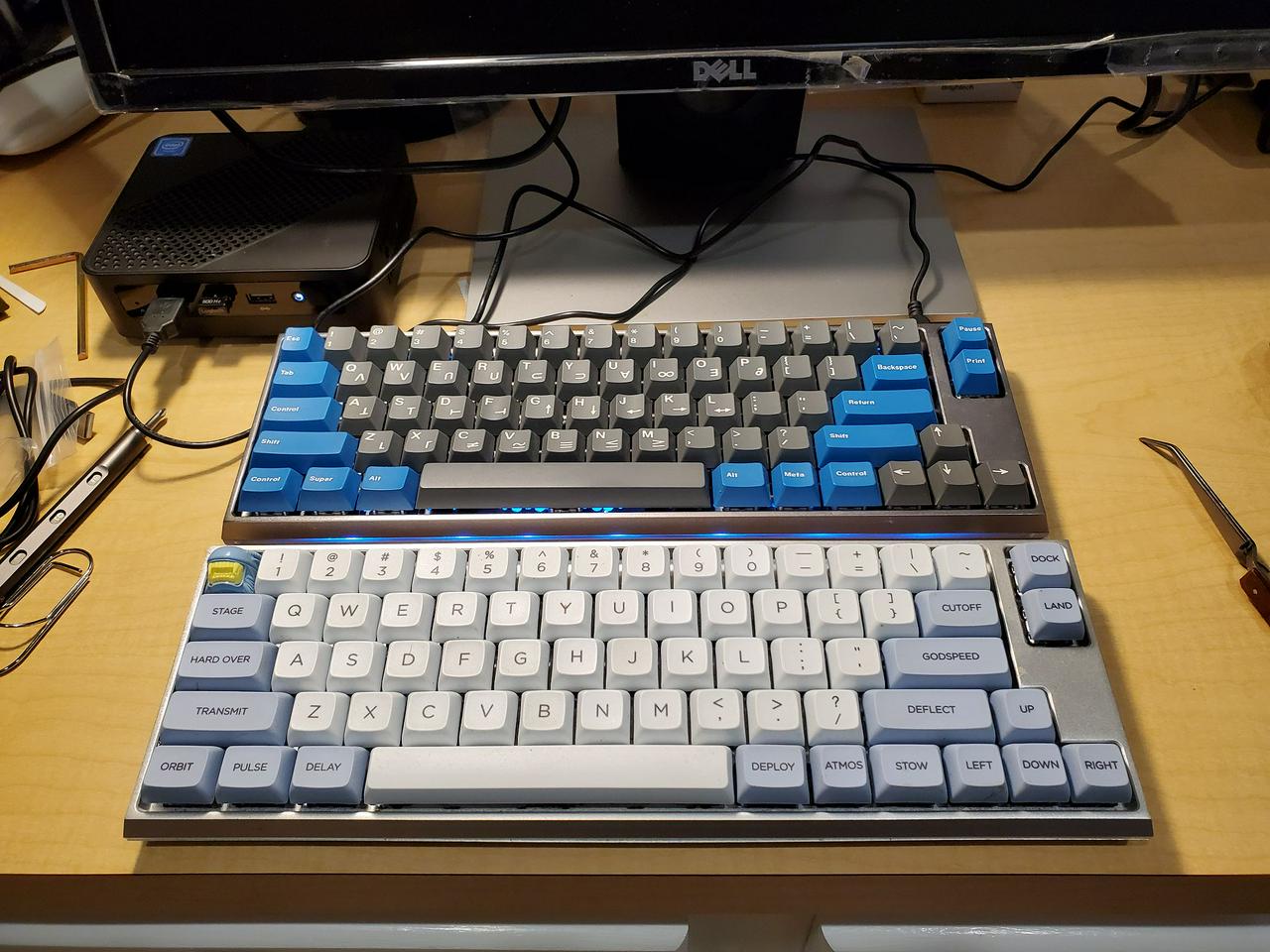 The keyboard in question is the bottom Clueboard with Godspeed.

I’m the same way, it breaking in my hands would bother the hell out of me. Then I wouldn’t want to sell it broken so I’d be in the same boat you’re in. Not really wanting the board for personal use again, but compelled to fix it LOL!

I’d definitely be irked if it broke. That being said, do you think that fixing it will bring you enough joy to justify the time and money that you’ll spend in doing so?

do you think that fixing it will bring you enough joy to justify the time and money that you’ll spend in doing so?

That’s the thing (at least for me can’t speak for OP), even though fixing it is definitely not justified by the time & money it will take to do so. It’s like an OCD compulsion that drives me to fix stuff like this. Probably not a healthy thing TBH…

Oh absolutely. If it broke I’d want to fix it. So I’m probably being a bit of a hypocrite but it sounds like OP isn’t really using the board that much anyway so that’s what’s making me wonder if it’s worth the time. With it being so low in their rotation, maybe it self-selected to finally be formally removed.

You both sound like the two sides of my psyche. I hadn’t even thought about it since I rotated it out… it’s just been sitting there. But since trying to program it and finding out it really is broken, I can’t get it out of my mind. Even if I fix it, it will just be fixed to try to sell most likely, so it makes no sense.

… but it’s just sitting there, taunting me!

Alright how about this: would you enjoy the time that you’d (potentially) spend fixing it?

Probably not. I have so many keyboards I still need to put together, that spending time on something I’ve already done would feel like a step backwards.

Maybe that’s your answer then? I’d say the absolute worst case is that you can keep it around for parts or until the mood strikes you to grab a new Clueboard PCB and swap it out.

Oh, Split backspace is the reason I can’t use most hotswap boards. I just can’t get used to anything else anymore and my typing sucks on regular layouts now. Split Backspace users unite!

Same. I change switches a lot so hotswap is big for me too. Maybe it’s better that I’ve gotten myself into such a niche so I don’t buy any more boards. Though I did contemplate buying a second Brutal60 the other day…

Personally, I think there’s a lot of joy and satisfaction when it comes to repairing/fixing what’s broken. Breathing new life into the keyboard so to speak.

But given that the keyboard isn’t in rotation, I would consider the following:

You make a very good point- I’m pretty sure I’m going to have to spend money, and that’s the other thing holding me back- I don’t even know where to find the PCB if it is actually the MCU.

If it’s not in the rotation… is it really alive to begin with?

If you enjoy the process of repairing/rebuilding something, go for it!