What projects did you give up on and why?

I have built many keyboards - maybe close to 50 of them, but I also have a long list of failed projects.

I am sure there are more, especially if I count “in-flight” projects that I will probably never finish, lol. 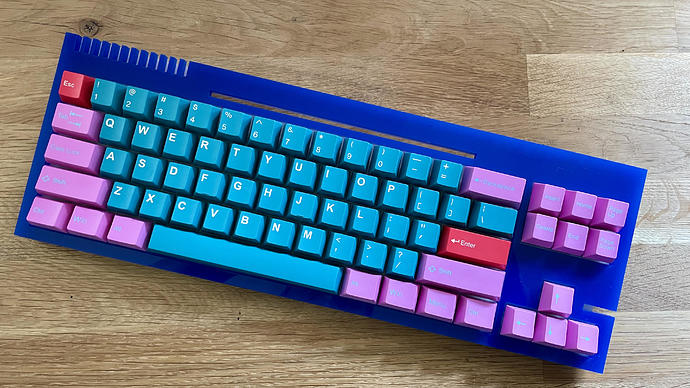 In every project we make there is always at least little bit of failure, it is frustrating but we need to live with it

At the moment, a custom cable for myself because… why? They’re inexpensive enough from most places to get the job done lol. I’ll get back to it eventually, but it’s just soooo low on the priority totem pole to think about.

In every project we make there is always at least little bit of failure, it is frustrating but we need to live with it

So much truth in this statement! Any project will take at least a small amount of give & take to get it where you want it IME also! Not talking just keyboards either LOL!

At the moment, a custom cable for myself because… why? They’re inexpensive enough from most places to get the job done lol. I’ll get back to it eventually, but it’s just soooo low on the priority totem pole to think about.

I feel this post too, I’ve got one USB-C cable I failed on & just never picked it back up for the same reason. I even know what to do to fix it!

absolutely. I have a board sitting in a drawer I can barely look at because there’s a bridge somewhere that causes a column to light up and I don’t think I’ll ever be able to find out where it is. The particular PCB and stacked acrylic case are so fiddly they convinced me to never buy a stacked acrylic board again.

I have a Kyria that has some sort of issue rendering one half of the board as non-functional.

I’m sure I can figure it out, but I’ve also discovered that I don’t really like Ergo boards all that much so my motivation is just not there. Although if I choose to resell it, I’ll figure it out. This “discovery” also leaves a Lily58 Pro that I need to tinker with some more and then two unbuilt boards; the Breeze, and Sofle RGB.

I’ve started and stopped attempts to retrofit the GH60 and GHPad schematics to incorporate serial communications so I can have a matching 5x4 numpad connected via trrs, but as of yet I just can’t find the motivation to really sit down and learn kicad.

Additionally, I dream of a GH60 compatible topre. I know the switch footprints are out there, but again, kicad.

I’ve pretty much forsaken everything MX, so I have a yoink sitting unattended entirely.

I’m convinced that the reason cable makers come and go with the changing of the seasons is eventually they all realize no amount of money is worth the time spent sleeving USB cables.

same - I tried to make a custom cable like 3 times. between the sleeving and the soldering tiny wires that like to move all over the place, it just wasn’t worth it for me

I have a pair of Durgod 65% boards that aren’t functional, and while the reason behind it was a great learning experience, it’s kind of funny in retrospect.

The first one was more just the honest process of learning to de-solder on the fly and with a very cheap set of tools - it has a few lifted pads.

The second one is the kind of funny one; I intended to hot-swap mod it with sockets - but I didn’t yet realize the distinction between Milmax and Holtite. I’d watched a tutorial on installing Holtites, and tried to use it on Milmax sockets. Long story short, this had me applying heat to the pads for far too long and lifting quite a few of them.

I’d intended to fix both of these, but lost interest after learning a bit more about HK Gaming. I might still take a whack at repairing them as an exercise one of these days, but it’s at the bottom of the list for a few reasons, not small among them being the warpage on the cast aluminum cases - I think it’s actually the mold they used. The keyboards teeter on flat surfaces.

I gave up on trying to make my son follow my directions. Futile.

Well, in the spirit of the Hollywood trope, the next step would be reverse psychology.

Don’t even think of cleaning your room.