You know when you talk to people about your hobbies and you bring up keyboards? Then they ask why a keyboard is so important and you don’t know how to answer? I do…

This is a place to share reasons why keyboards are not in fact useless so you can justify spending more for your keyboard than your PC and having more GMK keysets than you have fingers.

Keyboards for me has been about creating a customized input device designed specifically for my needs. An interface I could take with me from machine to machine. I work on computer at a minimum 8 hours per day. I might as well use a device that brings me joy and is an expression of who I am. 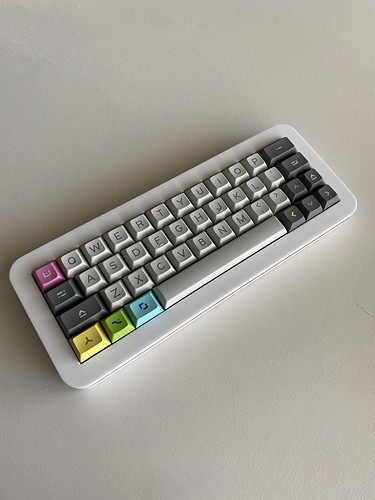 I work on computer at a minimum 8 hours per day. I might as well use a device that brings me joy and is an expression of who I am

this is more or less my reasoning too

I’m about to ramble something fierce because you asked why I like my favorite thing, but before I do here’s the most important bit I have to say: having reasons you can identify for enjoying your hobby is great - but you don’t need justification.

If you enjoy it - you enjoy it! Knowing why might help you get more into it or get the most out of it, but yeah. If someone asks me why I have more currency in colored plastic squares than my car, I’ll say SUCH IS MANGO! and exit stage right. 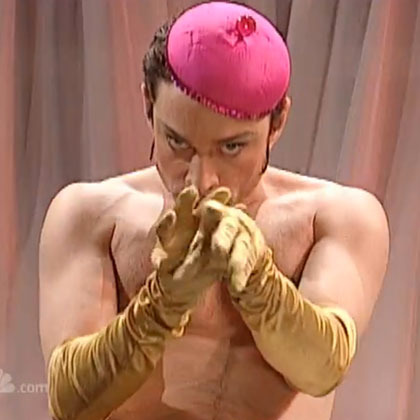 I used to work with a guy that had a massive sneaker collection, mostly limited editions in really wild colors. He often wore ones coordinated with his uniform. Had a display wall for them and everything. When he asked me about keyboards, I said, well - it’s a lot like your shoes, man - and he got it. 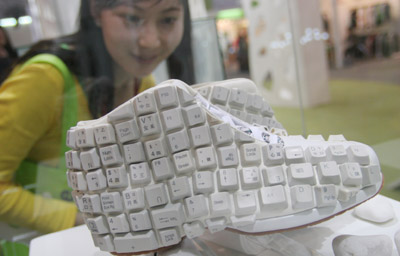 Aside from what’s already been said about how much time a lot of us spend using this kind of input device both for work and play, I do have some other reasons.

I enjoy human-interface machines in general, and am fascinated with the variety and the reasons for it. Before keyboards, it was bikes. I got really into all the possibilities within limitations, and experimented with different builds based on ideas (and subsequent lessons). 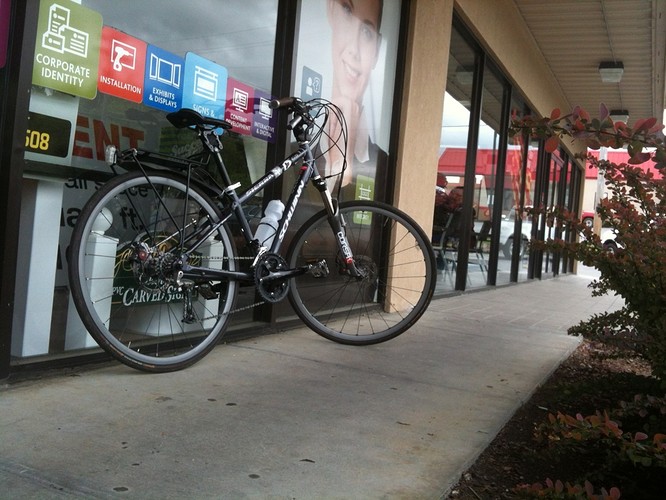 Before, I wouldn’t have guessed that there’s as much variation with keyboards as with bikes - but there really is, and that has only been growing over time (and quickly). I get the sense this is a great time to be getting into keebs. 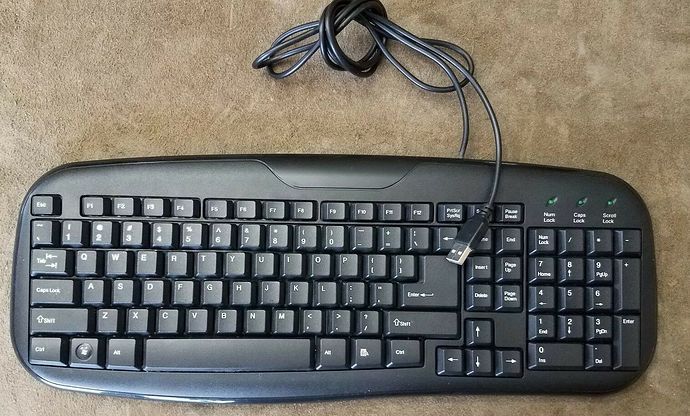 Until I got an especially bad one (seen above), I don’t think I’d ever considered a keyboard in any way other than you kind of need one to use the computer. When the extra crap one came along, I started looking into what might be better… [ enter: rabbit hole ] 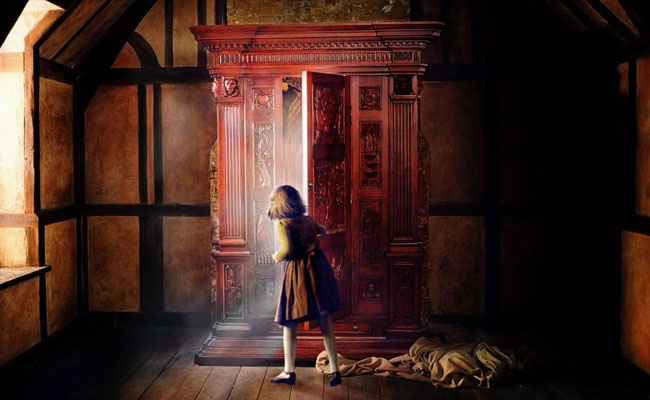 With keyboards as with bikes before, I take specific enjoyment in helping people find the right device for them. If I see it make some kind of positive difference, that’s the biggest win - so once I discovered how much aesthetic and functional customization was possible with keyboards, I was in for the long haul.

I’m still a relatively new builder, but after seven or so builds for other people I’ve already tried and learned a few things I never would have otherwise - that’s something fun that keeps me engaged. Easy builds are relaxing. Others can be exercises - or challenging puzzles - either way, I’m having fun.

I have some mild nerve damage that doesn’t effect much these days, but it does make writing kind of slow and awkward - but typing! It’s so much more natural and effortless feeling for me compared to writing by hand. 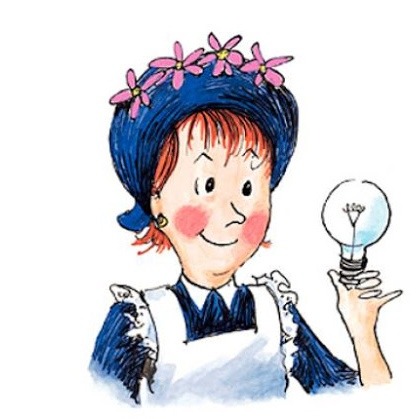 extra points if you know who this nice lady is

Even before the nerve stuff, there has always been neuro stuff - let’s just say that typing makes it so much easier to actually get my thoughts down before they evaporate. And the tactility! The sound. It’s like a fidget thing I can fidget with while also being productive.

But you know what my favorite part is? You folks. Like just about everything, the best part is the people you meet through it.

I love this hobby.

Because a keyboard and a mouse are the things I have the most physical contact with. Much more than with human beings … So, as much as possible, it’s as pleasant as possible.

For me the main reason for building my own keyboard is the fact that off-the-shelf propositions are so hopelessly bad, that it doesn’t make much work to do better. You can have a visible improvement with minimal skill, and that gets even better when your skill improves.

Because it’s an absolute insult to be sitting down at your desk working 10+ hours on a daily basis, and the only tools you have in your disposal is a Dell rubber dome and a crappy HP plastic mouse.

This applies for the productivity aspect of things. For the hobby part…well, it’s fun.

Also, this is a very fitting statement:

having reasons you can identify for enjoying your hobby is great - but you don’t need justification.

Love the whole write-up. You should republish that on your new site.

For me - it was a safe diversion from all the negativity and stress, especially in COVID. (after crossing the gauntlet of reddit and finding the haven of keebtalk). It’s usefulness or value didn’t matter to me. If it costed $500 or $50 - and it was good and I liked it, both were worth it to me. It was something fun to tinker with and enjoy. Thats I all wanted. Even now, after getting busy again and not having as much time to spend on builds, I still try to keep up and enjoy the brain fodder of switches and cases and more.

The ‘safe diversion’ really resonates for me also - and this community aids that a great deal. When the work from home started I realized I wanted a keyboard for my laptop, and when I started researching that I dove down the rabbit hole. Got a couple basic in-stock boards from Amazon just to try out tactile and linear, and QMK, while I waited on some other orders. Since then, learned how to solder, build some macropads, and now my most-used keyboard is a corne with Boba U4 and Godspeed caps. Working on a Lily58 build, and more keycaps on order…

But back to the why - it’s this hobby that has so many different angles to it - aesthetics, collectibles, building, all the switch types and frankenswitching and so many ways to customize, artisans, etc. I feel like there are so many different aspects that can appeal to different people and satisfy different things for your brain. Add in a community like this, and it feel more like it turns into “why -not- keyboards?”

Photos like this are a big reason I got sucked into the hobby. Also I grew up using Alps-made keyboards, and then at some point wondered why I hated modern keyboards so much.

there has always been neuro stuff - let’s just say that typing makes it so much easier to actually get my thoughts down before they evaporate. And the tactility! The sound. It’s like a fidget thing I can fidget with while also being productive.

I completely agree. The keyboard is more than just an input device - it is practically part of your body. Just like talking, I don’t think about it. It is, at this point, natural and engrained within me. It connects you from the physical world to the virtual world, something so precious that why not make it express yourself. Why not make it sound good? Why not make it feel good? Why not enjoy something you use so much? People spend millions on art, and they do it for a good reason: it makes them feel good. A keyboard, to me, is like art; a beauty not everyone understands, but everyone can understand why.

The other thing is that there is no end to this wonderful rabbit hole. There is no so-called endgame, and this is what keeps keyboards interesting. There is no perfect switch for everyone. There is no perfect aesthetic, nor a perfect sound. This creates the wonder that drives many to keep building keyboards. To me, keyboards are great, and amazing to type on, hear, and look at, but the keyboard hobby is more than that; it is a keyboard community, and that is, like you said, why this hobby is so enjoyable. The meetups, the forums, the crazy arguments about how Cherry MX really aren’t that bad. While one could type on a cheap, plasticy mess, if something brings you joy, that is all anyone needs to justify the price, time, or risk. While someone may not agree with how amazing a keyboard is, they can respect it, becuase in the end, it’s all personal preference.

I sit at a computer all day. I might as well use nice peripherals while I suffer. I don’t think its much different from tradesmen collecting and using nice tools, or long haul drivers buying nice trucks; they are important to your work and you want the best and most comfortable tools of your trade.

Truly looking forward to the keyboard community’s version of Dekotora

Why keyboards? The community. Without you fine people taking time out of your busy day to share your build log battle scars and stunning photos with complete strangers, I would have regrettably missed out on what ended up being something very special to me. I can’t distinguish my passion for keyboards from my admiration for the community.

I work on computer at a minimum 8 hours per day. I might as well use a device that brings me joy and is an expression of who I am.

This for me as well! I think I heard a saying once that if you spend a lot of time commenting in traffic, buy a car that you enjoy sitting in. I ended up applying this to keyboards, and that lead me down the rabbit hole.

I can’t distinguish my passion for keyboards from my admiration for the community.

I’ll do you one better: “who keyboards?”

Seriously though, I’m in the same camp as many of the others, I found myself typing so much every day and when I started to see fancy keyboards I wanted one for myself. Unfortunately, to a certain extent, I’ve over-optimized, getting far deeper than most of my brain thinks is practical. For the longest time I was of the mind that I should only have as many keyboards as I have desks (2). It’s what leads me to purging a good portion of my collection every 6 months or so just to quickly build it back up again.

It’s not one particular thing- yes, I’m on my computer 12 hours+ a day, so a good input device helps. Yes, trying to find the perfect layout and form factor to help make that 12 hours as productive as possible helps. Also the aesthetics of the keyboards is a factor.

But I think the largest factor to me is that it grabs my attention and allows me to focus on something in a zen like way when I’m in the middle of a build, and leaves me with a sense of satisfaction that I built this after I’m done.