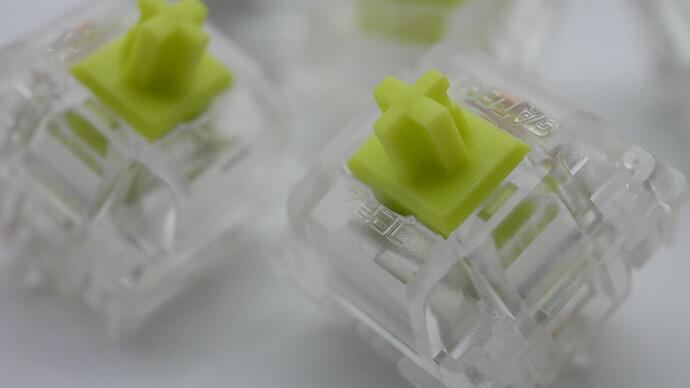 What’s a better way to cap off a weekend than a switch review? Three of them all shoved into the space of one with absolutely no corners cut. While it’s been expected for some time, I am finally glad to present a look at Zeal’s latest (and greatest?) in the 3-in-1 Clickiez switches! When you get some time you should definitely check out this deep dive into the switch’s click leaf-based mechanism and to find out if these really stack up to the hype that their unique design has generated, or if these fall apart as simply a gimmick without much hope…

As always, thank you all for the continued love and support with all of my reviews up to this point and hopefully this one as well. While it was triple the amount of work than I normally do in a review weekend, I couldn’t have imagined doing it any other way because of you all. Hope you enjoy!

One of the worst MX switches I’ve tried.

Many of my switches had very loose leafs, I could push them in with just my finger.

The sound of the click varies a lot(tested both in hand, and seated in a board), some sound echoing, some hollow, some dull, some were even almost silent.

The upstroke is so loud it almost counts as a click, defeating the positive of only having an audible click on the down stroke. I’ve even seen some reports of the switch developing an actual click on the upstroke once they have been used for some time.

For a switch that supposedly took years to develop, and costs like 2 usd/eur a switch, that’s terrible.