It sounds like the distinguishing feature of these bonbons is another new (or at least new to the space) plastic blend they’re calling PME.

According to Dangkeebs, this plastic makes for a slightly deeper sound signature than average - and on that note, the other defining feature of these is that they’re another new switch to feature the increasingly popular “long pole” on both the linear and tactile versions.

No notes on what sort of character the tactile is supposed to have, and “slightly deeper” doesn’t really say a whole lot - but I’m taking a wild guess at a sound somewhere between Gats and Gazzews, when it comes to the long-pole thock.

I assume the tactile version of these will be fairly similar to the other Tecsee-made PME-housed tactile I got in the mail, whereas the linears will be similar to Kingfishers (which I don’t have on hand), but hopefully I should be able to confirm the former when I get them in the mail.

Is PME the same as MPE? The Raed switches have these stems. I haven’t done anything with them yet because the stock housing was pretty underwhelming, but the stems seem promising.

It’s super unclear at the moment, wish I knew more.

Just tried them out. They are pingy out of the box. And I won’t say they sound a lot deeper, in terms of deepness I would say boba > ink > PME.

The switch gives a halo-like feeling but not as intense. It might be the same as the ethereal panda stem but I cannot verify that.

The housing surface look somewhat similar to the bobas. Boba is a bit softer than the PME. Bobas sound a touch deeper than PME, just a touch, not by a lot.

In terms of the PME and MPE my guess is they are different, as MPE feel a bit smoother than PME. Just how I feel like not scientific at all.

I was actually just messing with my batch & have had the exact opposite experience TBH. Mine feel very smooth stock, in fact I was shocked that they are not factory lubed or if they are factory lubed in some way it is a ultra thin layer that isn’t even noticeable on the fingers after handling some stems, My only complaint with them is the extended pole on the stem. I’ve never been a fan of the harsh HP style bottom out & find it even more annoying on linear switches.

I swapped some Invyr v1 batch 3 PE stems in a few & they felt ultra smooth with a much quieter bottom out. I might just end up swapping PE stems into them instead of going through the trouble of clipping 110 stem bottoms. All in all I really like the switches I got & think Tesscee is onto something with this PME material. Although on the other hand I may have just gotten lucky & my batch is from the first few runs through the fresh molds for these. Guess time will tell when we get some more reviews on these from other people! 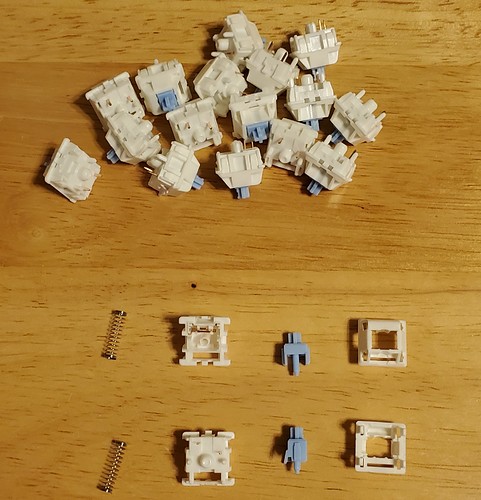 Edit: Just clipped the extra bit off one of the stems then sanded the rough edges with ultra high grit sandpaper. The result was pretty much what you expect a much more silent bottom out, which is what I want from these. Although it did let me get a better ideal of really how smooth these PME housings are & they still feel just as impressive as they did to me on first impressions. Still probably not gonna bother clipping all the stems, but it is viable. Got some Gateron Hippos coming, have heard the PE stems in those are very consistent so I’m definitely gonna give those a go in these housings when I get them.

I just check out a few more, they are actually good in terms of smoothness but, the ping is still the worst I have ever heard of

Spring or leaf ping? I can’t say I have much of either with my batch, but the springs are kinda lacking IMO. Definitely will be swapping them for some aftermarket ones when I put these to use.

Sound like is the spring to me. I will buy some later, 67g bottom out is a bit too much for me anyway. Sometimes the tactile event feel lacking might be the spring being too heavy actually. Try a lighter spring with longer length tend to make the switch feel better base on my experiment

I got my hands on the tactile Blue Velvets.

They’re impressively smooth, and from other people’s impressions of the switch (and other possible recolors) I thought it might be a much smoother panda. They’re however a lot less tactile than a Holy Panda.

Hmm wonder if they’re using the same leaves for both the tactile & linear variants? That would account for the drop in tactility even though BV stems & halo stems are shaped pretty much the same.

IMO, the tactility was disappointing. To make the most of it you could put a two-stage long spring in it and that could make it a bit more tactile, almost like a Holy Panda.

But I also think the stems will be great alternatives to Halo stems since they feel the same at least to me (and maybe smoother if Holy Panda’s scratch is partially because of Halo stems???), and the tactile Blue velvets are cheaper than Halos.

This is pretty interesting; I’d like to make a close comparison between these stems, Halos, and the upcoming Canary switches.

It’s definitely trivia, but I’m super curious about the legal (or extra-legal) intricacies of design management when it comes to the Halo stem design.

That one little stem is responsible for an industrial explosion of new interest when it comes to this hobby, not to mention a boatload of subsequent innovation in response - and it still remains one of my favorite stems to mod with.

It kind of looks like the Halo stem design’s proverbial cat is out of the bag - I just wonder about the specific mechanisms thereof, especially since the design has been pretty fiercely protected and fought over in the past. Has the protection period expired? Been relaxed? Side-stepped altogether through inconsequential changes? Simply ignored?

None of this is particularly important, but it fascinates me. I believe the original designer deserves a mountain of credit and financial recompense for his contribution - but I also wouldn’t mind if the design came in lots of colors and was easy to obtain through multiple vendors and at increasingly lower costs…

None of this is particularly important, but it fascinates me. I believe the original designer deserves a mountain of credit and financial recompense for his contribution

Weren’t there extremely hostile/bad vibes between Drop and HaaTa after the Halo switch came out due to some kind of licensing/IP ownership thing directly related to that switch? Wonder how HaaTa feels about the explosion of Halo-adjacent stems.

Yes, IIRC there’s an official statement about it on Input Club’s website, and last I heard Dorp was still paying royalties to the designer, and they also had exclusive rights to sell Halos.

That makes me wonder, though - where exactly do things like Polias sit? Are they similar enough to be under the purview of the license, and if so are they properly licensed?

It’s a lot less muddy with things clearly inspired by but also clearly distinct from Halo frankens, like Moyu Blacks.

I’m pretty sure canary switches are just blueberry recolors and different springs, so basically just a t1 stem I think

I’m pretty sure canary switches are just blueberry recolors and different springs, so basically just a t1 stem I think

The blueberry stem is pretty radically different from a T1 stem (and from… any other stem I’ve seen, for that matter), so I’d be interested to see (for a number of reasons) if this was using a blueberry stem 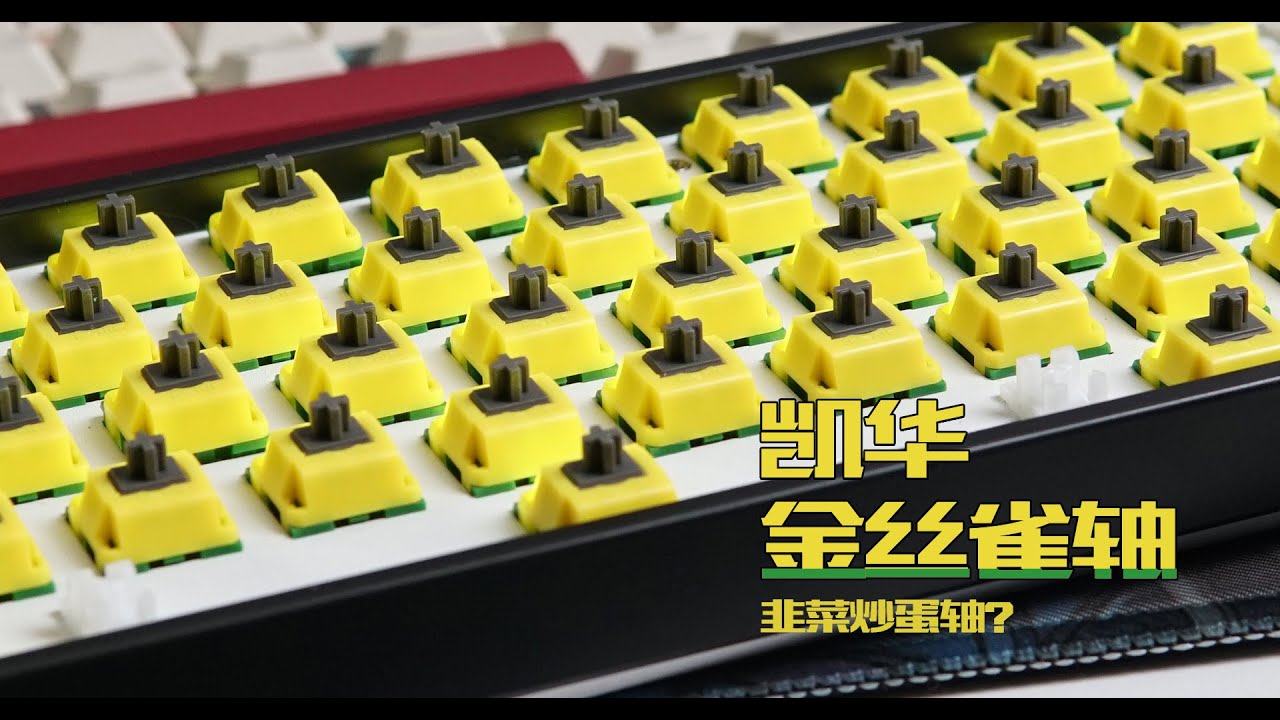 base on this video, it does not look like a blueberry stem to me. And kailh did not talk about they got a two-stage spring as well 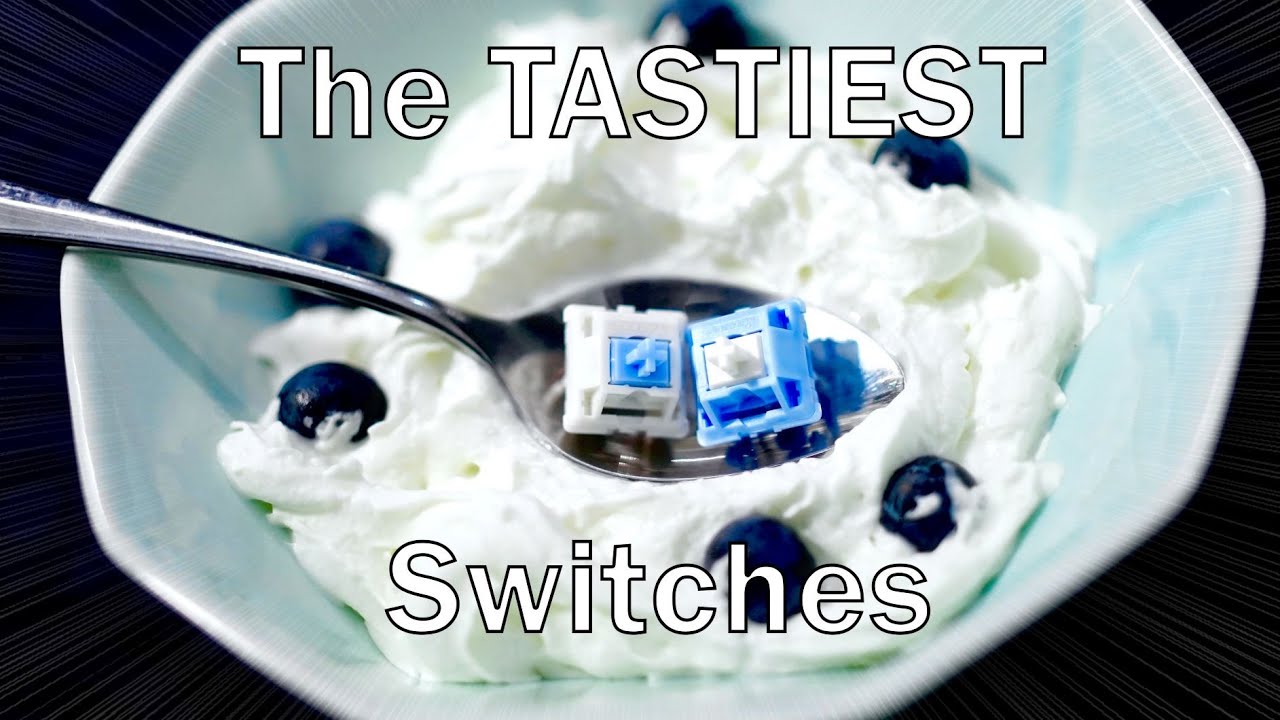 One of Shoobs’ talents is making his actually high-effort videos come across low-key. I dig the vibe.

The tactile stems sure do appear similar to Halos - always happy to see an alternative there. I slept on these, but I’m reconsidering…

Welp, I got myself some tactile ones. So far the experience jives with what everyone’s been saying here - I think the only thing I have to add at the moment is there’s some noticeable spring ping before lubing. The housing is slick to the touch; totally different plastic, but the feeling reminds me a little of the Moyu Black housings’ slickness.

These do have a nice plocky sound and “medium” tactility, and I look forward to experimenting with them. At the moment though, all I hear is “luuube meeeee”