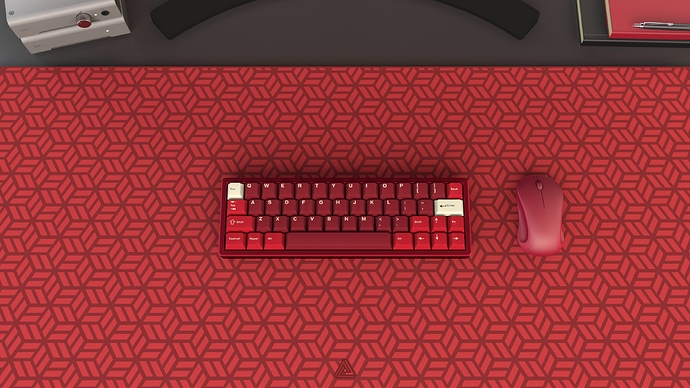 Don’t forget to check out the project page for more detailed info about the set:

Available for pre-order in February 2019

JAMÓN [χaˈmon] noun
1. A type of cured ham produced in Spain.
2. A custom keycap set designed by Zambumon. Made in Germany by GMK. 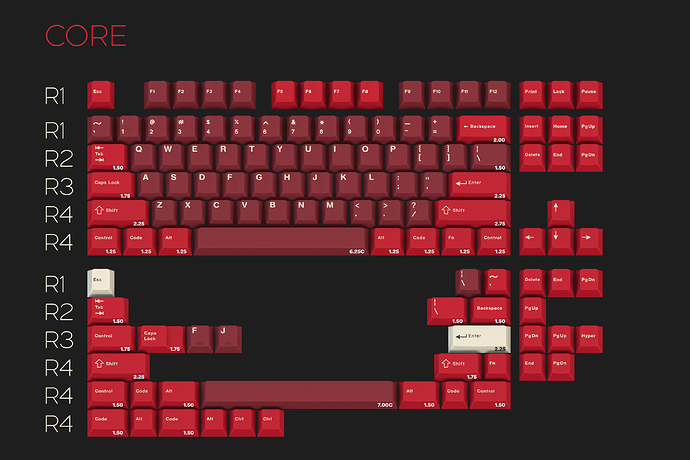 Jamón is built around its Core, which is the starting point for everyone. Composed by just 123 keys, it provides coverage for most keyboards ranging from 60% to TKL form factors, including those with a WKL bottom row, HHKB layout, or stepped caps lock. 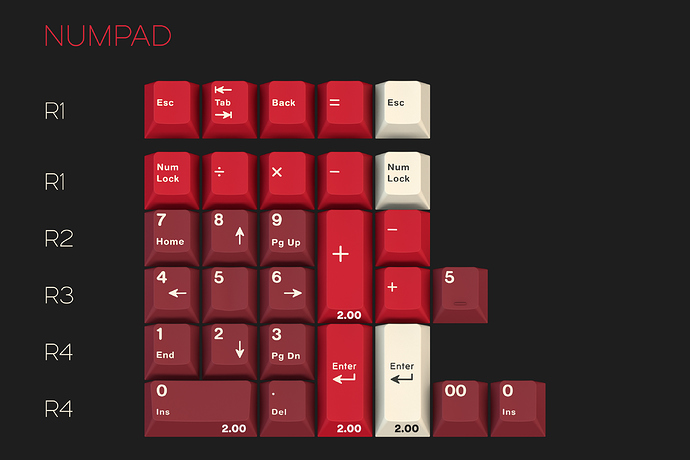 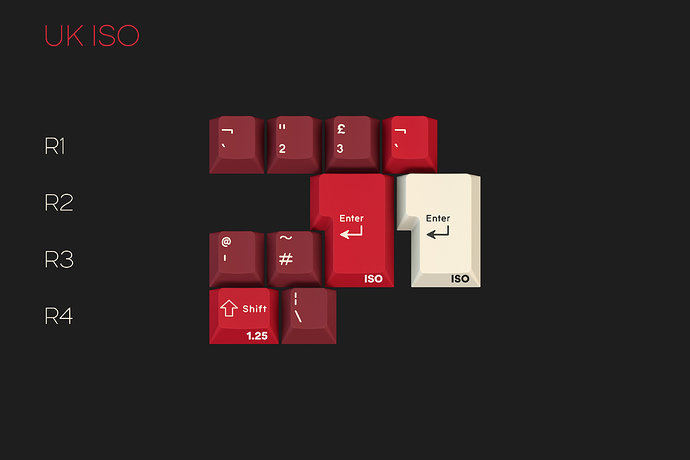 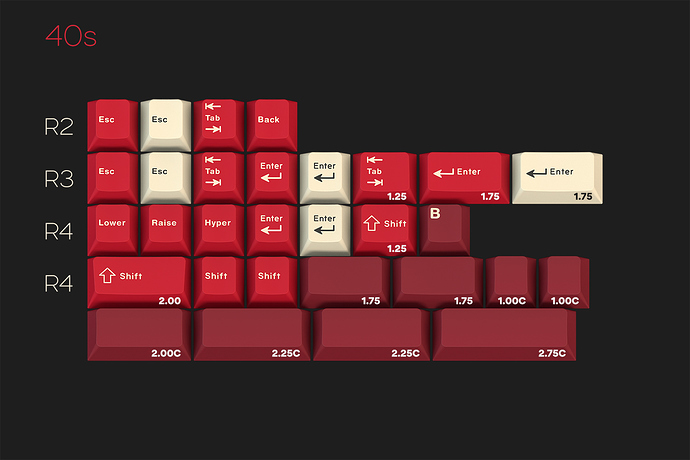 The 40s extension kit allows compatibility with many small form factor keyboards. Some notable inclusions are the 1.00U, 2.00U, 2.25U, and 2.75U spacebars, and a second B (used by some ergonomic keyboards), as well as accent Enter and Esc keycaps. 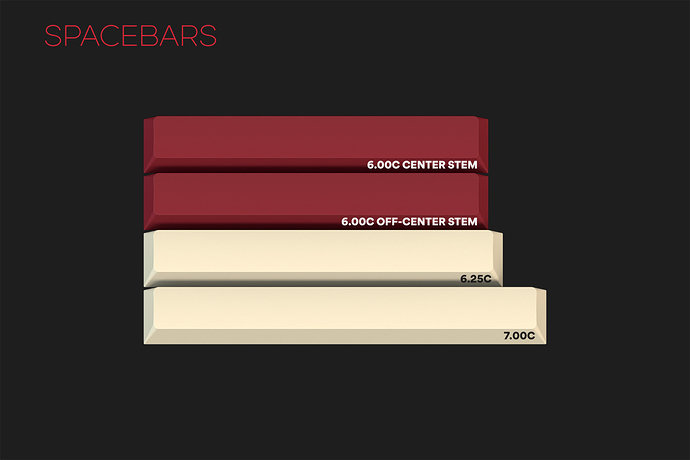 The spacebar kit extends Jamón’s compatibility allowing you to cover the Uniqey C70, and Cherry G80-1800 keyboards as well as Topre keyboards (using the 6.00U center stem spacebars, if you provide it with some Novatouch stab sliders). Additionally, 6.25U and 7.00U accent spacebars have been included. 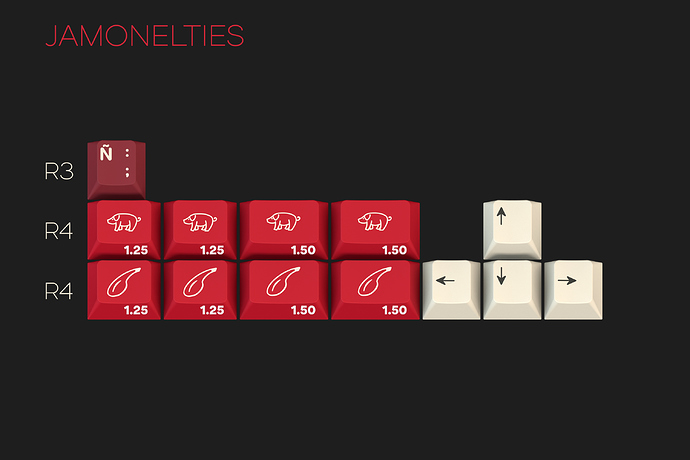 A small novelty kit with a set of accent arrow keys, a R3 Ñ with ANSI sublegends, and two Jamón related custom keycaps. 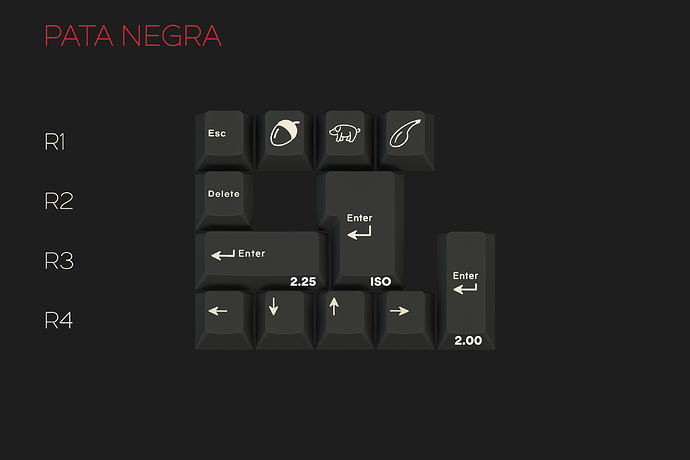 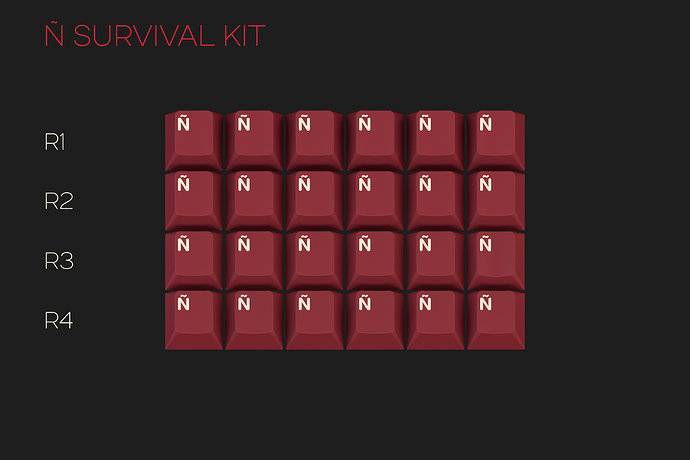 A set of 25 doubleshot Ñ keys, from R1 to R4, scooped key included, so you’ll never run out of them. 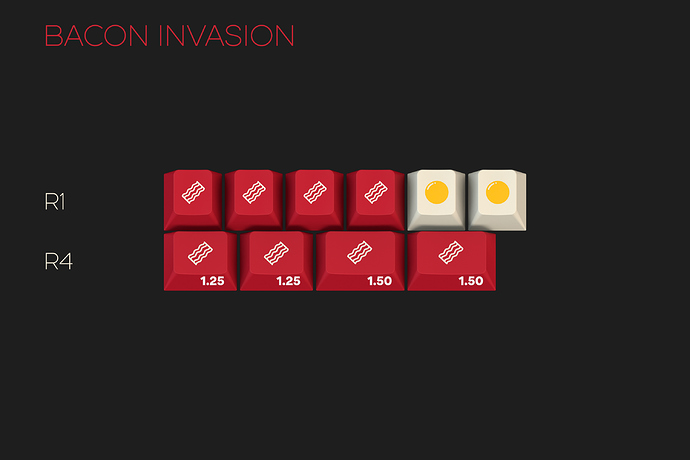 The Bacon invasion novelty includes a set of F-row bacon strips and eggs, and bottom row bacon modifiers. Because a pork set wouldn’t be complete without bacon. 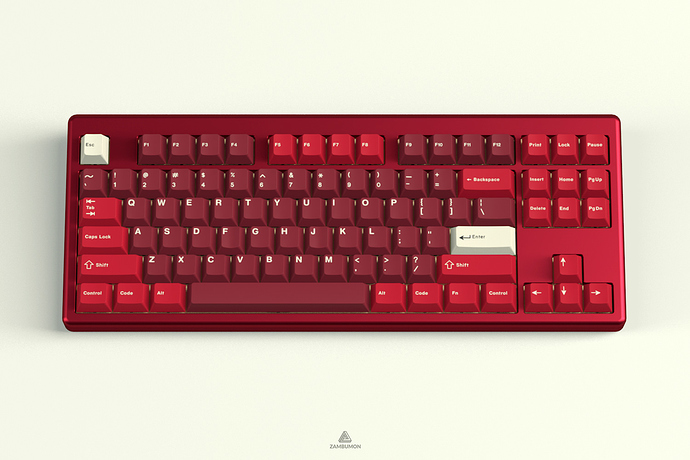 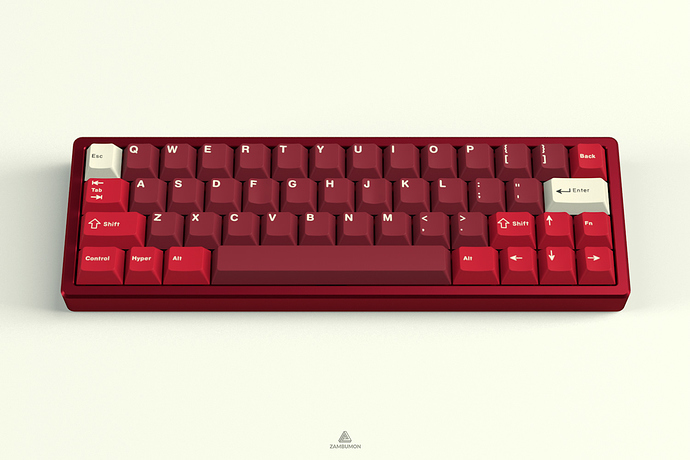 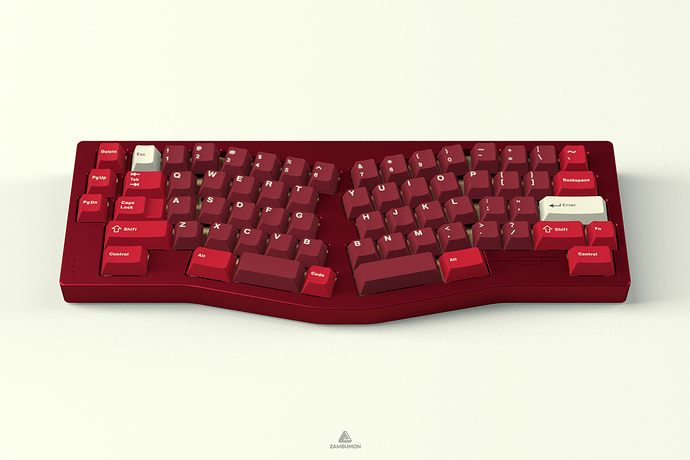 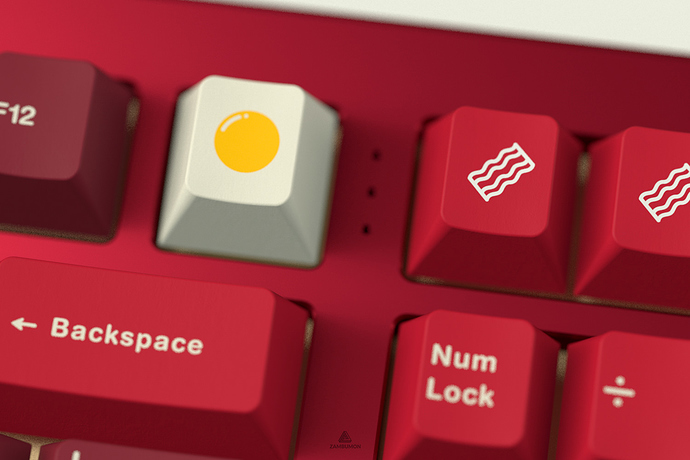 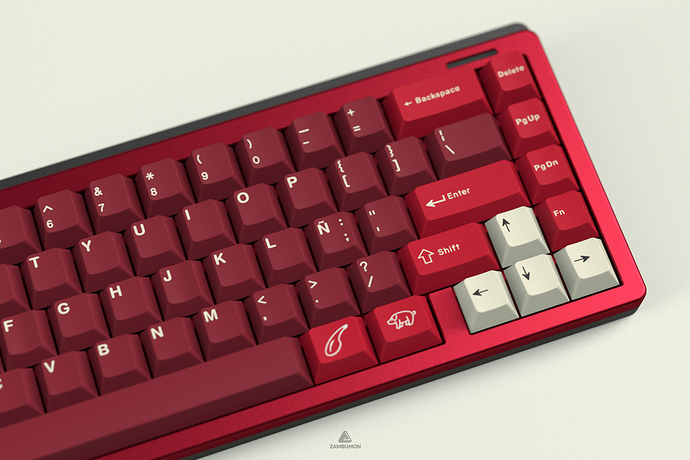 Thanks for the Alice renders and the extra B!

Definitely in on this. Super unique.

This just keeps getting better cant wait ill be in for sure,

No plans to add that key.

R3 PgUp and R4 PgDn are there — awesome!

I’ve been waiting for Jamón for a while. Here’s what I planned on doing with it before I gave up on CA66: 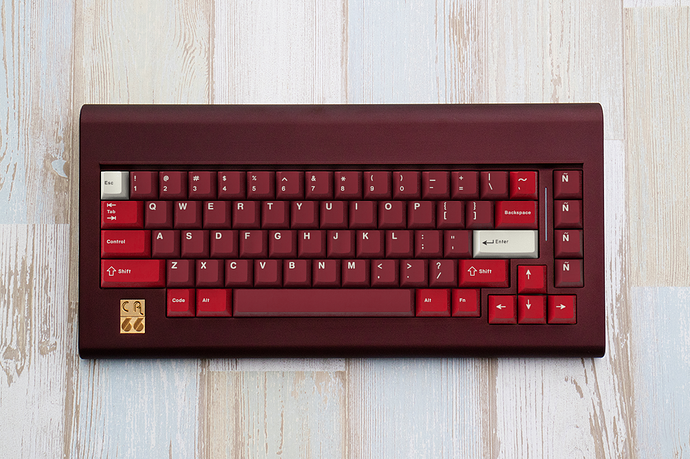 CA66-Jamon.png1080×720 1.11 MB
Although that’s probably not happening, I still can’t pass up on Jamón, especially with how great the sets are laid out.

One more thing regarding the legends: have you considered using Scroll instead of Lock as the one line Scroll Lock legend? @Zambumon

Yes, it’s just that I don’t like Scroll Lock.

Time to announce one of the collabs I’d like to do with Jamón.

Since I was super happy with the Serika deskmats and making them with Novelkeys, I’ve been working on two (more like one and a half) deskmat designs for this set:

Hexagon Red is a variation of the Hexagon Dark design Serika had, a general purpose deskmat that you can use with many other keysets. 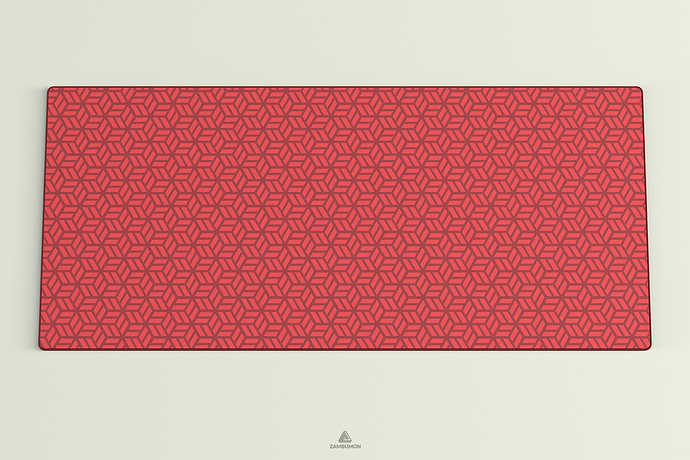 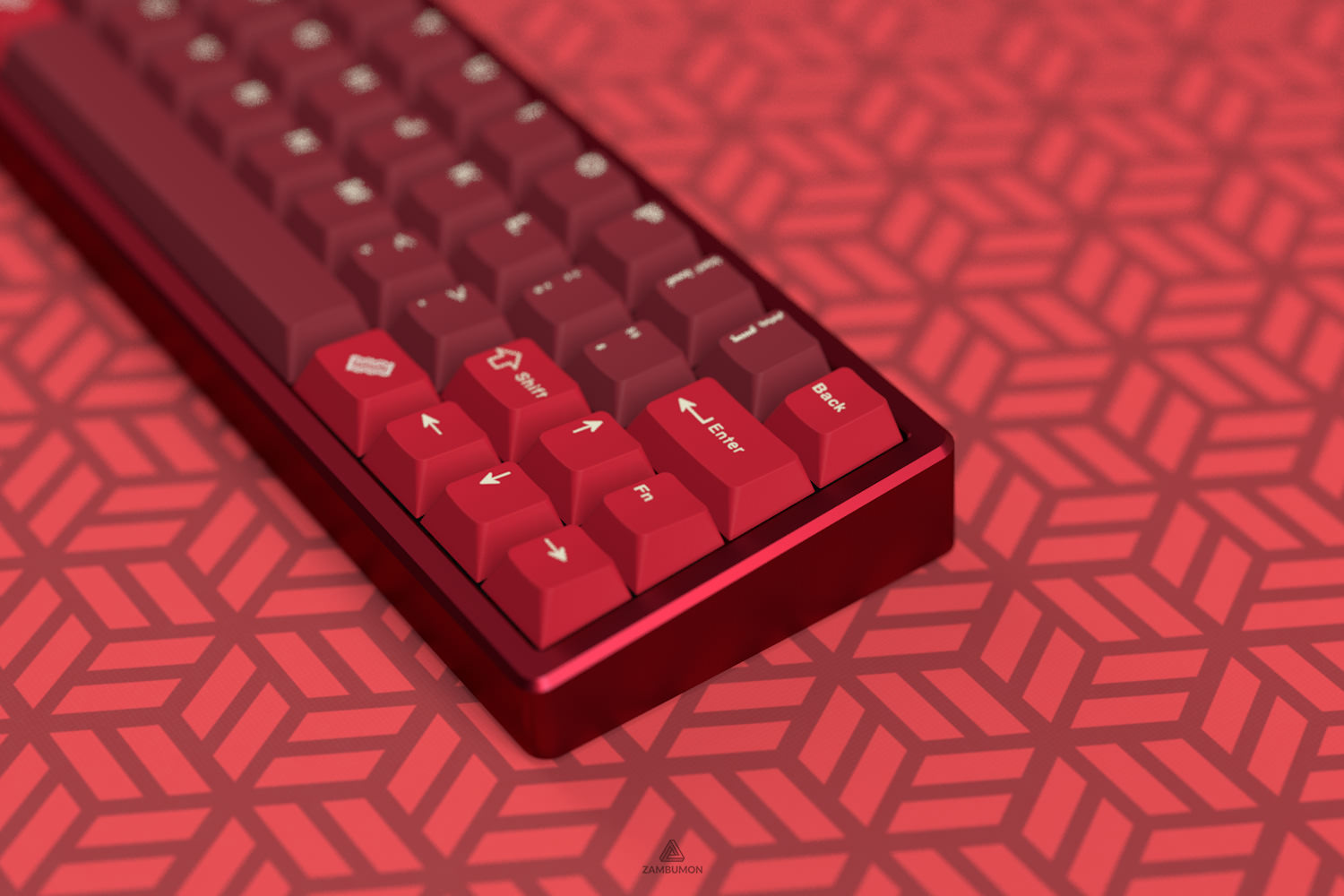 Acorn, Bacon, and Jamón novelties on a deskmat. 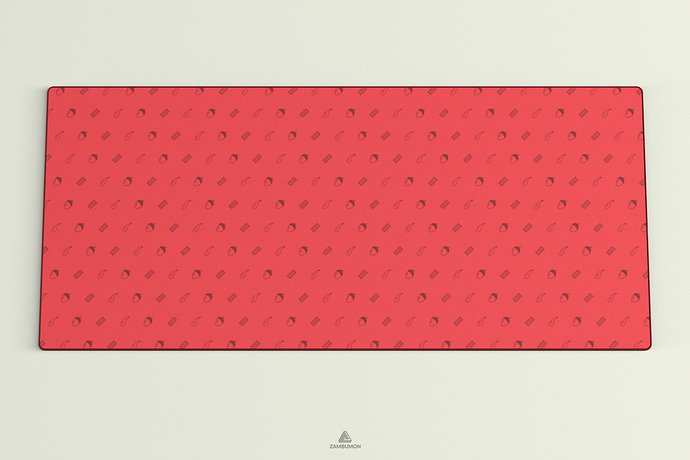 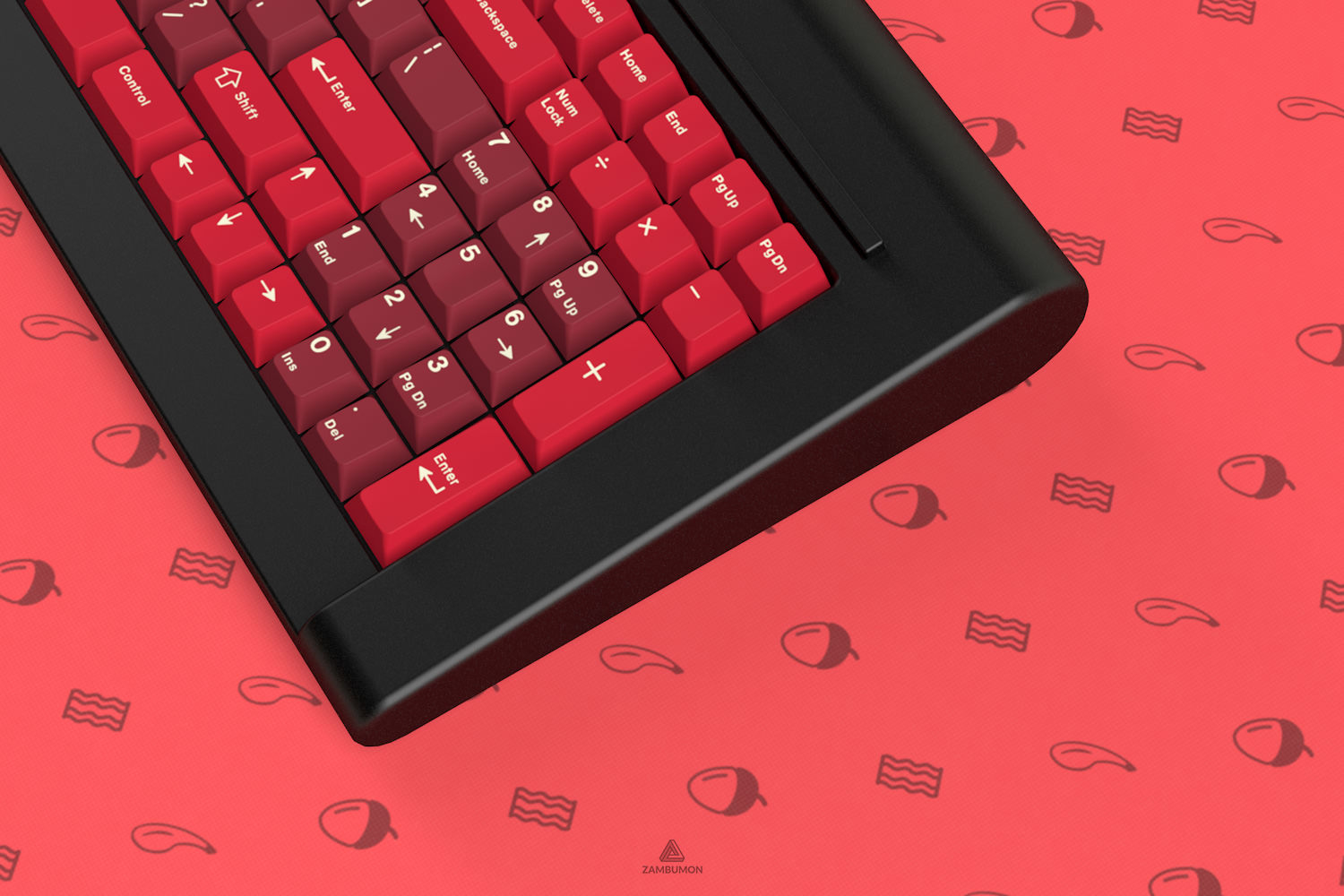 I would love to see 1U novelties on R4, I see a few other novelty sets by different designers but @Zambumon seems to stay away from them.

I would love R4 1U egg and or bacon novelties.

Might be too late to ask but this is a thing that I have enjoyed in other sets that seems to be missing in this one.

I particularly like their use for FN keys and WIN keys on the HHKB layout.

Otherwise I’ve been pro this kit since April 1st !

Ah so you prefer Lock over Scroll?

@sK0pe I don’t have plans to add R4 1U novelties, and I wanted to make the Novelty kits as small as possible and since most bottom rows either use 1.25U and 1.5, they were good enough for me.

@konstantin Yeah, Num Lock also bothers me, but not as much as Scroll Lock.

Am I correct that there is no 2u shift key in any of the kits?

Set looks better each day, I love the mats btw. The Serika dark has become my favorite.

Maybe I missed this but is the white alpha legend a defined GMK colour? 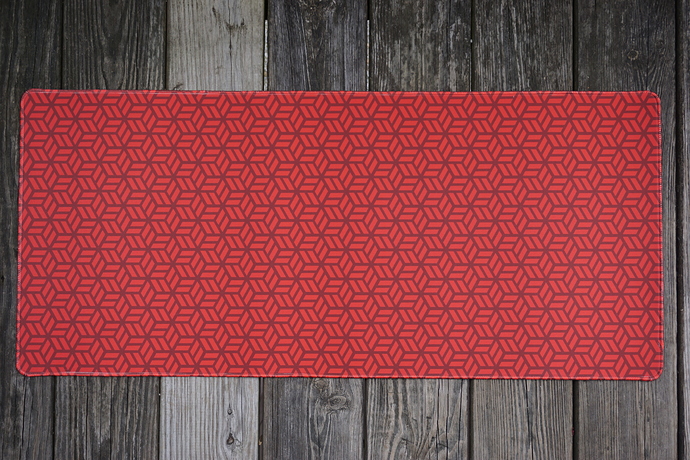 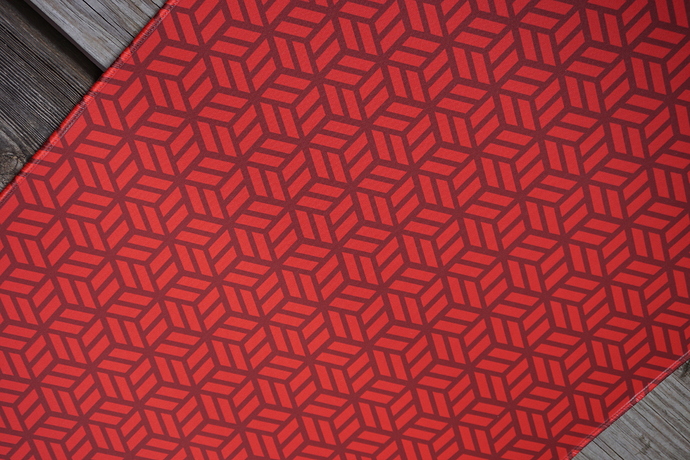 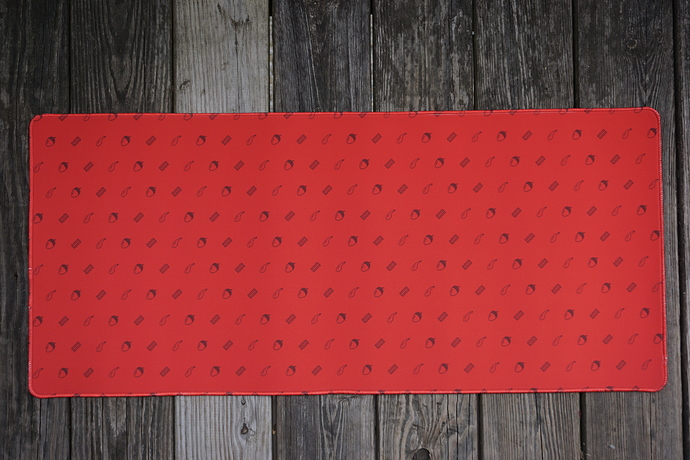 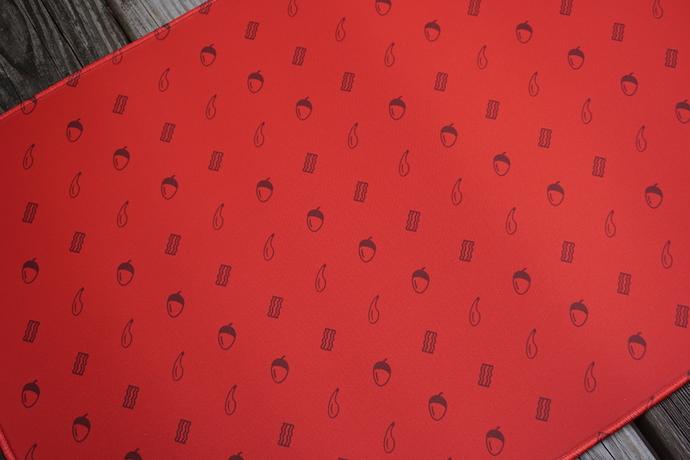 Samples look better than what I expected, Novelkeys is sending me some so I can check if everything is correct.