A few months ago I added Holtite sockets to a Leopold FC980m. After some trial and error I stumbled across someone who had a one liner Reddit comment reply saying use solder paste. I ordered some on Amazon and it worked out great I was able to get all of the sockets flush with the PCB. No shenanigans with tinning the sockets and minimal filling sockets with traditional solder.

After at least 4 whole board switch swaps I only had a problem with one socket that was pulled out with a switch. I was able to resolder paste and install the socked quickly. (I think it came out because I was using switches that had been soldered before and didn’t have super clean pins.)

I did try some Mill-Max sockets (models: 7305 & 0305) but didn’t like how the lip of the sockets made the switches sit above the PCB. I couldn’t get one of the switches to sit flush against a plate in a numpad set up so I went the Holtite direction.

I am about to start doing this again on another board and I realized that Holtites fell out of popularity a while back. I am curious does anyone know why? (ie Mill-Max are just superior, Holtites are too hard to install and/or PCB compatibility is not good failures etc)

Is there any other alternative to Holtite or Mill-Max? (Kailh ones require being designed into the PCB so they aren’t an option for my case)

In my opinion Kailh sockets are hands down the best. There is one problem. The PCB has to support them, so unless you are building a board that has a PCB that supports them, you won’t be able to use them. As far as I know Holtites and Mill-Max are your only option.

Thanks for you feedback. I will stick with Holtites for this build.

My current technique is good but but I ordered some of those one key PCBs to see if I can turn it into a jig for under the PCB while soldering to keep the sockets super straight.

One thing I’d like to see PCB designers start doing is sizing their PCB pinholes to the 7305 spec size (1.524mm), which is a tiny bit bigger than the cherry MX spec footprint hole size. I switched my switch footprints to the larger size and 7305s sit lower on the PCB, install more cleanly and look nicer.

Unfortunately i don’t have any PCBs with 7305s installed that aren’t currently built into a keyboard. Next time i have something disassembled I’ll snap some shots…I can’t say for certain that it changes how the switches sit, I just noticed a clear improvement in how the sockets sit when installing the 7305s. Maybe i’ll pop some sockets into a spare PCB tonight and see if I can tell a difference on how the switch sits.

Had some extra Mill-Max sockets lying around so Dremmeled one down to be as thin as possible while still having a lip. This is really hard to see in person let alone in a picture. But even the dremeled one sits just off the PCB. Maybe I could create a 3d printed part to fit under the switch like a switch film but that seems like way more work then I want to get into right now. 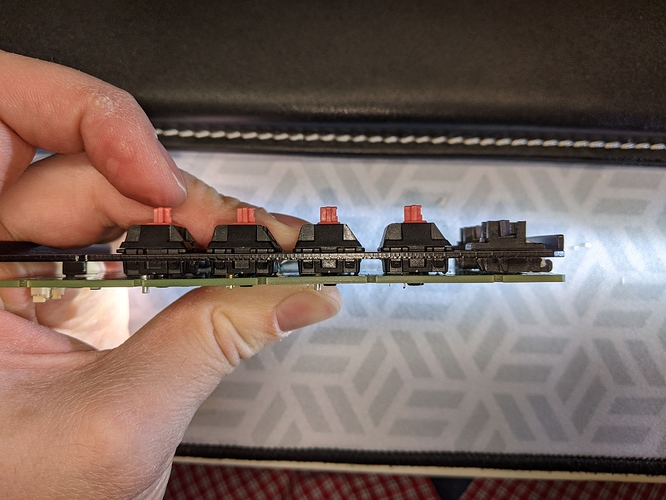 Mill-Max Socket close up. (The one I Dremmeled in the photo was an oopsie but in reality it is about 1/2 the lip height of the 7305. 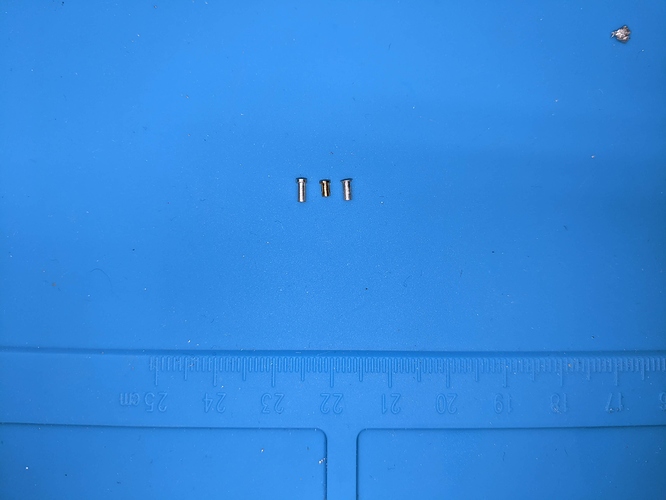 I can totally see it in the photo - the un-modified ones don’t let the little corner nubs touch the PCB.

I’m really glad I found this out before I soldered a bunch of those in, because I did just get some Milmax sockets - though reading through this thread and checking back through my keeb modding playlist I realized it was Holtite sockets that I meant to get. This guy makes installing them look pretty easy:

That is a good video! It varies greatly from PCB to PCB. Some are very tight and it is a squeaky to push it to the right spot, others are super loose. If it is loose you can apply a little bit of solder then suck it out and it slightly reduce the diameter of the hole, holding the socket tighter (or you can try solder paste, which I am still experimenting with).

Regardless of the technique, it is extremely satisfying to get the sockets flush. Good luck!