How long will our keebs last? (deterioration over time)

As someone who has done a lot of restoration of older computers from the 80s, 90s, and 2000s, I’ve started to wonder about how some of our keebs will last over the long term (say 10-20 years from now or longer). For example, lube. It’s quite common for the grease or oil used in vintage computers to turn to glue over time, preventing a disk drive from functioning, for example. How long will the lube we apply last?

What about things like tape mods on PCBs? Tape has a tendency to dry out and flake away over time. And what about the various gasket materials or sound-deadening foam? All of these can potentially deteriorate over time. I’m sure it depends on the exact materials used, but I can’t help but be reminded of the rubberized materials I’ve seen on older electronics that are now turning sticky and gross as they break down. And I’ve already seen some of my ABS keycaps turn yellow in just a matter of 2-3 years.

Just wondering if anyone else had thought about this.

I’ve thought about it. But I figure by the time they degrade too badly I’ll be nearly dead. They won’t all keep their value, but I’m sure people will find ways to restore the good ones.

I think this is part of what draws me to boards that support non-custom PCBs. So if in the future I ever have another moment of extreme stupidity and pull a trace on a PCB, I’m not completely out of luck. I realize that’s not a forever guarantee but barring something going wrong with the case itself, my hope is that they can last indefinitely.

Sure, it’s not perfect but for things like gaskets that are more specific, it’s still possible to find something that’s either likely a replacement or can be made to work. So that makes me hopeful. I love the boards that I own and I want to keep enjoying them for as long as possible.

This definitely crossed my mind the last couple times I opened my Portico, which uses soft white-ish foam gaskets and has shaped silicone in the case. Both have already started to discolor noticeably. I don’t think it’s gotten much in the way of sun, but may very well have gotten quite warm (and very cold) in my office closet, which tends to stay closer to the outdoor temperature than whatever I’m keeping the office itself. (Old house.)

The silicone will probably be fine for a long time even though it already looks weird (you’d think it sat on the couch next to Bart Simpson’s chain-smoking aunts for a decade given its current color, but no). Those foam pads, though, are going to turn into piles of smush-able sand given enough time. If I’m still around and using the keeb by then, I’ll probably find something closer to soft silicone rubber to replace them with.

I was organizing keycaps last night and also got to thinking about durability. I’d just finished putting a bunch of DCS extras into a cap tray before moving onto a fairly cheap dye-sub PBT set from PovertyKeys I’d gotten for a relative, and the latter feel like they could last through nuclear war.

I love how the thin DCS caps can really bring out the subtle sounds in a switch, as well as retain more of a switch’s subtle tactility compared with heavy caps - but I also love how over-built these chonky ones are. Significantly thicker than GMK and made of PBT with quite decent dye-sub work on them - also noticeably thicker and heavier than NK’s PBT caps, for example. They’re like little stones. Guaranteed to interfere all over the place with South-facing switches, I’m sure - but they’d also probably outlast whatever they’re mounted on by a couple hundred years if given the chance.

I’m about five years into this hobby, and I used to think the custom builds are there to last. Boy was I wrong. Concerns about plastic, foam, grease components are valid no doubt, but so far I only had some sun fading on 3d printed cases. What surprised me though is the high fail rate of MCUs. From now on my builds to be based on easy-to-replace controllers only.

Those foam pads, though, are going to turn into piles of smush-able sand given enough time.

So I opened up my Portico yesterday… ha, at least one pair of pads have transitioned into the aforementioned state…

That does make me kind of curious - I don’t think the lower-left corner of the PCB got any more sun than the rest, but those pads have out-aged the rest. I’m assuming some kind of off-gas exposure but who knows.

One thing I really like about the Frog mini and TKL are the tadpole mount systems. Super easy, effective, and I feel like it will last a lot longer.

This post does bring a good question, I look at my KBD67 Lite with the silicone gaskets and then I look at some old EarPods I own, with their plastic cable getting degraded and sticky over time and I do worry when will this happen to any of my boards?

The plastic cases will last, but will people open their boards and find out the internal silicone degraded and got sticky?

So far I haven’t had any silicone items go sticky on me. I have had plenty of it turn kind of tan colored, but no nastiness like old “soft touch” electronics finish gets. I’m thinking those earpod wires have something else in them that degrades - I have some silicone cooking stuff that’s been around for a few decades at least, and it’s just discolored.

Foam, though, you can absolutely expect to disintegrate.

I don’t think my Portico is even two years old and some of its pads more closely resemble fluffed sesame paste than foam.

Haha right I haven’t even considered silicone silicone utensils used in kitchen, and just used a silicone ice tray before commenting, that makes me a bit easy.

I figured those gaskets wouldn’t last much, I still want to try a board though, I guess top mount will make a comeback in the near future.

I think KBDFans’ newest board (TofuJr) gives the option of silicone gasket or top mount, and I know I’ve seen at least one other have both as an option.

In most cases, it’s not terribly difficult to pour a new silicone gasket DIY-style, so there’s longevity there too. My biggest concern is gasket mount, where the foam is integral to the keyboard structure and not just used for sound dampening. There are also various formulations and qualities and densities of foam, so I don’t think there’s a simple answer for how long foam will last in general.

Gaskets seem like an easy diy to me. Just get a sheet of foamy material, put double stick tape on the back, and stick it to the plate.

I don’t think the material really makes all that much of a difference. The way most gaskets are overly compressed when built makes me wonder if you could just as easily use some craft foam. 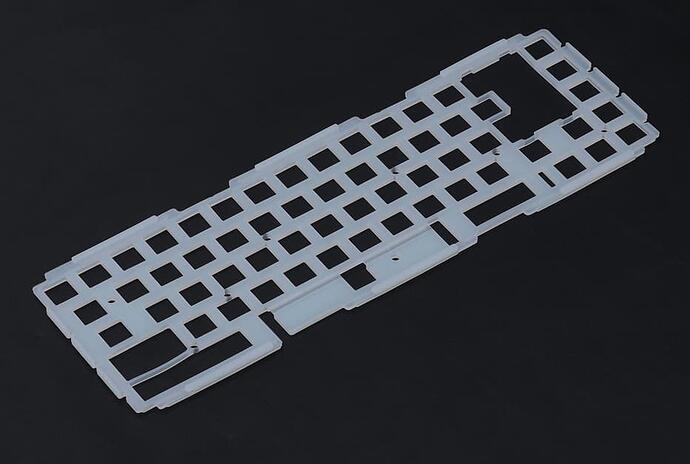 It acts as dampening between the plate and pcb, but is also the part interfacing with the case and holding the assembly to it. (I think the word “gasket” probably isn’t the right one here, but I don’t really have a better alternative.) It’s like your typical sandwich filler, except it has tabs coming out on all four sides that get sandwiched between the case halves. They have sort of slots in the case they fit into. It’s also intended to be paired with 8 little shaped silicone “top gasket” pads. 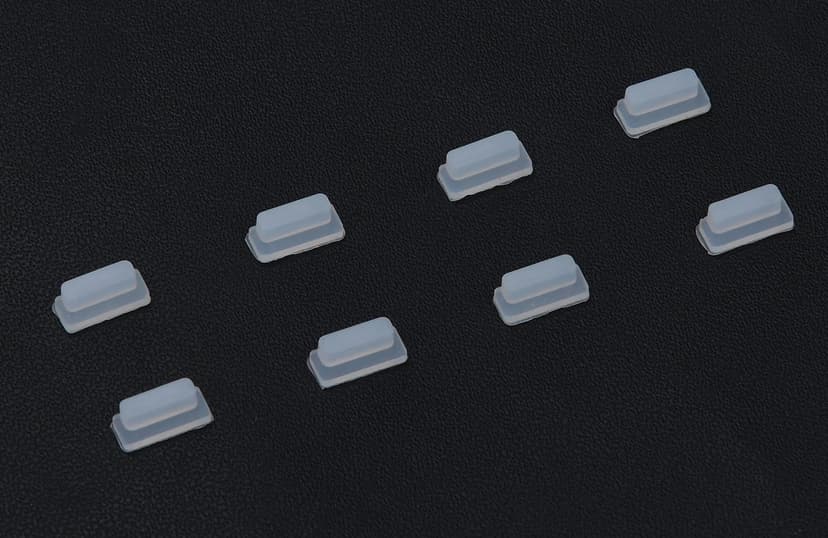 Quite possible to reproduce I’m sure - but more challenging than just a few strips or even a mute filler, if only because of the fairly precise shape the… interface tabs?.. need to be.

How long do you think this silicone piece will last?

I feel like it should last a good while as long as it isn’t exposed to any chemicals that would help break it down. If it’s anything like silicone cookware or sealant, it should last a good decade or two before it starts to become compromised. From what I read, even leaving it in the sun is okay (still wouldn’t recommend it). My KBD67 Lite R1’s silicone looks exactly like it did on day one - and while the silicone in my Portico has gone tan colored, it doesn’t appear to be any less flexible or supple.

This remind me KBDFans actually released the plate and silicone files.

Worst case scenario if the silicone would start to degrade before the KBD67L becomes irrelevant, people would have the 3D model to create molds or have 3rd party make new silicone. 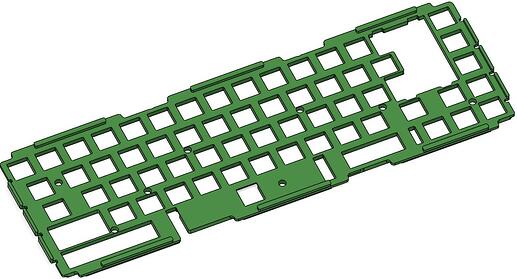 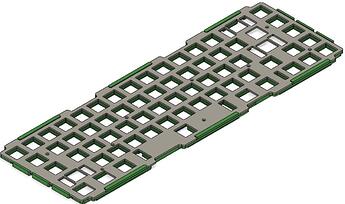 Sells factory-produced products for a living 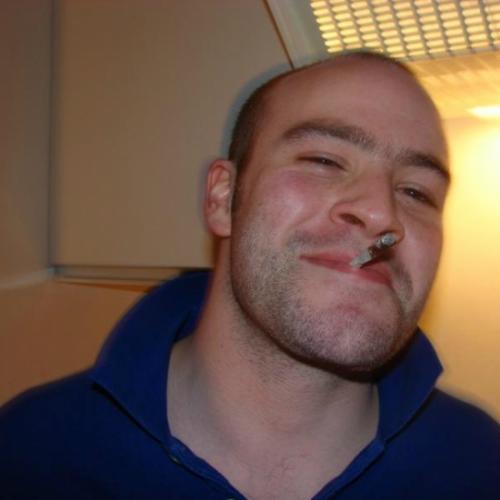 I think they’ve pretty much moved on from the 67L, but I wouldn’t be too shocked if it gets a refresh a couple years down the line like the Tofu is getting now.

I ordered an extra set of poron gaskets or two for my Brutal65 v2 the day they became available for this reason. Well, and to do that half plate build.

Will they still degrade in their sealed pouch? Maybe?